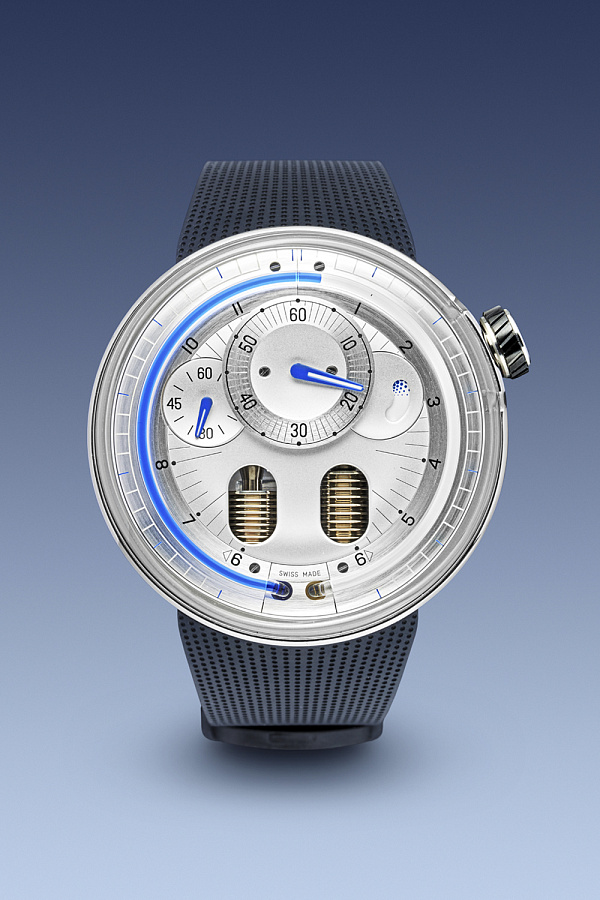 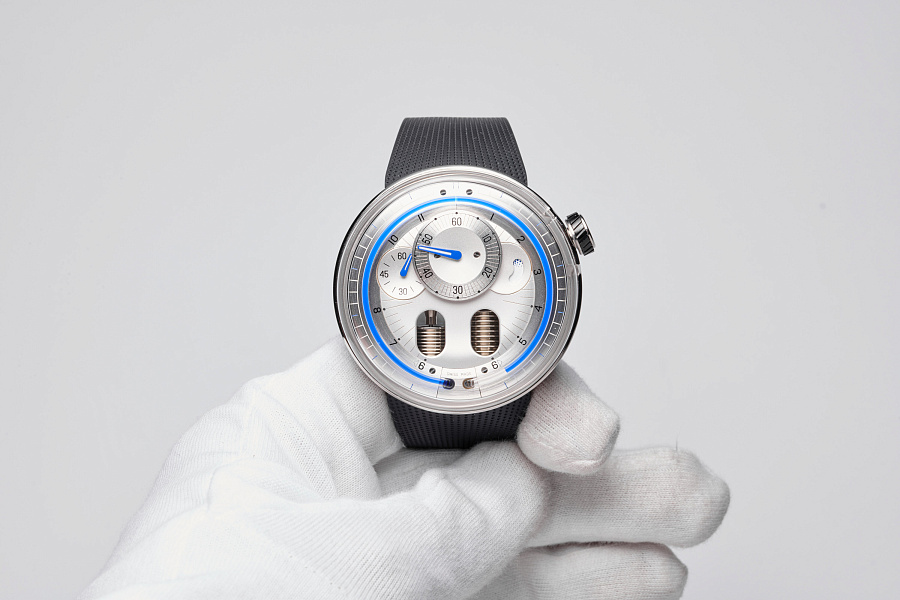 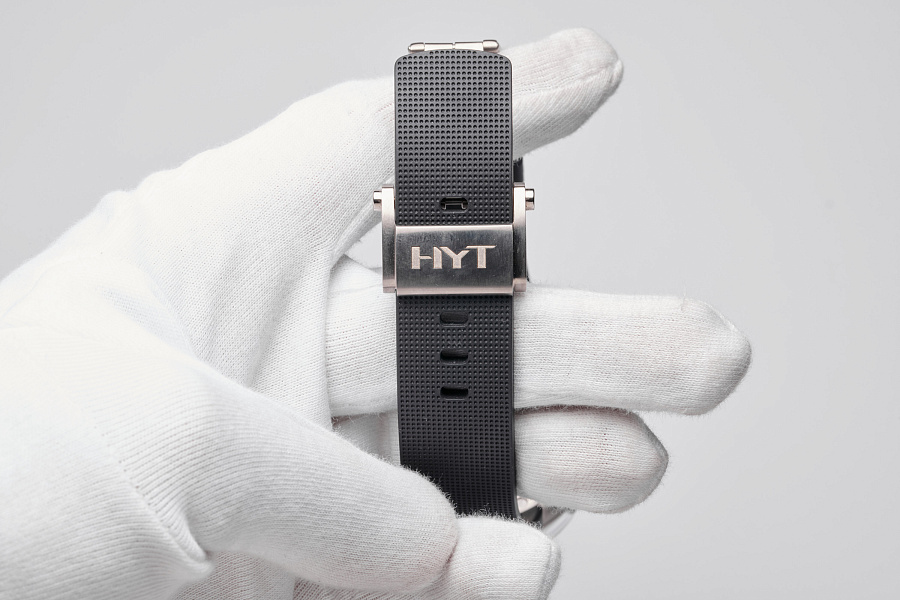 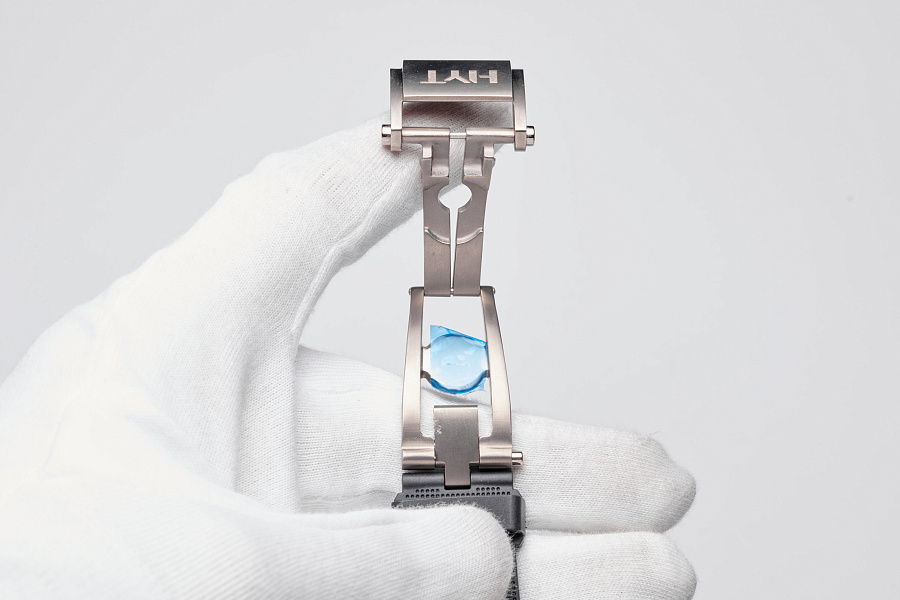 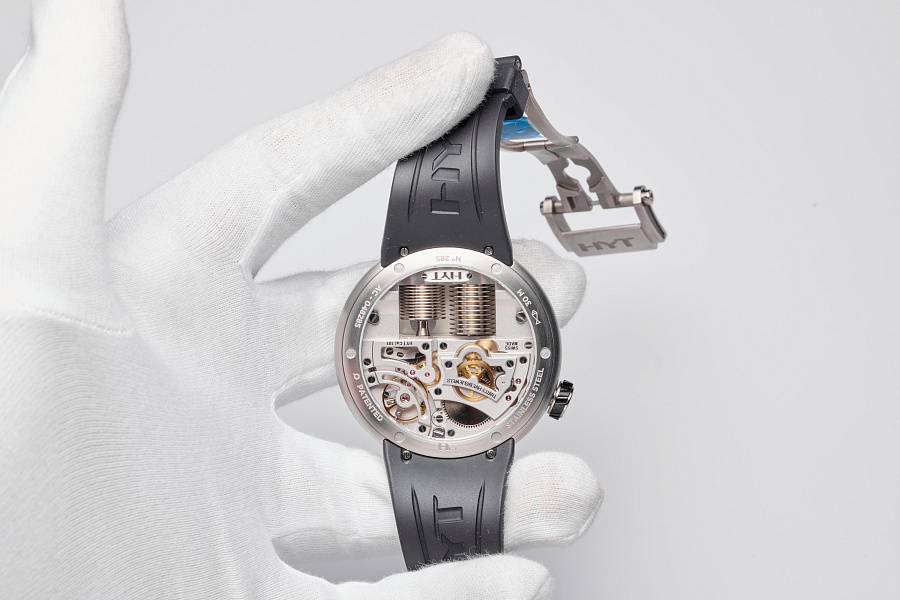 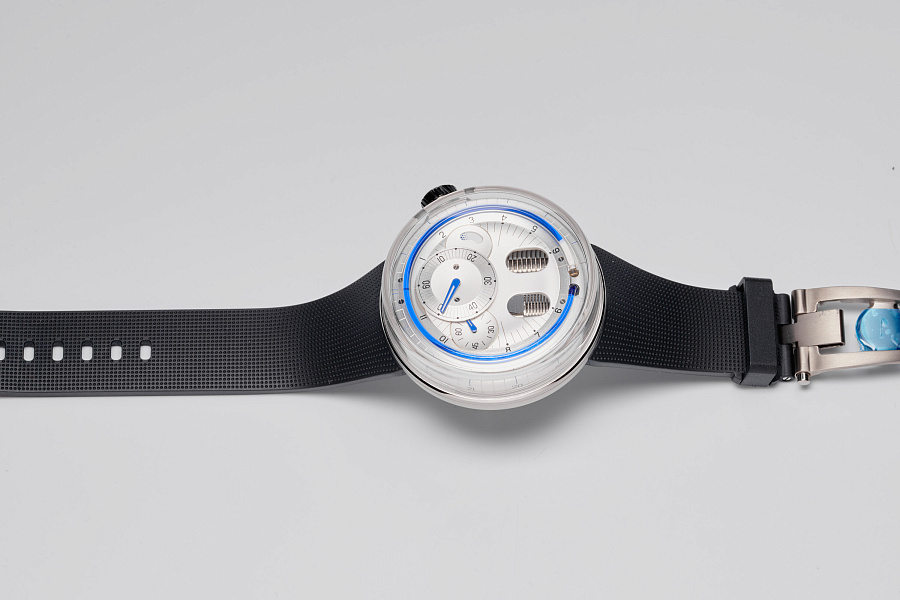 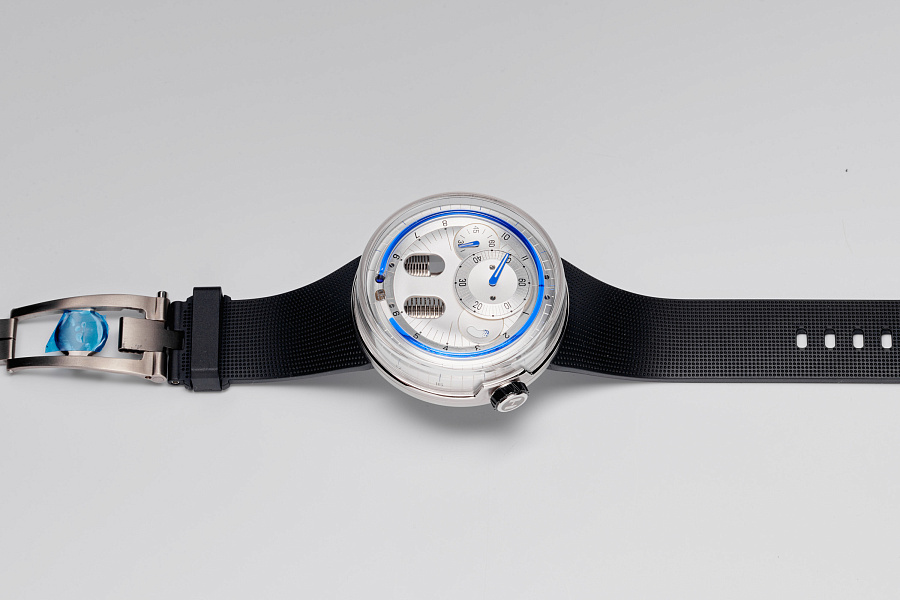 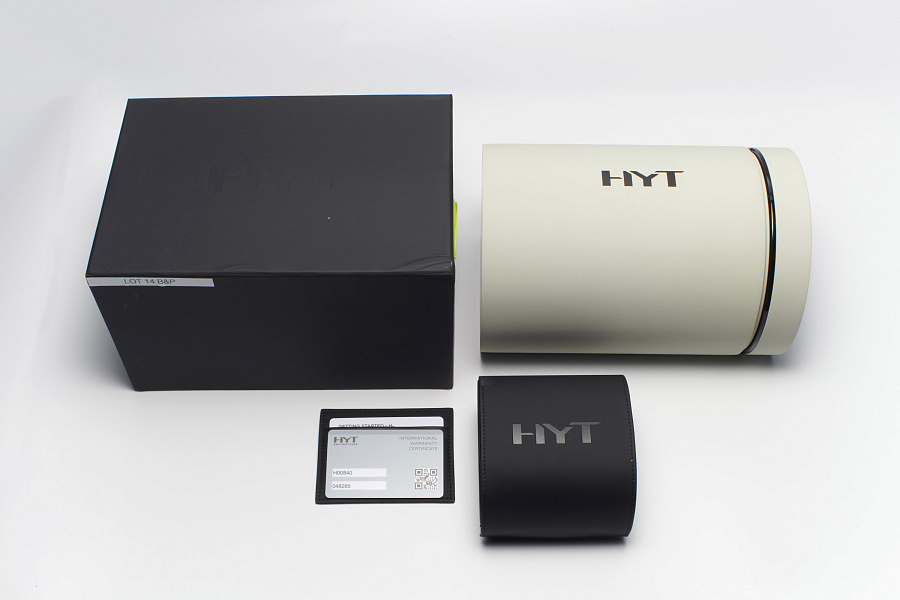 HYT is one of those newly-founded watch brands that are the enfants terribles of the modern watch industry. The starting point for the founding of the brand was the idea of a hydro-mechanical timepiece, allowing the brand to gain a distinct position in the market and which sets HYT watches apart from all other brands. The process of brand development cannot be called smooth: it is currently managed by its third team. This fact makes the release and discontinuation of references unpredictable, which brings liveliness and dynamism to the collection – in the end it may well increase the attractiveness of the brand’s now discontinued watches as collectibles.

To a large extent, the attractiveness of this lot is increased by the fact no other watch brand produces watches of such kind.

HYT has produced a large variety of designs, all based on hybrid calibers with hand-wound basic movements and the liquid system developed by HYT in collaboration with the Helbling Technik company in Switzerland. For the mechanical part of its calibers, HYT cooperates with watchmaker Jean-Francois Mojon and his complications atelier Chronode in Geneva (the caliber of the present example) or with Giuglio Papi and the Audemars Piguet Renaud & Papi movement factory. The hydraulic part of the present caliber HYT 101 is an extravagant structure with two bellows that each operate the coloured and transparent fluids, which are not miscible. The liquids are directed into a curved capillary and the moving interface between them is the hour indicator’s marker.

The present reference was launched in 2017, and is characterized by the brand’s signature hydro-mechanical system and nearly monochrome white metallic design with blue accents of the fluid and hands. The reference was discontinued in 2022 due to a relaunch of the collection. The design of the caliber is equally unconventional, with a hydraulic upper part and mechanical underneath. The fixed caliber parts have matt sandblasted finishing, while the functional components are finished in a traditional way, giving a catchy contrast to the two bellows made of shiny multi-layer metal.

A combination of unconventional design with an equally unconventional hydro-mechanical caliber characterizes the present reference. To a large extent, the attractiveness of this lot is increased by the fact no other watch brand produces watches of such kind. This extravagant brand wrote one of the most avant-garde pages in the annals of watchmaking in the 2010s, partly changing our perceptions of just how crazy designs, calibers, and watches in general can be. Therefore, the HYT H0 Silver Ref. H00840 would be a fine and desirable purchase for the collector looking for a rare and unusual mechanical watch, made by a small independent watchmaking brand, eminent producer of unconventional and spectacular watches.

The keen collector should note that also offered for purchase in this sale is an impressive all-black HYT H0 Blue Night Ref. 048-DL-93-BF-RU watch, which may be a perfect partner and a stylish compliment for the present lot.