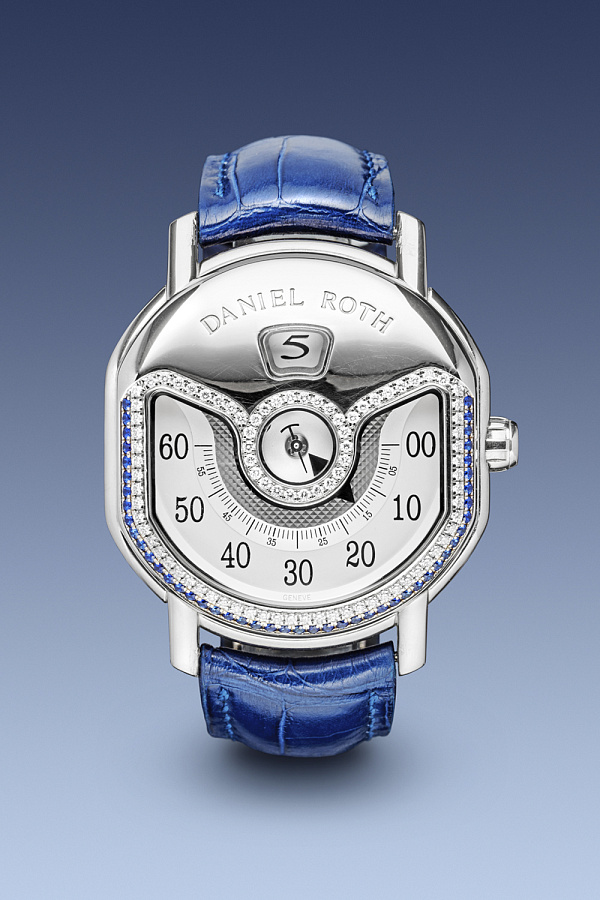 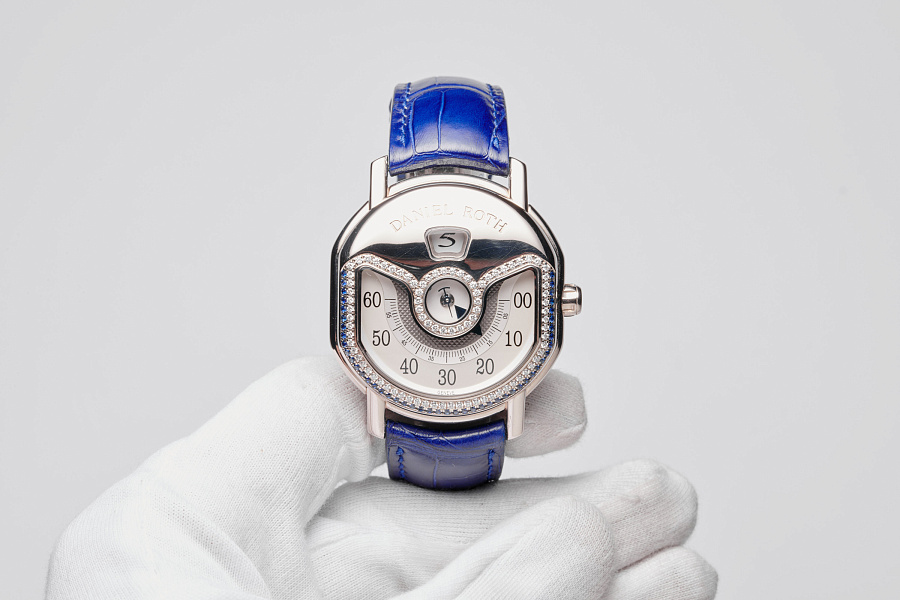 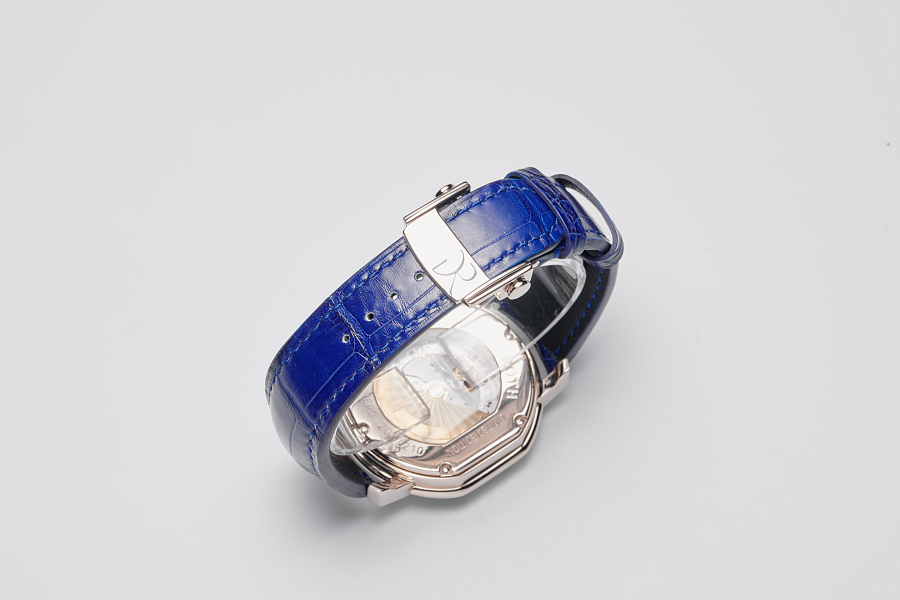 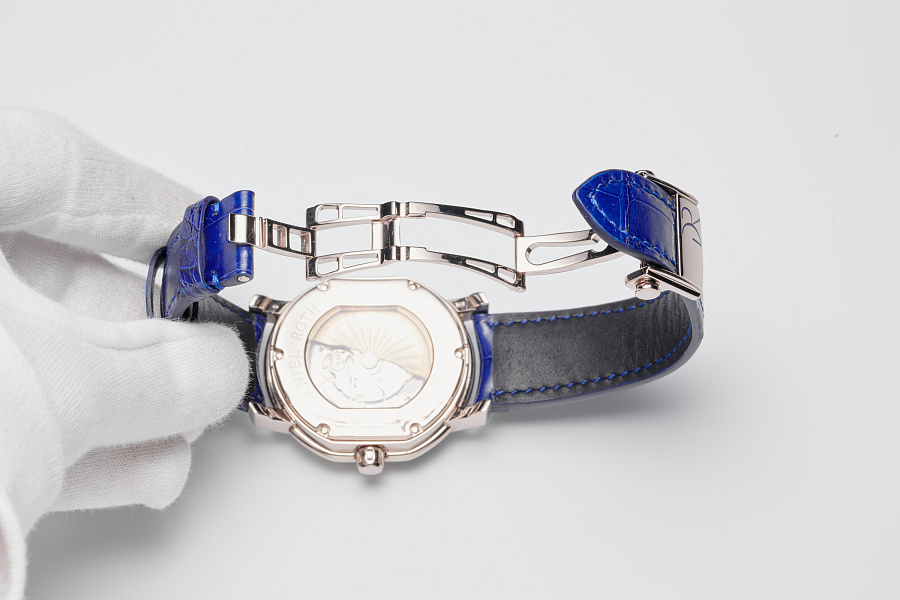 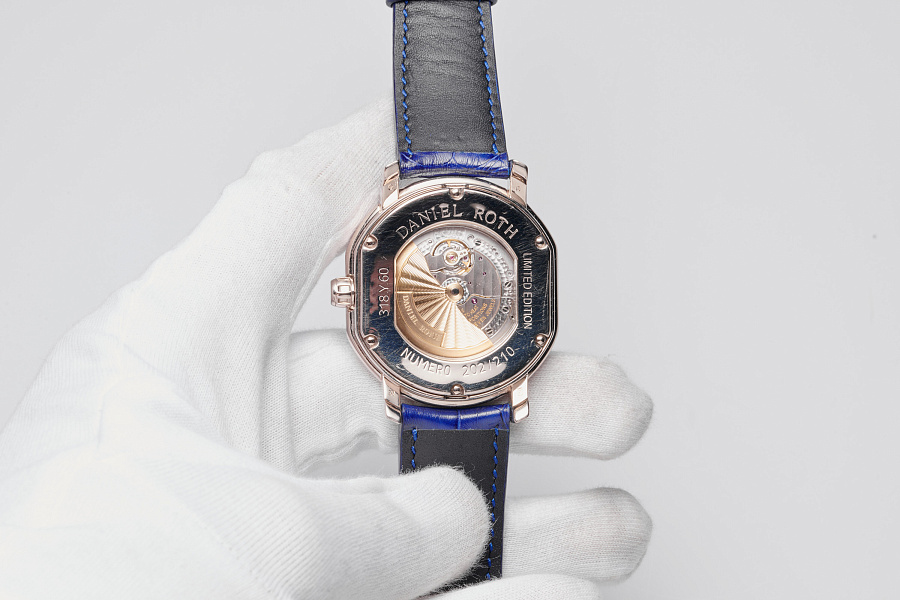 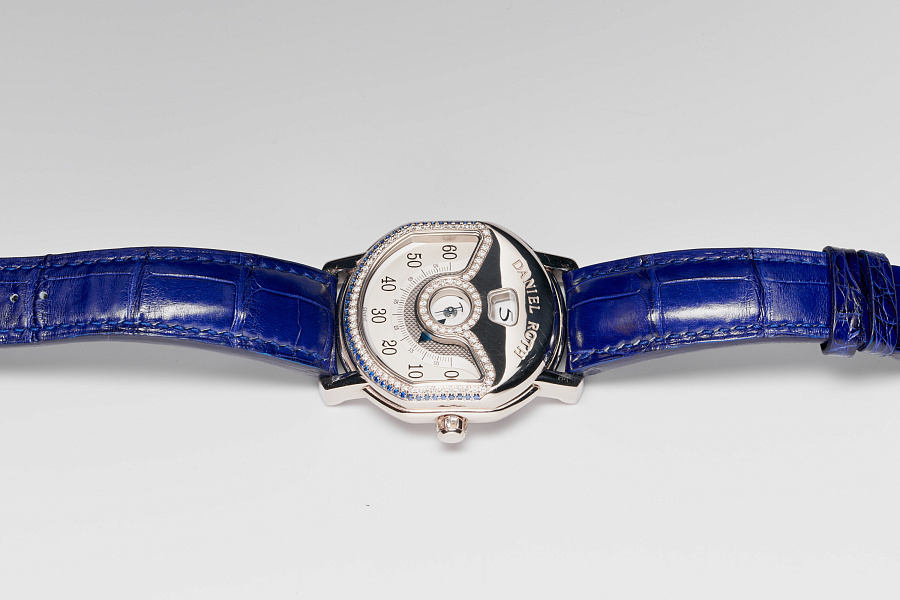 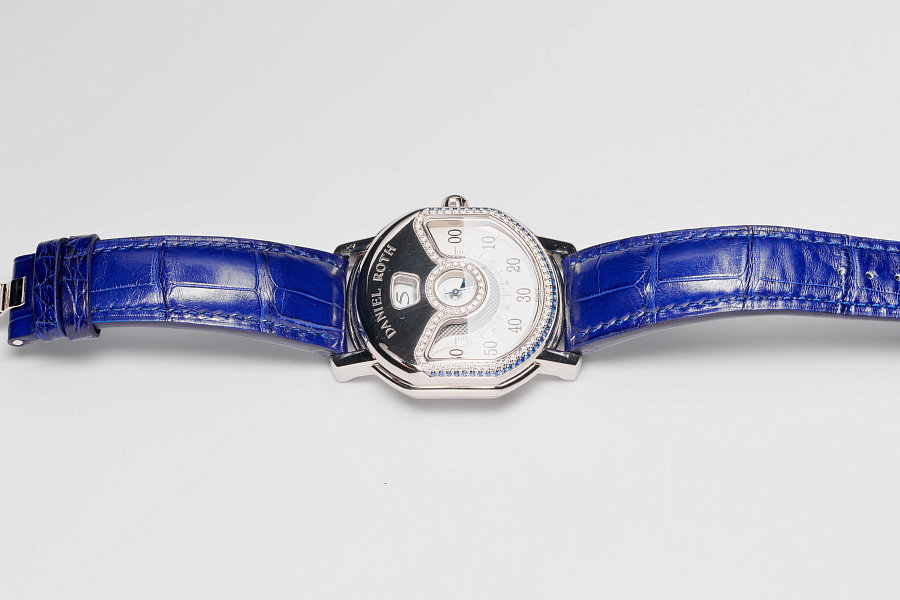 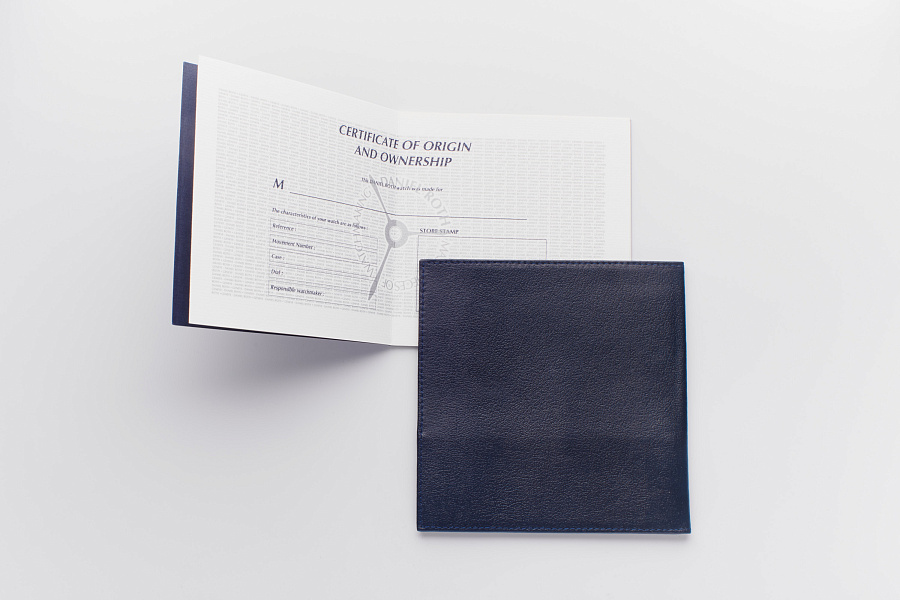 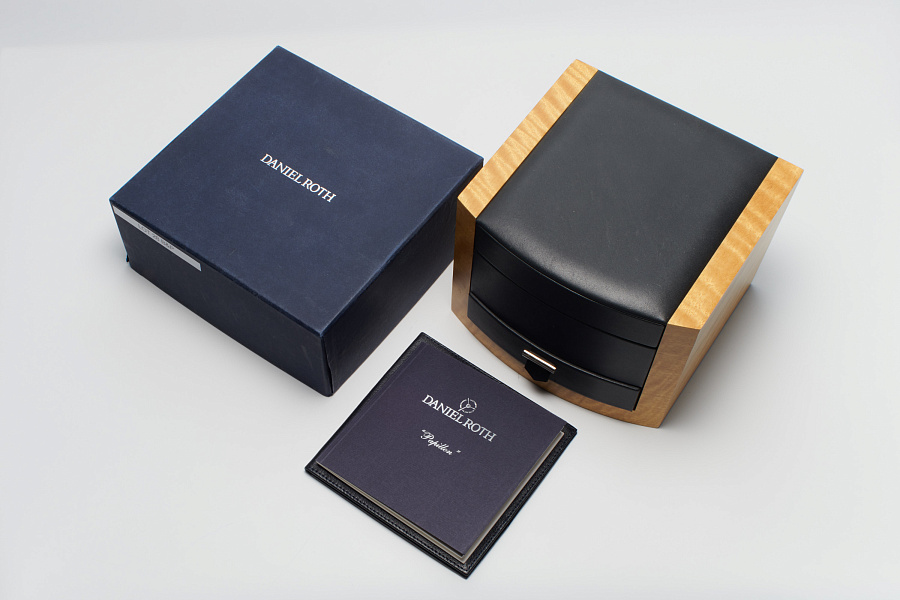 Daniel Roth developed the ‘papillon’ complication with jumping hours, retractable minute hands and central small seconds hand on the occasion of the brand’s 10th anniversary in 1999. Offering an original alternative to the traditional retrograde function, the first-generation Papillon limited edition (250 pieces, calibre DR317) was the last creation of Daniel Roth himself. He was actively involved in the design of this watch before leaving the company upon its sale to Bulgari in 2000.

The Papillon design was subsequently revisited by the brand in 2005, which launched the Académie Ellipsocurvex Papillon Ref. 318.Y limited edition of 500 timepieces in total: 210 pieces in white gold (as in the present example), 210 in rose gold, and 80 in platinum. The watches were powered by the self-winding DR115 caliber, based like its predecessor on a Girard-Perregaux GP3000 movement-blank and accommodating an additional module for the ‘papillon’ complication. This movement was entirely finished in-house, including decoration, hand chamfering, the Côtes de Genève pattern, and the solid gold rotor decorated with a guilloché pattern.

The peculiarity of the present lot is the refined jewellery execution, with the front cover of the case encrusted with sapphires and diamonds.

The DR115 caliber was housed in the newer Ellipsocurvex version of the brand’s signature double ellipse-shaped case, which featured an accentuated convex upper surface. A polished cover encloses the upper part of the case, with the windows for jumping hours and a central small seconds hand, along with a smile-shaped display, extending over the entire lower part of the dial. This enables one to follow the retractable minute-hands mechanism in operation, and of course to read the minutes. Subsequently, the brand turned to the ‘papillon’ complication several times, offering various design options, including very sophisticated models with a chronograph function or a central tourbillon (as a part of the Bulgari collection).

The peculiarity of the present lot is the refined jewellery execution, with the front cover of the case encrusted with sapphires and diamonds. This is an extremely rare version, almost never appearing on the market. In our opinion, the brand released a part of the limited series in this luxury execution, most likely the last 15 or 20 copies. Also of note is the presence of a rare unusual type of triple folding clasp, marked with the artistic DR monogram, while almost all limited-edition pieces came with a double folding clasp, marked with the standard Daniel Roth logo.

The Daniel Roth Académie Ellipsocurvex ‘Diamonds & Sapphires’ Papillon Ref. 318.Y.60 would appear to be a desirable purchase for the collector thanks to its unusual design, elaborated hand finishing of the case, dial and movement, as well as the unique branded ‘papillon’ complication. This limited-edition watch in 18k white gold rarely appears at auctions and is undoubtedly highly collectible, especially the present example in an ultra-rare jewellery execution with a triple folding clasp of a non-standard style. It is a real find for the collector, a rare chance to acquire a true rarity of an exquisite brand that has ceased its activity.