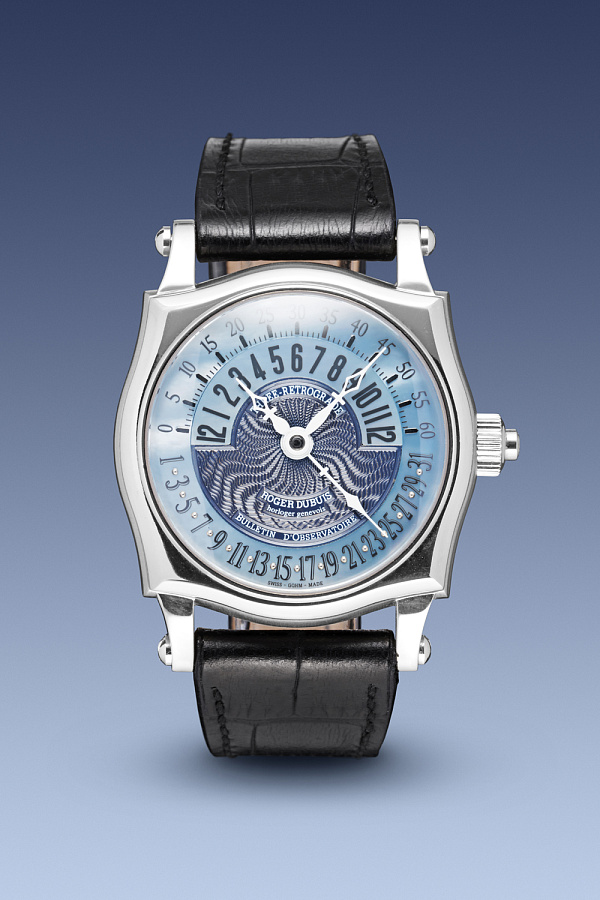 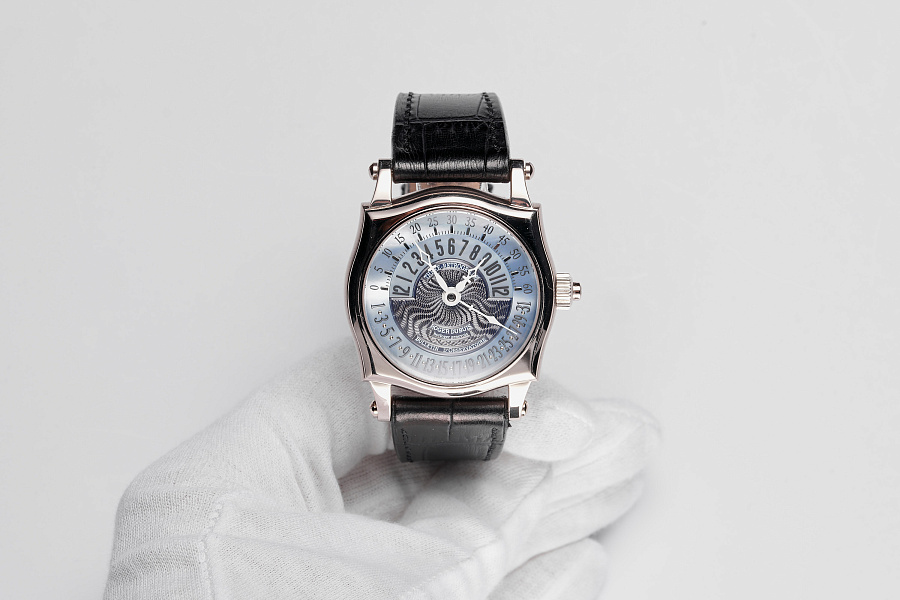 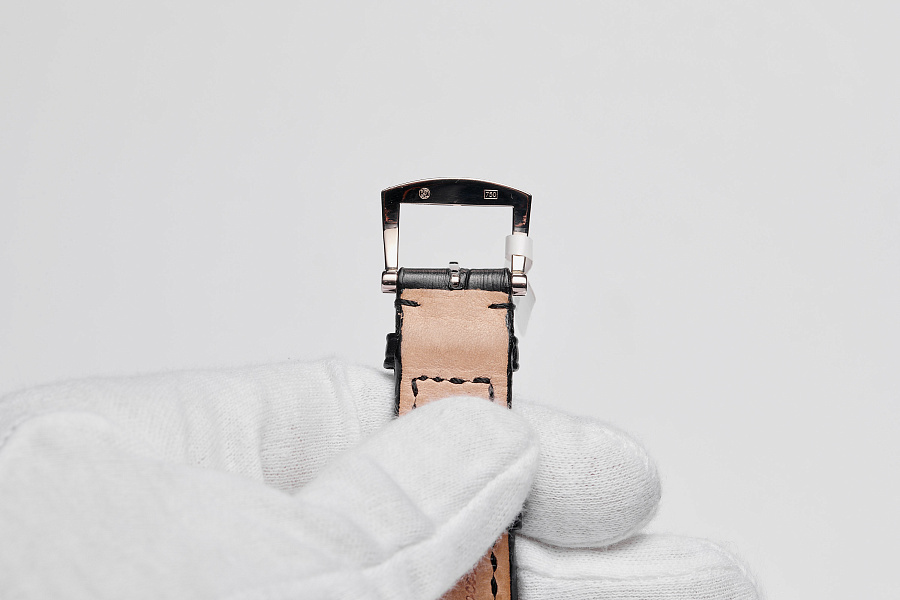 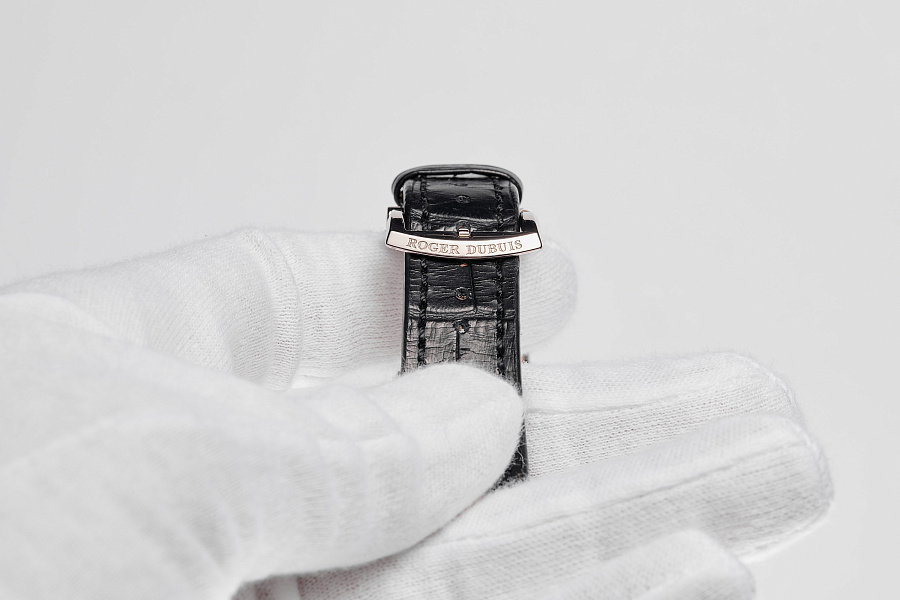 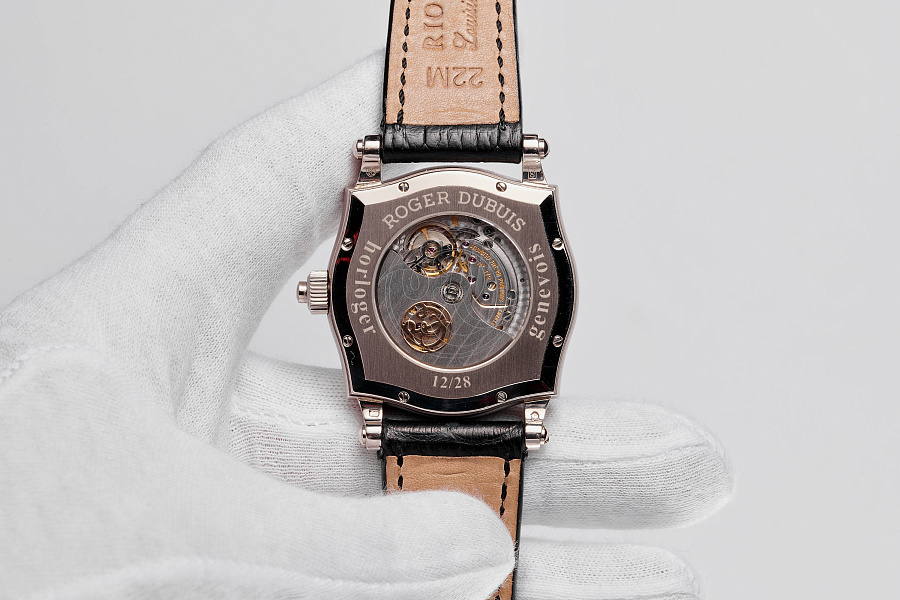 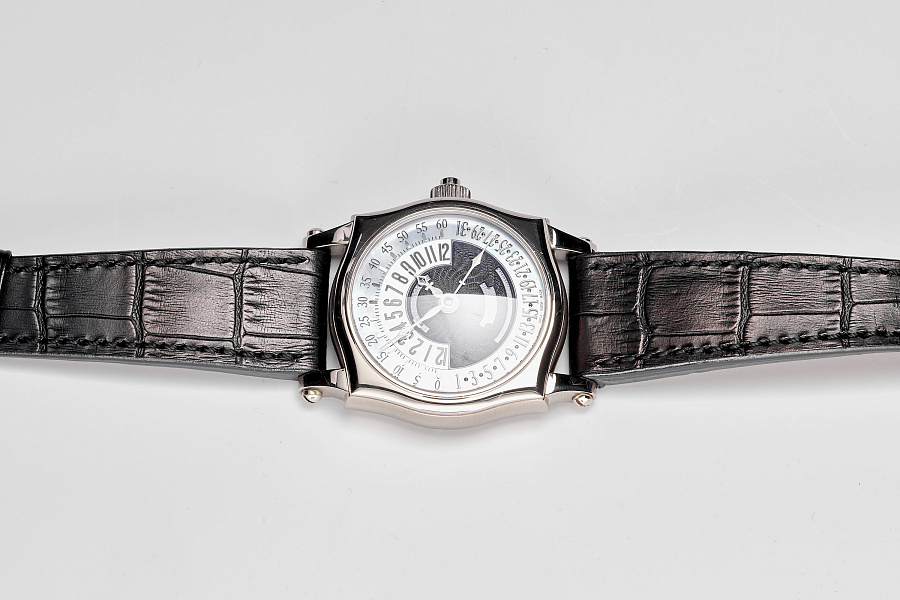 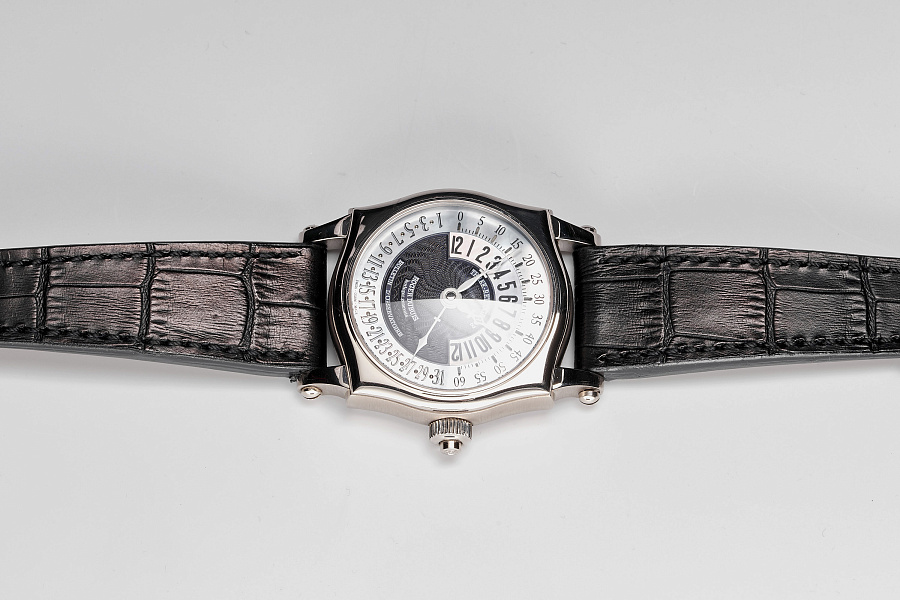 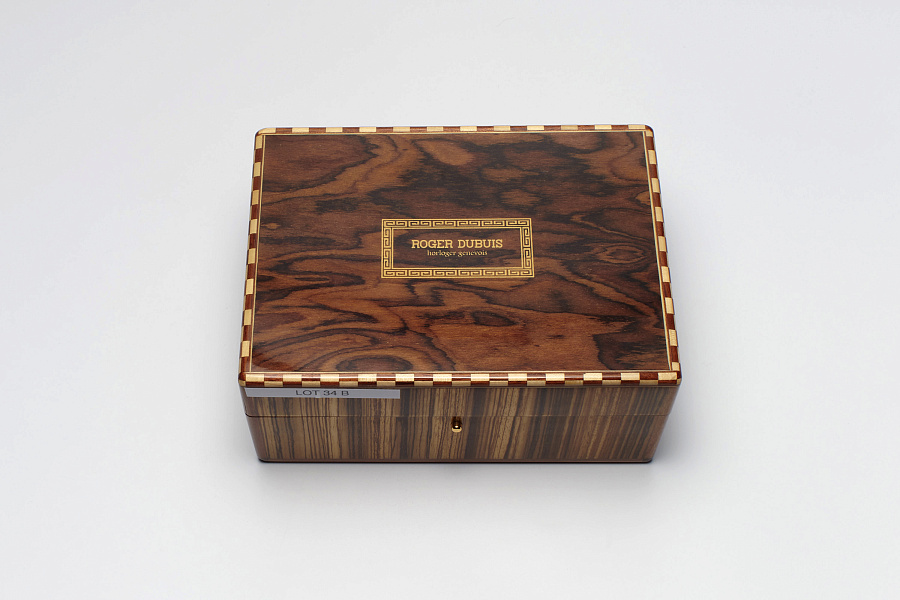 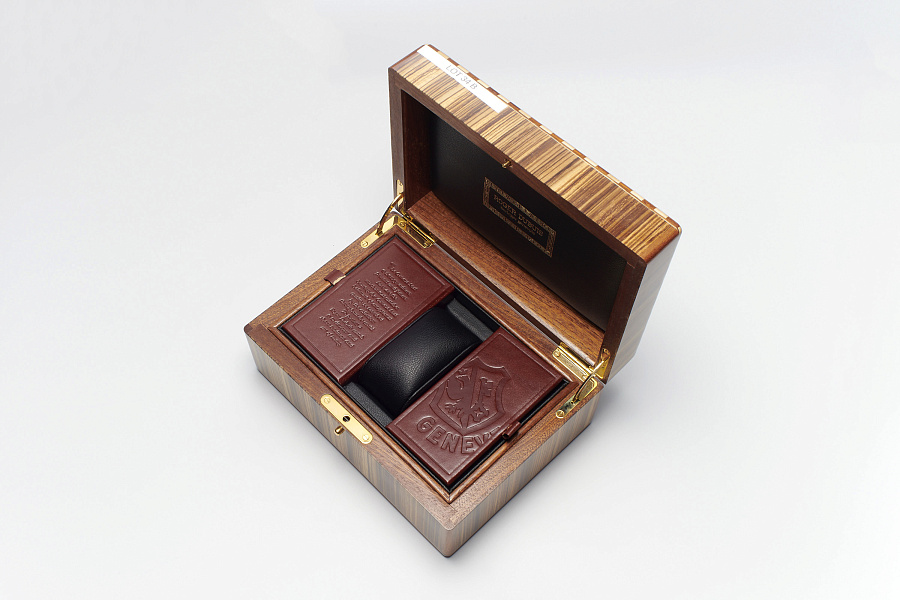 The landscape of contemporary watchmaking has been markedly shaped by the Roger Dubuis brand, although by the conventions of the traditional Swiss watch industry it was established only recently – just twenty-seven years ago. However, the brand has been able to anticipate the mainstream vintage-style watch trend that is dominating the industry right now and has done a brilliant job of producing watches of the highest quality, marked by the Poinçon de Genève, and with the Besancon Observatory chronometer certificate of accuracy. The brand collection has gone through several stages in its development, and in our opinion, the earliest period, from 1995 to the early 2000s, in which the present example was produced, is of the greatest interest in terms of collecting.

The total number of Roger Dubuis watches in all execution versions with the three-retrograde function is unlikely to exceed 200.

Immediately after its launch, the Roger Dubuis brand offered watches in two basic styles – Hommage, in a round case of a traditional classic design, and Sympathie, with an unusual ‘round-square’ case. The latter was reminiscent of the early wristwatches of the Art Deco era, when watchmakers, having got rid of the shackles of traditional ideas about the design of pocket watches, experimented a lot with cases of various shapes, many of which were quite exotic. The refined and well-thought-out combination of polished and brushed finishes on the complex Sympathie case gives the watch a sense of the finest jewellery craftsmanship.

At first, the shape of the Sympathie case was reproduced in the bezel and dial, before Roger Dubuis discontinued the original Sympathie design in favour of one with a round watch-crystal, marking the transition to the second generation of the line-up of this collection. The present example belongs to the second generation, characterized by the presence of a round dial and a flat case back, which is marked with the engraved inscriptions ‘Roger Dubuis horloger genevois xx/28’.

The present example is based on the Caliber RD99, sometimes referred to as the Caliber RD5799, which implies the use of the Roger Dubuis caliber RD57 as the basic one – this is a modified and Roger Dubuis-refined ultra-thin Nouvelle Lémania 8811/8816 movement-blank, in an unusually high-end version, with a swan neck regulator, fine finished parts, and the Roger Dubuis gold skeleton RD monogram embedded in the rotor. Caliber RD99 was developed in 2000 for a unique set of complications with three central retrograde hands – for jumping hour, minute, and date indications. This triple set of complications is an exclusive development by Roger Dubuis that one will not find in watches from other brands. The early models with the caliber RD99 were launched in 2001, and this watch appears to belong to the earliest releases, of which there were only a few to our knowledge, including models from the Hommage collection and the seemingly unique release of the Golden Square watch. Since each of these models, including this one, was produced in a limited edition of 28 pieces, it is reasonable to assume that the total number of Roger Dubuis watches in all execution versions with the three-retrograde function is unlikely to exceed 200.

This is truly a masterpiece from the brand’s early collection.

Thanks to its dial the present watch has its own unique character. The design combines classic elements – mother-of-pearl, guilloché inlay, cathedral hands, extraordinary dial markings with three arc scales, and hands that make a retrograde rather than circular motion. This is truly a masterpiece from the brand’s early collection.

The second-generation Roger Dubuis Sympathie Three-Retrograde Ref. S40 5799 0GN6.5 would appear to be an extremely attractive purchase for the collector who seeks to obtain an exquisite, stylish and unusual mechanical watch of a piquant Art Déco design from a world-renowned Genevan watch brand. The undoubted advantage of the present lot is the outstanding technical characteristics of the caliber RD99, one of the finest self-winding movements, marked by the Poinçon de Genève, and finely regulated to the demands of chronometer certification. The present watch will never lose its relevance, especially since the production of this reference has been discontinued, and the number of pieces produced was very small. This is a rare opportunity to own a watch from the most valuable early period in the development of the Roger Dubuis collection, which embodies the best markers of the brand’s watchmaking craftsmanship. These have given it a high reputation in the extremely demanding luxury and collector’s watches market. We believe that the value of early Roger Dubuis watches has very good growth potential.