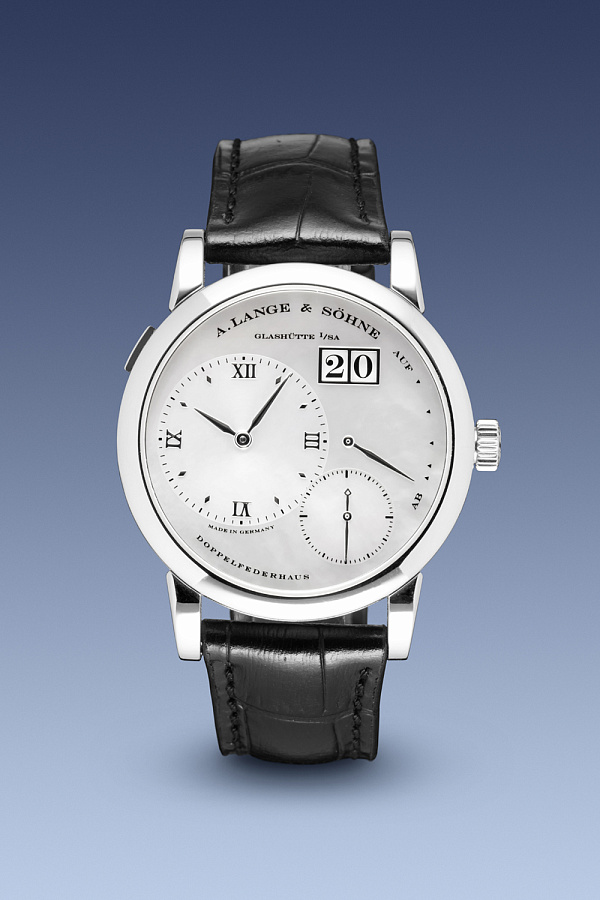 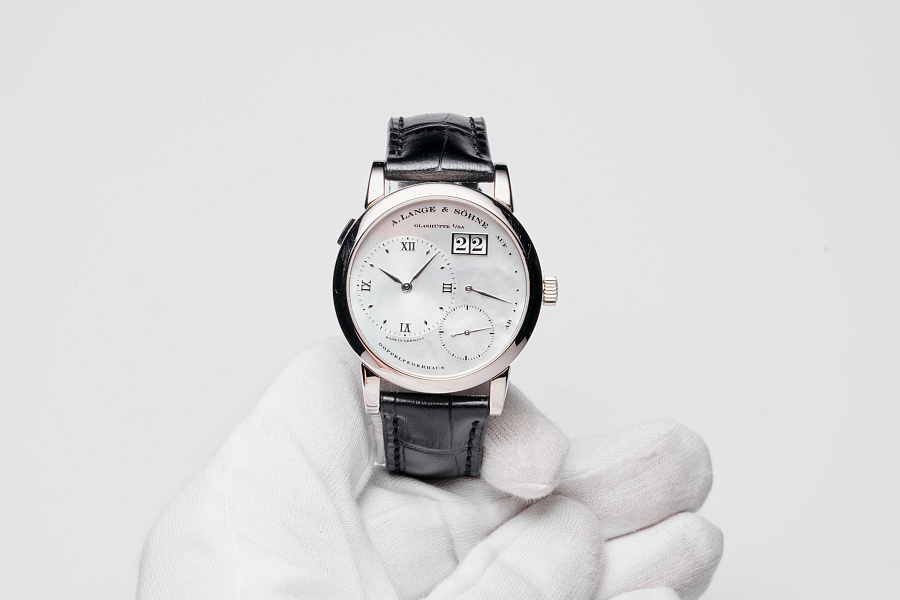 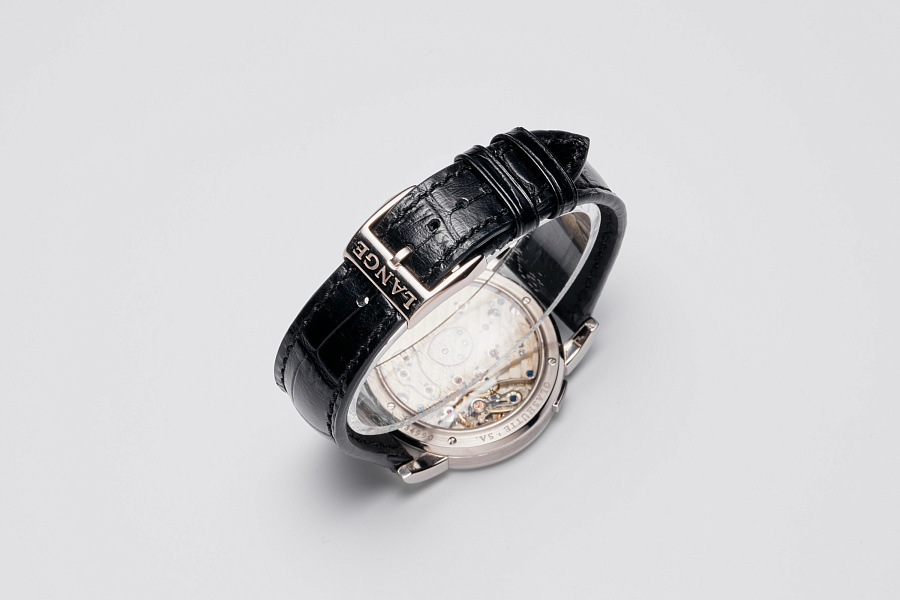 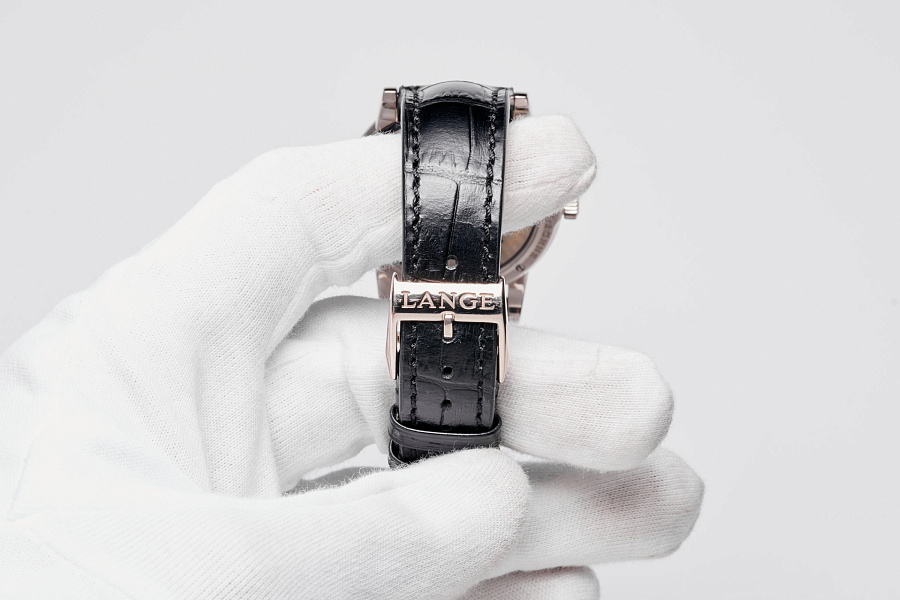 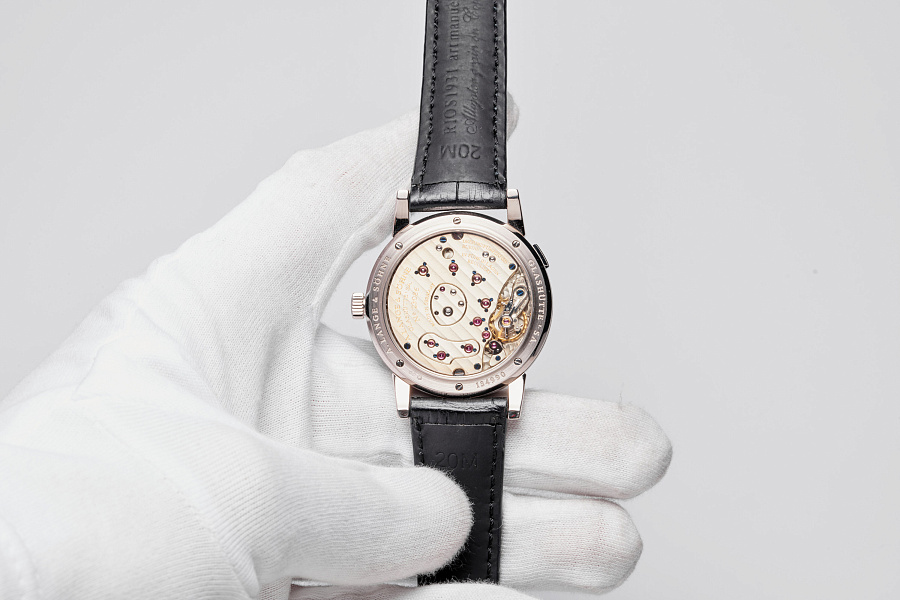 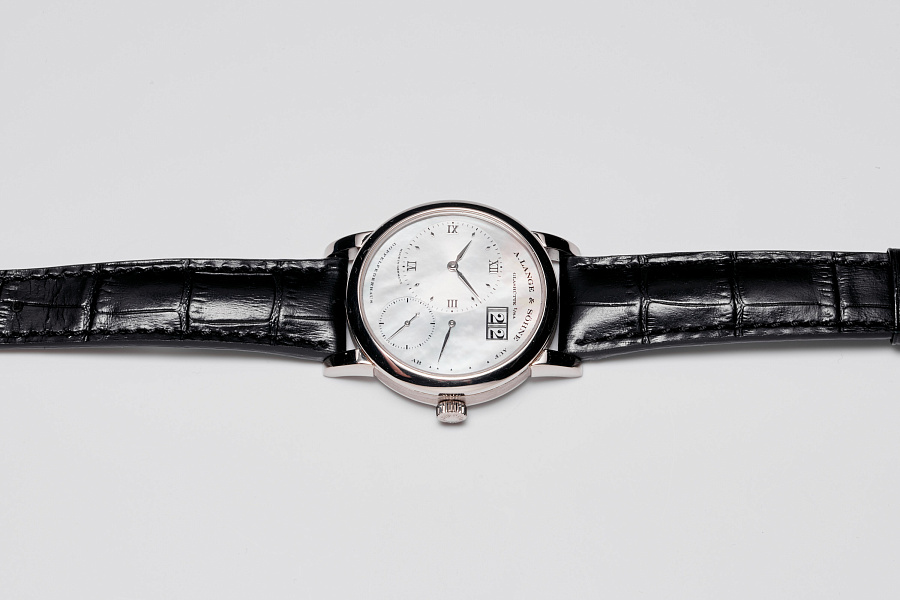 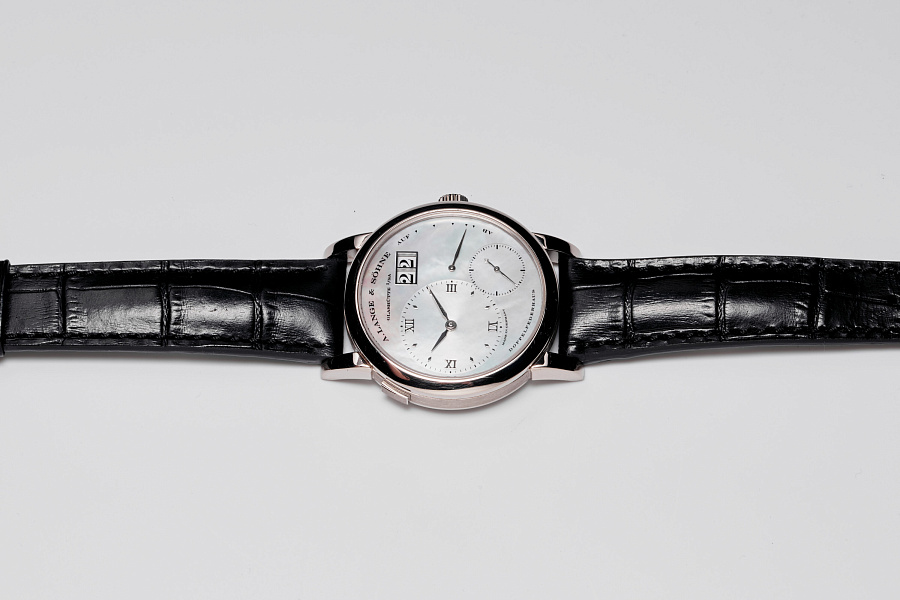 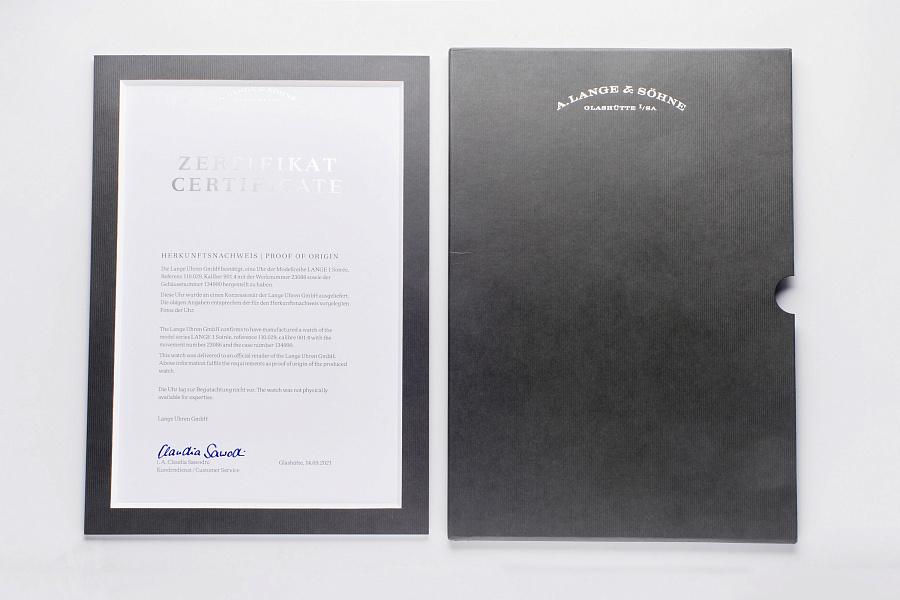 Among A. Lange & Söhne’s flagship Lange 1 watches released since the brand’s revival in 1994 (when the first Lange 1 watch was introduced), there have been very few references with dials decorated in mother-of-pearl. Therefore, it is no coincidence that collectors are interested in such models, which, as a rule, were produced in small quantities – if compared with the basic references. Nowadays, a Lange 1 watch with a mother-of-pearl dial is considered to be designated as the Lange 1 Soirée, although this designation was far from always used in official documentation, at least in the initial period. The very first references, 110.029 on a leather strap and 160.029 on a white gold 15-row welded bracelet, appeared in the brand’s catalogue in 2001. They were equipped with dials with a solid silver base, decorated with a thin plate of natural mother-of-pearl. It should be noted that, from the very beginning, these references were not largely considered to be women’s watches, although, of course, a categorical statement on this matter was not made.

Ref. 110.029 (the present lot) and the bracelet version 160.029 featured the same 38.5mm case diameter as the base references 101.0xx, while the case thickness was slightly increased, by 0.4mm from the regular 9.8mm. This difference arose due to the greater thickness of the dial, decorated with mother-of-pearl. Accordingly, the movement had to be modified by lengthening the hand’s pinions by the same amount. This meant the caliber designation was changed by the brand from L901.0 for the basic versions to L901.4 for the Lange 1 Soirée, although technically they are the same.

The present reference 110.029, the very first Lange 1 watch with a mother-of-pearl dial, has a unique character

In the brand’s 2004/2005 catalogue, references 110.029 and 160.029 were no longer mentioned, appearing instead the Ref. 110.030 in white gold with guilloché mother-of-pearl dial. We have no convincing reason to assume that in 2004 the production of Ref. 110.029 was discontinued, and it is likely that it was produced in parallel with Ref. 110.030 with a guilloche dial. The latter is no longer mentioned from the 2008 catalogue onwards. In any case, both references – with a plain mother-of-pearl dial, as the present lot, and with a guilloché – are extremely rare on the previously-owned timepieces market, and it cannot be said unequivocally which of these versions is rarer. Perhaps future research will reveal more on the topic.

The present lot is powered by the hand-wound 72-hour power reserve double-barrel caliber L901.4, a slightly modified version of the L901.0, which was developed during the revival of the manufactory in the early 1990s and was used as a base caliber in the Lange 1 collection until the 2010s. One of the advantages of these calibers is its unique design and finish, which make it easy to distinguish A. Lange & Söhne watches from other high-end Swiss-made watches. This includes the signature three-quarter plate construction, with the mainplate and bridges made from nickel silver without plating; and nine screwed gold chatons, considered one of the most visible and valued hallmarks of Lange’s watchmaking artistry. The meticulous finishing with Glashütte stripes, blued screws, polished bevels, a swan neck micrometer regulator, and engraved and gilded inscriptions, makes the movement very eye-catching, while the traditional hand-engraved balance cock makes each Lange 1 feel like one of a kind.

The present reference 110.029, the very first Lange 1 watch with a mother-of-pearl dial, has a unique character, all the more so thanks to the use of natural mother-of-pearl, each piece of which is one-of-a-kind – like nature’s handwritten signature.

The Lange 1 Soirée ‘Mother of Pearl Dial’ Ref. 110.029 should be regarded as an excellent purchase for the collector who desires an outstanding, very rare and attractive mechanical wristwatch from a world-famous traditional watch brand, the undisputed market leader in German high watchmaking. The combination of rare design features, including the spectacular asymmetric arrangement of the Lange 1 dial, emphasized by a soft iridescent light-blue mother-of-pearl background, along with the big date indicator, typical for Lange watches of the modern era, make the present lot highly desirable. The exquisite finishing of the movement’s parts and its typical Lange appearance will impress the heart of any connoisseur, and A. Lange & Söhne’s reputation in these aspects should be recognized as impeccable.