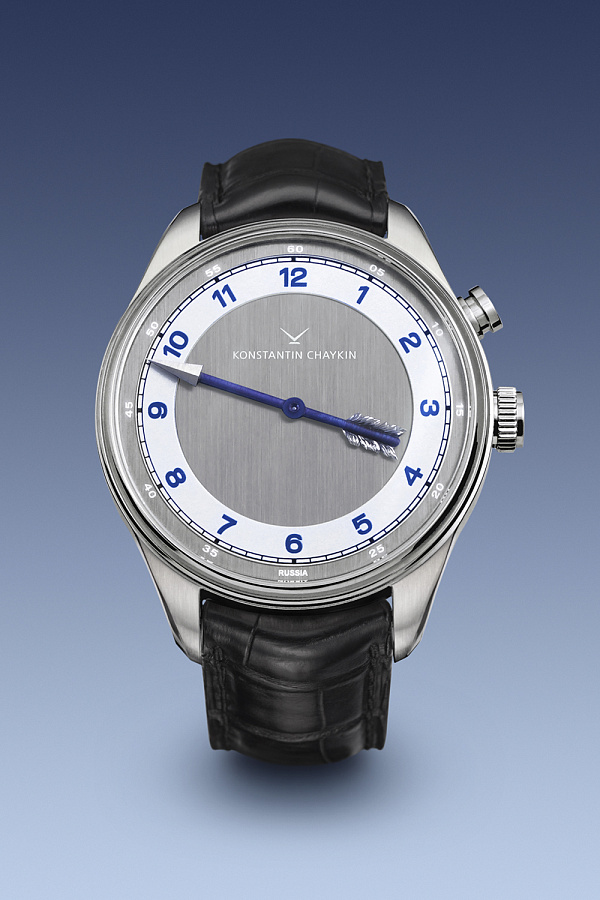 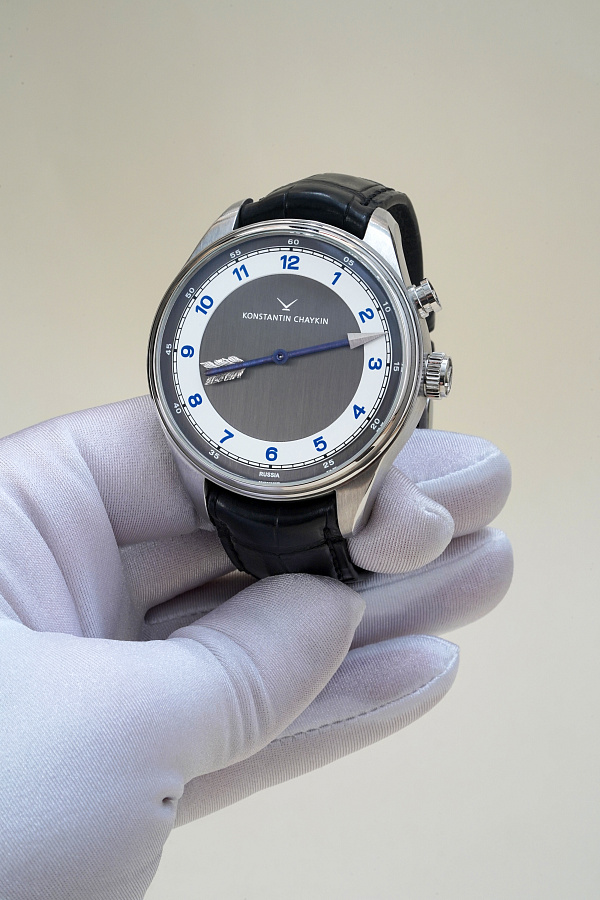 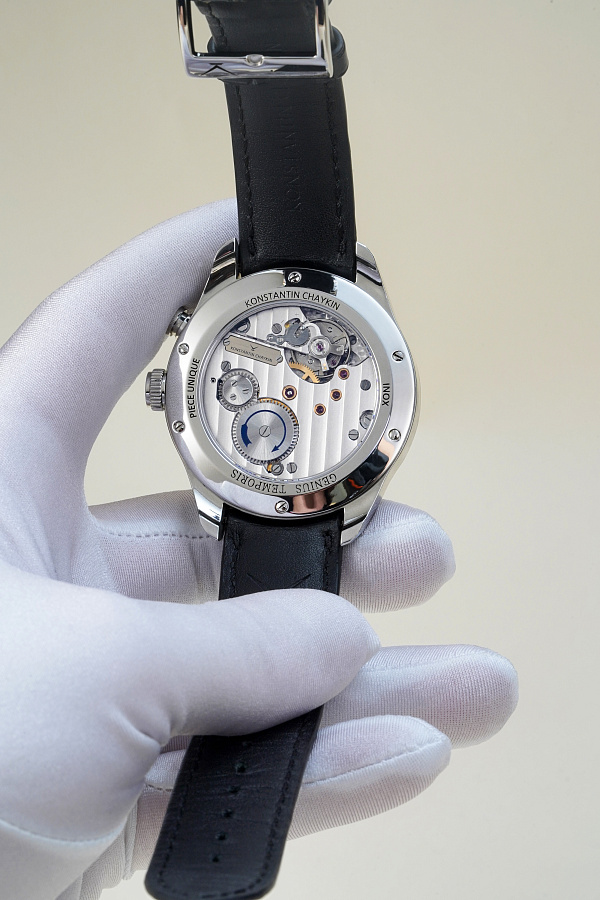 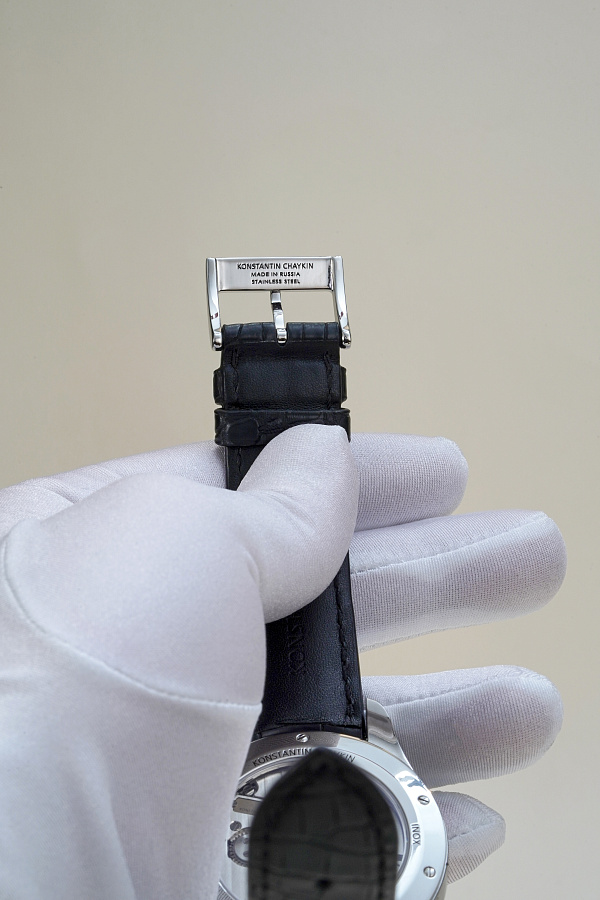 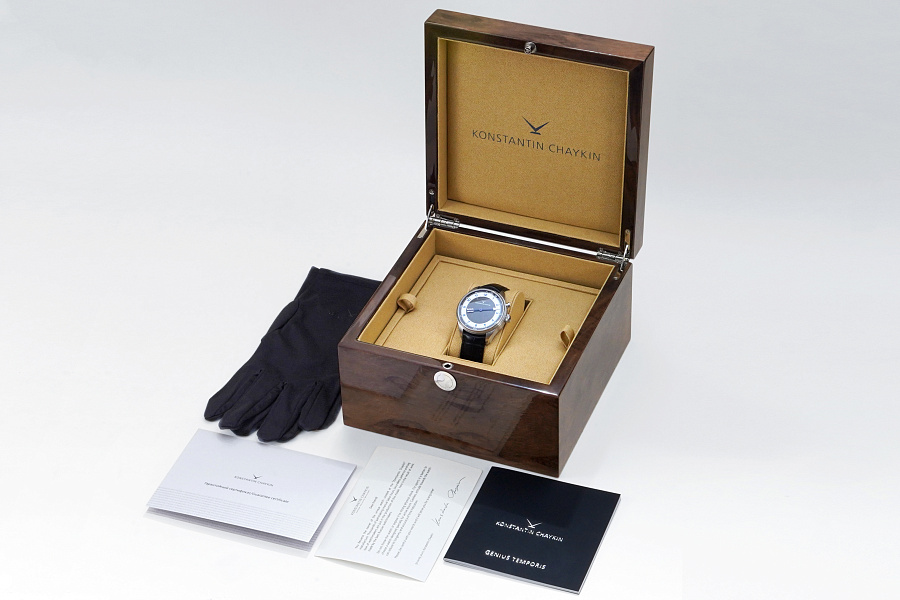 In the development of the Genius Temporis project, Konstantin Chaykin attempted to combine the Renaissance-style aesthetics of early portable personal clocks and watches of the 16th century with the sophisticated, quirky, modern mechanics of the switching time indication system he invented in 2012 (described in his patent RU2511700). He started working on the wristwatch prototype in late 2013, intending to show the watch at the Basel fair. The watch is powered by the hand-wound in-house K.01-5 caliber developed by Konstantin Chaykin for this model.

Konstantin Chaykin attempted to combine the Renaissance-style aesthetics of early portable personal clocks and watches of the 16th century with the sophisticated, quirky, modern mechanics of the switching time indication system he invented in 2012

For the Genius Temporis Prototype, instead of using the Renaissance-style of the regular Genius Temporis model, he applied the minimalist manner of the so-called puritan pocket watches that were popular in 17th century England. The unique design of the dial, made for the Genius Temporis Prototype in grey and white with blue accents, is complemented by a unique two-function hand, made as a crossbow arrow with a blued shaft, polished arrow and hand-engraved fletching. The hand design itself was a tribute to early mechanical clocks of the Renaissance style, where the dial was made in the form of a rotating disk or ring, and the pointer was an angel’s arrow.

Finished to the highest standard, the Konstantin Chaykin Genius Temporis Prototype watch reveals an appealing and finely elaborated dial, a rare in-house caliber adorned with haute horlogerie finishings including rhodium-plating, Côtes de Genève, bevelling and chamfering, and adorned by a unique feature of Konstantin Chaykin’s watchmaking artistry – an unusual ‘Pac-Man’ index-adjuster, a functional unit of the watch movement designed to fine-tune the effective length of the hairspring. It was developed by Konstantin Chaykin for his K.01 hand-wound caliber family, with one of the details of this unit having a shape reminiscent of Pac-Man, the character in the popular video game developed in 1980 by the Japanese company Namco. The present lot is an extremely attractive purchase for the collector thanks to its unusual design and the unique single-hand double-function complication, which cannot be found in wristwatches of any other brand. The fact that this is the first time the Genius Temporis Prototype has appeared on the market undoubtedly enhances the attraction of the present lot.