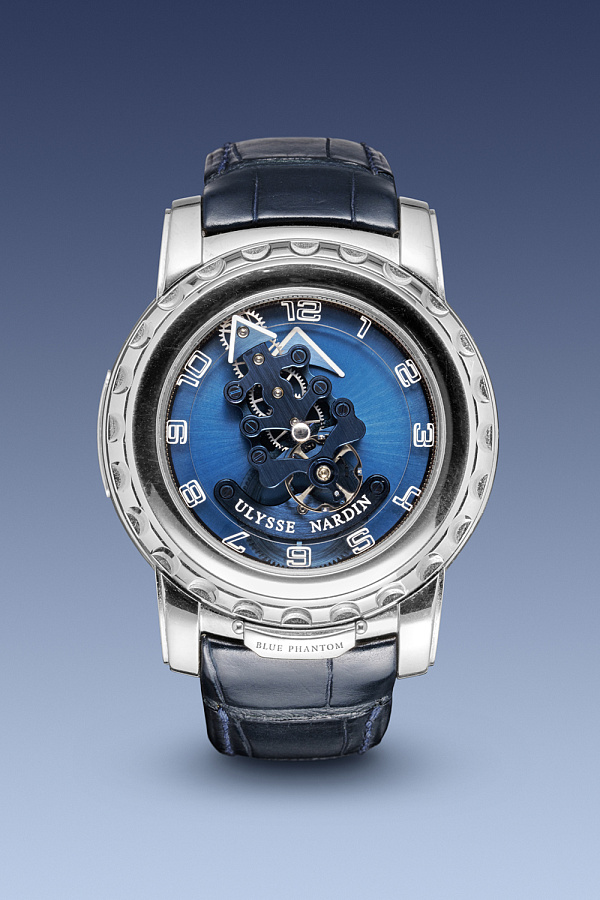 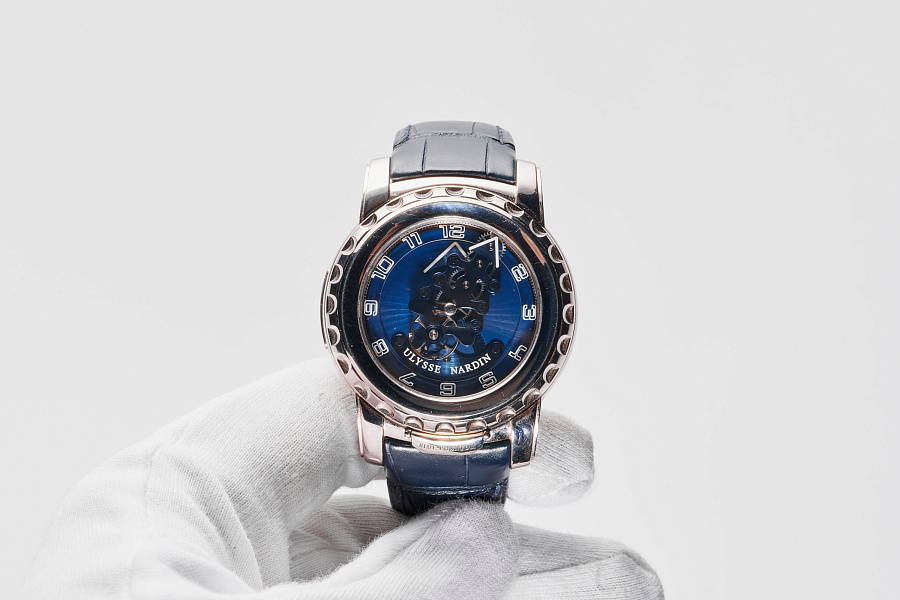 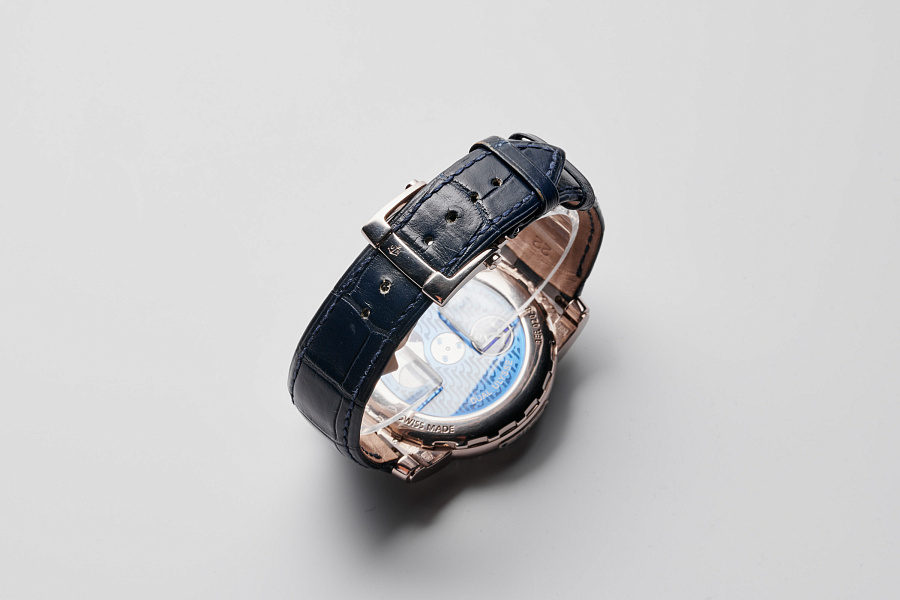 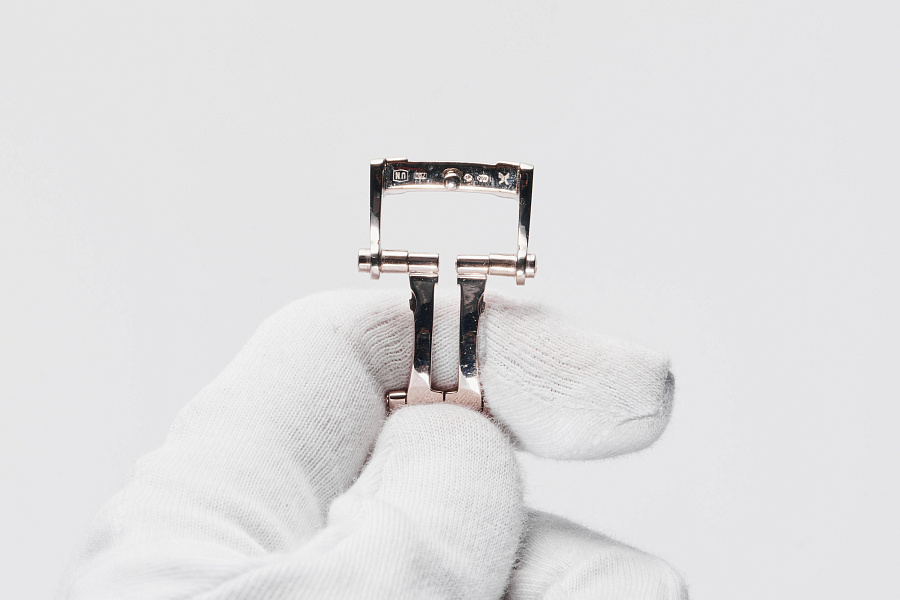 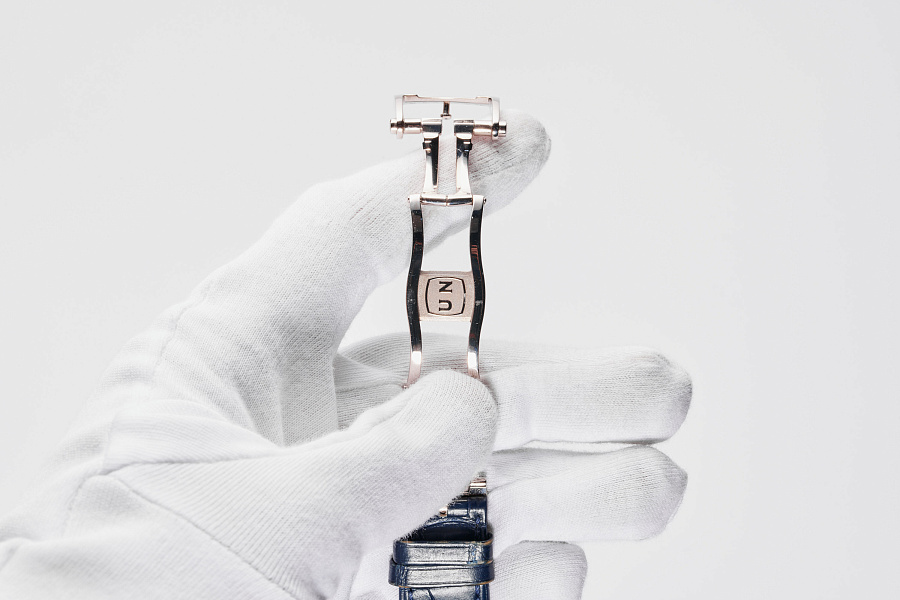 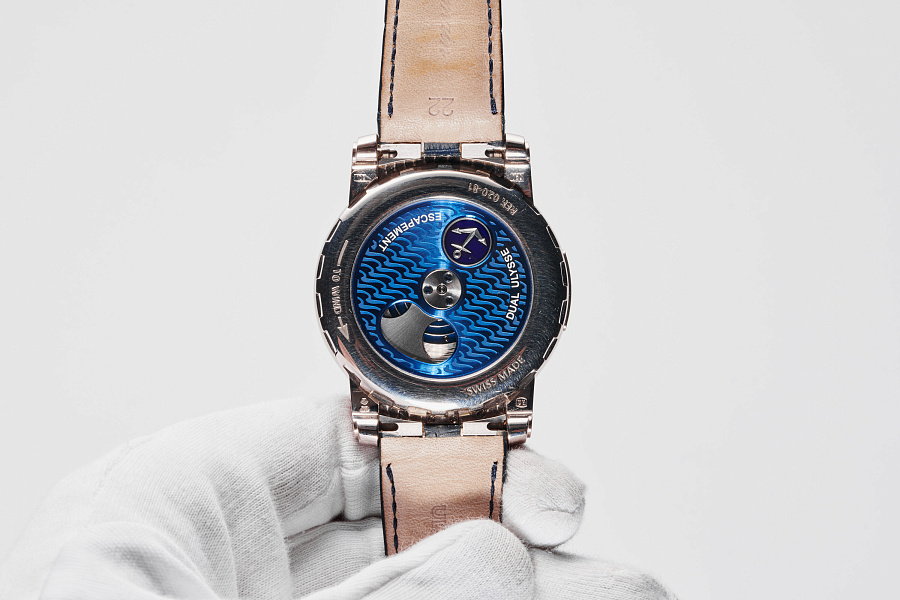 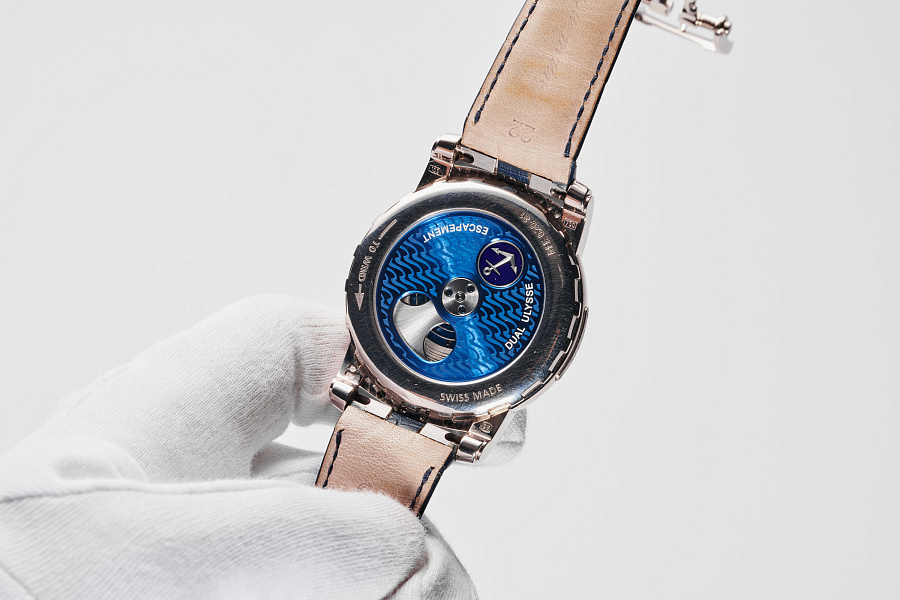 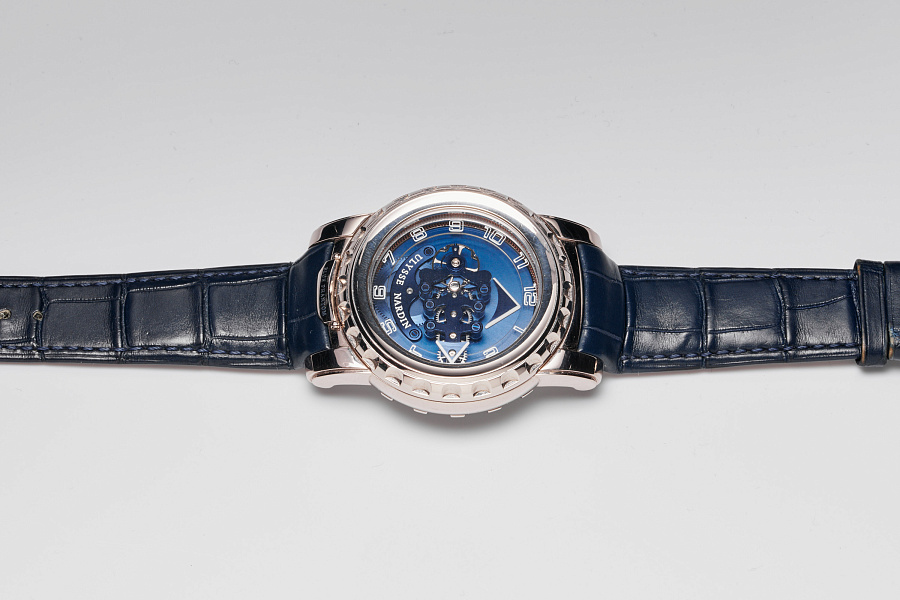 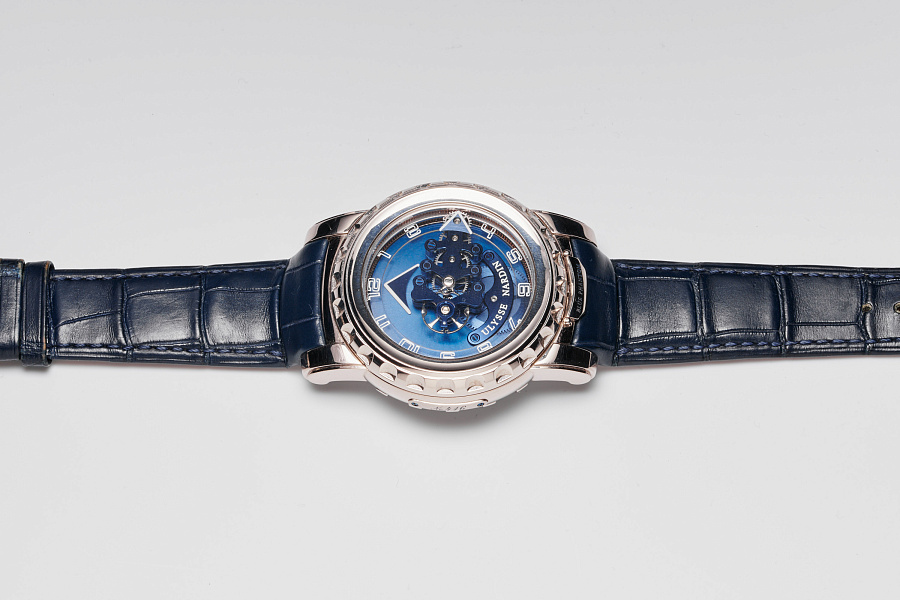 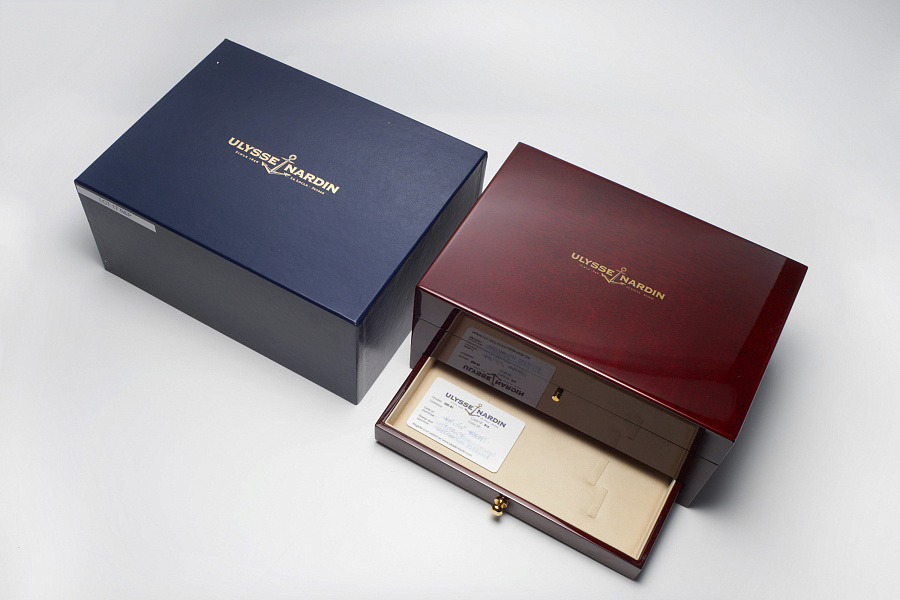 The project of a watch with a central carousel was initiated in 1997–1998 by the owner of Ulysse Nardin, Rolf W. Schnyder, who decided to realize the idea of aspiring inventor Carole Forestier, winner of the A.-L. Breguet 250th anniversary watchmaker competition in 1997. According to Schnyder, Carole Forestier was unable to complete the project, so he handed it over to Ludwig Oechslin, watchmaker, inventor, researcher and creative mind behind the brand. In fact, Oechslin totally redesigned the watch, developing an unusual concept with rotating bridges and a wheel gear mechanism that was used to indicate the minutes. He also fitted its caliber with a novel double impulse wheel escapement, described as a dual direct escapement, which, technically speaking, is an evolution of L.-A. Breguet’s échappement naturel of 1789. Oechslin gave the watch he had invented the playful name Freak. The first-generation Freak version Ref. 016-88 in rose gold was introduced by the brand in 2001 and caused a sensation. A little later, the brand presented Ref. 010-88 in white gold. Traditionally-minded watchmakers and connoisseurs hadn’t imagined that a watch could be so crazy.

The present reference is of considerable collector’s interest as the last to be produced of the original caliber architecture, with the axis fixed in the watch crystal.

Nevertheless, the first-generation Freak had some shortcomings, with the brand resolving the problems with some necessary modifications for next-generation references, including the Freak 28’800 V/h, Freak Diamond Heart, Freak Diamonsil, and Freak Blue Phantom, the present example. All these models are united by one technical detail: the rotating part of the caliber, which is a one-hour orbital tourbillon, has an axis, the upper tip of which is attached to the watch crystal. Later, the brand abandoned this feature, doing so in 2010 in the Freak Diavolo Tourbillon. For this reason, the present reference is of considerable collector’s interest as the last to be produced of the original caliber architecture, with the axis fixed in the watch crystal. The production period was short, from 2008 to 2010, and judging by the limited presence of this reference on the previously-owned watch market, the number of pieces released was small, at least compared to the first-generation Freak (Ref. 016-88 and Ref. 010-88) and the second-generation Freak 28’800 (Ref. 026-88 and Ref. 020-88). The same is observed in relation to subsequent releases, the Freak Diavolo Tourbillon (launched in 2010), Freak Blue Cruiser (2014), Freak Lab (2015), Freak Out (2018), Freak Vision (2018), and the recent Freak X (2019).

The peculiarity of the design of the present reference is that a durable blue coating is applied to the finish of the mainplate and bridges of the movement, hence the name of this model. The rear side of the caliber, open to view thanks to the sapphire caseback, is also decorated with blue plating, just like previous Freak releases.

The Ulysse Nardin Freak Blue Phantom Ref. 020-81 would appear to be an attractive purchase for the collector and connoisseur of fine watchmaking due to its impressive and unusual design. It is definitely one of the cornerstones and modern vanguards of creative watchmaking. The Freak watches are seen as a rewarding area for research and collecting, highly increasing the value of this example, which is quite rare compared to other Freak references. It represents an extremely interesting page in the chronology of this collection, as a very fine collectible. The present watch has a strong and distinctive character, and may well attract a connoisseur of watchmaking art as an extraordinary daily wearer.

The keen collector should note that also offered for purchase in this sale is another fine and very rare Freak 28’800 V/h Ref. 026-88. Together with the present lot, they represent the evolution of the Freak design over the years.