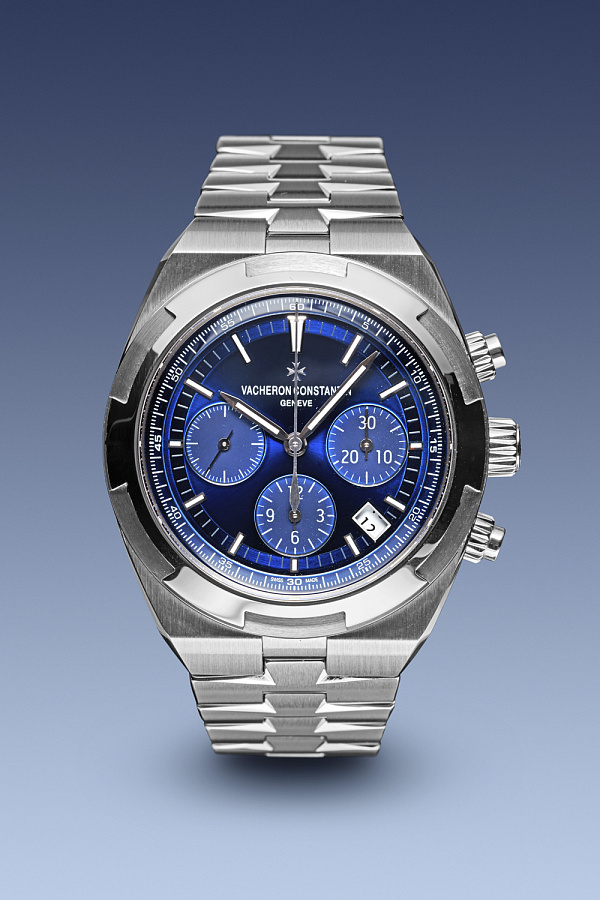 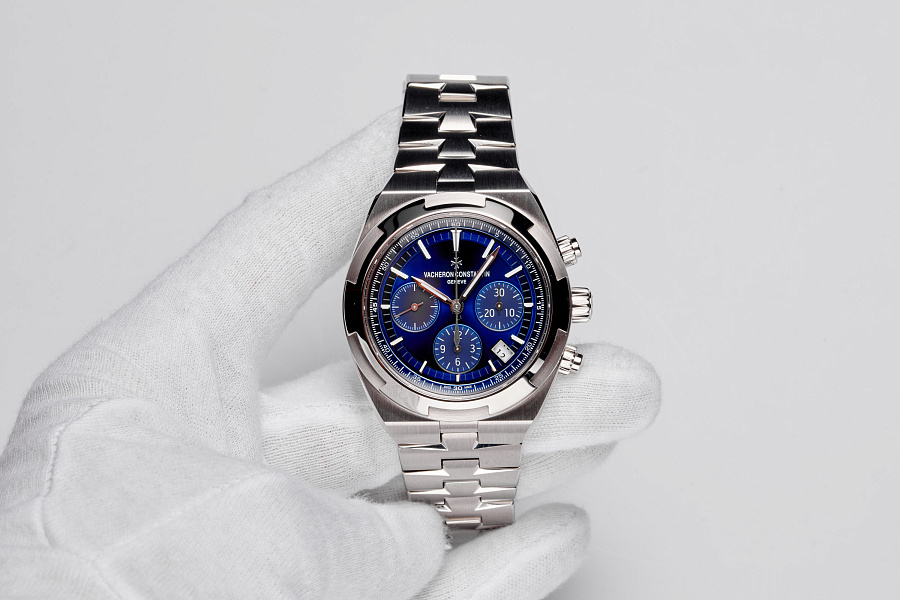 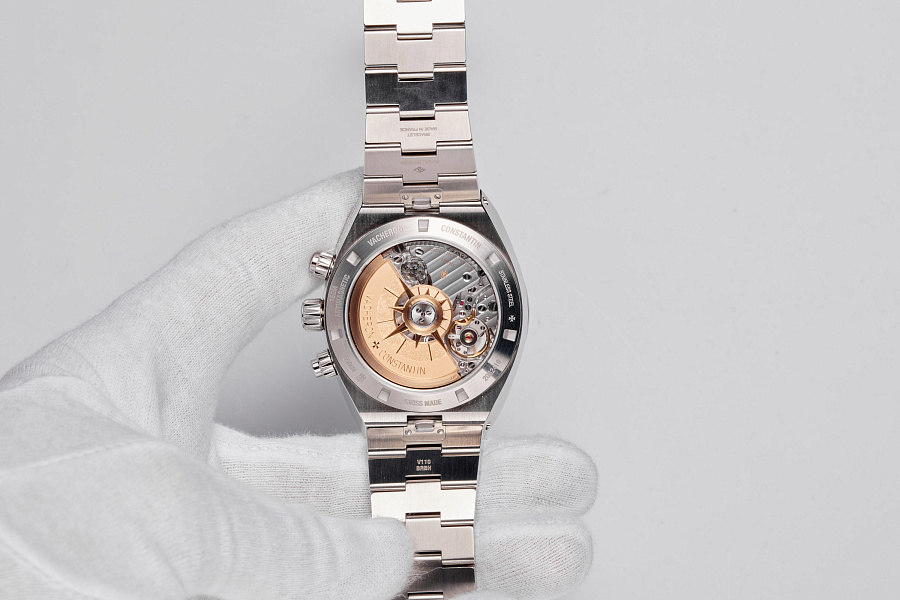 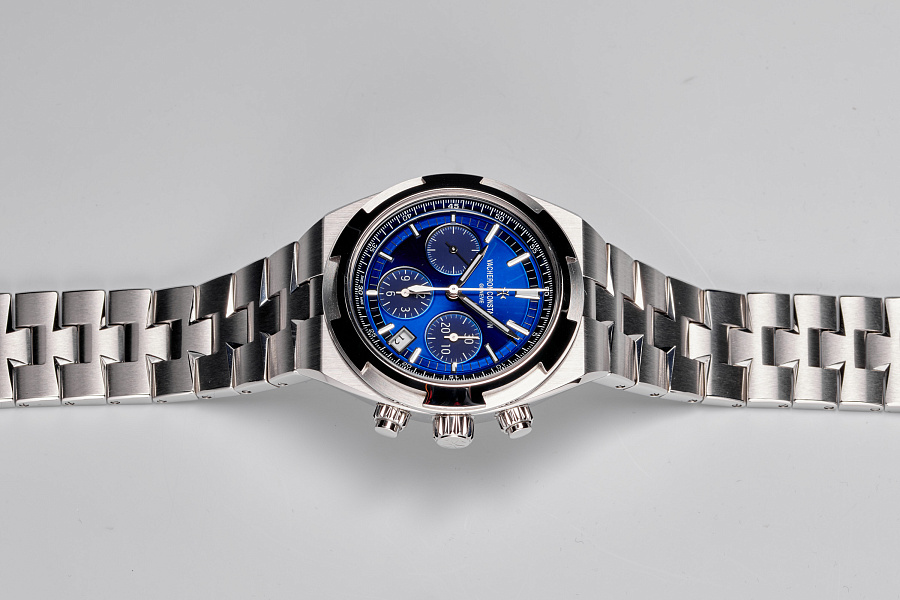 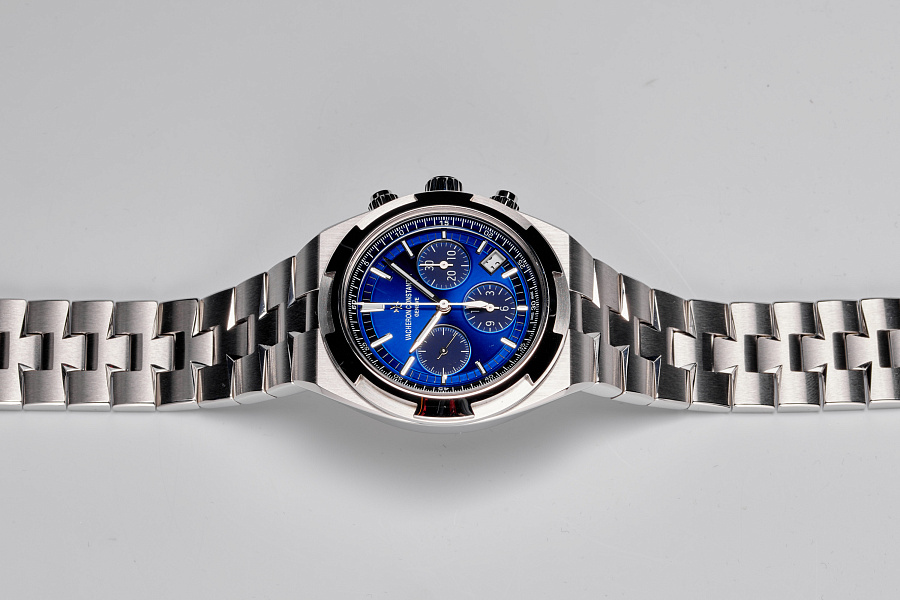 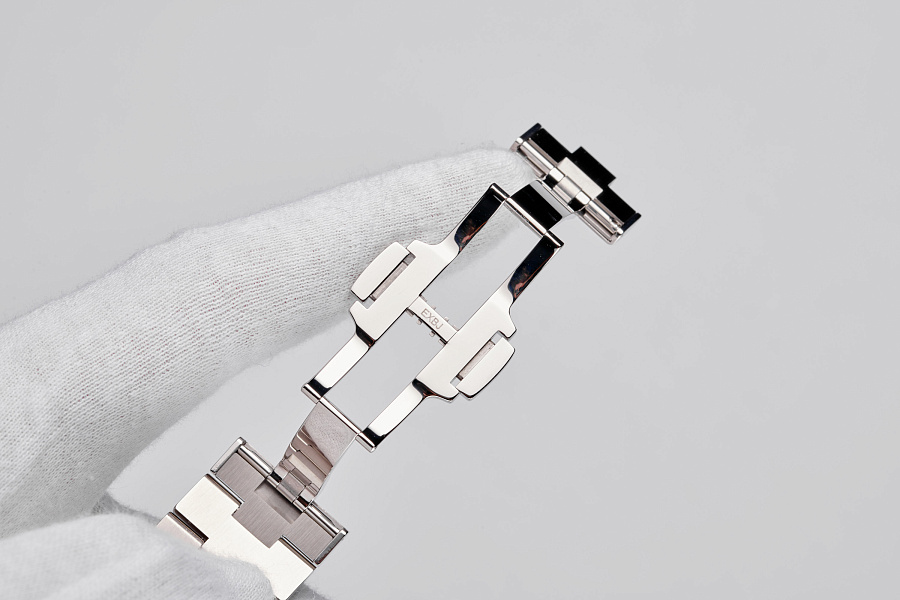 The Overseas collection of luxury sport watches was introduced by Vacheron Constantin in 1996 as a successor to the previous sporty and elegant Phidias collection, and on a bracelet of an integral design. Since 1996, the Overseas collection has proven its appeal both as a high-end everyday watch and as a collector’s item. Ref. 49140, the first-generation automatic chronographs (Overseas I) launched in 1999, were powered by the caliber 1137, which was a modified Frédéric Piguet 1185 column-wheel caliber with a rare and at the time increasingly popular additional complication of a large two-digit date display. In the 2000s, another trend of larger watches emerged, and so in 2004 a new updated Overseas generation appeared. The chronographs of the updated collection (Overseas II), produced under the new reference 49150, retained the same caliber 1137, but the case size was increased from 40mm to 42mm.

Emphasizing the sporty nature of the Overseas collection, the brand made some technical innovations, in particular, installing anti-magnetic protection of the movement. They also designed a new bracelet and offered models on a leather or rubber strap. The third upgrade of the collection took place in 2016, when the transition to the predominant use of in-house calibers was made, aiming to make the collection 100% in-house and certified by the new Poinçon de Genève. In particular, the new third-generation Overseas Chronograph Ref. 5500V (Overseas III) is equipped with the in-house caliber 5200, which rather than a big date features a regular date indicator in a window in the position between 4 and 5 o’clock, typical for a sports watch. It is also the first Poinçon-de-Genève-certified Vacheron Constantin chronograph.

The 5200 is a beautiful caliber, made in the Genevan tradition of thin complicated movements. This applies not only to its technical characteristics but also its aesthetic features, including a large balance with traditional Geneva-type hairspring fastening, 22k gold rotor with a design inspired by the Rose of Wind, and a chronograph with an exposed column wheel decorated by a Maltese cross, a symbol of the brand.

Overseas III watches were offered on a newer Overseas bracelet, fitted with a quick-change system allowing the owner to easily change the bracelet to a leather or rubber strap without the need to take it to a watchmaker.

Overseas chronographs are a promising alternative to other sporty-elegant watches of the same category, in particular to the Nautilus and Royal Oak chronographs. Vacheron Constantin offers its own distinctive style with a very high level of execution, confirmed by the Poinçon de Genève quality seal used since 2011 not only on movements, but on watches as a whole. Vacheron Constantin is one of the few brands with 100% in-house Poinçon de Genève sports watches. Moreover, although there is no data on the number of pieces released, which is typical for Vacheron Constantin, the production is definitely limited and secondary-market proposals are quite rare.

The Overseas is a superb luxury sports chronograph watch created by Vacheron Constantin as an alternative to similar watches from other prestigious brands. Vacheron Constantin goes up against them with a unique design of its own, with the collection’s signature features. The present lot belongs to the latest-generation of the Overseas collection, produced in line with state-of-the-art watch technology. Therefore, the Overseas III Chronograph Ref. 5500V/110A-B148 would appear to be a very attractive purchase for the collector who seeks a self-winding complicated mechanical wristwatch of a branded sporty design from a world-famous traditional watch brand, one of the market leaders in haute horlogerie and complicated timepieces. The present watch features an Overseas III stainless steel bracelet fitted with triple folding clasp, marked by a Maltese cross, a symbol of the brand, which significantly increases the perceived value of the present watch and underscores its sporty chic character.