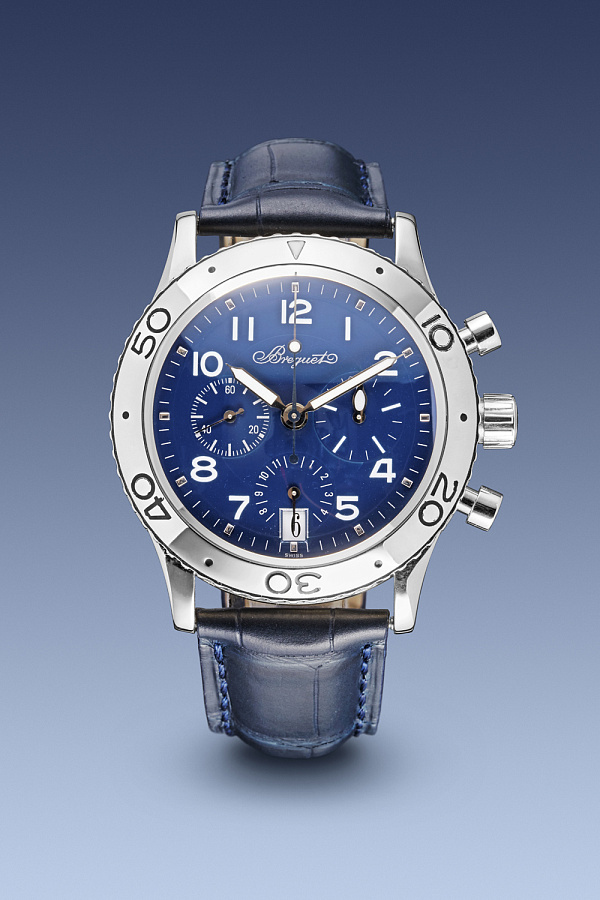 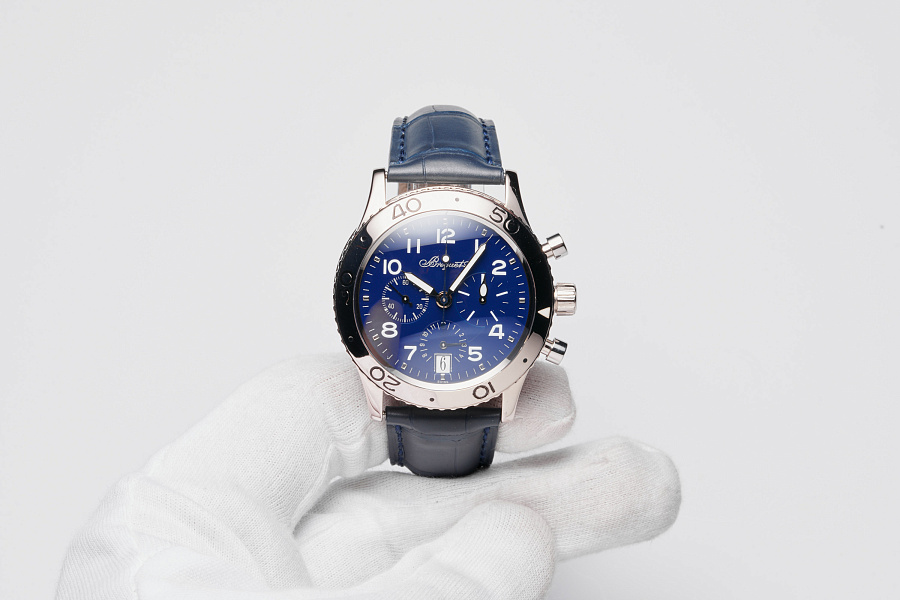 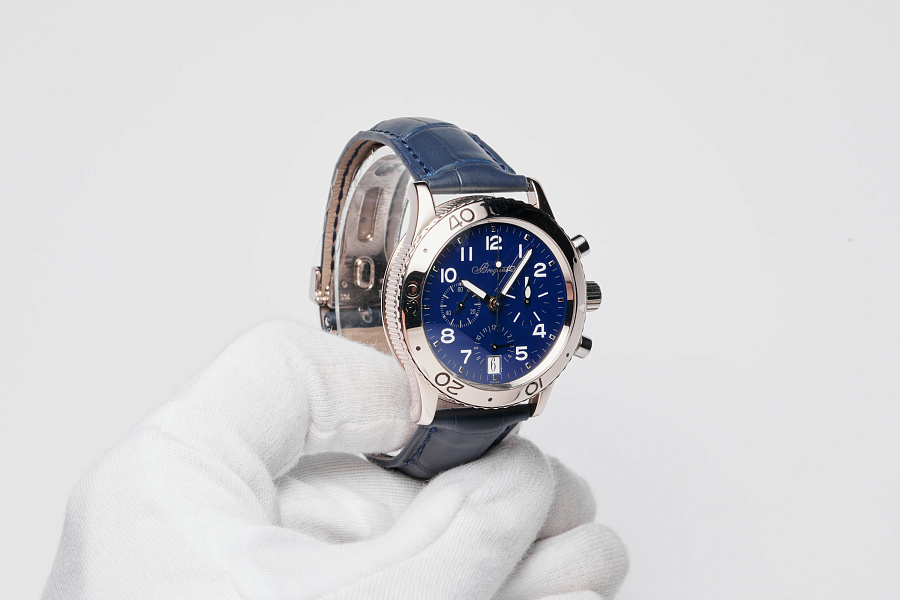 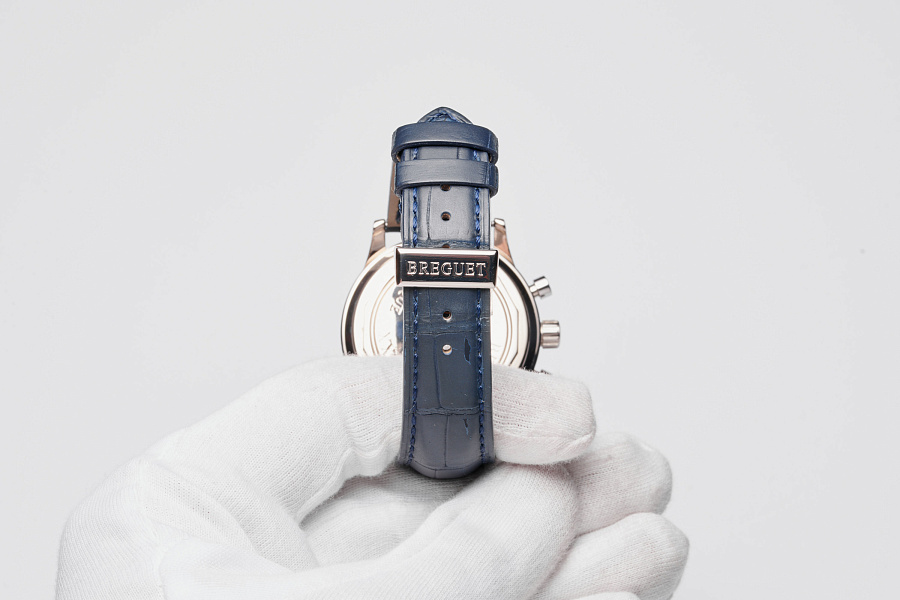 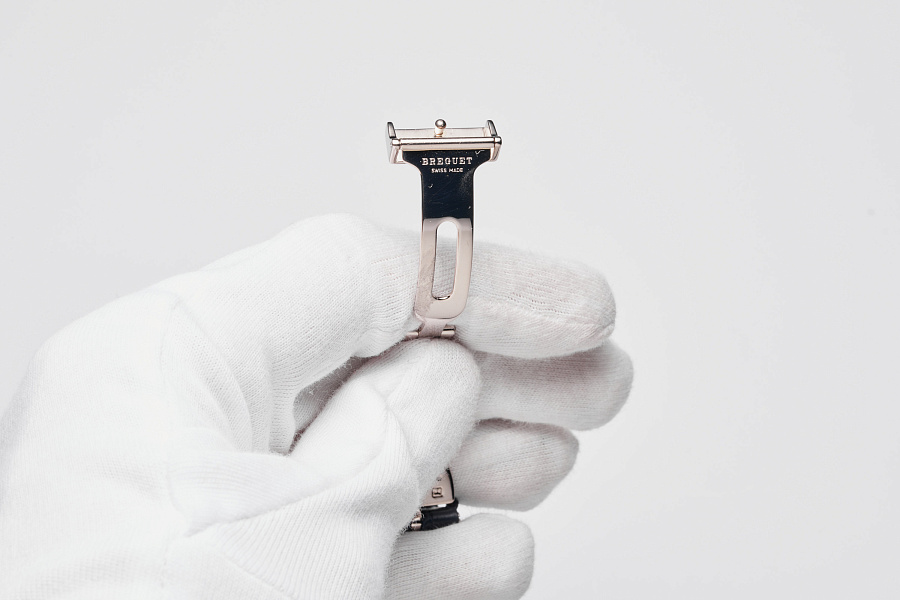 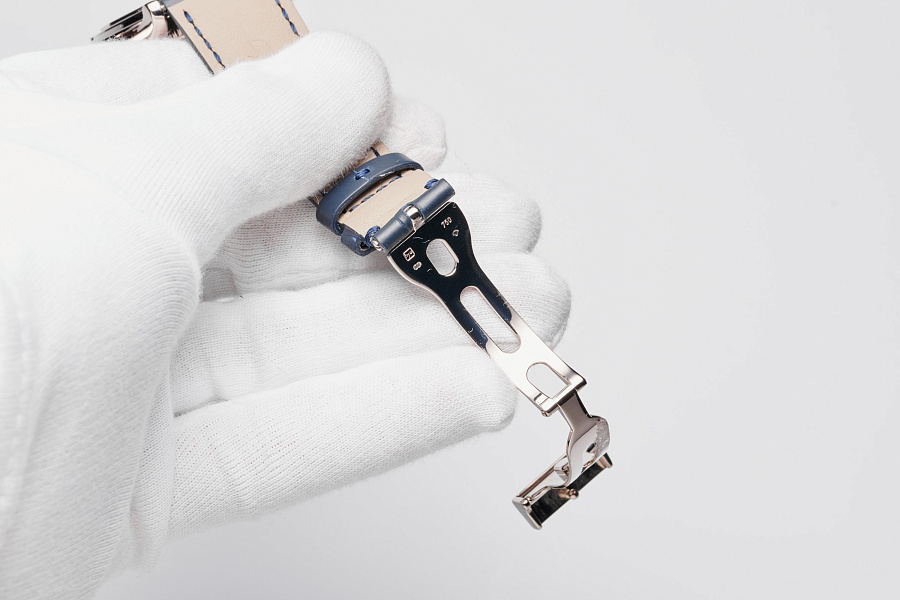 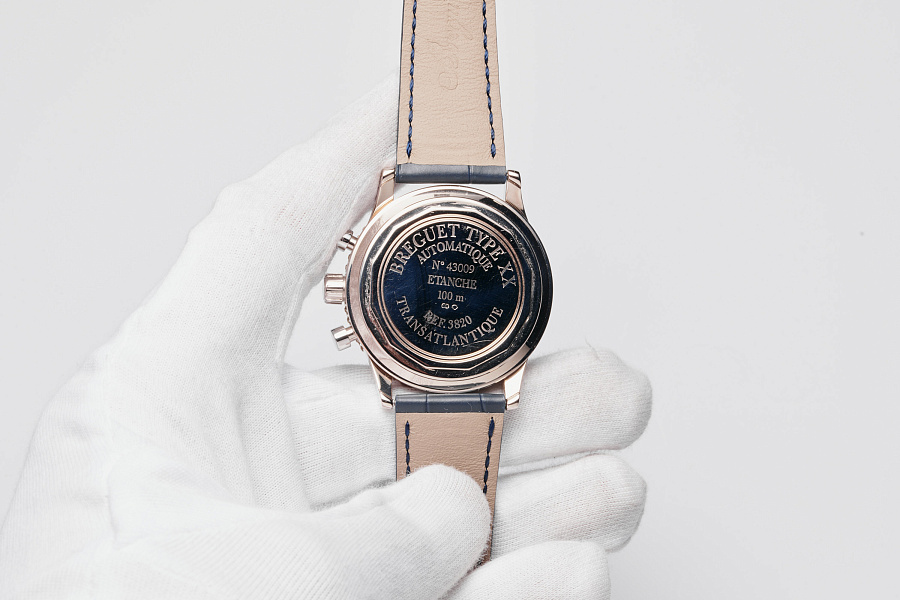 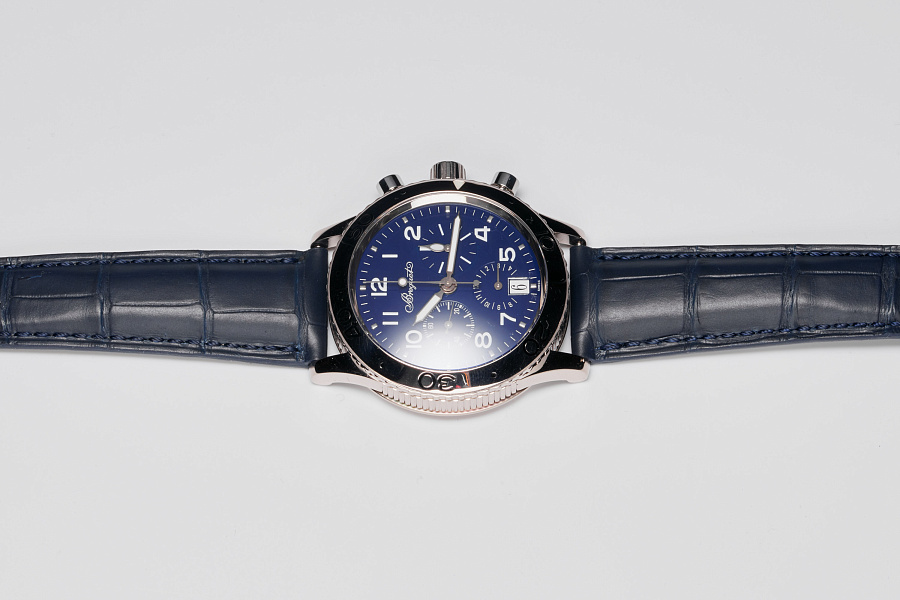 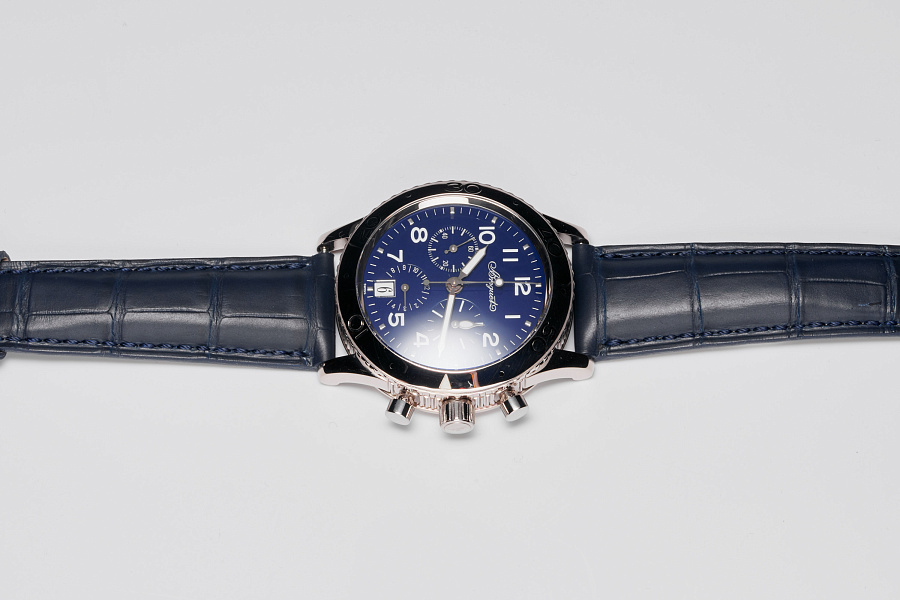 The Type XX Aéronavale Ref. 3800 self-winding flyback chronograph in stainless steel, the first model of the future Type XX collection of luxury vintage-styled watches, was introduced by Breguet in 1995 as a civilian re-issue of the original military Type 20 chronograph wristwatch produced by the brand for the French naval air force pilots since 1954. Both the historic Type 20 prototypes and the modern Type XX chronographs have a rare flyback function that allows the chronograph to be instantly restarted with a single push of the reset button.

The self-winding 582Q chronograph caliber used in Ref. 3820 was based on the movement-blank Nouvelle Lémania 1350, with an extra flyback function. The Caliber 1350 was an evolution of the vintage Lémania 1340 caliber, which was jointly developed by Lémania and Omega in 1972, and can be found in some vintage automatic Omega chronographs. Since around 2000, Nouvelle Lémania, along with Breguet, has been owned by the Swatch Group, being a production division of Breguet ever since. Therefore, the 582Q caliber should now be considered as an in-house production.

The Breguet Type XX Transatlantique ‘Blue Dial’ Ref. 3820BB/P2/9W6 would appear to be an attractive purchase for the collector and connoisseur of fine watchmaking due to its impressive vintage historical branded design, and rare, distinctive and respectable white-gold blue-dial execution.

The present example is crafted from 18k white gold and features a dark blue sunken dial with white luminous markings. This execution is quite rare – note that only the Type XX Transatlantique models in 18k white gold and platinum 950 were equipped with blue dials.

Since the launch of the new Type XXI design in 2004, in the collection now renamed Type XX–XXI–XXII, Breguet has focused on the development of new versions of the design, while the original Type XX was gradually withdrawn from the collection. However, the wide variety of Type XX executions released over a period of about 20 years makes this model a rewarding collector’s item that promises intriguing discoveries. Our research has shown many attractive varieties that await thoughtful and enthusiastic study. In particular, we should consider the two types of dial markings with Arabic numerals in serif or sans serif fonts, and the two types of bezels with different styles of the number ‘3’ in ‘30’. There are also at least two types of casebacks with different types of the letter ‘R’ in ‘Transatlantique’ and ‘Ref.’ In addition, the transition from the use of tritium phosphor to superluminova should be taken into account, as a result of which the designations ‘T-SWISS-T’ or ‘SWISS’ can be found in the dial markings.

The present example features the second type of ‘3’ in ‘30’ on the bezel, where the top volute of the ‘3’ is noticeably smaller than the bottom volute, along with the sans serif Arabic numeral markers, the rounded ‘R’ in ‘Transatlantique’ and ‘Ref.’, and the no-tritium dial version.

The Breguet Type XX Transatlantique ‘Blue Dial’ Ref. 3820BB/P2/9W6 would appear to be an attractive purchase for the collector and connoisseur of fine watchmaking due to its impressive vintage historical branded design, and rare, distinctive and respectable white-gold blue-dial execution. The present lot certainly appears to be a fine collectible, featuring the varieties mentioned above. We are sure the Type XX Transatlantique represents one of the most spectacular, albeit definitely underestimated, pages in the history of modern chronographs, and Breguet watchmaking art. Moreover, this is definitely a watch with a strong and distinctive character, and therefore it would also be an attractive daily wearer.