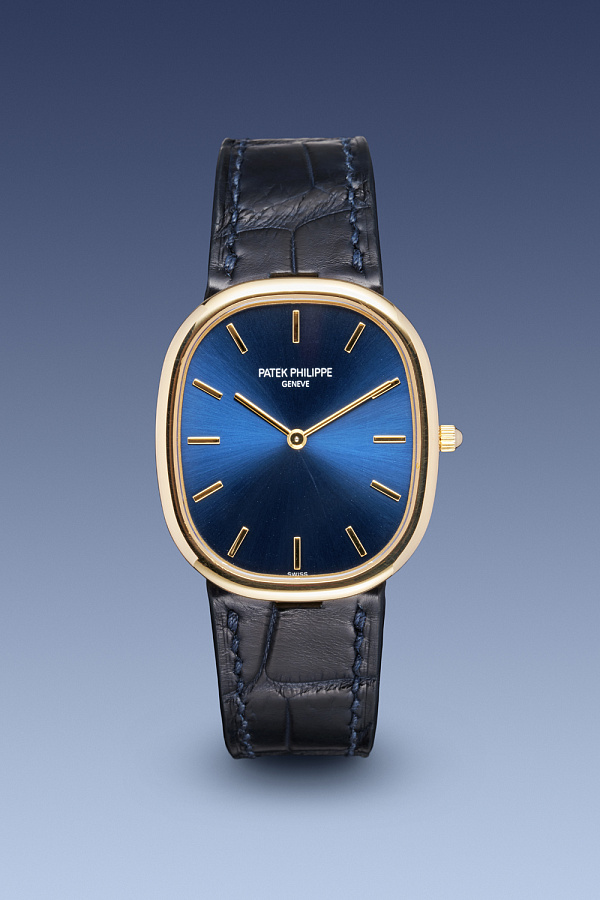 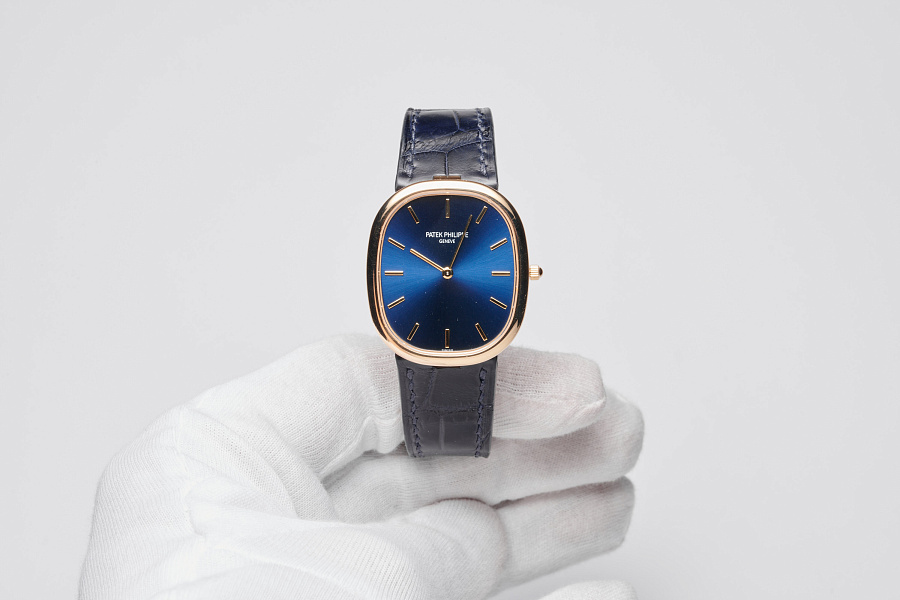 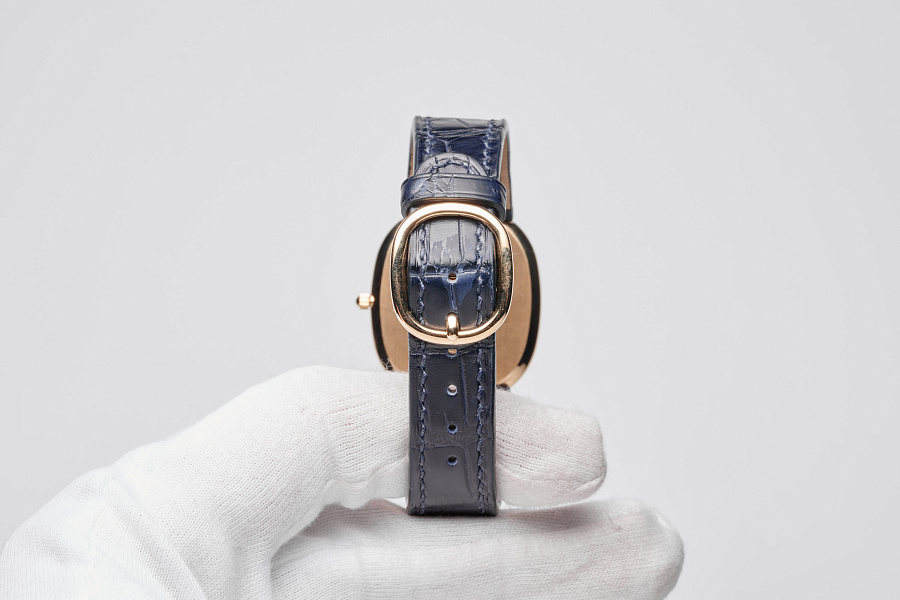 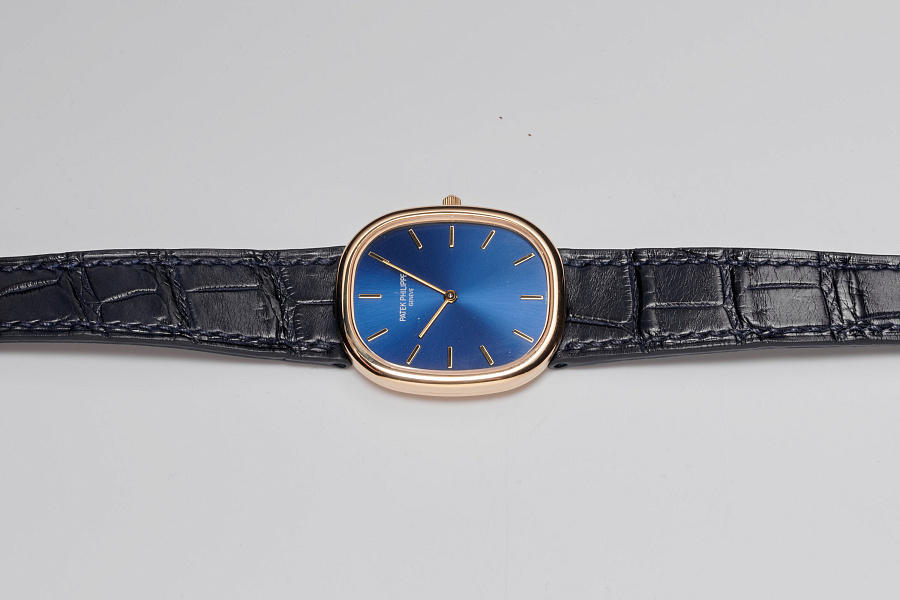 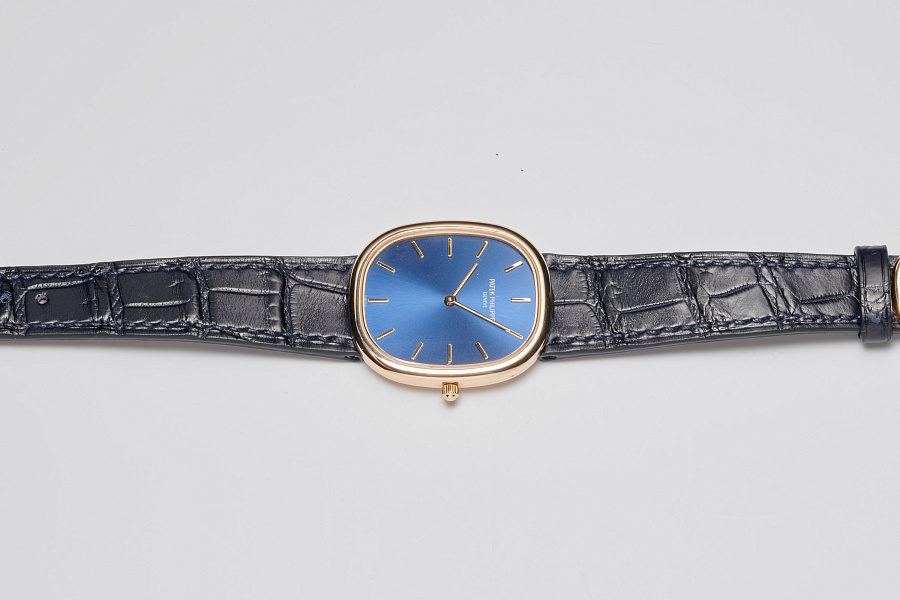 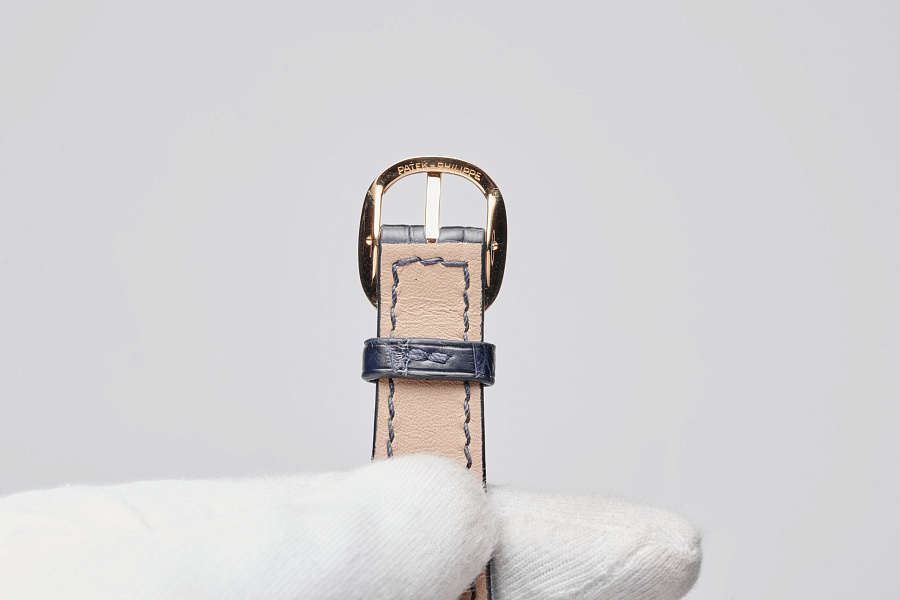 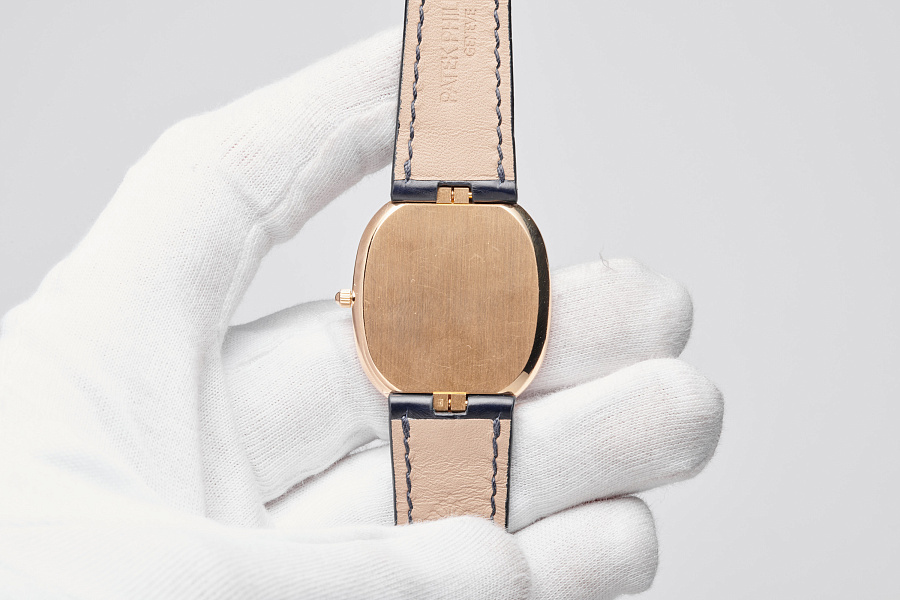 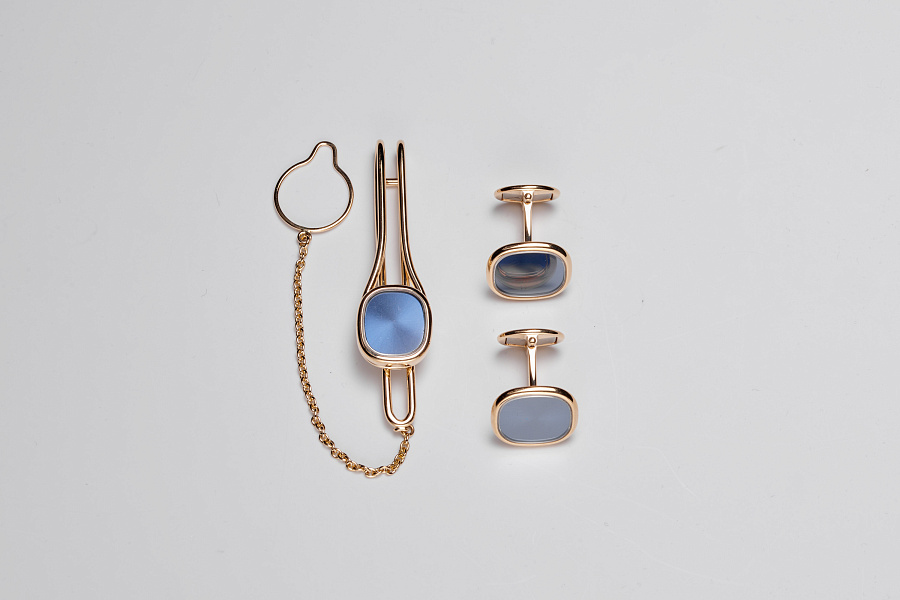 Ellipse with a Gentleman Set

The Patek Philippe Golden Ellipse watch is one of the very few designs that has been consistently produced for a long time. Since 1968, when the Golden Ellipse was launched, there have been many versions, including models that are now considered classics, those that were quickly forgotten, and exotic versions that are now in high demand. The Golden Ellipse Ref. 3738, launched in 1978, is one of those references considered a classic, as well as being the longest-lived reference – its production was discontinued in 2008–2009 when it was replaced by the large, modern Ref. 5738. Forty years of producing one model with virtually no variations in execution is very rare in the history of watchmaking, which makes one perceive the Golden Ellipse Ref. 3738 as a very promising collectible. Unfortunately, there is not enough detailed and reliable information about the evolution of this model over those forty years. Available sources include collectability.com, which reports four main production versions, with the first series from 1978 to 1988 (caliber 240); the second series 1984–1999 (caliber 240/31; the reference changed to 3738/100); the third series 1999–2005 (caliber 240/111); and the fourth series 2005–2009 (caliber 240/111).

Due to the apparent lack of information and the prominent status of this design, along with the significant place that the Golden Ellipse watch has in the history of the Patek Philippe brand, we consider this watch to be undervalued and with excellent growth prospects in the collector’s watch market. The existence of four production series suggests that there are many versions associated with changes in minor dial markings, for example, with a sigma or no-sigma dial, and Patek Philippe’s abandonment of the caliber’s Poinçon de Genève marking and the transition to their own quality seal (we do not know if there are examples of Ref. 3738 with the Patek Philippe seal, but the possibility of their release should not be ruled out). All this makes us look forward to the appearance of more detailed studies of both this reference and other Golden Ellipses.

Due to the apparent lack of information and the prominent status of this design, along with the significant place that the Golden Ellipse watch has in the history of the Patek Philippe brand, we consider this watch to be undervalued and with excellent growth prospects in the collector’s watch market.

The present example has many advantages. In addition to the outstanding and unusual design with a distinctly rounded rectangle case (a design that is instantly recognizable and identified as unmistakably Patek Philippe), is the unique solid-gold sunburst dial with a classic blue finish, the laconic design of the solid-gold baton-shaped hands and applied indexes, as well as a remarkably thin gold case and excellent thin movements, including this reference’s ultra-thin self-winding caliber 240 with off-centred 22k gold mini-rotor. In 1978, the 36 x 31mm size of the present reference was perceived as quite large, at least compared to previously-released Golden Ellipse references. Therefore, Ref. 3738 is often referred to as the Golden Ellipse ‘Jumbo’, which is funny as the watch certainly looks quite compact nowadays.

The present example, according to the information we have, belongs to the fourth production series of the Golden Ellipse Ref. 3738, with a version of the automatic caliber 240/111 and no-sigma dial.

The Golden Ellipse ‘Jumbo’ Ref. 3738/100J-012 appears to be a fine purchase for the collector who seeks to obtain an exquisite, stylish and elegant mechanical watch of a world-renowned watch brand, recognized market leader in haute horlogerie, classical and mechanical timepieces. The undoubted advantage of the present lot is the outstanding technical characteristics of the caliber 240/111, one of the thinnest and finest self-winding movements, designed in pure Genevan watchmaking traditions, marked by the Poinçon de Genève. The present watch will never lose its relevance, especially since the production of this reference has been discontinued. The renowned technical workmanship of Patek Philippe and exquisite artisanal finishing of the parts, together with the harmoniously-shaped case designed according to the golden ratio principle, and impressive branded blue dial design undoubtedly make this lot extremely attractive.