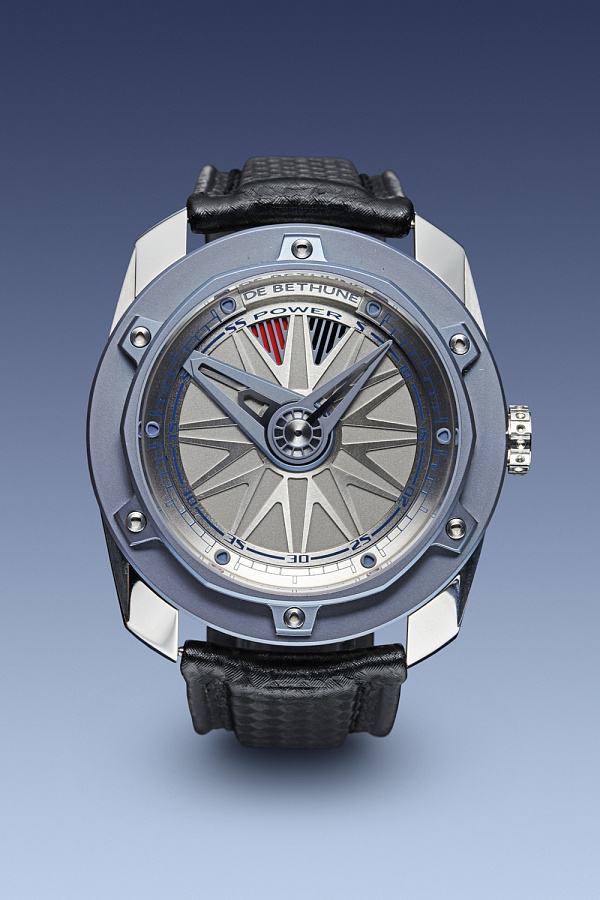 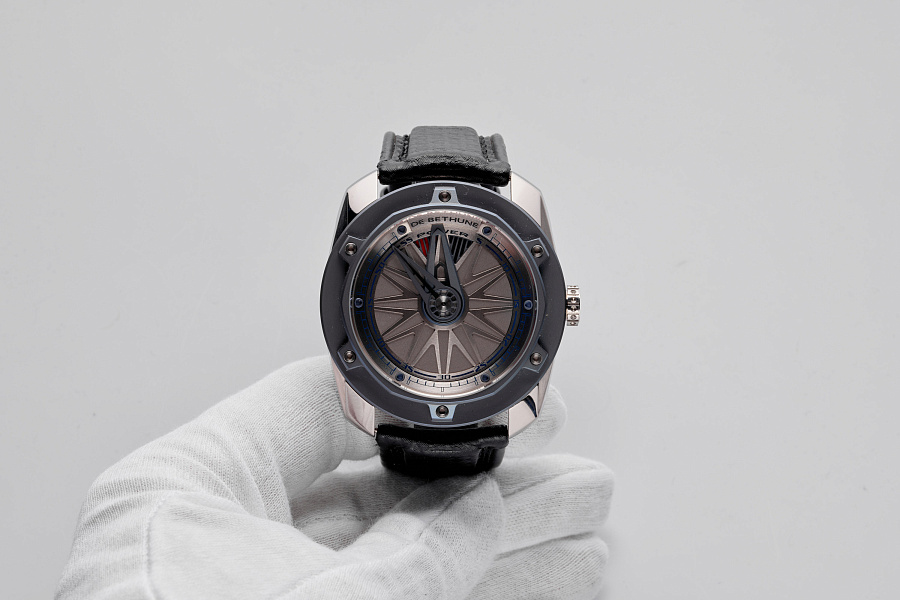 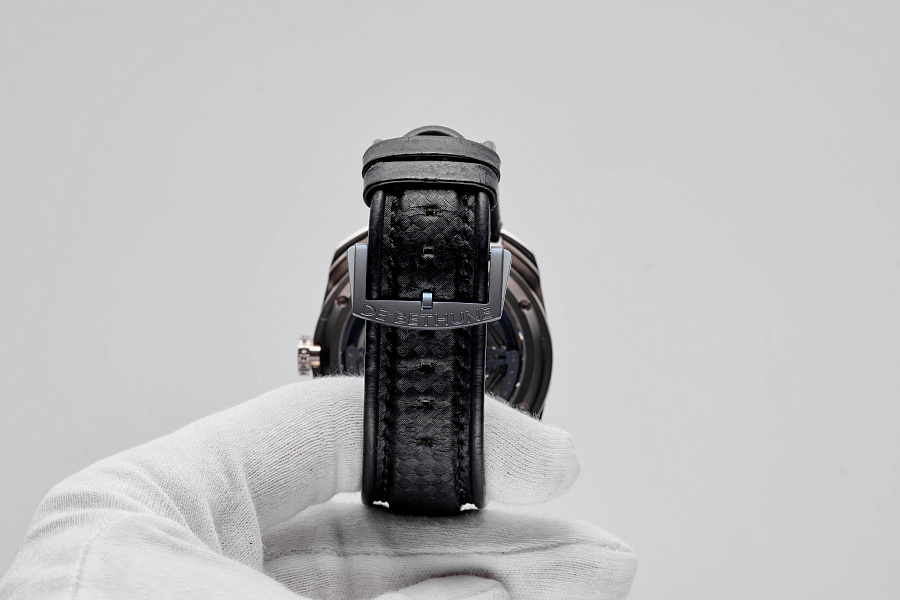 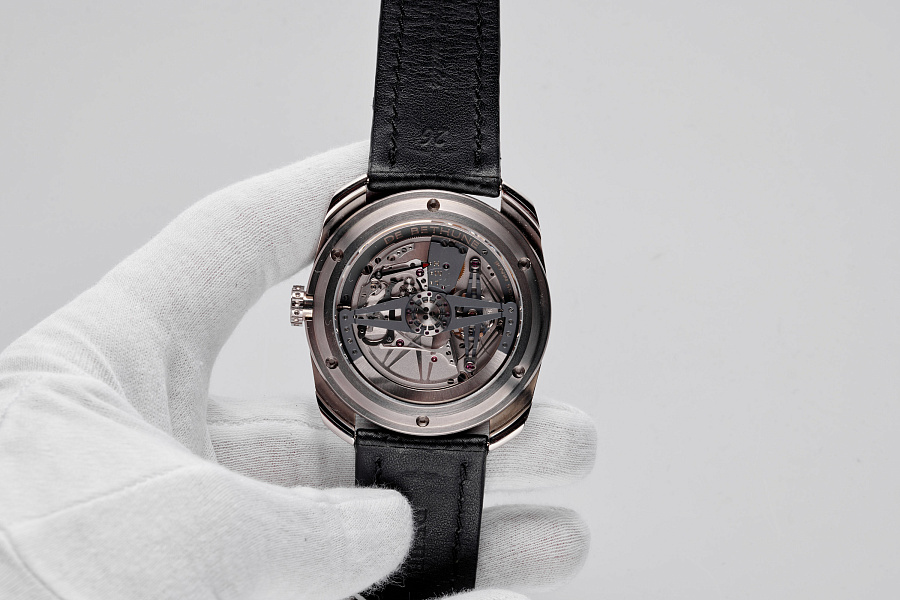 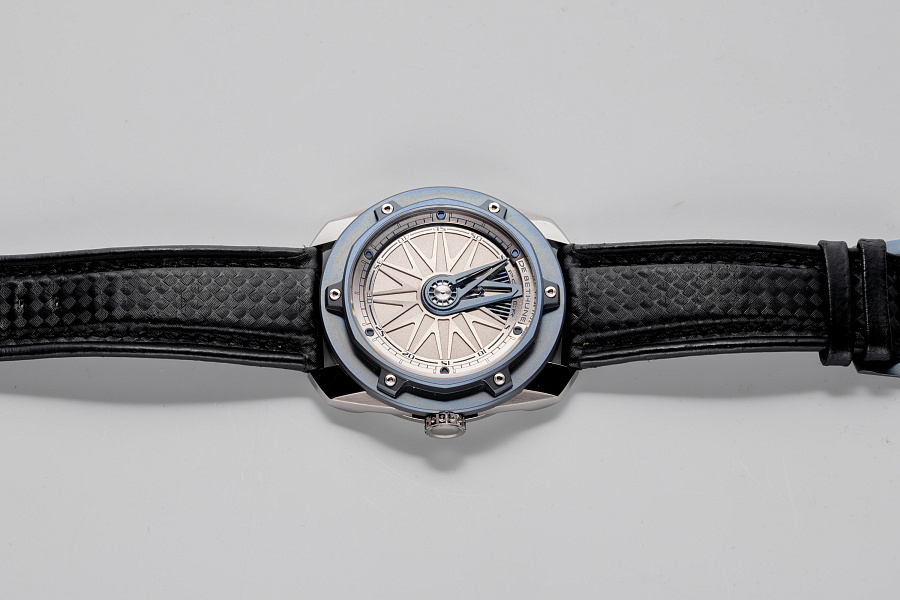 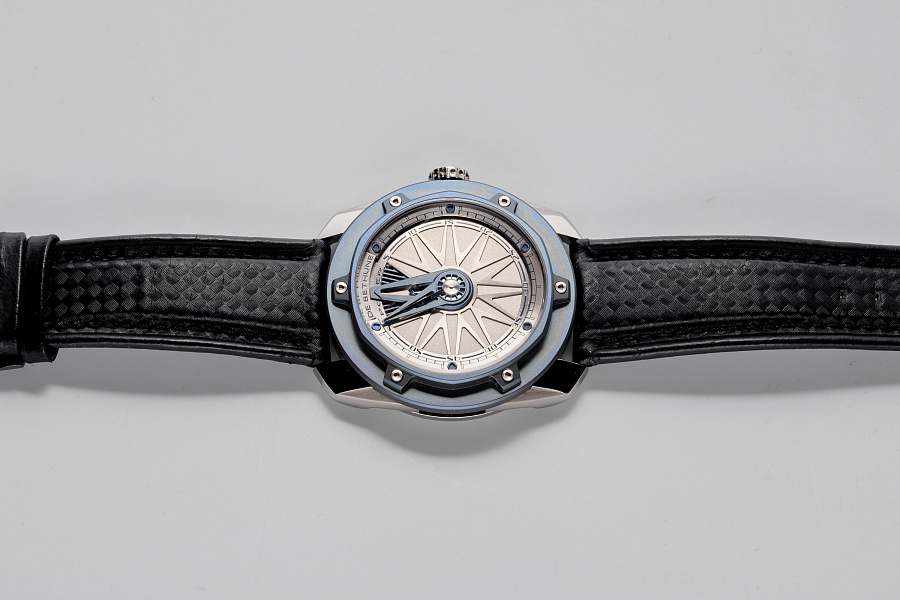 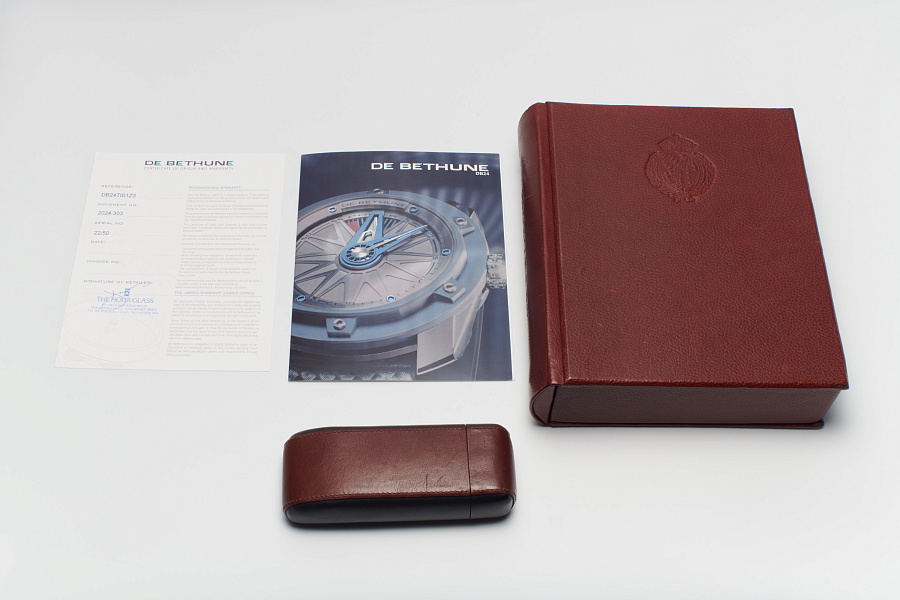 Throughout the history of the De Bethune brand, despite its comparative shortness, there have been many beautiful watches that are considered excellent collectibles. One of the earlier references, the release of which is currently known mainly to collectors and connoisseurs, is the DB24, the brand’s avant-garde sport wristwatch. This was introduced in 2007 as a modernized version of the DB22, featuring an additional practical complication to better control the self-winding system, allowing the efficiency of winding to be adjusted to the wearer’s level of activity. Many design and technical ideas were implemented in the DB24 collection, such as an unusual titanium dial with relief ‘star’ decor, avant-garde blued-titanium and hand-polished steel hands, an in-house caliber with control of the self-winding system, a high-inertia titanium/platinum balance, a hairspring with flat terminal curve, an innovative triple shock resistance system with flat steel fixing springs, and a blued-titanium flexible horizontal bridge, to name just the most significant. Therefore, the early references of the DB24 collection, in our opinion, should be considered as historically important.

What makes the caliber DB2024 particularly charming is the unusual and, it should be noted, very expensive to manufacture control mechanism of the self-winding system, which is shaped like a traditional chronograph movement with flat springs, an eccentric and switching levers.

The design of the DB2024 caliber is definitely futuristic: in addition to the features already mentioned, you should pay attention to the three-quarter plate with matte abrasive blasting and straight-grinded stiffeners, the central openworked rotor with a shock-resistant mount with 12 jewels on four shock-absorbing petals, and an abundance of details made from blued titanium.

What makes the caliber DB2024 particularly charming is the unusual and, it should be noted, very expensive to manufacture control mechanism of the self-winding system, which is shaped like a traditional chronograph movement with flat springs, an eccentric and switching levers. The finish of these steel parts is traditional high-end with straight grinding of the top surfaces, chamfering and polishing, and spherical polishing of the axle tips and pins. It is pure fine watchmaking and a delight for the owner to admire this movement and the smooth interaction of its parts as the winding mode is switched. Thanks to a lever actuated by a turn of the winding crown in its second pull-out position, the modes ‘high’ (H), ‘middle’ (M), or ‘low’ (L) can be chosen and are indicated by a hand placed on the lever that is visible through the exhibition caseback. This function of regulating the efficiency of the automatic winding was only used in the watches of the DB24 collection, the brand later abandoning its use due to the high production costs – reason enough to treat this collection as a desirable collectible that will only increase in value.

The DB24 watches are also notable for their avant-garde design. This refers to the dial’s relief structure (the same as the structure of the movement’s mainplate, visible through the exhibition caseback), as well as to the hands of a complex two-part design and combined blued-titanium and polished steel execution, and to the see-through power reserve indicator with W-shape and multiple slots. The unusual and notable design gives the present DB24 watch, as well as all DB24 and DB22 collections releases made according to the same design, an impressive, charismatic character.

The De Bethune DB24 Power Sport Ref. TIS1Z3 limited-edition watches appear very rarely on the market, which is not a surprise in view of the small production run due to the brand’s transition to the production of other collections, mainly the DB25 and DB28. Therefore, the present lot would be an attractive purchase for the collector and De Bethune watchmaking expertise aficionado, with an opportunity to obtain a very rare, charismatic and historically important mechanical timepiece from this famous independent watch brand, one of the undoubted leaders in the haute horlogerie and collector’s watch market. The present lot may well be considered a must-have for the discerning collector interested in acquiring one of the cornerstones of modern horology.

The keen collector should note that also offered for purchase in this sale is an impressive selection of De Bethune collectible wristwatches, including the extremely rare ‘all blue’ DB28 Kind of Blue ‘Golden Hands’, DB28 Grand Sport ‘Grand Sailor’, the rare and desirable DB26 Perpetual Calendar ‘The Last’, as well as other fine and notable timepieces of the brand.