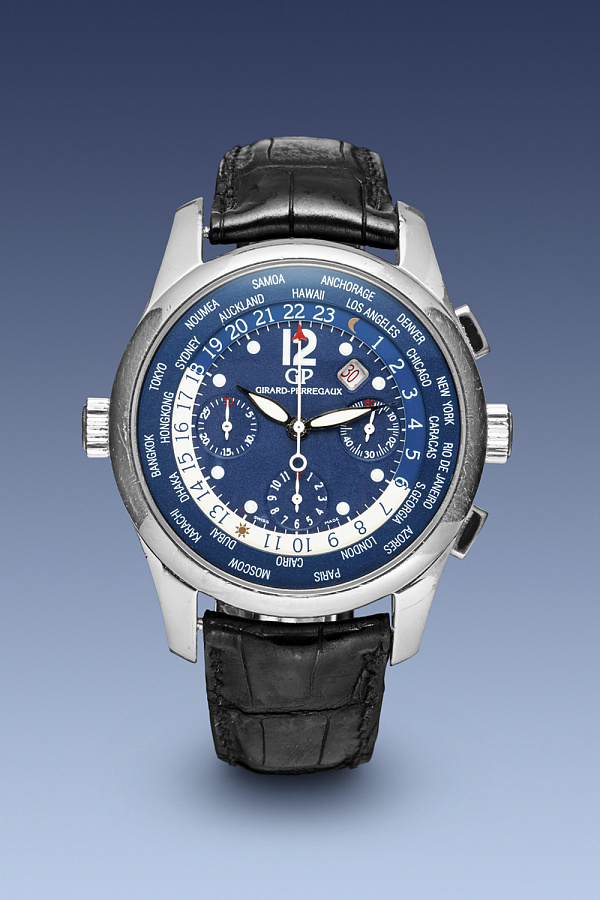 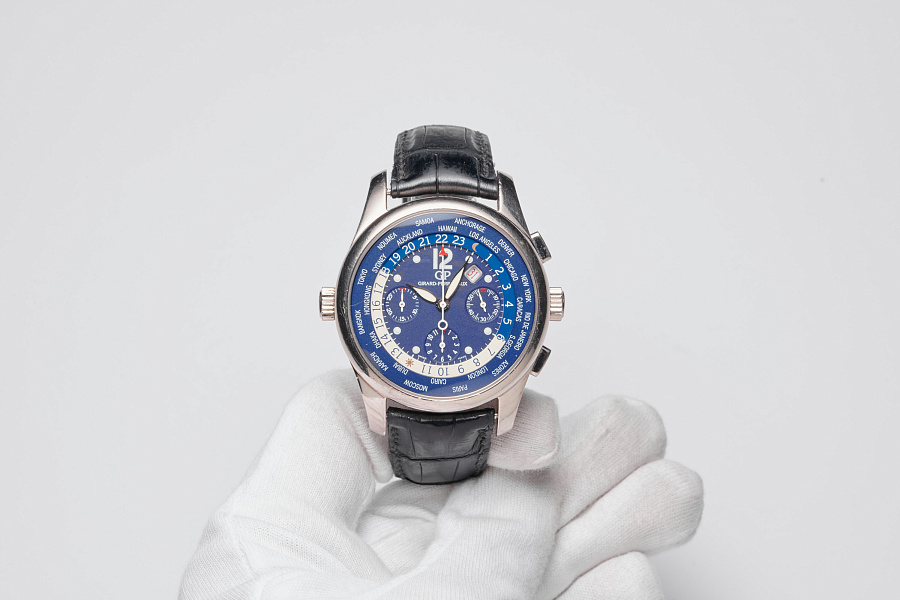 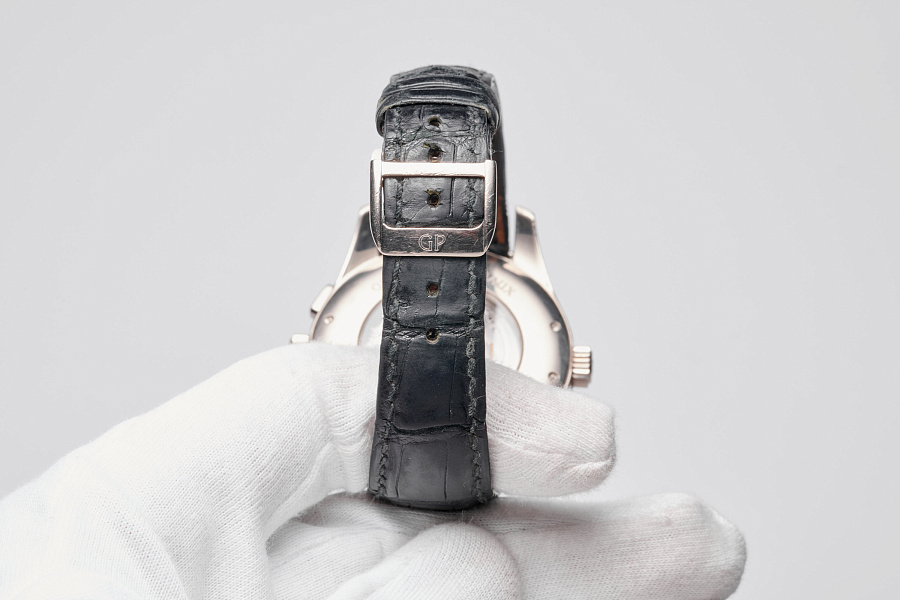 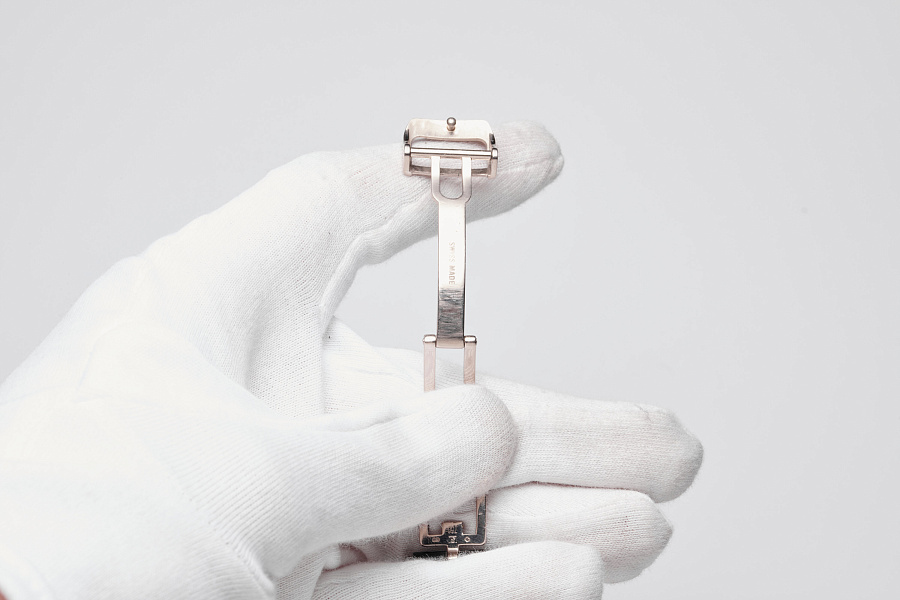 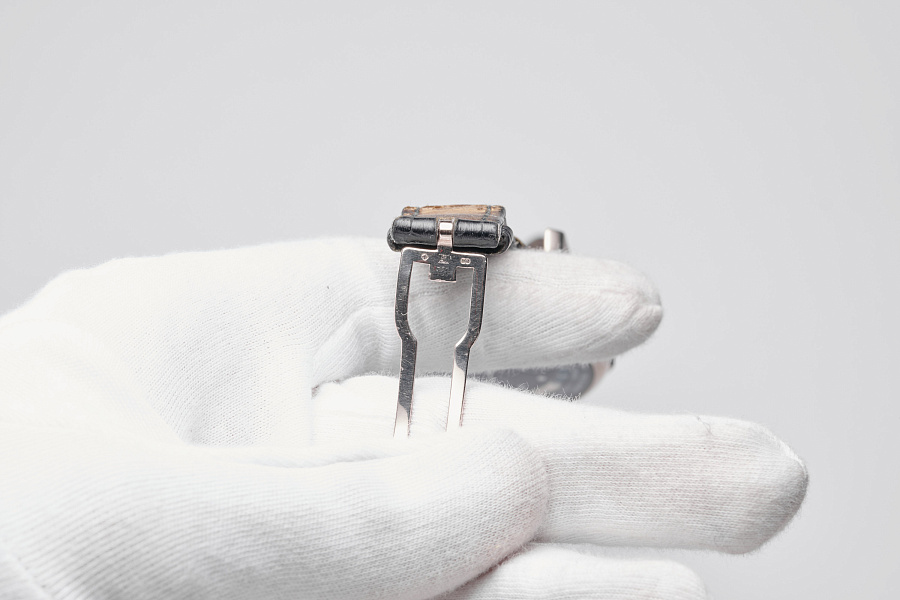 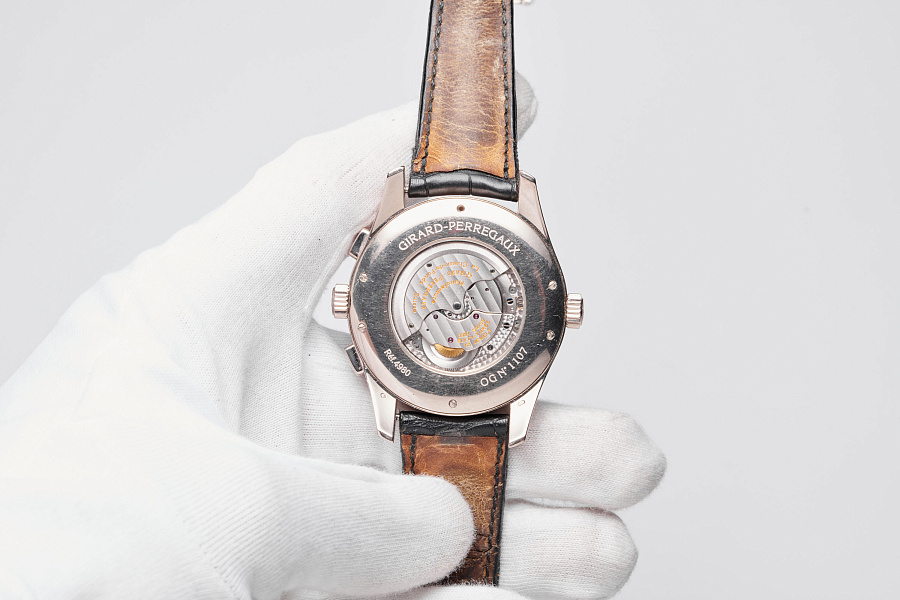 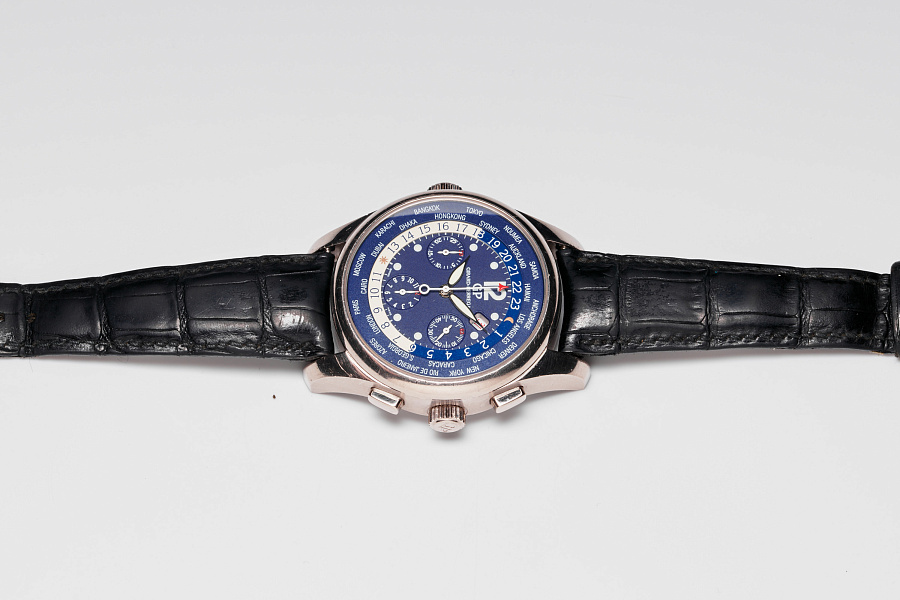 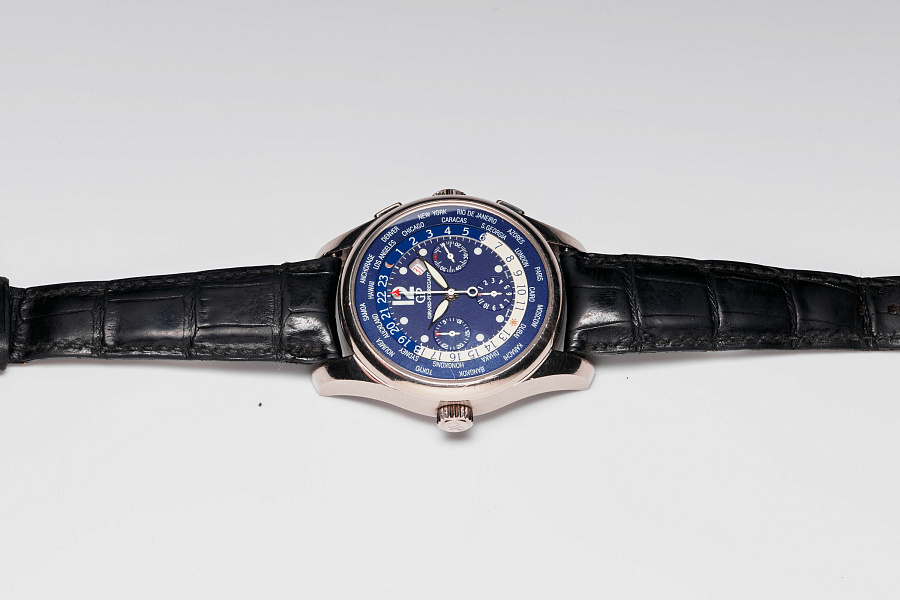 Girard-Perregaux introduced the ww.tc world time watches – the story goes that this name stands for World Wide Time Control – based on a module produced and developed in-house in 2000, using the idea of a 24-hour ring making a 24-hour-long rotation alongside a city-ring with the indication of time zones via the names of the world’s principal cities. Accordingly, the owner of the watch had a means to immediately understand the local time in every city depicted on the city ring. This design was a 1930s invention made by the renowned Genevan watchmaker Louis Cottier, who went on to produce world-time complications for Patek Philippe, Vacheron Constantin, Agassiz and Rolex. Girard-Perregaux combined the world timer with a chronograph function, creating a dial full of indications quite relevant to the style popular in the 2000s.

For the present example, it was a big surprise for us to discover that its distinctive blue dial turned out to be one of the most rarely seen designs ever for this reference.

The design turned out to be in demand and, thanks to the presence of a chronograph, is different from offerings of other brands. For the ww.tc Ref. 4980 Girard-Perregaux used as its base movement a self-winding chronograph caliber GP3080, now known as GP030C0. Modified by the addition of the world timer module, the movement received the designation GP3387. Ref. 4980 Immediately formed a successful line in the brand’s collection, with numerous versions issued in rose and yellow gold, stainless steel, titanium and even high-tech black ceramic. Examples in platinum or white gold are quite rare. The ww.tc predominantly featured black or white dials, or cream-coloured versions for gold models, with occasional two-tone dials including a ‘panda’ design, as well as sporty styling on the ‘pour Ferrari’ or ‘America’s Cup’ special editions. Other versions of movements with various complications appeared later – from the simplest with small seconds hand to a sophisticated three gold bridges tourbillon. It appears that Ref. 4980 was discontinued in 2013 with the launch of the Traveler ww.tc. The popular design was briefly resurrected as the 1966 ww.tc Ref. 49557 in 2017, to disappear from the brand’s catalogues soon after. Now, Girard-Perregaux ww.tc watches have gained the status of being a very attractive collector’s item, and promise great pleasure in a scrupulous study of the evolution of a design which today has already become history.

For the present example, it was a big surprise for us to discover that its distinctive blue dial with blue and white 24-hour ring and red accents (on the tip of the central seconds hand, date numerals, and the ‘30’, ‘60’ and ‘12’ indexes on the chronograph counters) turned out to be one of the most rarely seen designs ever for this reference. We were able to find information about only one example of the ww.tc Ref. 4980 of the same design, with the close case number of 1105 (the present example is No.1107).

According to our knowledge the present lot is one of the rarest Ref. 4980 watches, keeping in mind that models in 18k white gold are already quite rare. Therefore, the Girard-Perregaux ww.tc Heures du Monde ‘All Blue’ Ref. 4980 would appear to be a must-buy for the collector, offering the opportunity to obtain an extremely rare, attractive and charismatic complicated mechanical wristwatch from a world-famous traditional watch brand, one of the undoubted leaders in the haute horlogerie watch market. This watch is an impressive showpiece of Girard-Perregaux craftsmanship, able to create its own iconic world-timer watch design. At the same time, the 43mm size, elegance of the round white gold case and rarest blue dial, useful world time complication and the undoubted retention of the relevance of its design and execution make it a pleasure to wear this watch on a daily basis.