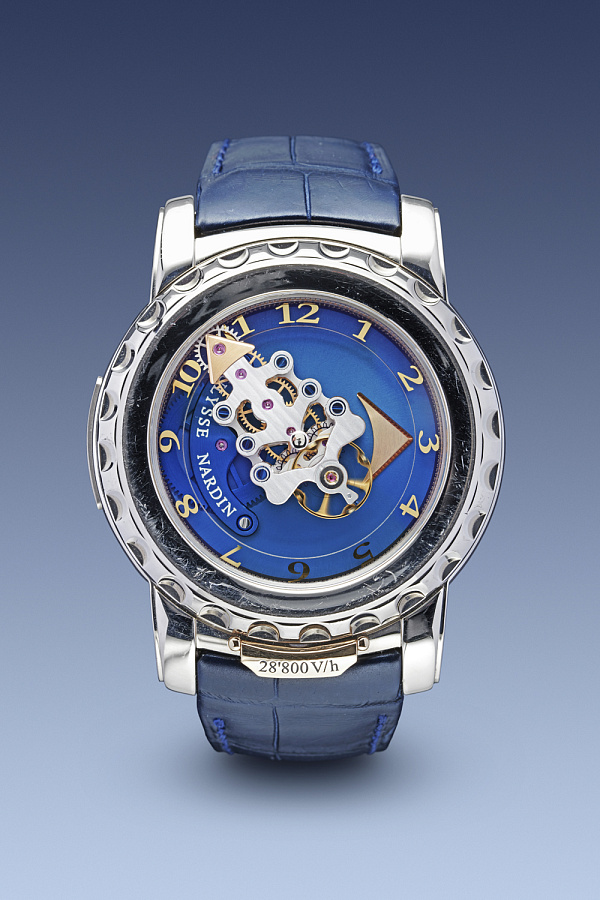 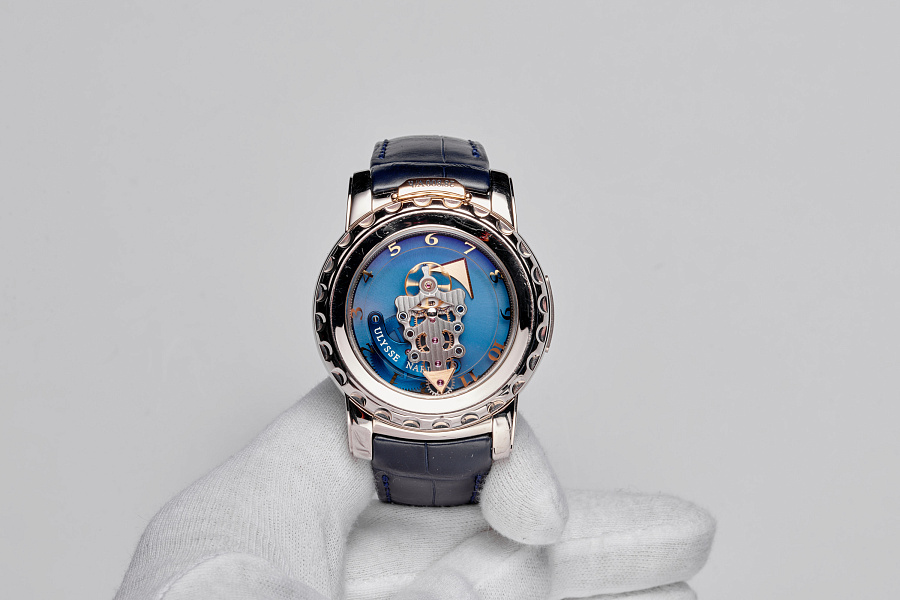 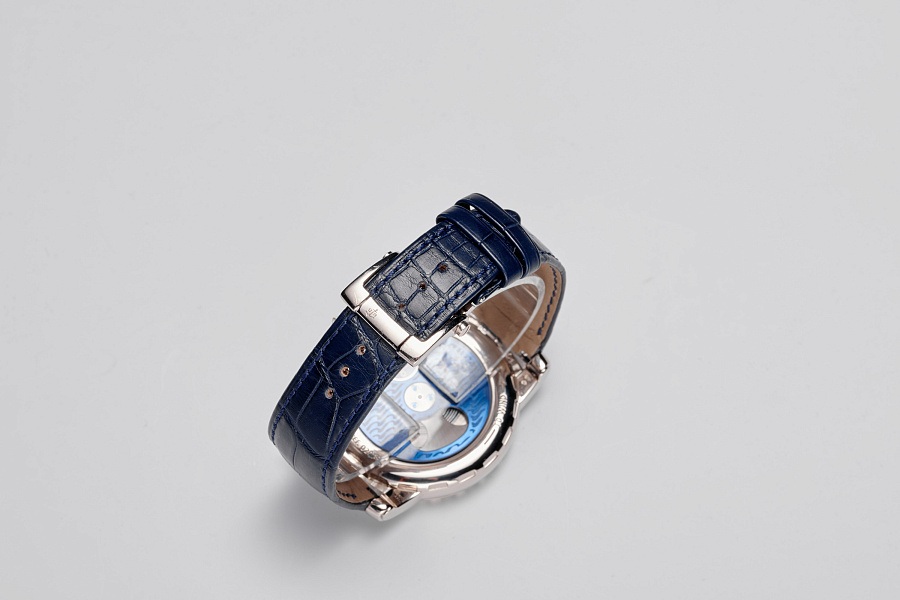 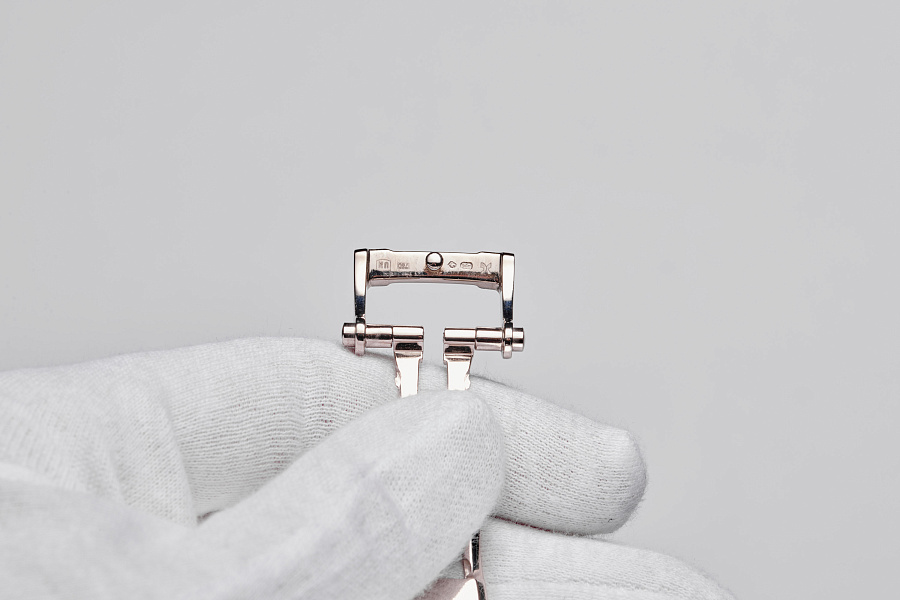 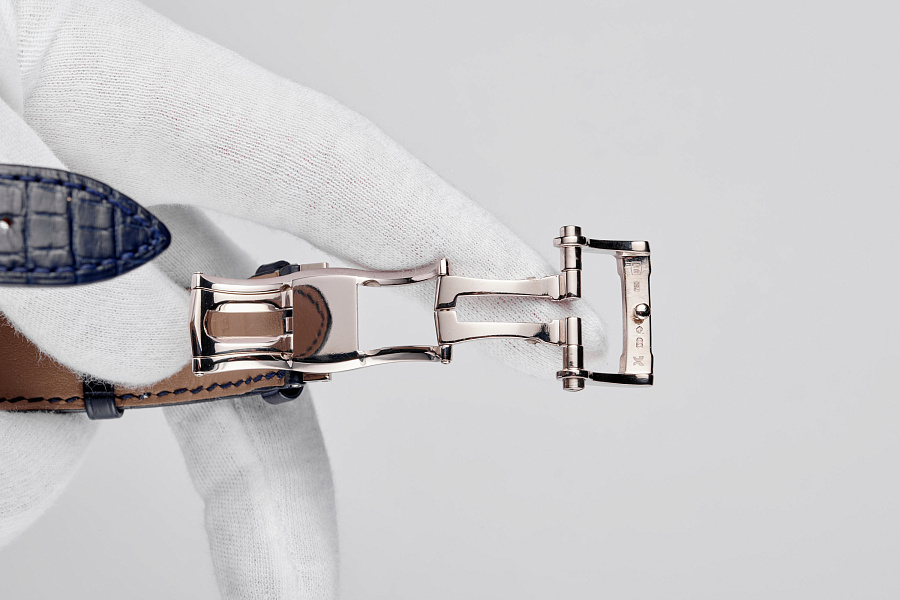 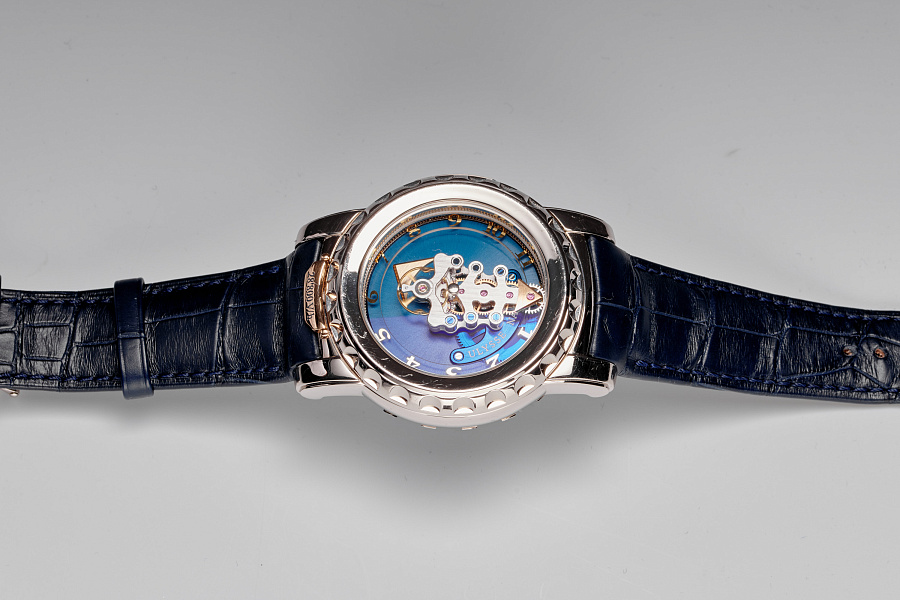 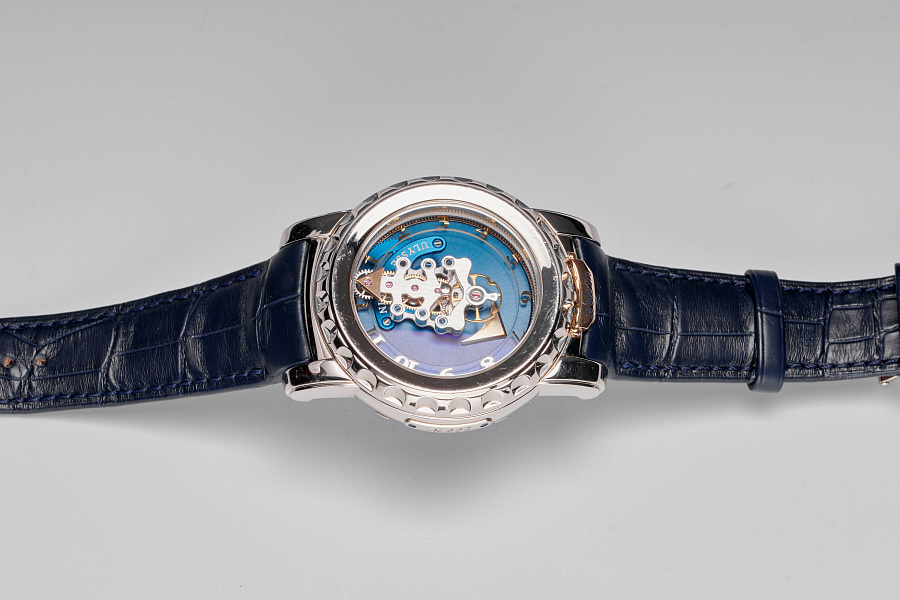 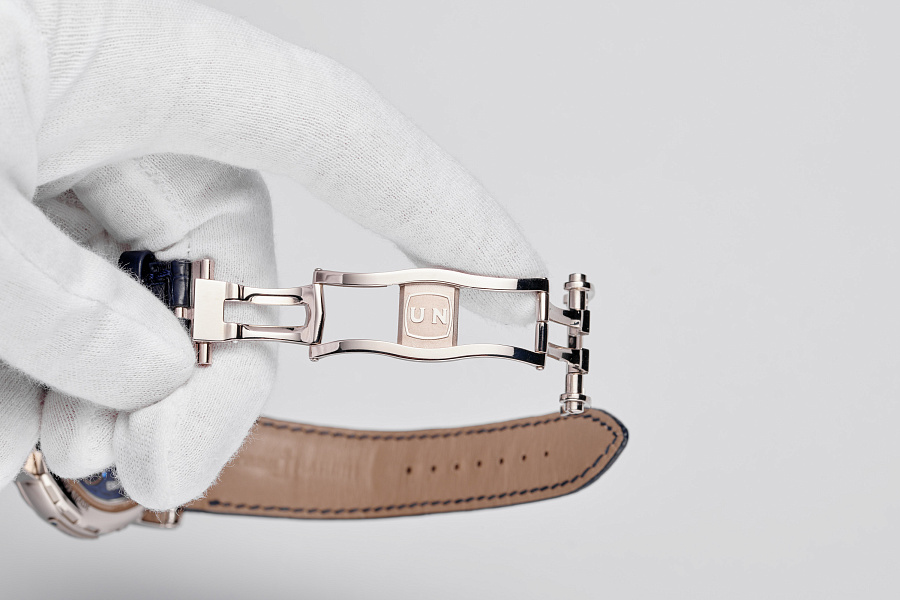 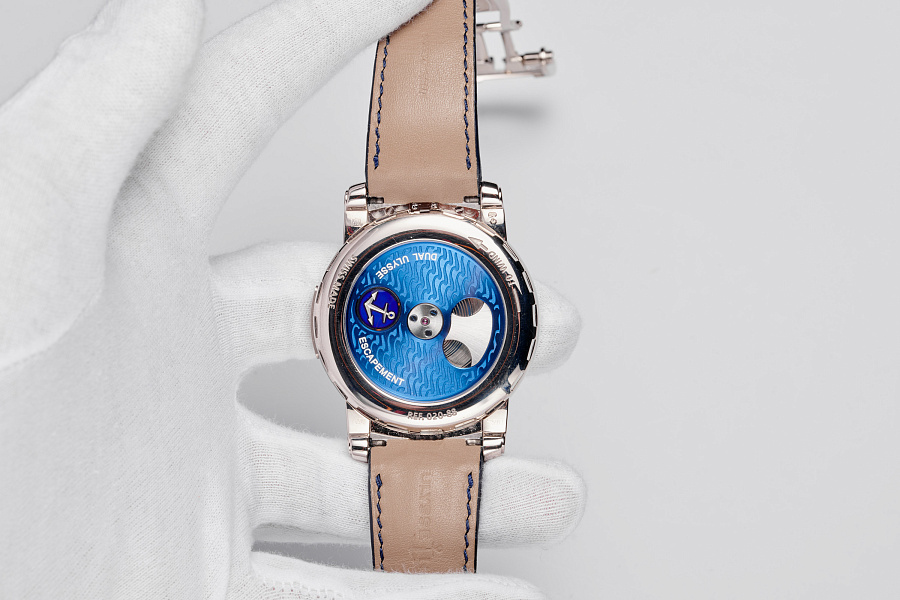 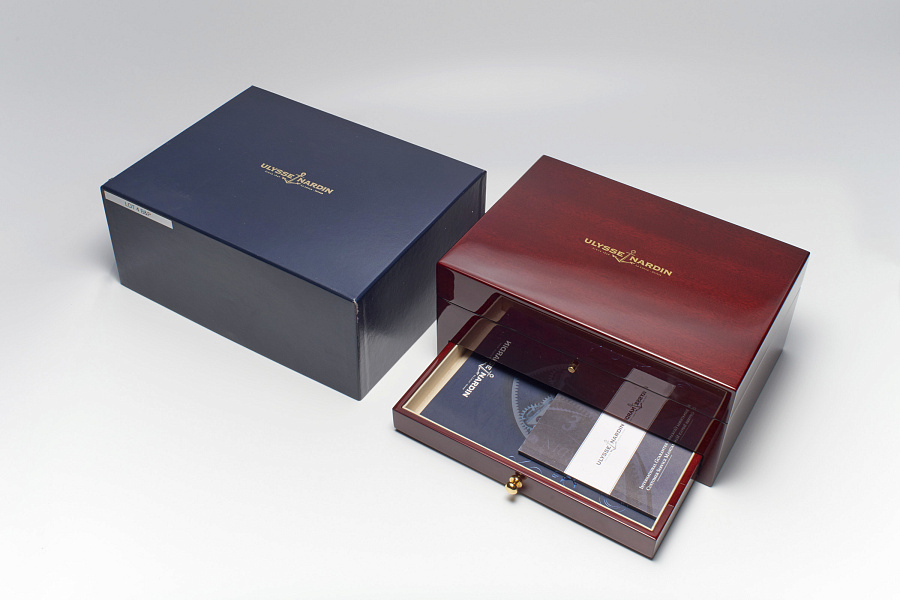 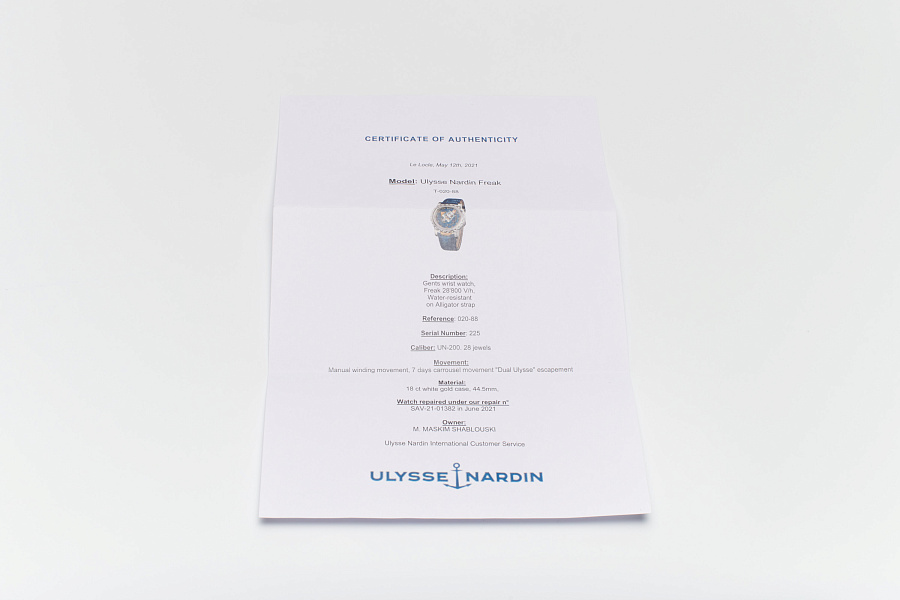 The project of a watch with a central carousel was initiated in 1997–1998 by Rolf W. Schnyder, the owner of Ulysse Nardin, who decided to realize the idea of aspiring inventor Carole Forestier, winner of the A.-L. Breguet 250th anniversary watchmaker competition in 1997. According to Schnyder, Carole Forestier was unable to complete the project, so he handed it over to Ludwig Oechslin, watchmaker, inventor, researcher and creative mind behind the brand. In fact, Oechslin totally redesigned the watch developing an unusual concept with rotating bridges, a 1-hour orbital tourbillon, and a wheel gear mechanism that was used to indicate the minutes. Its caliber was fitted with a novel double impulse wheel escapement, described as a dual direct escapement, which, technically speaking, is an evolution of L.-A. Breguet’s échappement naturel of 1789. Oechslin gave the watch he actually invented the playful name ‘Freak’. The first-generation Freak version Ref. 016-88 in rose gold was introduced by the brand in 2001 and caused a sensation. A little later, the brand presented Ref. 010-88 in white gold. Traditionally-minded watchmakers and connoisseurs hadn’t imagined that a watch could be so crazy.

During the whole production span there were several versions of Ref. 020-88. The present lot, marked by the case number 225, according to our knowledge, belongs to the second generation of this reference

Nevertheless, the first-generation Freak had some shortcomings. In particular, these were problems with the escapement stability, as well as the annular balance of a somewhat simple appearance – as in inexpensive mass-produced watches, which could not but irritate connoisseurs of watchmaking art. In Freak 28’800 V/h Ref. 020-88 (as well as in rose-gold Ref. 026-88), the second-generation watch launched in 2005, the problems were overcome. The escapement stability was achieved by modifying the escapement itself, resulting in no direct action of the impulse wheels on the balance. In the new design, the escapement was designated as a dual Ulysse escapement. The frequency of the balance was also increased to 28,800 vph, and a variable-inertia free-sprung balance with 4 adjustment screws was installed, more befitting of a luxury watch than a simple annular balance.

The watch was redesigned with a new version of the bezel with 24 notches, compared with 20 in Refs. 016-88 and 010-88. Between the lower lugs of the case, a rose gold lock was installed with the inscription “28’800 V/h”, which was intended to fix the bezel, preventing unintentional rotation of the ‘hands’ of the Freak watch.

During the whole production span there were several versions of Ref. 020-88. The present lot, marked by the case number 225, according to our knowledge, belongs to the second generation of this reference – Ref. 020-88 Mk2. Together with its sister reference 026-88 in rose gold, the early versions of Ref. 020-88 are characterized by the straight-grinding finish of the bridges of the revolving structure, the same finish of the hands’ arrows and the matte blue dial background (020-88 Mk1 & 026-88 Mk1). The later examples of Ref. 020-88, starting from circa No.040, had bridges decorated with Côtes de Genève, and a sunburst dial. A more intricate picture is seen in the finish of the back plate of the movement, which is blued. In the examples of the first and second generations (020-88 Mk1 & Mk2), its upper surface was decorated with snail brushing, while in later pieces, starting from approximately No.300, circular brushing is found (we designate it as 020-88 Mk3). Clearly, the overall picture is still far from complete and is waiting for an attentive researcher. This is obviously an extremely intriguing topic of study.

According to our knowledge, white-gold Ref. 020-88 watches appear on the market much less frequently than Ref. 026-88 in rose gold. Serial number analysis also suggests that the total production of white-gold models was smaller.

The Ulysse Nardin Freak 28’800 Ref. 020-88 Mk2 would appear to be an attractive purchase for the collector and connoisseur of fine watchmaking due to its impressive and unusual design. It is definitely one of the cornerstones and modern vanguards of creative watchmaking. The Freak watches are seen as a rewarding topic for research and collecting, which highly increases the value of this example. It represents an extremely interesting page in the chronology of this collection, as a very fine collectible and as a representation of an important – and still to be discovered in detail – page in the timeline of the Freak collection. The present watch has a strong and distinctive character, and may well attract a connoisseur of watchmaking art as an extraordinary daily wearer.