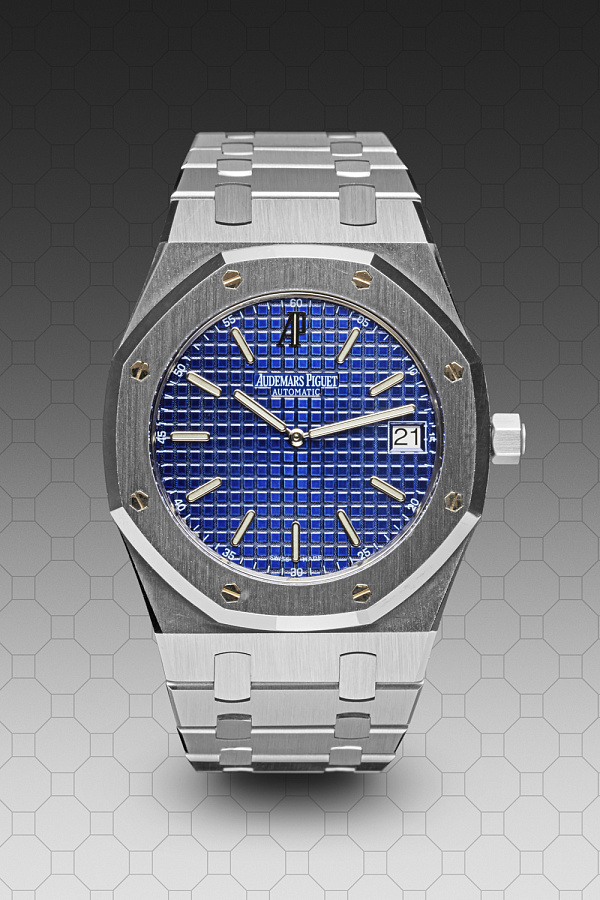 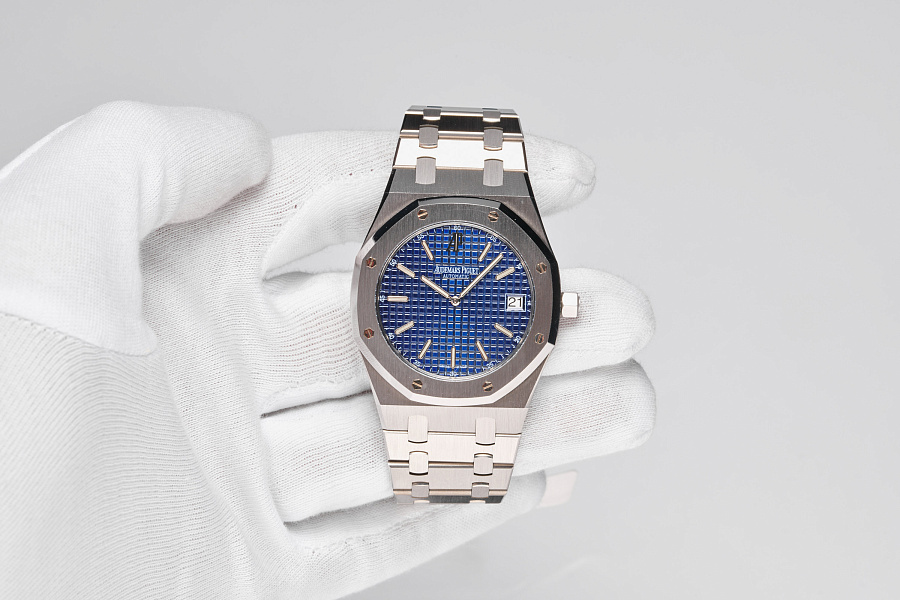 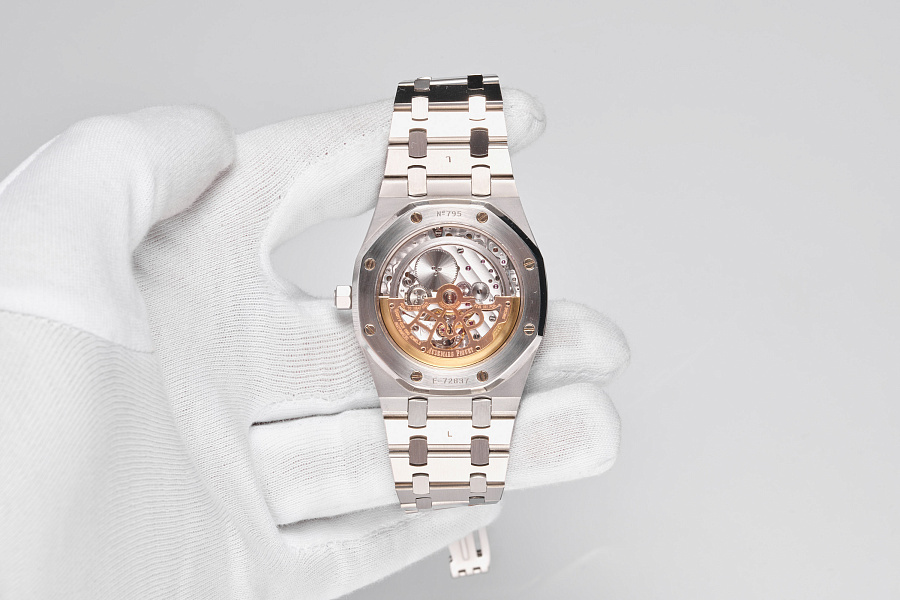 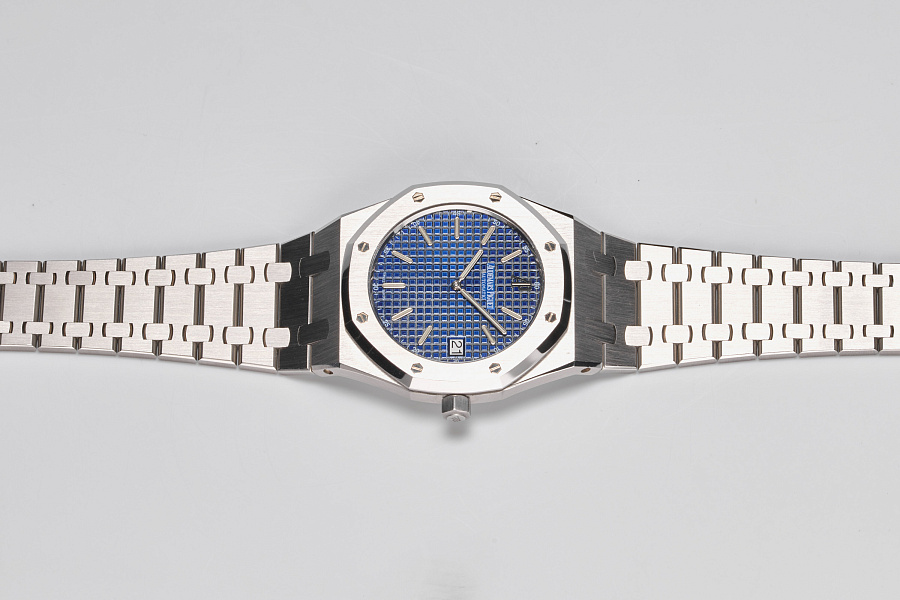 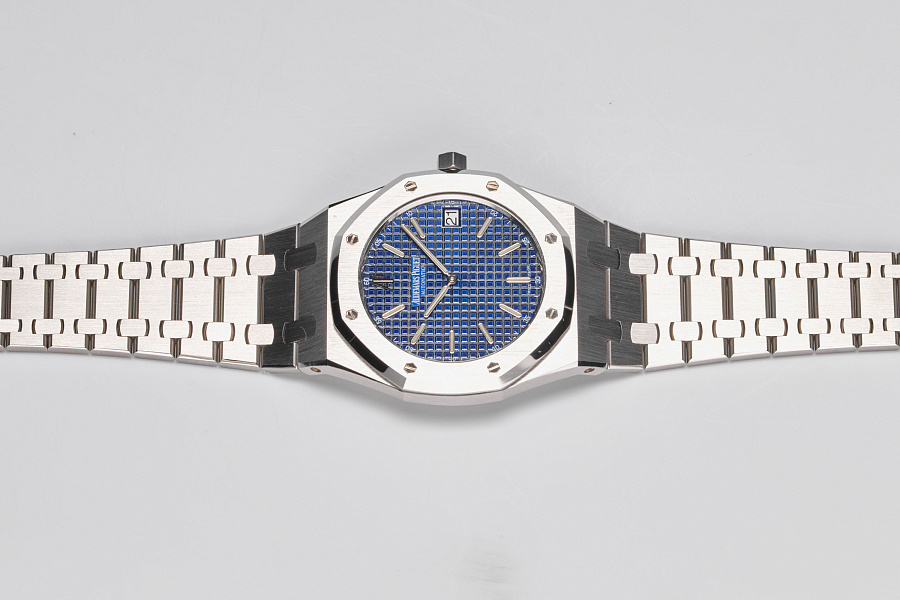 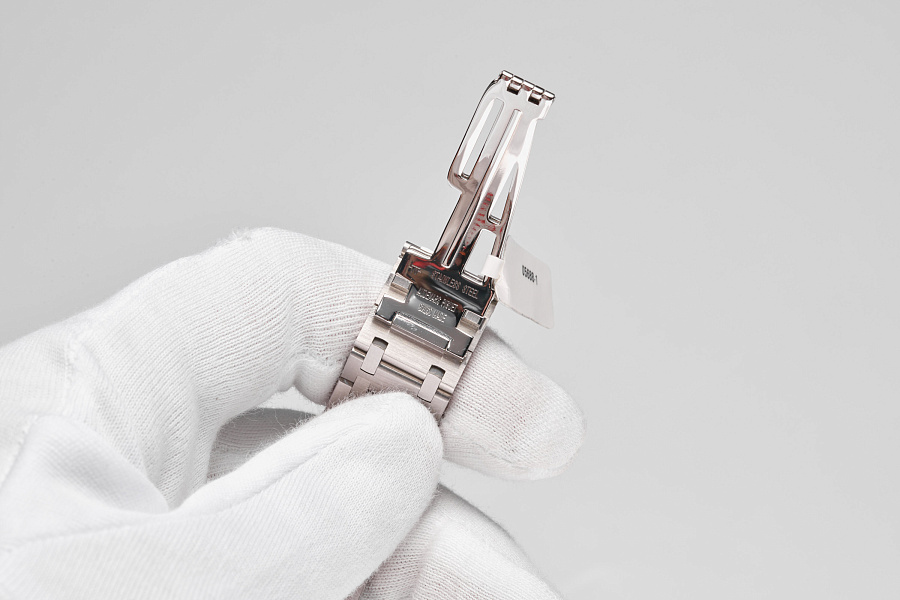 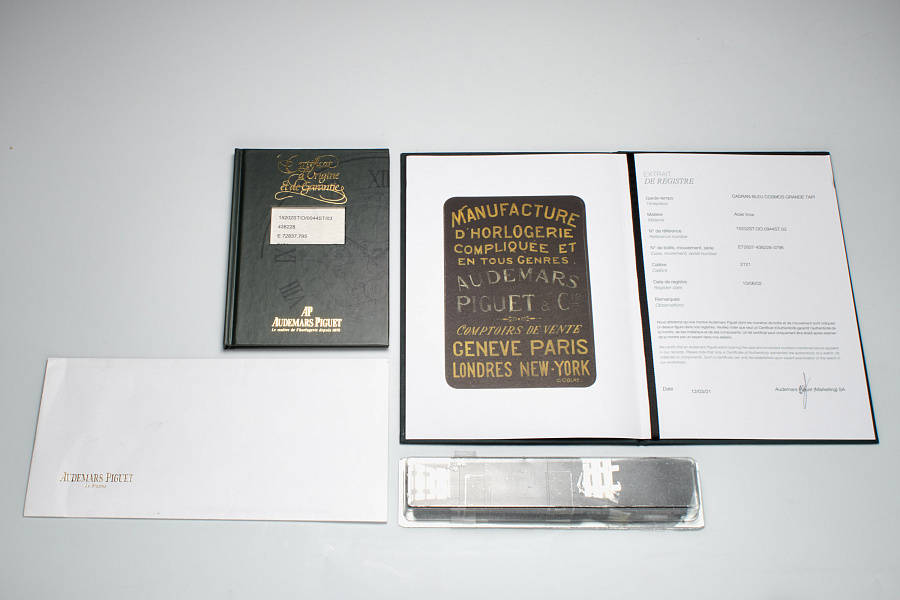 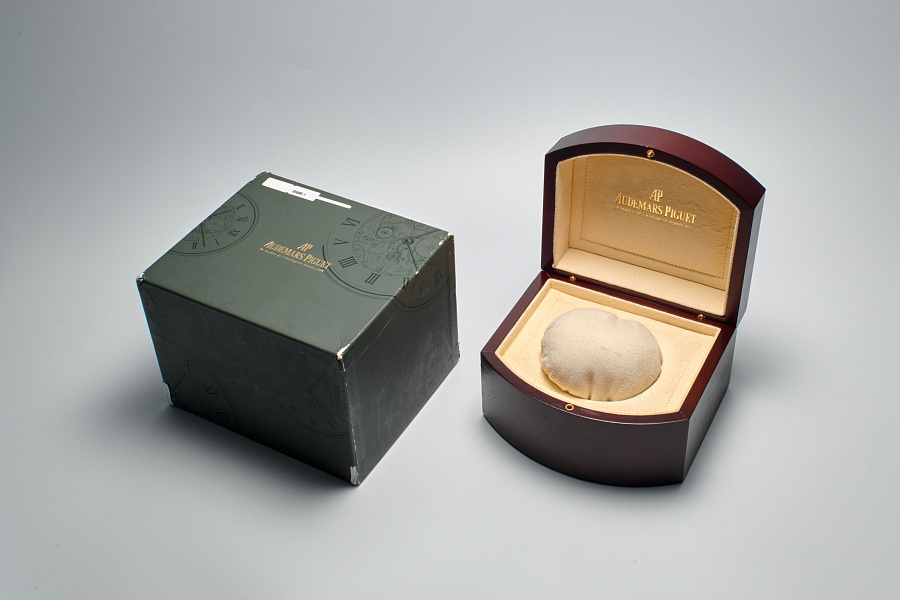 In Ref. 15202 one can see the carefully preserved design features of the original Royal Oak Ref. 5402 created in 1972 by renowned designer Gérald Genta, including the unique proportions, shapes and the high-quality finish of all parts. Although the present reference, as well as other newer ‘Jumbo’ references, are overshadowed by their predecessor, the iconic Ref. 5402ST, it has recently been gaining a substantial amount of interest in the collector’s community due to its rarity. Launched in 2000, the Royal Oak Ref. 15202 replaced the previous Ref. 15002, and was released after a display caseback was added to the existing design of the 5402/15002. Mark 1, an earlier version of the 15202, is easily identified by the ‘AP’ logo being at 12 o’clock instead of 6 o’clock, as in the newer version Mark 2, released by the brand in 2012 for the occasion of the Royal Oak’s 40th anniversary. The reference 15202 Mk2 received an upgraded dial to make it look closer to the original 5402, with the ‘AP’ logo placed at 6 o’clock and a small original ‘Tapisserie’ pattern. The caliber 2121 was upgraded as well – its skeletonized rotor acquired a clear geometric shape to replace the previous design, which was made with the respect for the art nouveau style traditions. The pink gold 15202 Mk1 version was launched in 2006.

Royal Oak ‘Jumbo’ vivid blue dial options have shown an incredible growth in popularity in recent years, and are in hot demand on the secondary market, making the present example a highly desirable item.

Reference 15202, especially the earlier Mk1 version, has become one of the most coveted watches of the Audemars Piguet modern-production ‘Jumbos’. It was introduced in stainless steel and yellow gold, retaining the 39mm case of the original ‘Jumbo’ as well as the original ultra-flat self-winding caliber 2121, and endowed with a modernized dial design with an enlarged ‘Grande Tapisserie’ pattern. The 15202’s model range includes a silvered dial (for the first time in a ‘Jumbo’ timeline). This is the most widely used option, both in stainless steel and gold, but is also available with the original Jumbo’s dark blue dial and in a so-called ‘Cosmos Blue’ (‘Electric Blue’) dial, as the present reference.

The Royal Oak Extra-Thin ‘Jumbo’ Ref. 15202ST.OO.0944ST.03 Mk1 ‘Electric Blue’ is definitely one of the rarest and impressive reference 15202 options, featuring a charismatic combination of stainless-steel case and bracelet, and vivid ‘Electric Blue’ dial of early E-series Mk1s. Royal Oak ‘Jumbo’ vivid blue dial options have shown an incredible growth in popularity in recent years, and are in hot demand on the secondary market, making the present example a highly desirable item. Therefore, the present lot would be an excellent purchase for the collector who desires an extremely rare and iconic Royal Oak ‘Jumbo’ wristwatch, produced by a world-renowned traditional watch brand, one of the undisputed leaders in the haute horlogerie watch market.