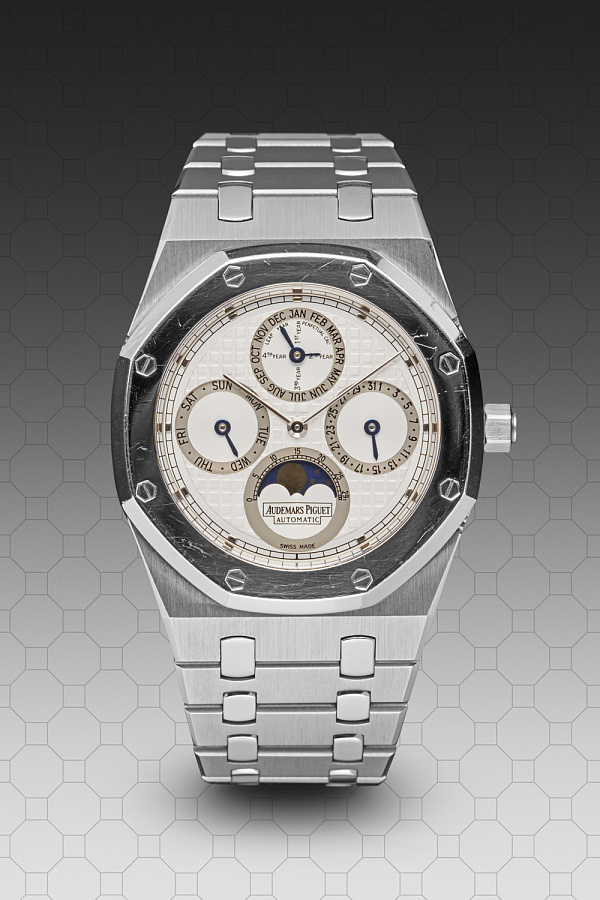 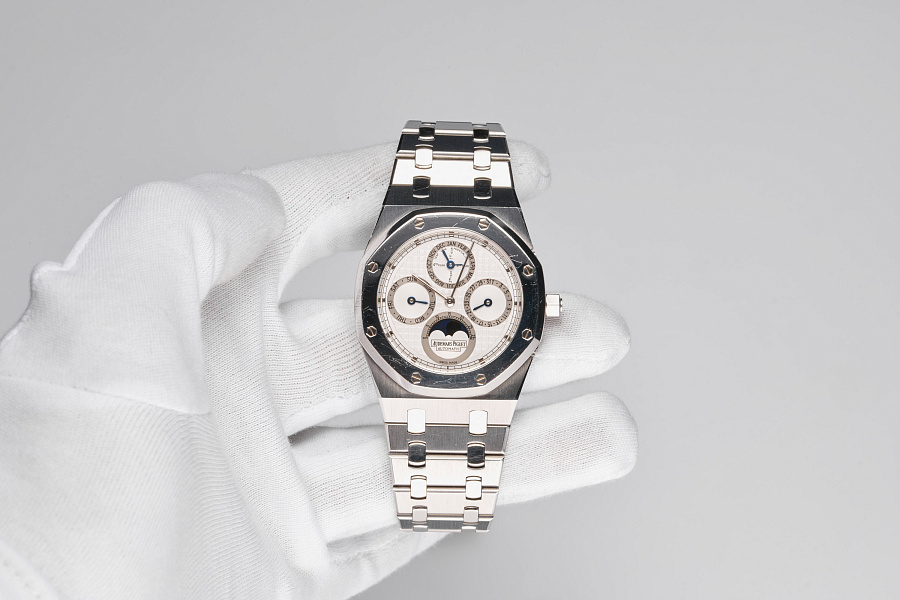 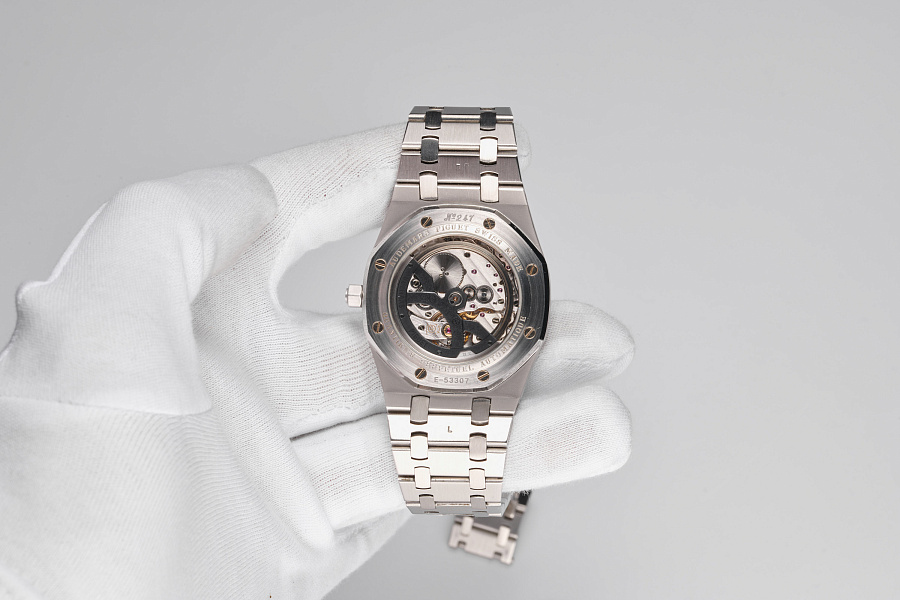 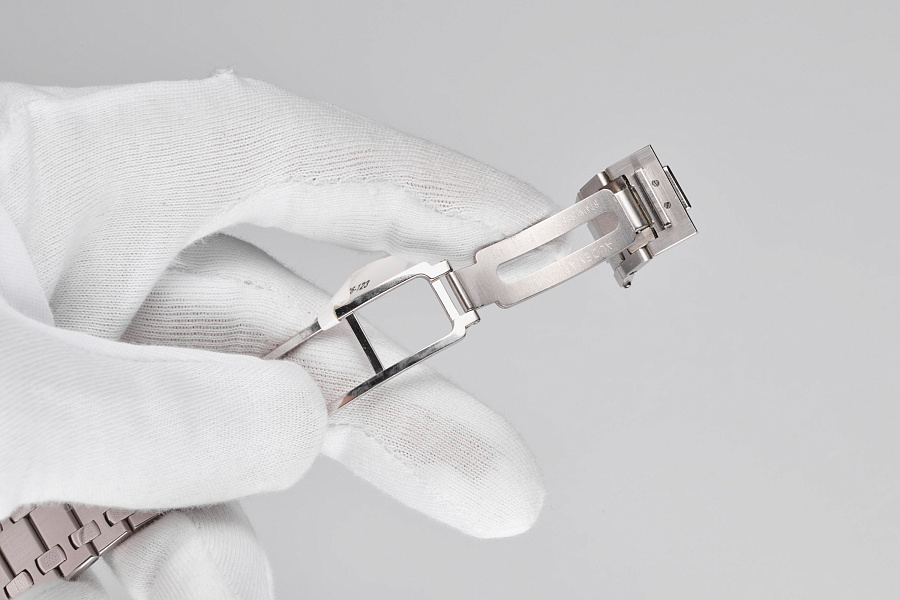 This extremely rare Royal Oak Perpetual Calendar Ref. 25820SP in platinum 950 and stainless steel is powered by the ultra-thin self-winding caliber 2120/2802, developed in 1995 as a sophisticated version of the original caliber 2120/2800 with the addition of a leap year indicator. Ref. 25820 is the first series-produced Royal Oak Perpetual Calendar to be equipped with such an indicator, although it should be noted that the central hand of the week number indicator, which first emerged in the initial version of the 1995 movement, did not appear in the series-produced Royal Oak perpetual calendars until 2015. The caliber 2120/2802 was based on an automatic movement-blank supplied by Jaeger-LeCoultre, while the calendar module was based on a kit from the Dubois Dépraz factory. Both are long-term partners and suppliers of Audemars Piguet. The ultra-thin caliber 2120/2802 made it possible to produce remarkably thin and elegant watches, which is especially significant given the complexity of the perpetual calendar function itself. The proportions of the thin 39mm case should be considered perfect.

The platinum and tantalum models are among the rarest, while Ref. 25820SP, with a 950 platinum and stainless-steel case, is appealing for its platinum case and bracelet parts

The Royal Oak Perpetual Calendar Ref. 25820 was produced in a variety of designs: stainless steel (with five dial options), 18k yellow gold (two dial options), stainless steel and platinum (three dial options), tantalum and 18k pink or yellow gold, platinum (two dial options), and finally in tantalum and platinum. The platinum and tantalum models are among the rarest, while Ref. 25820SP, with a 950 platinum and stainless-steel case, is appealing for its platinum case and bracelet parts, which greatly enhance the perceived value and aesthetic appeal of the watch. In addition, fewer watches were produced in this version compared to standard stainless-steel Ref. 25820ST models, which certainly increases the attractiveness of Ref. 25820SP for the collector. The present example features a matt silvered dial, which is rare for Ref. 25820SP – the majority of those produced had a black dial with enlarged ‘Grande Tapisserie’ pattern, and calendar counters with a contrasting circular brushed metallic ring.

The present Royal Oak Perpetual Calendar Ref. 25820SP.OO.0944SP.03 ‘Steel & Platinum’ would appear to be a fine opportunity for the collector who is looking for an extremely rare and attractive perpetual calendar wristwatch from a world-famous traditional watch brand, one of the undisputed leaders in the haute horlogerie watch market. Ref. 25820SP is a classic collector’s item that tells of a certain era in the development of the Royal Oak collection – from 1998 to 2014, when the dial of the perpetual calendar had the classic indicator of a leap year, but there was still no central hand of the indicator of the week of the year, which is an obligatory feature of modern models made on the basis of the clones of caliber 2120/2800. The collector’s value of the present lot is further enhanced by the rare matt silvered version, featuring an enlarged ‘Grande Tapisserie’ pattern and contrasting silvered circular brushed outline of the counters.