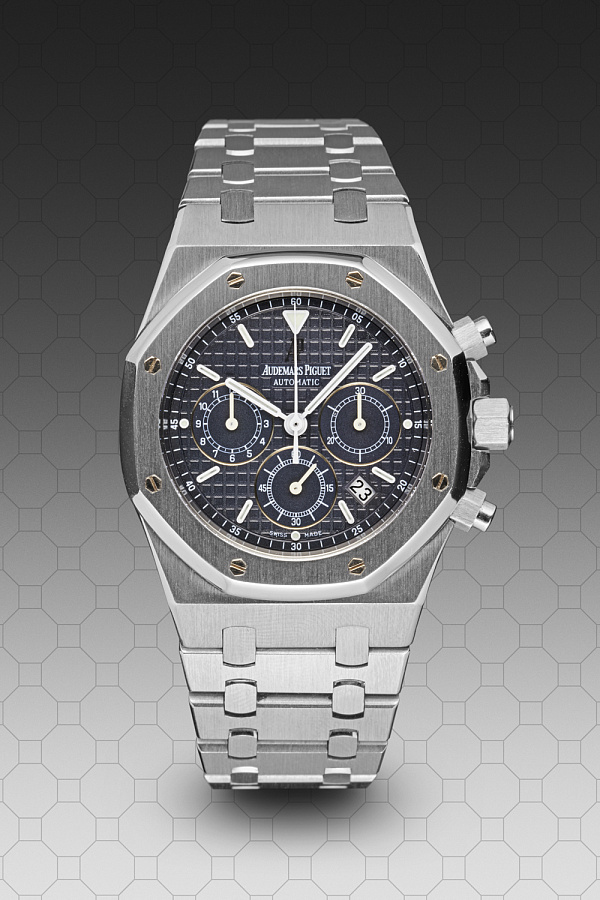 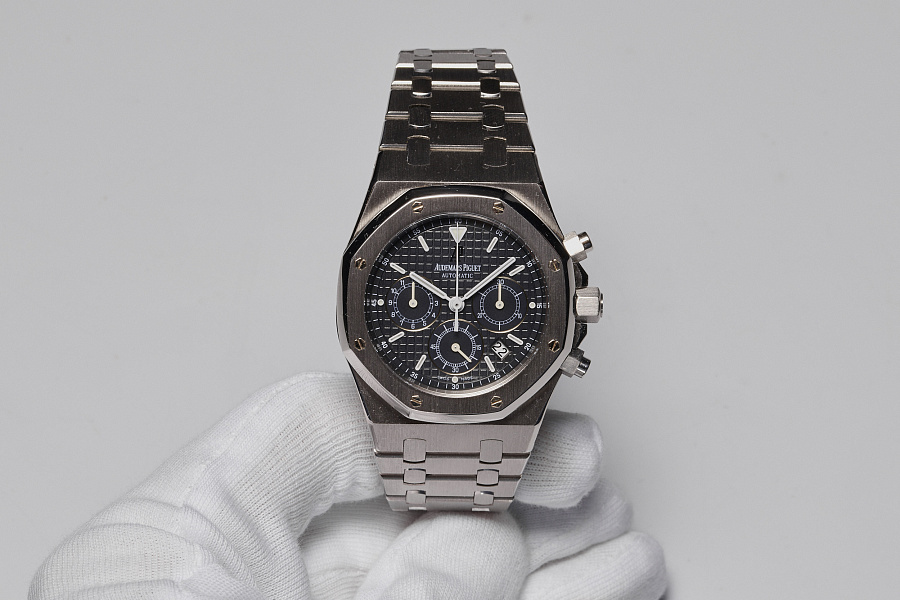 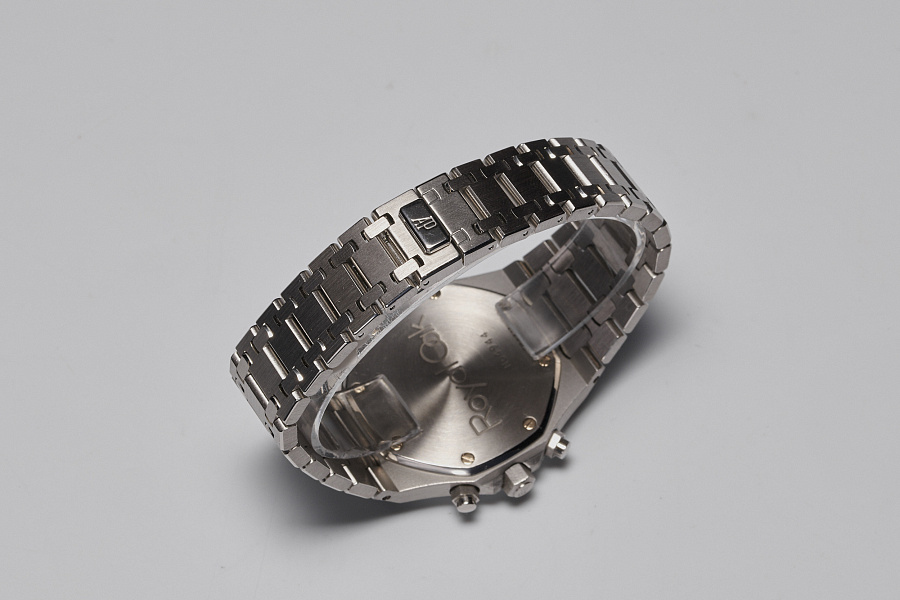 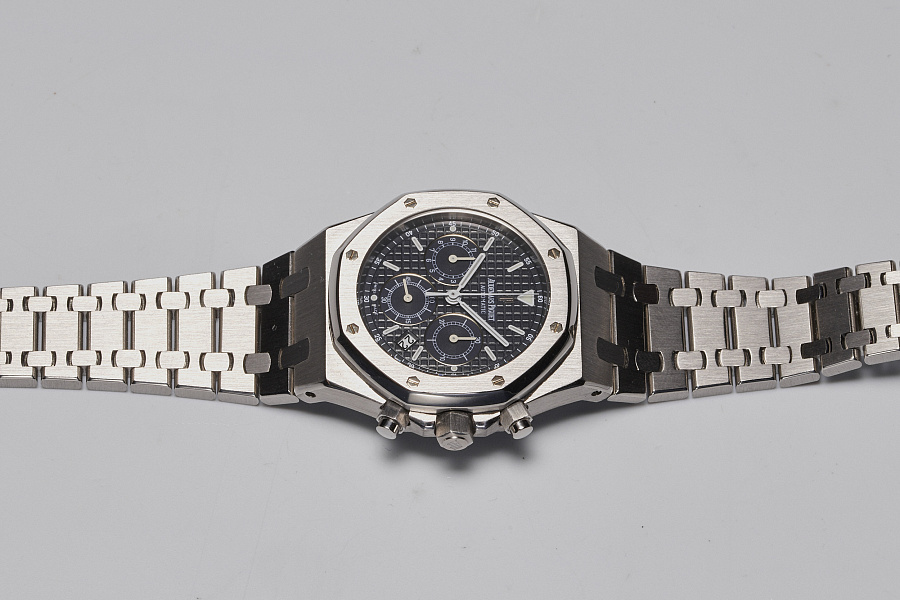 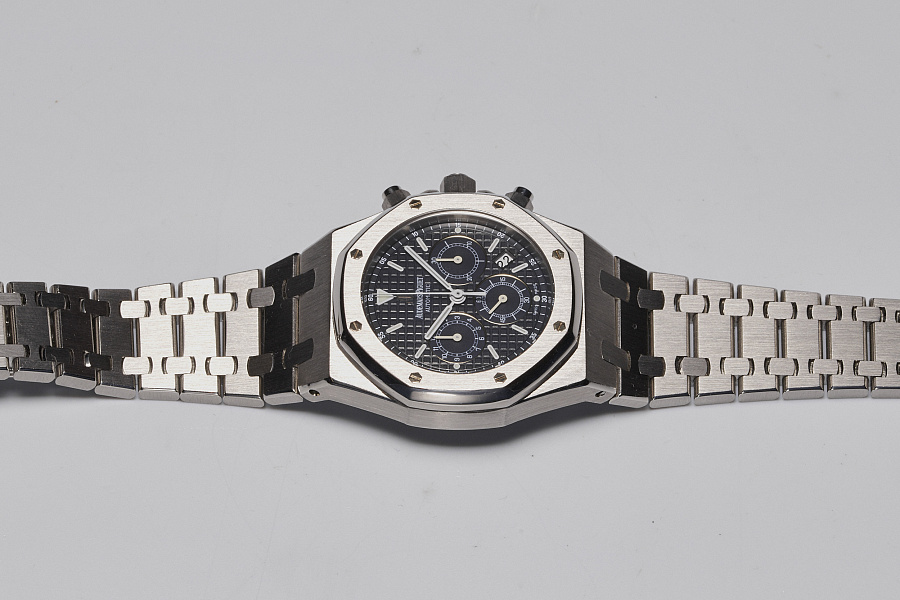 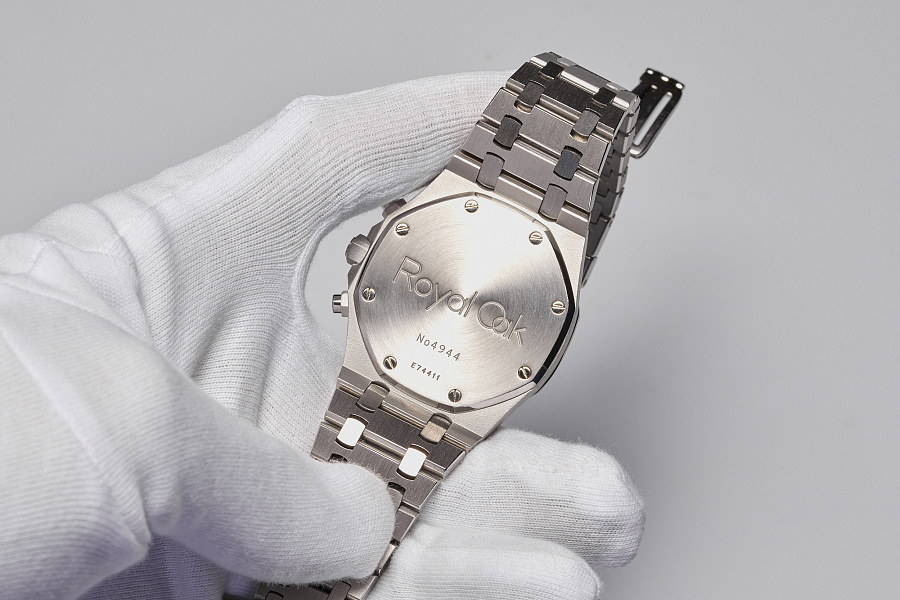 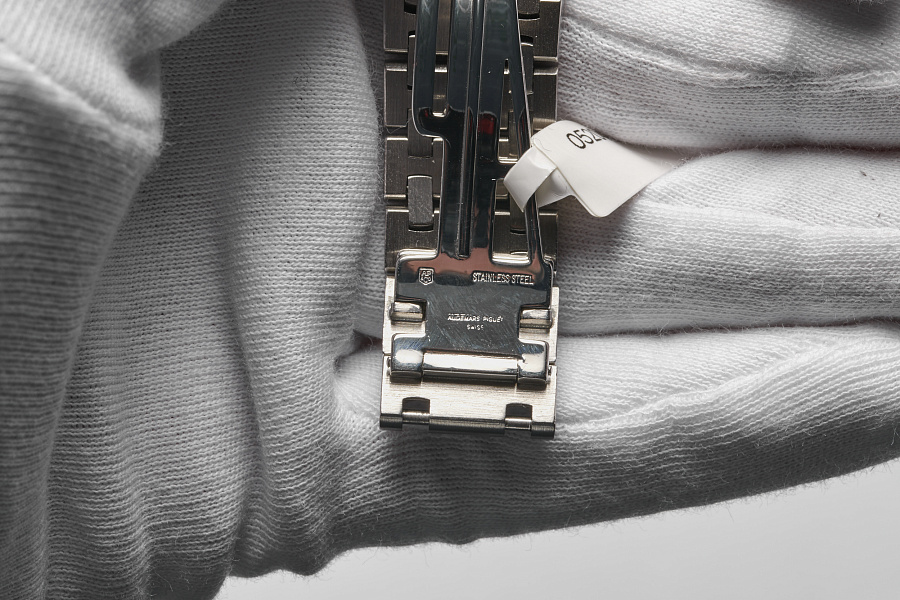 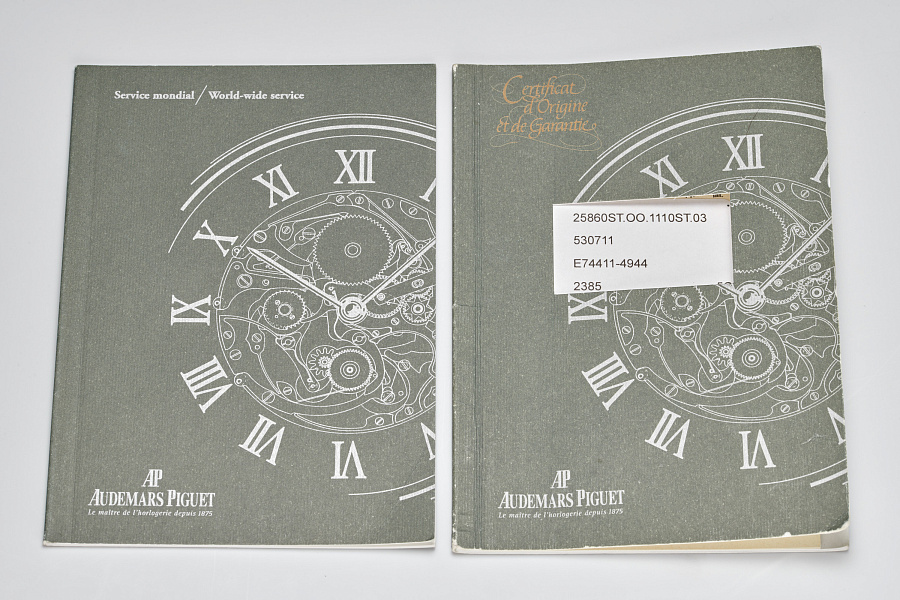 Reference 25860ST is the first Royal Oak Сhronograph produced since 1997 on the basis of the self-winding caliber 2385, which had just been developed by the brand in collaboration with movement-blank producer Frédéric Piguet as a personalized version of its legendary caliber 1185. Royal Oak Chronograph Ref. 25860 was produced in stainless steel and available in multiple variations, of considerable interest as a collectible, and as a topic for thoughtful study. When collecting the early Royal Oak Chronographs, the following variations in design should be considered. Firstly, the original small ‘Grande Tapisserie’ pattern, which is typical for early models (like the present example), and the enlarged ‘Grande Tapisserie’ pattern, which was used in all other later Royal Oak Chronographs. Secondly, the somewhat inconspicuous detail of the number “5” or “05” on the peripheral scale of seconds/minutes, which seems to correlate with the small or enlarged ‘Grande Tapisserie’ pattern, respectively. Thirdly, the font of the Arabic numerals of this scale differs in the early and later versions. Fourthly, the markers at the 3, 6 and 9 o’clock positions can be rectangular and pad-printed (whereas the rest of the markers are metal and applied), or small, round metal and applied. Fifth, the bracelet is equipped with a frame double folding clasp (the second-generation Royal Oak clasp) or an Audemars Piguet ‘AP’ double folding clasp (the third-generation Royal Oak clasp). Sixth, a notable difference is shown in the “No” sign engraved on the caseback, with the “o” as superscript or subscript, and the manner of the “Royal Oak” logo engraving. One should also take into account the collector’s appeal of the early Royal Oak Chronograph examples that have received a beautiful and unusual patina – such specimens appear on the market, although they are not widely presented. Please note, one such example (Royal Oak Chronograph ‘Tropical Hands’ Ref. 25860ST. OO.1110ST.03) is proposed in this sale.

The present lot is remarkable as an early chronograph in the Royal Oak collection, having a distinctive type 1 dial, making it a highly desirable item.

Reference 25860ST.OO.1110ST.03 is one of four main sub-references (01, 03, 04 and 05) of 25860ST, estimated at about a fifth to a sixth of the total production. The present example certainly belongs to the early production span of reference 25860ST.OO.1110ST.03, with a navy-blue dial with enlarged ‘Grande Tapisserie’ pattern, small metal round and applied luminous markers at 3, 6 and 9 o’clock, which is typical for this reference, and a Type 1 dial featuring a “7” of the hours counter scale with a distinctive notch.

The Royal Oak Chronograph Ref. 25860ST.OO.1110ST.03 Type 1 is an excellent purchase for the collector who desires an exquisite, very rare and impressive chronograph wristwatch from a world-renowned traditional watch brand, one of the undisputed leaders in the haute horlogerie watch market. The present lot is remarkable as an early chronograph in the Royal Oak collection, having a distinctive type 1 dial, making it a highly desirable item.