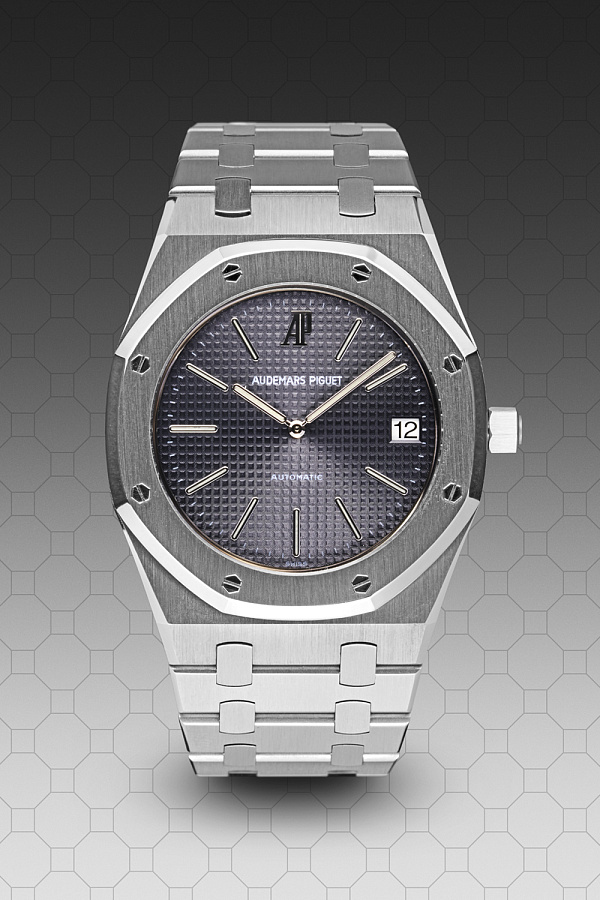 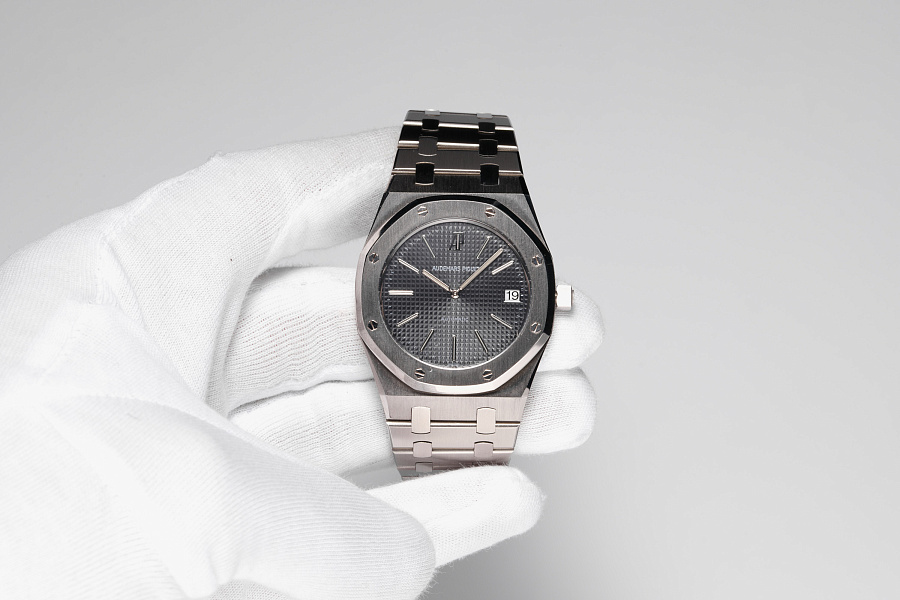 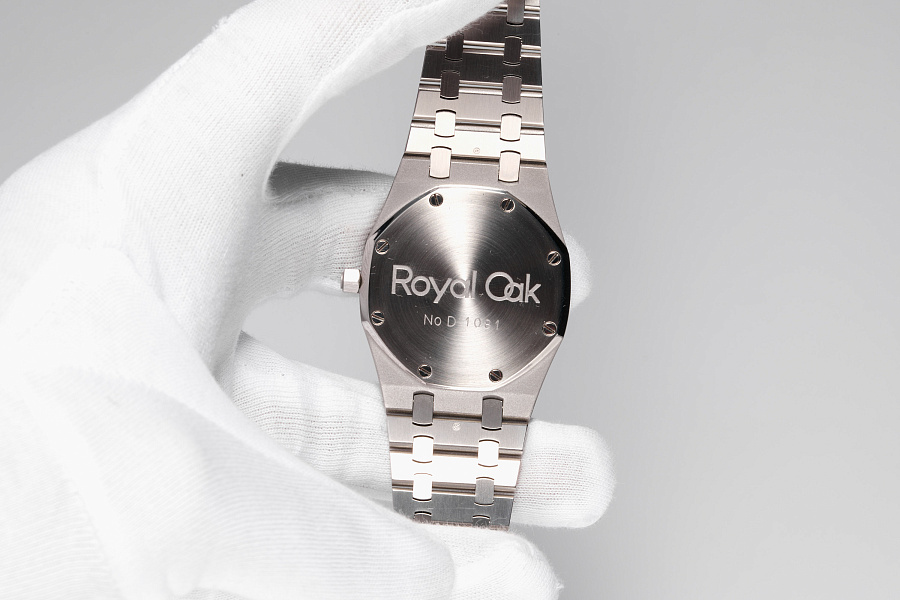 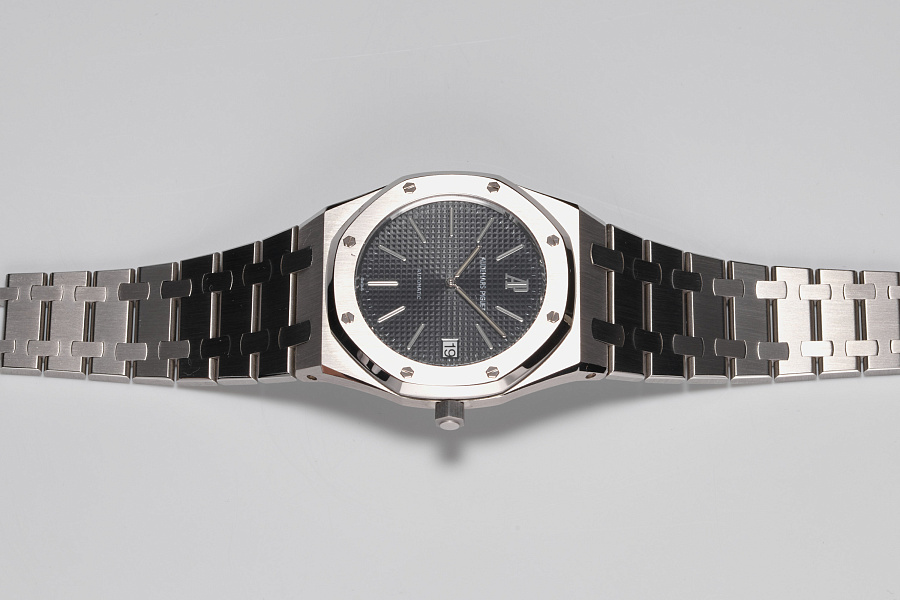 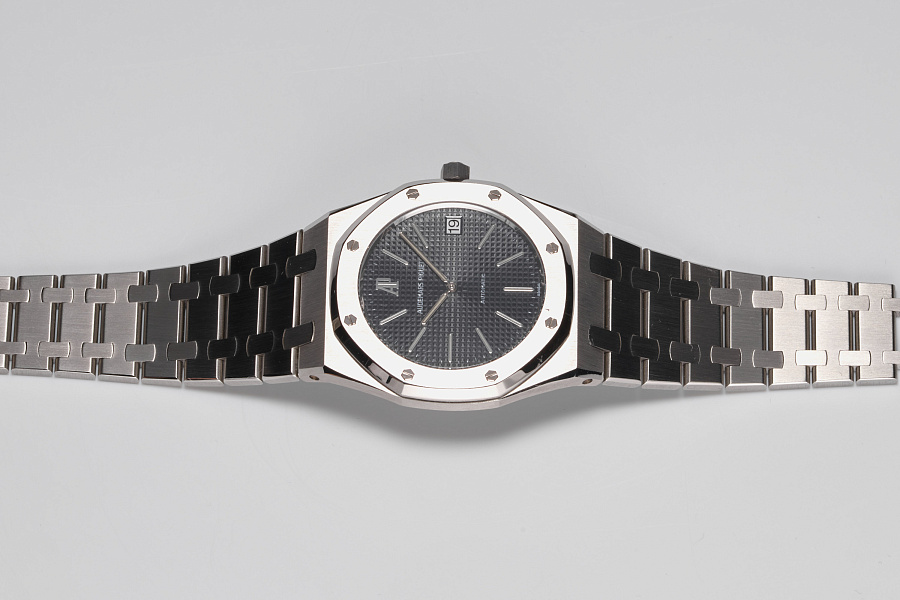 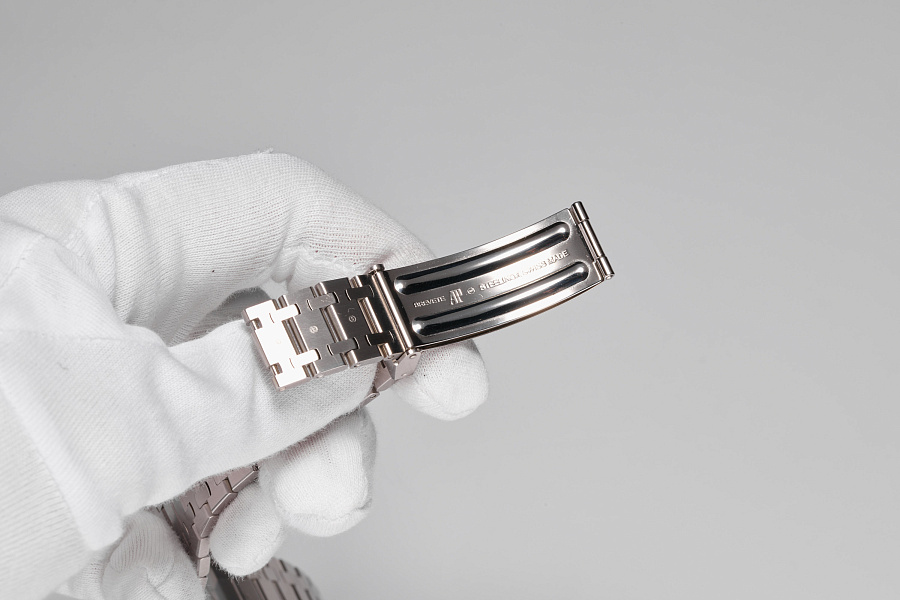 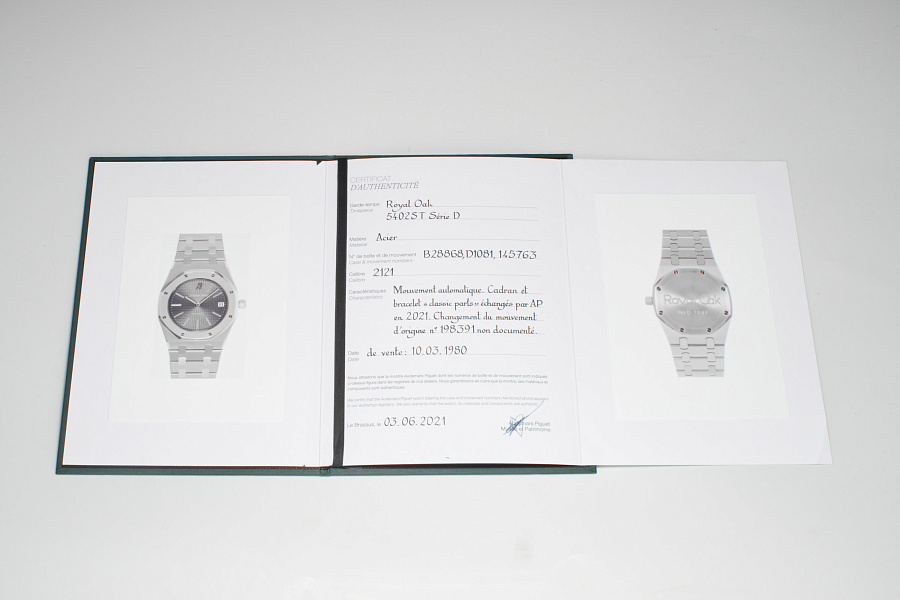 Reference 5402ST enjoys the status of one of the most coveted collectibles of modernity. This is supported by the the legendary design in its original execution and the outstanding consumer qualities of an elegant ultra-chic sports watch in steel and an excellent self-winding caliber.

The Royal Oak 5402ST was released in four different series: A, B, C and D, as well as rare special models and a non-numbered series (so-called ‘Non-Series’), which are characterized by minor design details that distinguish each of them. The 5402ST remained in the Audemars Piguet catalogues for over a quarter of a century, with a total of 6050 pieces of various series sold between 1972 and 2002. The present example belongs to the D series, with the dial bearing the ‘AP’ logo at 12 o’clock, original “Swiss” signature at 6 o’clock, and three half-lines for the minutes on the right of the date aperture.

Reference 5402ST enjoys the status of one of the most coveted collectibles of modernity. This is supported by the impeccable image of the brand, the legendary design in its original execution, the outstanding consumer qualities of an elegant ultra-chic sports watch in steel and an excellent self-winding caliber. Although, admittedly, the 5402ST is more than that – it’s a watch you fall in love with, it’s a watch to admire forever. Therefore, the present Royal Oak ‘Jumbo’ Ref. 5402ST Series D would be an excellent purchase for the collector who desires an extremely rare, early and iconic Royal Oak ‘Jumbo’ wristwatch, produced by a world-renowned traditional watch brand, one of the undisputed leaders in the haute horlogerie watch market.