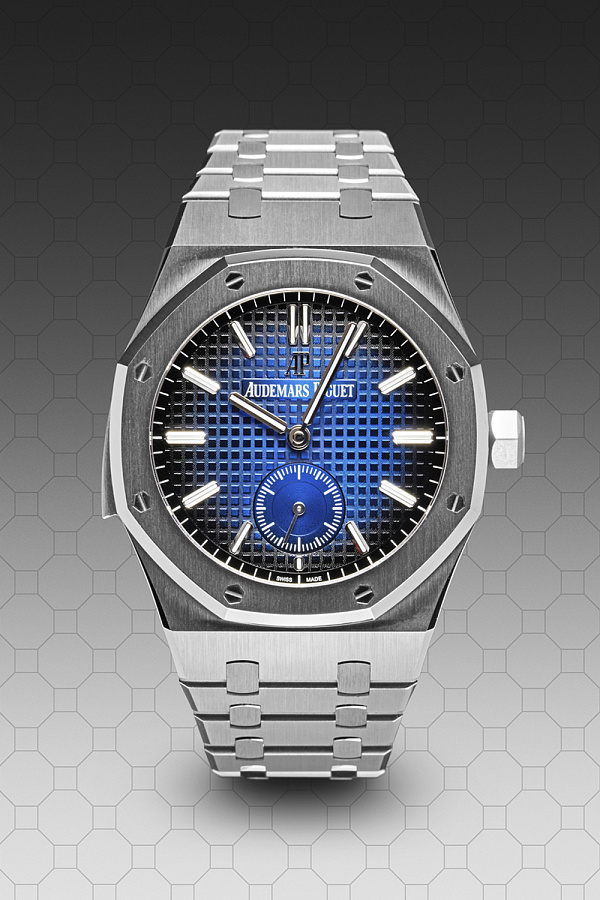 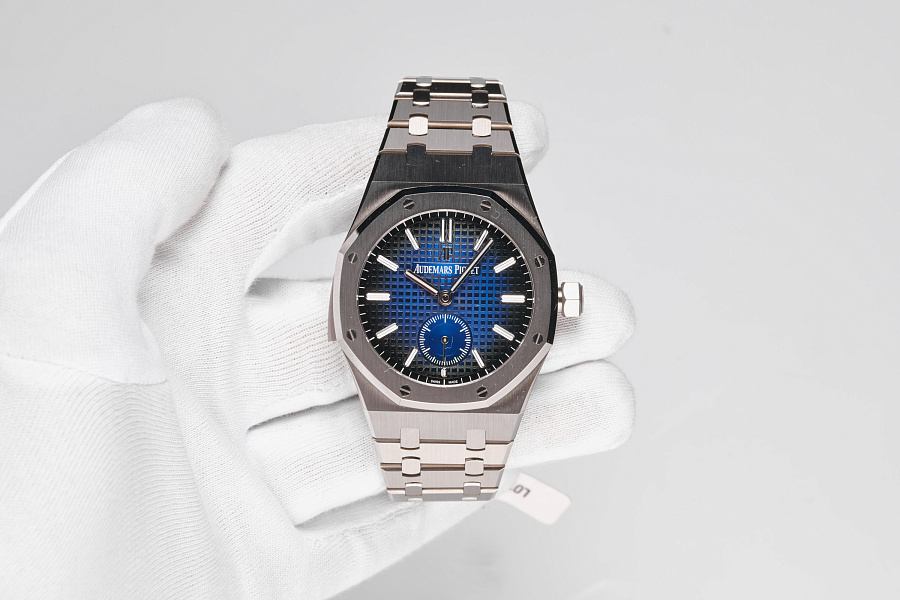 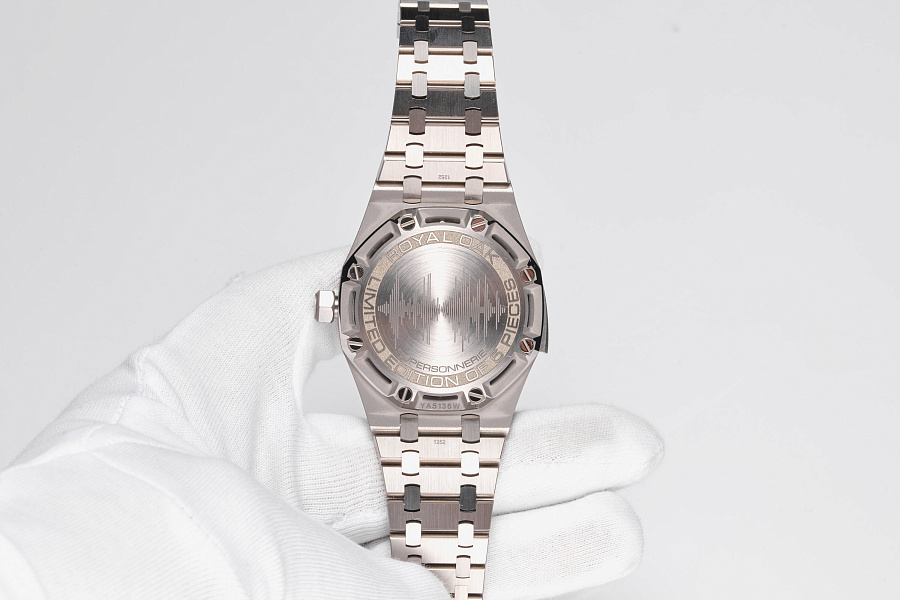 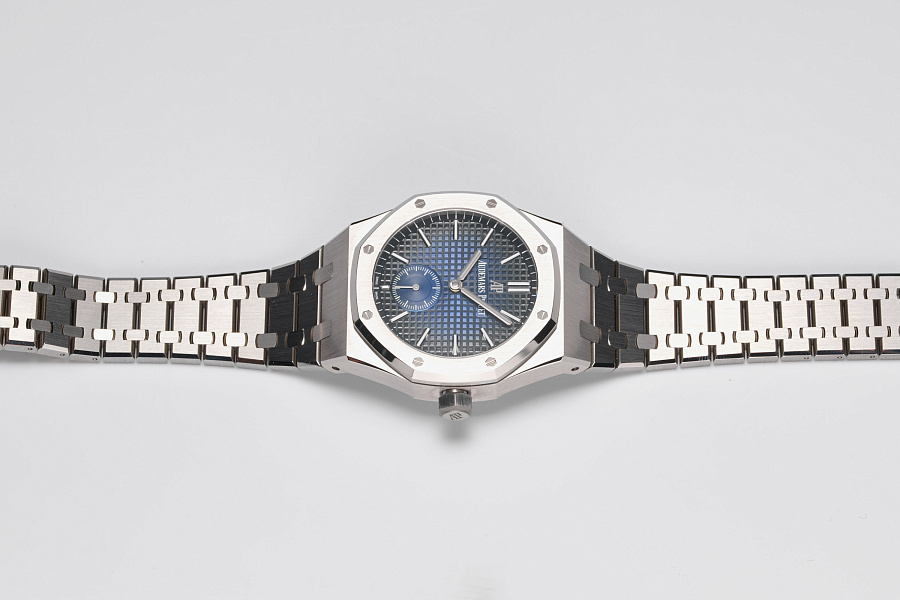 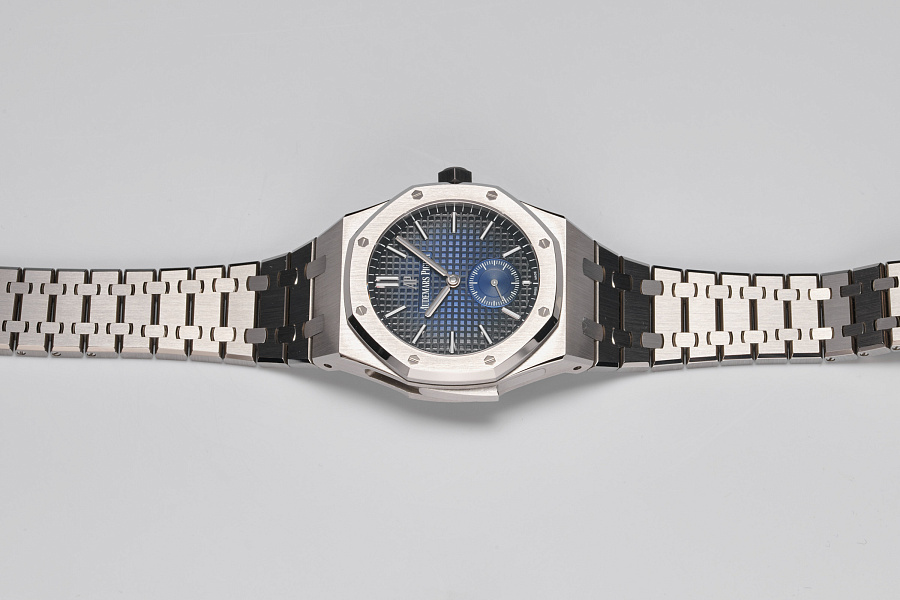 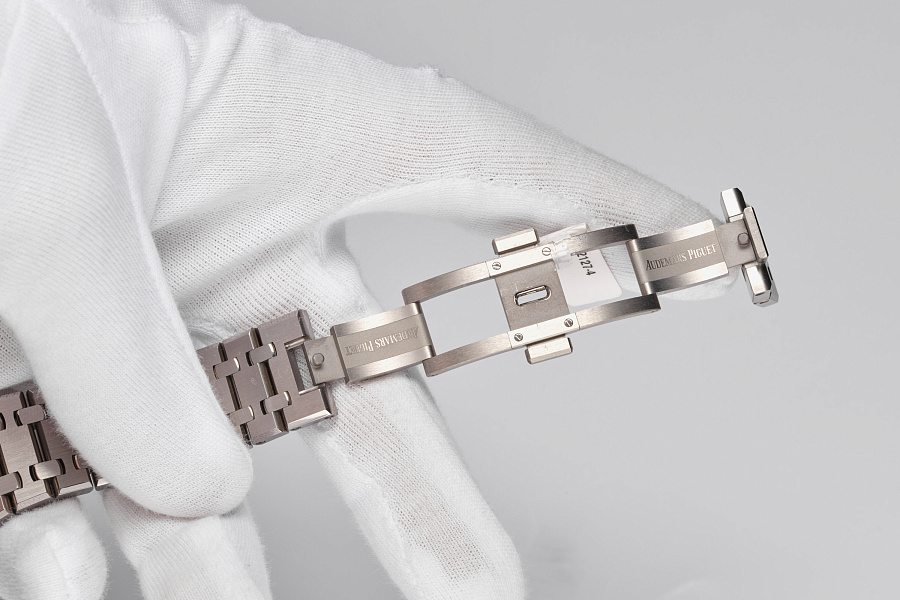 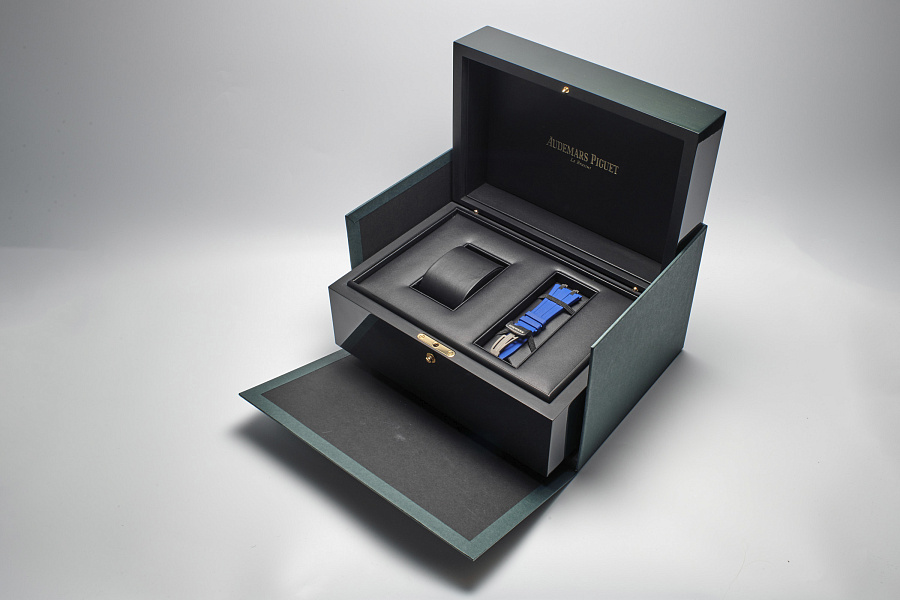 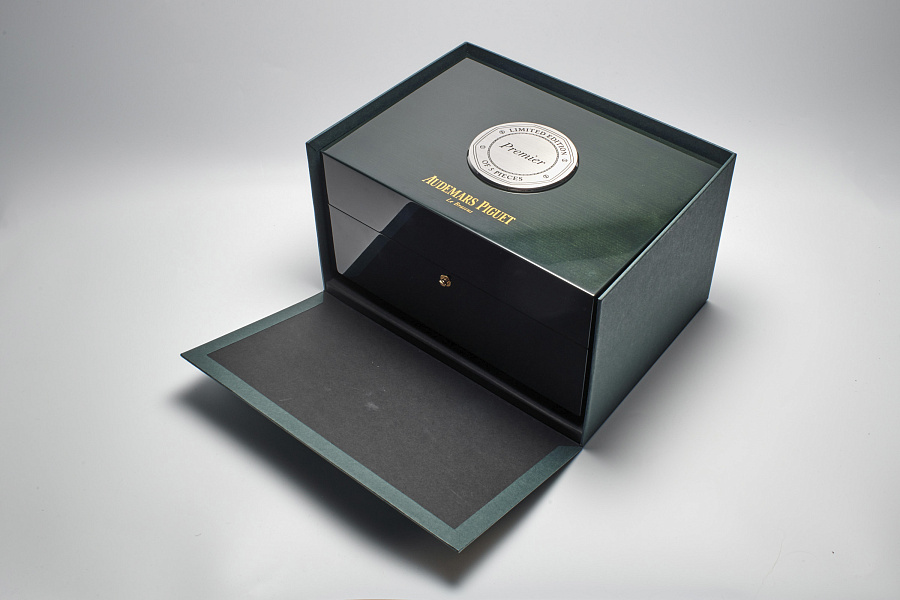 The conception of supersonnerie in the Audemars Piguet collection refers to the presence in the watch of technology which was first introduced by the brand in the concept RD1 Acoustic Research Minute Repeater watch in 2015. The brand’s goal with this development was to radically improve the sound and volume of the wristwatch with acoustic functions, so that it was comparable to a traditional pocket watch in this regard, but at the same time had a high acoustic quality that allowed the watch to reproduce pleasant sounds. The most revealing element of this technology is the gongs, which are not attached to the caliber’s mainplate, as is done in the vast majority of modern minute repeaters, but to a membrane acting as a soundboard. This improves transmission and boosts amplification of the sound. This membrane is installed under a solid caseback, which forms a cavity acting as a resonator. The caseback is equipped with channels to allow the sound to escape from the watch case.

In the present limited-edition, the emblematic ‘tapisserie’ pattern is offered in a charismatic – and for the time being unique – dark blue smoked execution with gradient effect.

Later, in 2016, the brand applied this technology in the Royal Oak Concept collection watches of serial production, while in 2019 the supersonnerie technology and the hand-wound caliber 2953 adapted for it were first used in the watches of the Royal Oak collection. In 2019, two limited editions were released for the Japanese retailer Yoshida: in titanium with a grey-blue ‘tapisserie’ dial (20 pieces), and in platinum with a black ‘tapisserie’ dial (20 pieces). Then, in 2020, the brand launched a superbly desirable titanium version with a salmon-coloured ‘tapisserie’ dial, which was limited to 35 pieces; and finally, in 2021, an unlimited version in titanium with an anthracite-coloured ‘tapisserie’ dial. In the present limited-edition, the emblematic ‘tapisserie’ pattern is offered in a charismatic – and for the time being unique – dark blue smoked execution with gradient effect.

One of only 5 pieces limited edition, the unique dial execution with traditional ‘tapiserrie’ pattern and dark blue smoked gradient colouring make this timepiece one of the most significant and attractive lots offered at the present sale

The dial of Ref. 26591 features the small-seconds-at-six layout, which is typical of a classic dress watch but unique for a Royal Oak, which was designed as a sports watch. This unique feature creates a very special impression from this reference, including the present example. The unique design is consistent with the extreme rarity of this lot, and undoubtedly increases its appeal, including as an extraordinary daily-wearer.

The Royal Oak Minute Repeater Supersonnerie Premier Limited Edition Ref. 26591TI is an utterly rare chance for the discerning collector to purchase a desirable and charismatic minute-repeater wristwatch from a world-famous traditional watch brand, one of the undisputed leaders in the haute horlogerie watch market. One of only five pieces of limited edition, never to be exactly reproduced, the unique dial execution with the small-seconds-at-six design feature, traditional ‘tapiserrie’ pattern and dark blue smoked gradient colouring mean the present lot is even more attractive, appearing to be one of the most significant and attractive lots offered at the present sale of Ineichen auction house.