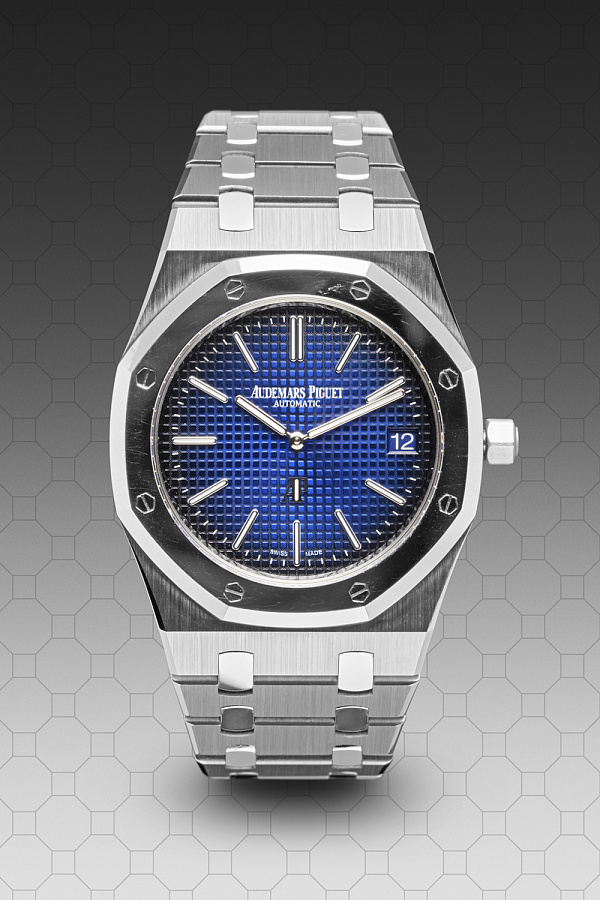 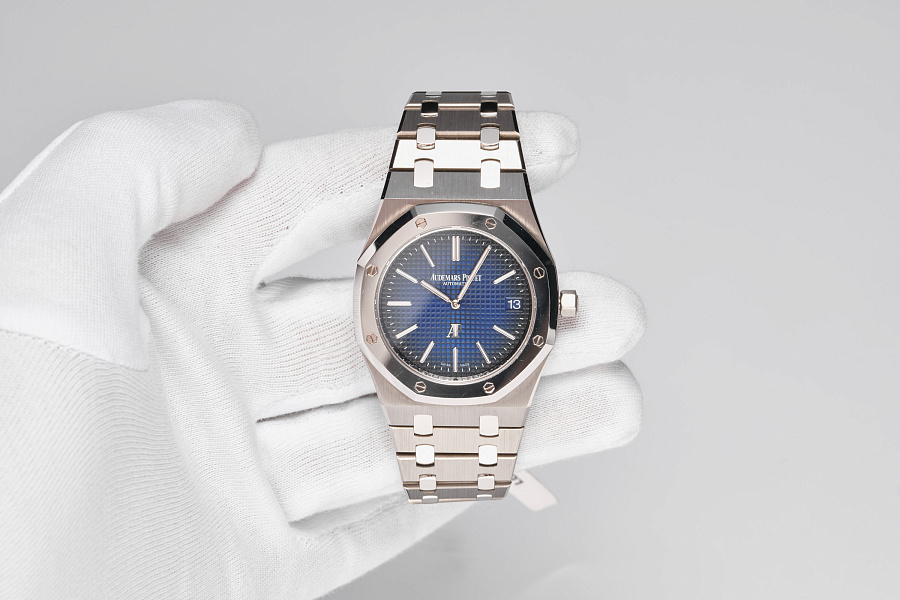 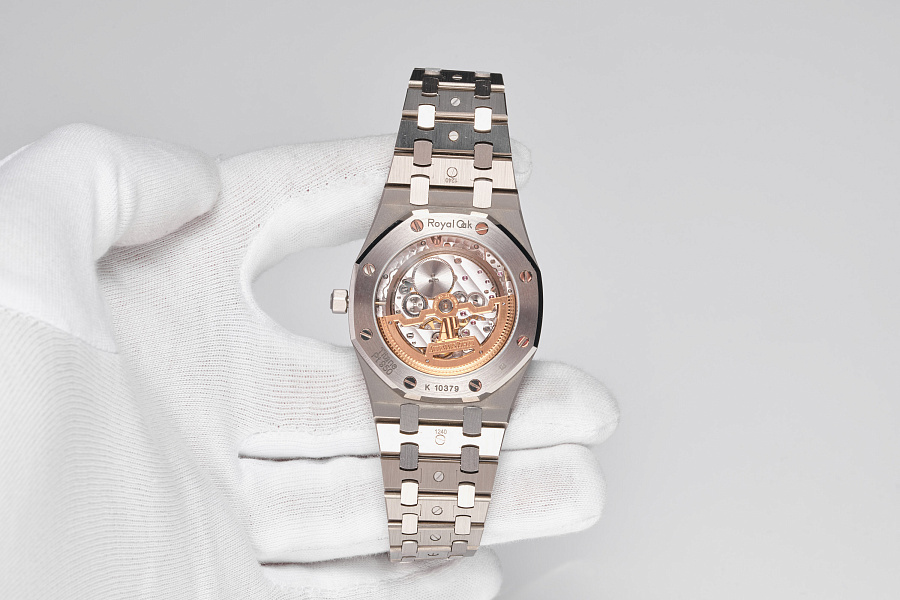 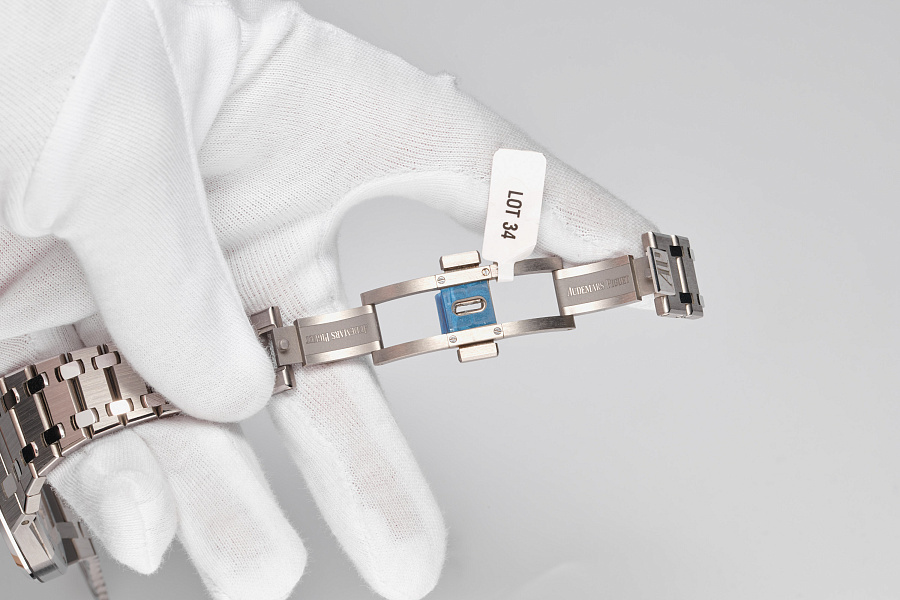 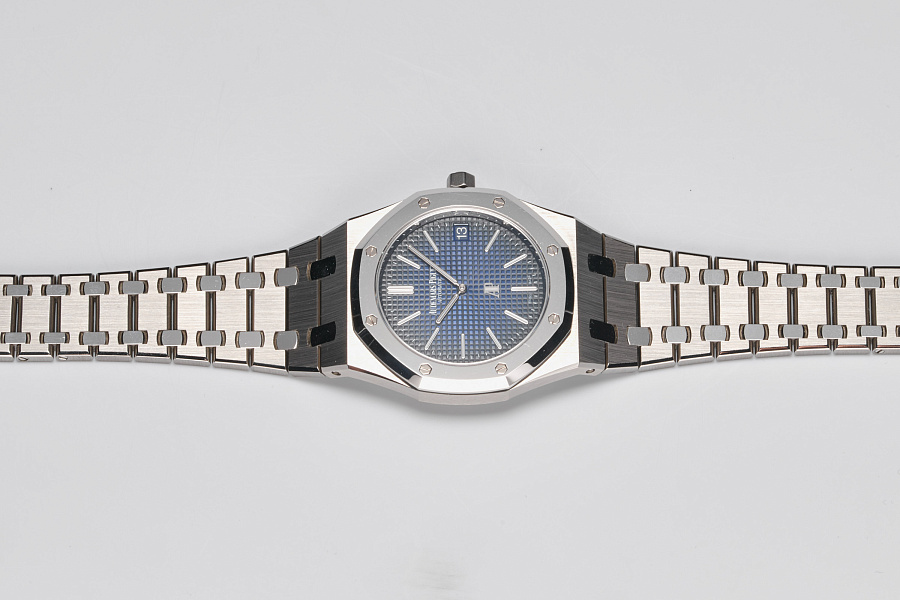 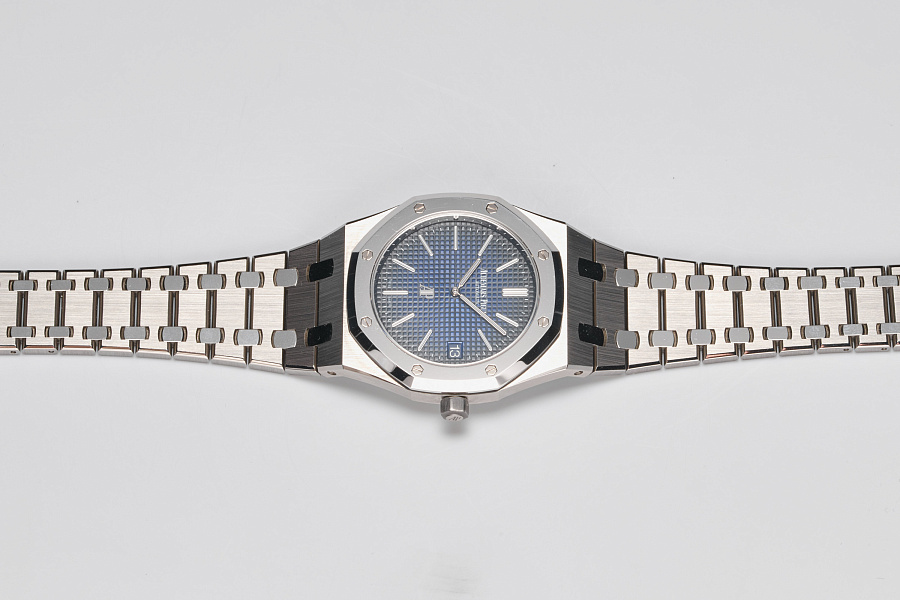 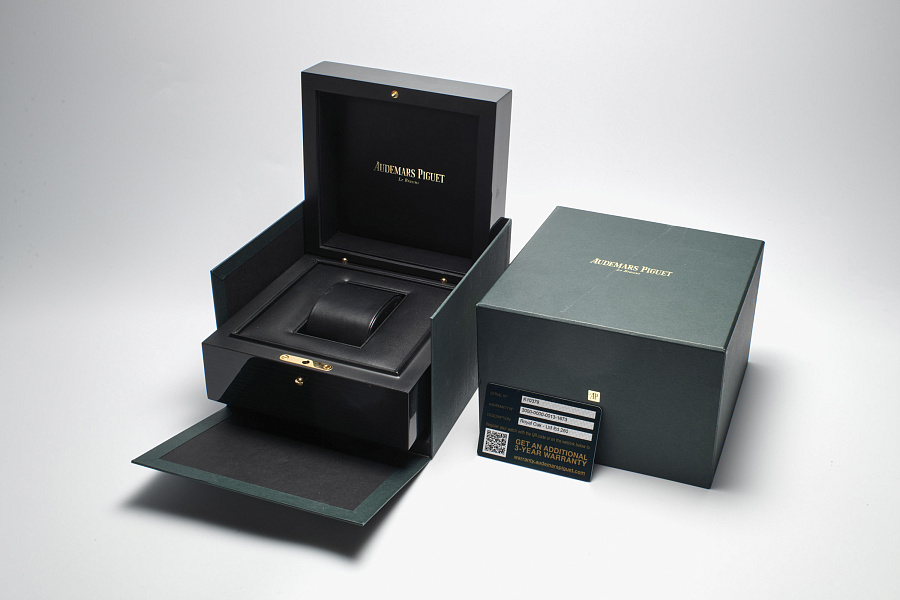 In Ref. 15202 one can see the carefully preserved design features of the original Royal Oak Ref. 5402 created in 1972 by renowned designer Gérald Genta, including the unique proportions, shapes and the high-quality finish of all parts. Although the present reference, as well as other newer ‘Jumbo’ references, are overshadowed by their predecessor, the iconic Ref. 5402ST, it has recently been gaining a substantial amount of interest in the collector’s community due to its rarity. Launched in 2000, the Royal Oak Ref. 15202 replaced the previous Ref. 15002, and was released after a display caseback was added to the existing design of the 5402/15002. Mark 1, an earlier version of the 15202, is easily identified by the ‘AP’ logo being at 12 o’clock instead of 6 o’clock, as in the newer version Mark 2, released by the brand in 2012 for the occasion of the Royal Oak’s 40th anniversary. The reference 15202 Mk2 received an upgraded dial to make it look closer to the original 5402, with the ‘AP’ logo placed at 6 o’clock and a ‘Petite Tapisserie’ pattern.

The most striking – and for the time being unique – feature of this Royal Oak ‘Jumbo’ is its new blue gradient colour, darker on the periphery and a pure blue in the centre of the dial

The present reference, 15202IP, was introduced in 2018 as a limited edition of 250 pieces. It belongs to the second generation of the reference (Mk2) and features a titanium case with a polished platinum bezel, and the smaller links of the bracelet finished in platinum. The most striking – and for the time being unique – feature of this Royal Oak ‘Jumbo’ is its new blue gradient colour, darker on the periphery and a pure blue in the centre of the dial. Only limited editions and exclusive releases have been finished by Audemars Piguet with gradient dials. This type of dial is commonly referred to as ‘smoked’ or ‘fumé’, or sometimes ‘ombré’, an option born under the influence of vintage watches produced in the late 1960s and 1970s and one that has become incredibly popular today. The 15202IP was given the nickname ‘Jumbo IP’ by collectors immediately after its limited edition release, and at the moment in the secondary market there is at least an eightfold excess of the cost over the retail price.

The Royal Oak Extra-Thin ‘Jumbo IP’ Limited Edition 250 Ref. 15202IP.OO.1240IP.01 is definitely one of the most impressive modern reference 15202 options, featuring a charismatic combination of titanium and platinum, and a vintage-inspired blue ‘fumé’ dial. The ‘Jumbo IP’ also belongs to the extremely small number of late reference 15202 Mk2 releases offered by the brand shortly before the reference was declared discontinued. The present lot is an excellent chance to own this historic and incredibly impressive version of the legendary design, a legendary watch in its own right.