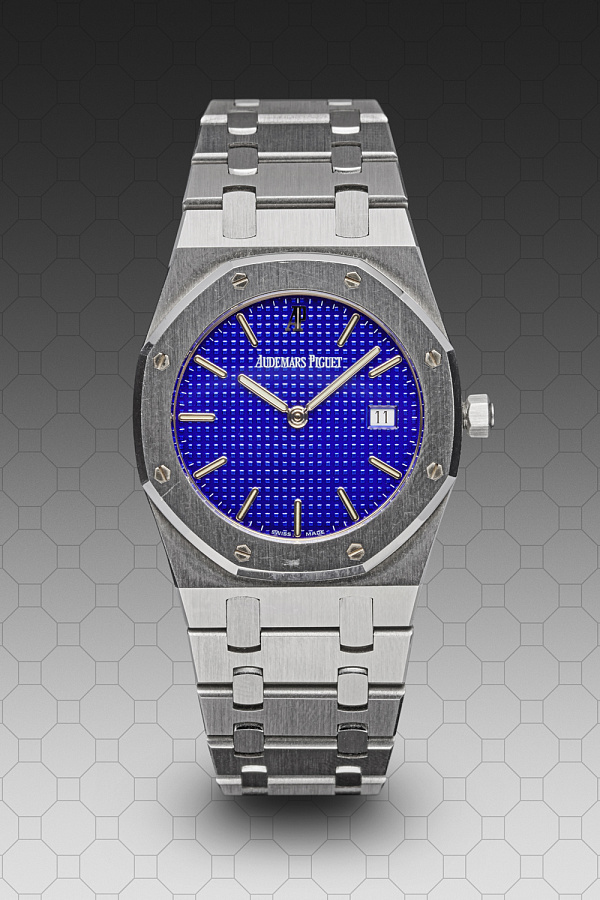 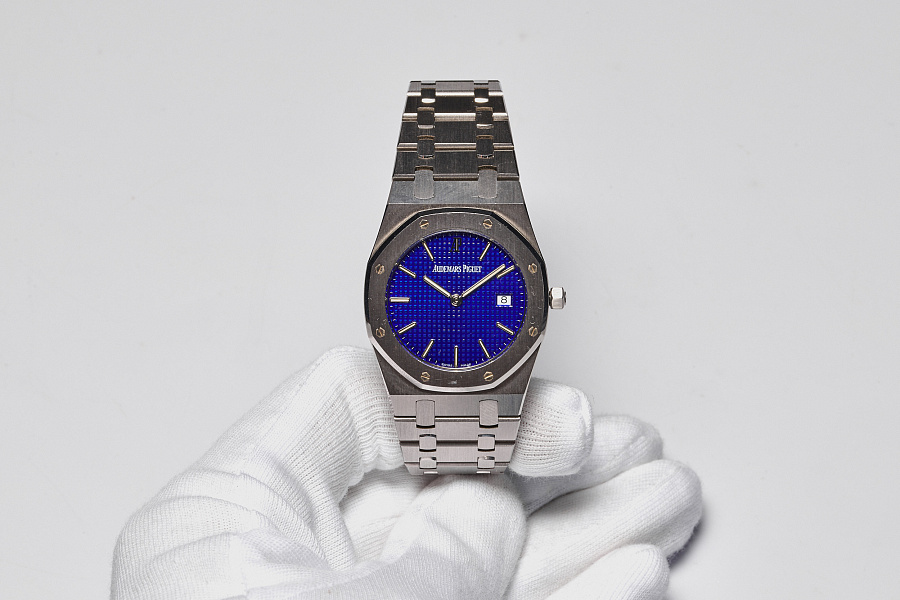 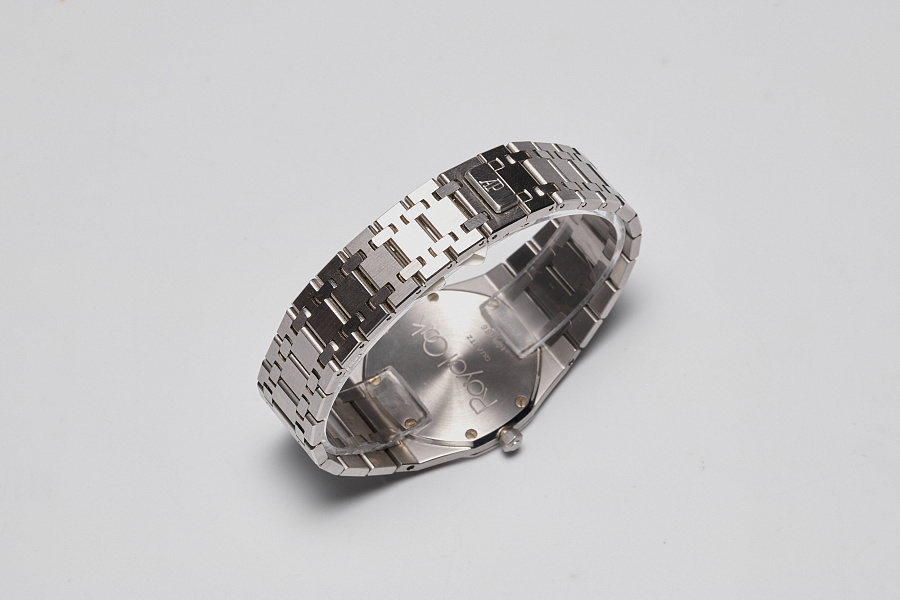 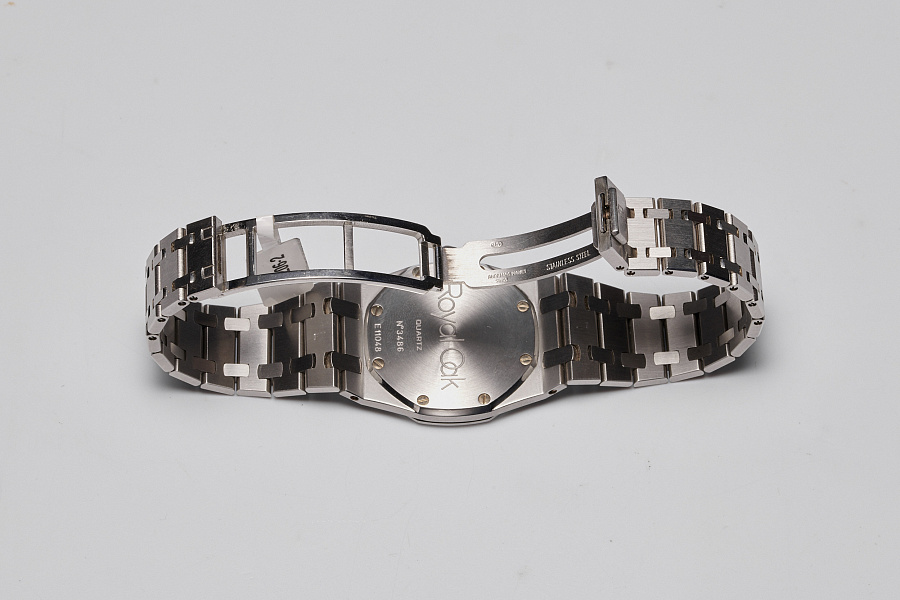 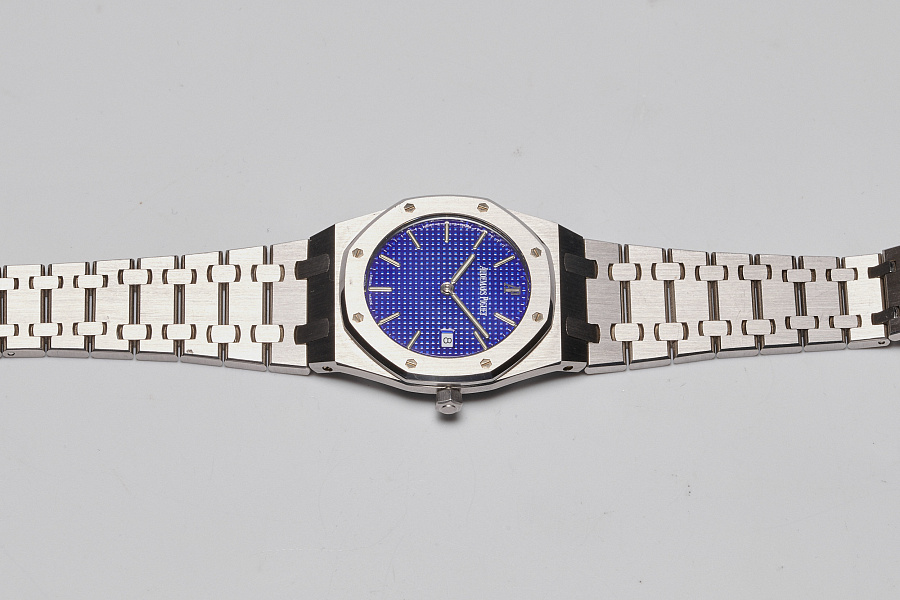 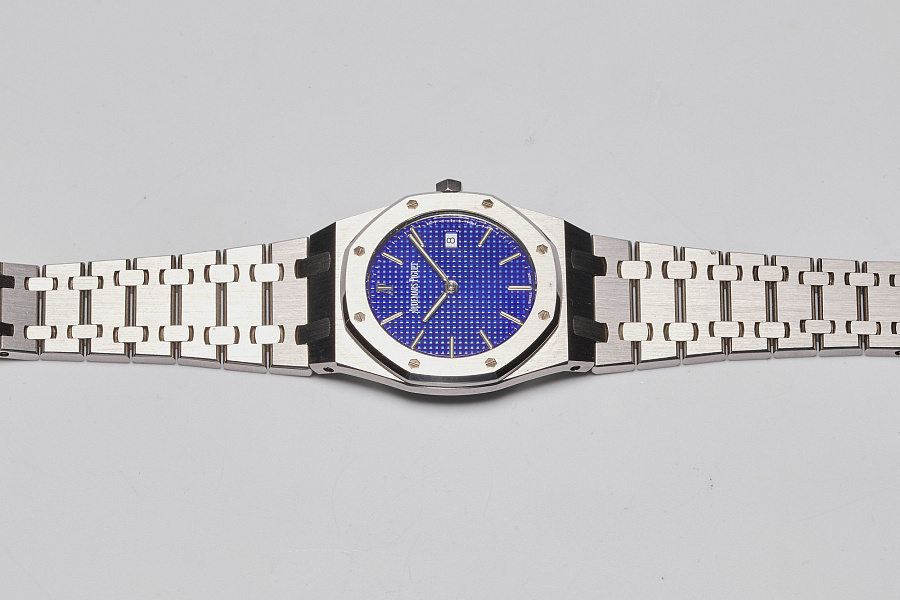 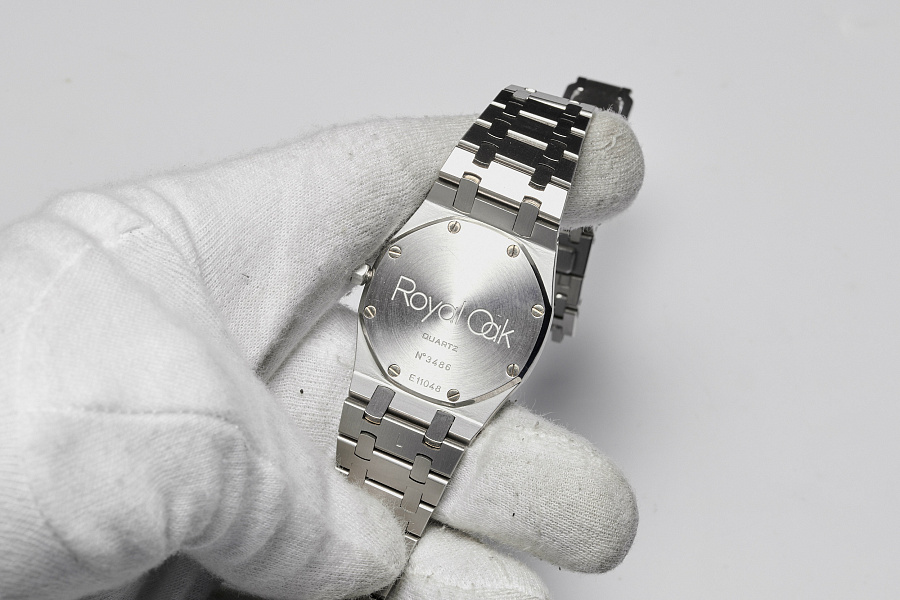 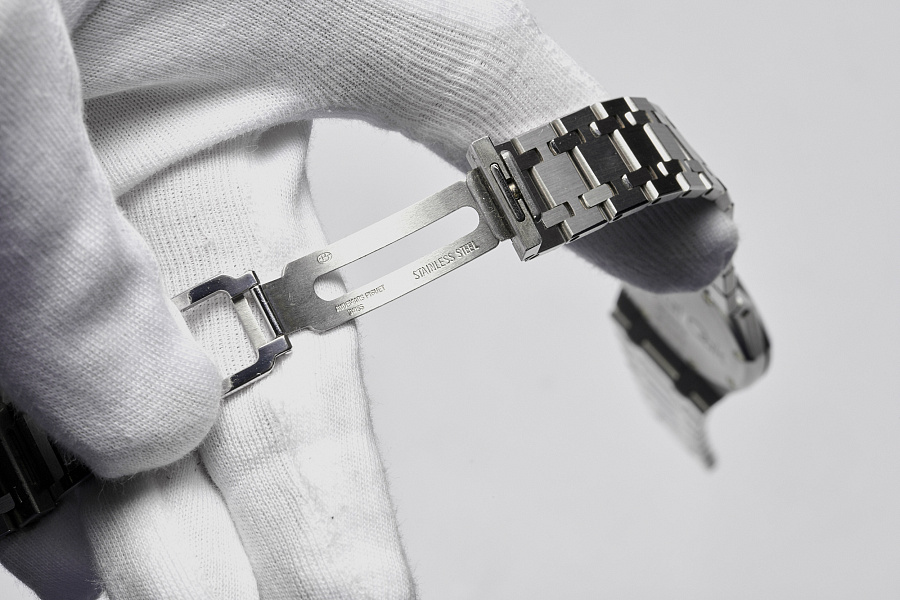 Reference 56175 is a quartz-powered 33mm Royal Oak time-and-date wristwatch produced since the 1980s on the basis of the ultra-flat quartz caliber 2612 – it is just 1.9mm thick. This made it possible to produce a remarkably thin watch, with a 6 mm thick case. It should be noted here that 33mm watches are now perceived as small women’s watches, however, in this era they were more likely considered unisex watches. At that time the standard size for classic men’s watches was 34 or 35mm.

There are several generations in the development of this reference, so despite the somewhat lukewarm attitude of most collectors, this reference still deserves attention. Early 56175ST models featured the classic Royal Oak dial with the original small ‘Grande Tapisserie’ pattern and the so-called small logo. The next generation arose after the rebranding, when the style of the logo changed and took on a modern form. The 56175ST from this period continued to feature the original small ‘Grande Tapisserie’ pattern dial, but received a modern logo. The third period of development Ref. 56175ST is associated with a modification of the dial finish to the use of an enlarged ‘Grande Tapisserie’ pattern, while the baton hour markers turned out to be shortened, and the minute scale received digital markers in five-minute positions.

It was a great surprise for us to discover the present example, characterized by an extremely rare combination of the original small ‘Grande Tapisserie’ pattern and the ‘Yves Klein’ colour.

The present reference belongs to the second-generation Ref. 56175ST and is attractive due to the presence of an extremely rare bright blue dial, appearing in a small part of its production. The distinctive colour was nicknamed ‘Yves Klein electric blue’ or simply ‘Yves Klein’, while some connoisseurs give it the poetic description ‘Blue Cosmos’. It seems to have been inspired by the French artist Yves Klein, though the association was not officially sanctioned – the colour of the electric blue hue frequently used by the artist is even patented by him under the code IKB 191.

It was a great surprise for us to discover the present example, characterized by an extremely rare combination of the original small ‘Grande Tapisserie’ pattern and the ‘Yves Klein’ colour. There were very few ‘Yves Klein’ models in the Royal Oak collection, this list includes the self-winding time-and-date Ref. 14790ST, day-date Ref. 25594ST, chronograph Ref. 25860ST and the king of ‘Yves Klein’ Royal Oaks – the perpetual calendar Ref. 25820ST. The small, cute Royal Oak Quartz ‘Yves Klein’ Ref. The 56175ST seems to be an extremely attractive – and must-have – addition to such a collection.

A part of Ref. 25594ST watches of the 3rd generation (with an enlarged ‘Grande Tapisserie’ pattern) also comes with an ‘Yves Klein’ dial, but they pop up more often compared to the 2nd generation.

Given the crazy demand for Royal Oak watches with ‘Yves Klein’ dials and rapidly increasing prices, the appearance of this piece at the Ineichen Auctioneers sale is a unique opportunity to purchase a rare piece. Therefore, the Royal Oak Quartz ‘Yves Klein’ Ref. 56175ST would be an excellent purchase for the collector who desires an extremely rare, fine and attractive wristwatch from a world-renowned traditional watch brand, one of the undisputed leaders in the haute horlogerie watch market. The present lot is particularly rare and attractive due to the charismatic ‘Yves Klein electric blue’ dial, featuring only in the second- and third-generation of 33mm Royal Oak Quartz Ref. 56175ST watches.