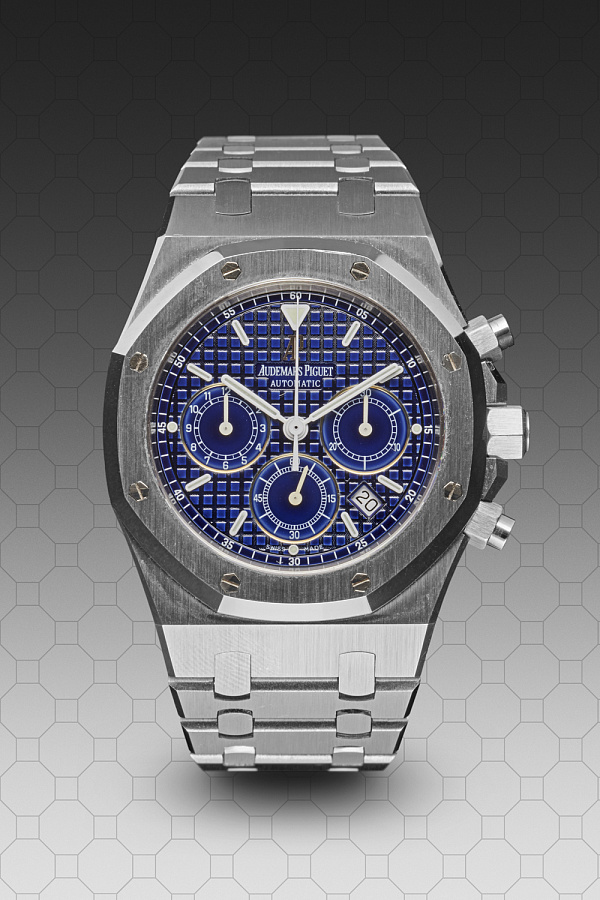 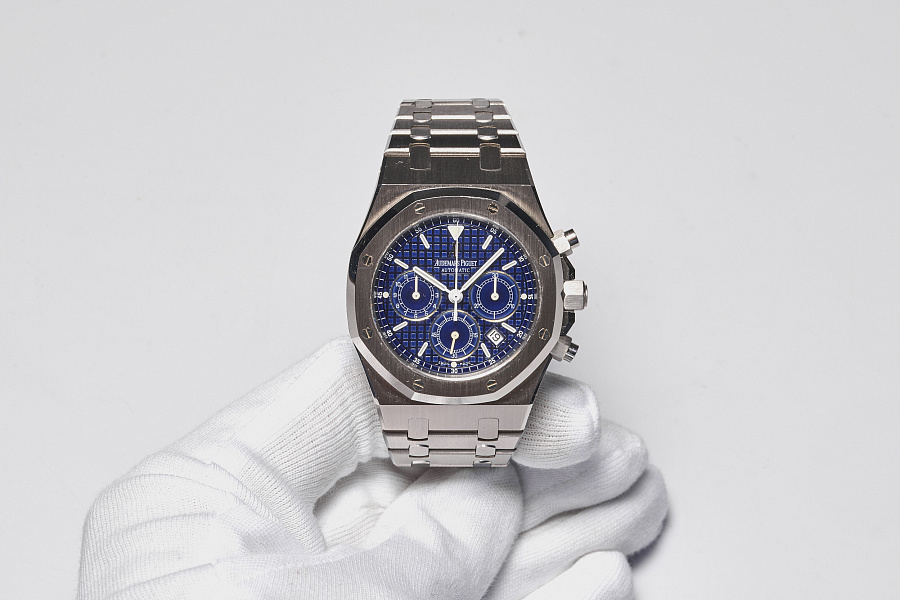 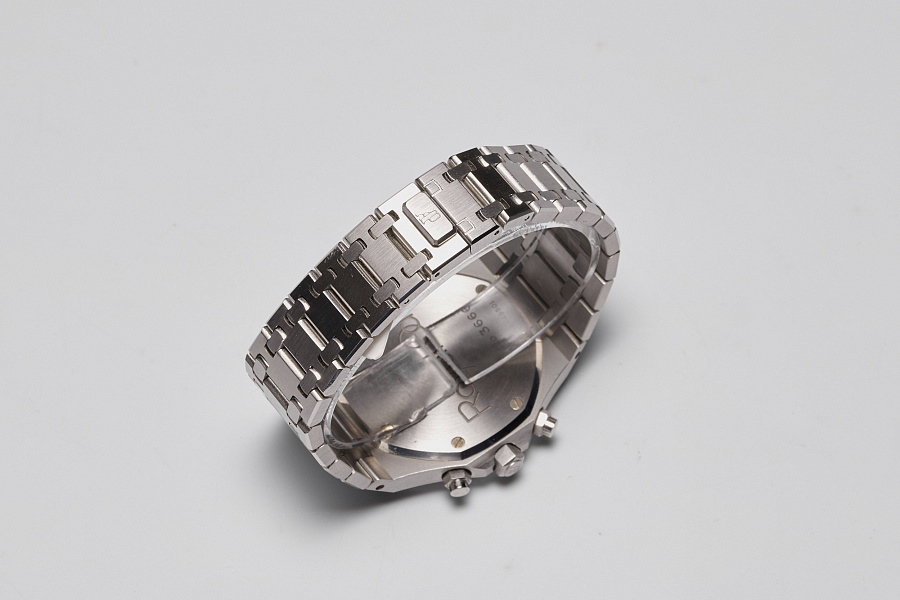 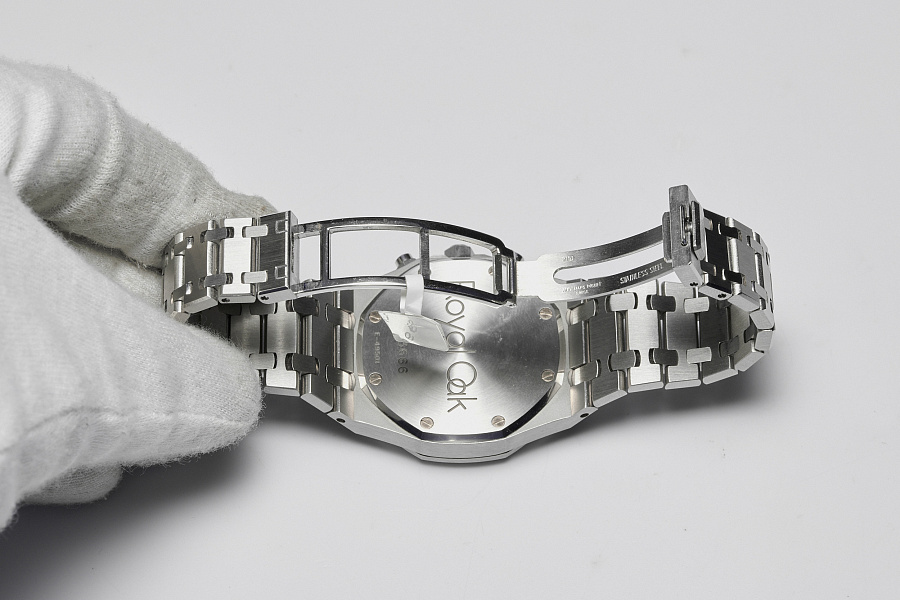 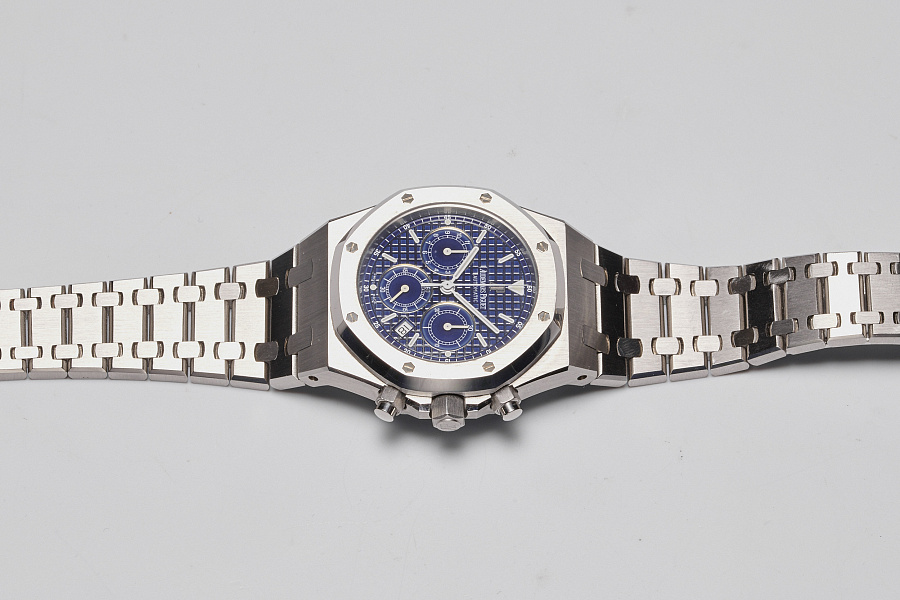 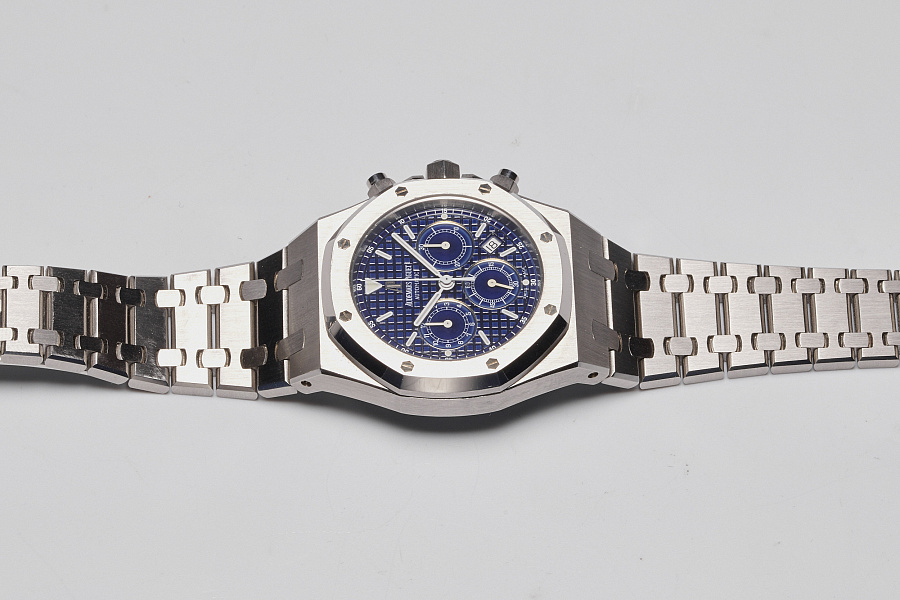 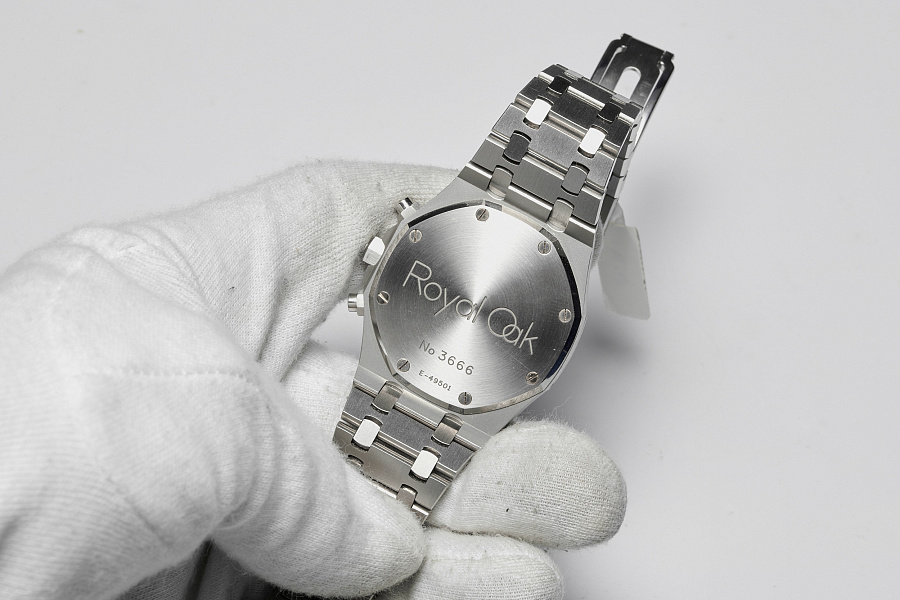 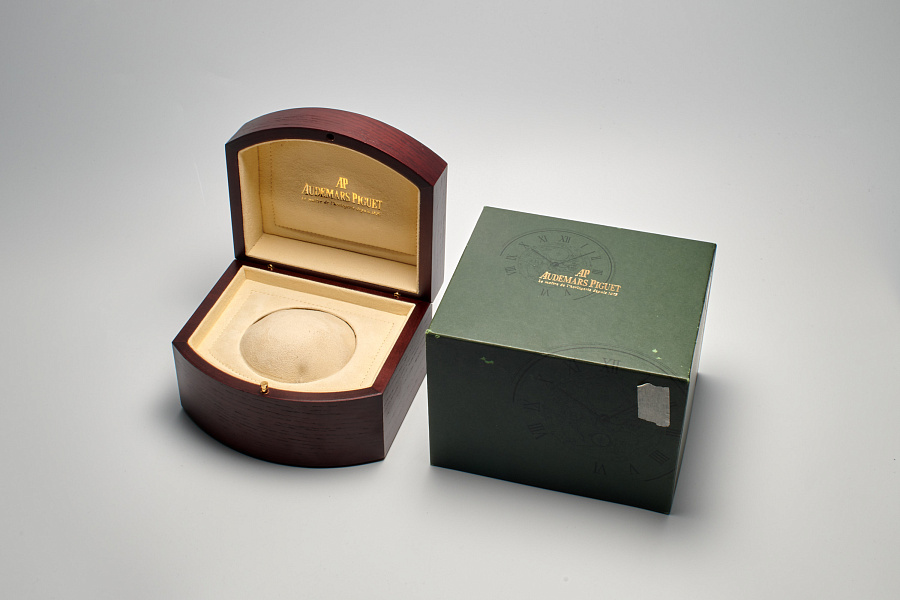 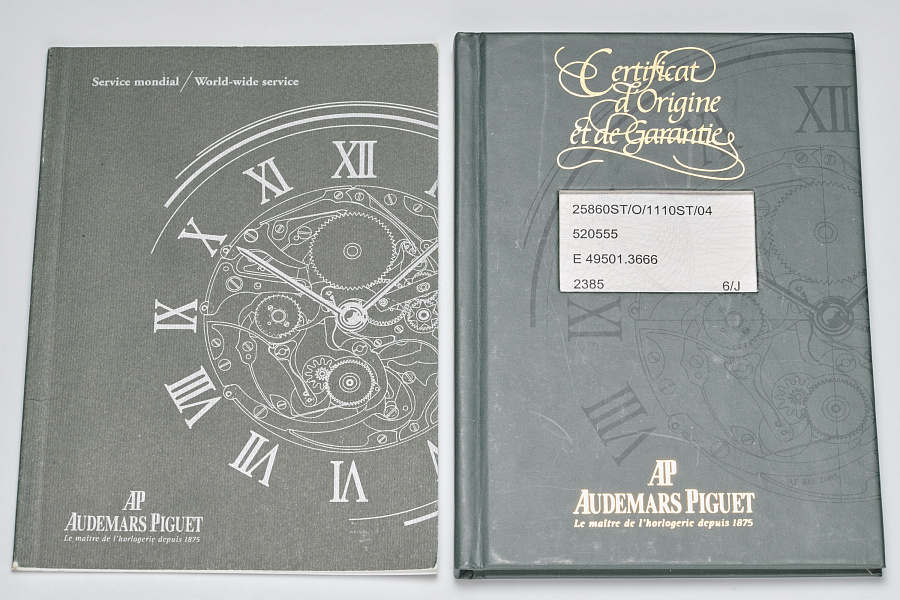 Reference 25860 is the first Royal Oak chronograph wristwatch produced since 1997 on the basis of the self-winding caliber 2385, which had just been developed by the brand in collaboration with movement-blank producer Frédéric Piguet as a personalized version of its legendary caliber 1185. Royal Oak Chronograph Ref. 25860 was available in different variations and was mostly produced in stainless steel, as the present example, and predominantly fitted with a dark blue or a matt silvered ‘Grande Tapisserie’ dial, featuring either an original or enlarged ‘Grande Tapisserie’ pattern.

Part of this reference release featured a deep blue dial, unusual for the Royal Oak collection, and was nicknamed ‘Electric Blue’. The dial design of the present example is characterized by such features as an enlarged ‘Grande Tapisserie’ pattern, round applied luminous markers at 3, 6, and 9 o’clock, “05” on the peripheral minutes/seconds scale, and the digit “2” with a rounded top scroll on the “20” and “25” markers in the peripheral minutes/seconds scale (which is typical for reference 25860). As usual in the Royal Oak Chronograph of that period when featuring a dark dial, the hands are painted white. Our research did not reveal the presence of models with either an ‘Electric Blue’ dial or a white silvered dial featuring an original small ‘Grande Tapisserie’ pattern – instead an enlarged pattern is always present.

The present lot is particularly rare and attractive due to the charismatic ‘Electric blue’ dial, featuring only in the first-generation Royal Oak Chronographs

Numerical execution and design variations make Royal Oak chronographs an extremely attractive object for collecting and research. The present lot featuring a rare ‘Electric blue’ dial offers another rare opportunity to purchase a watch with case number 3666, the same as in another listing in this sale – the Royal Oak Chronograph Blue ‘Roundel’ Counters Ref. 26300ST.OO.1110ST.07, marked by the same No 3666 (this is not a mistake, as these watches have different references).

The Royal Oak Chronograph ‘Electric Blue’ Ref. 25860ST.O.1110ST.04 would be an excellent purchase for the collector who desires an attractive, very rare and collectible wristwatch from a world-renowned traditional watch brand, one of the undisputed leaders in the haute horlogerie watch market. The present lot is particularly rare and attractive due to the charismatic ‘Electric blue’ dial, featuring only in the first-generation Royal Oak Chronographs, which are increasingly attracting collectors who appreciate the iconic design of the Royal Oak in its chronograph applications, and intriguing rarities are being discovered through the efforts of experts and connoisseurs.