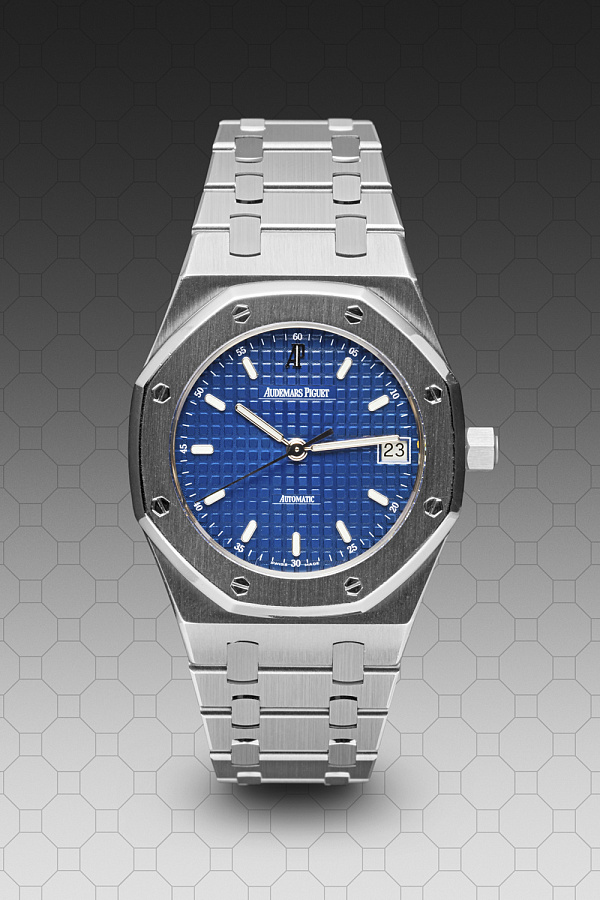 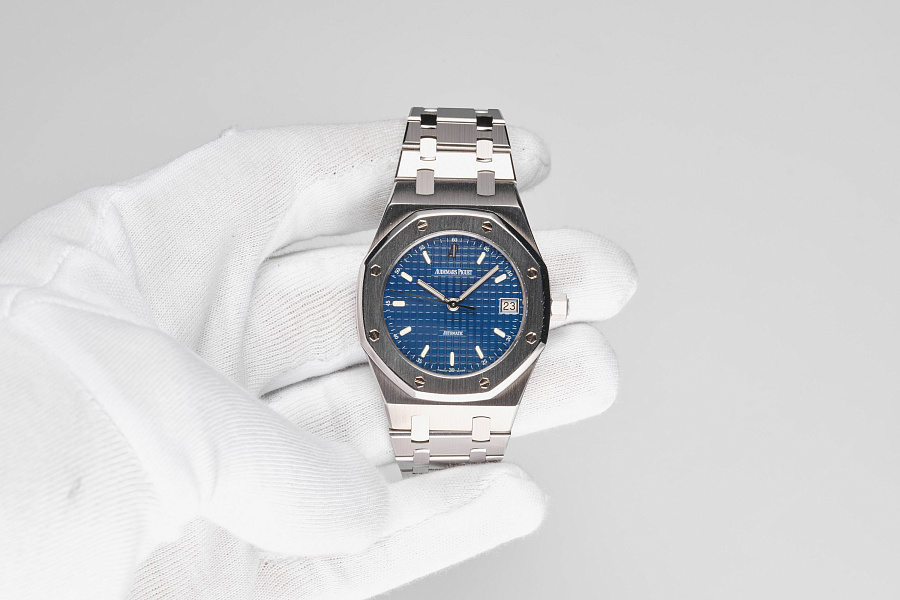 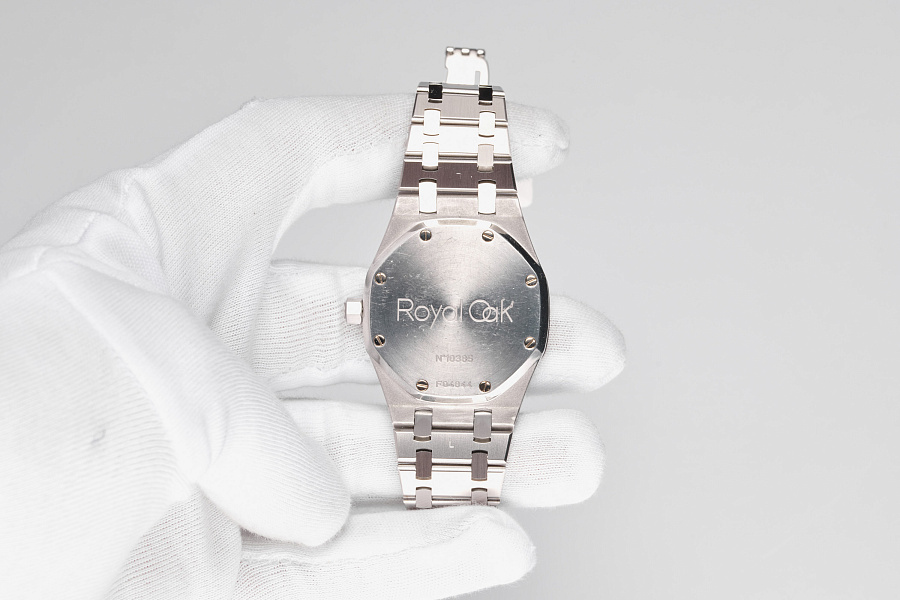 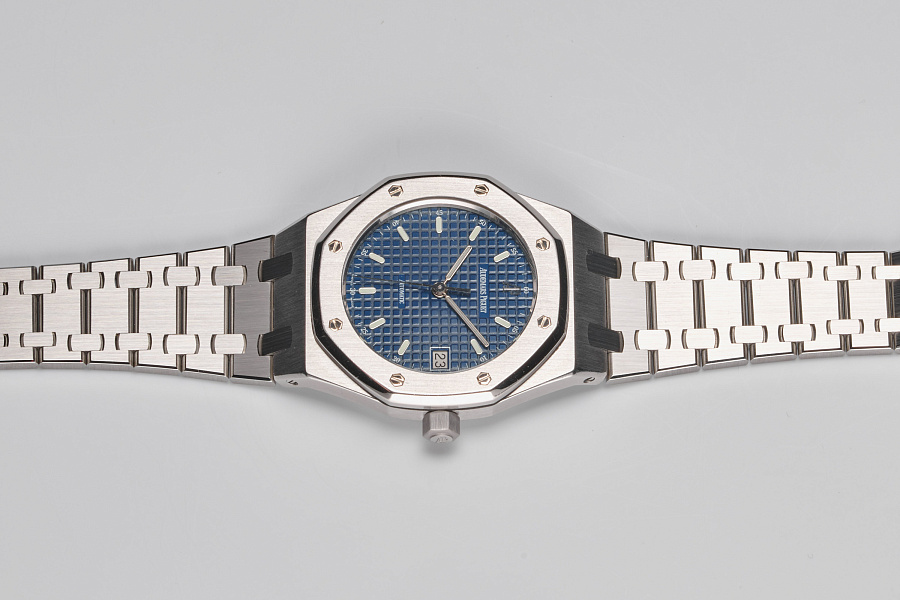 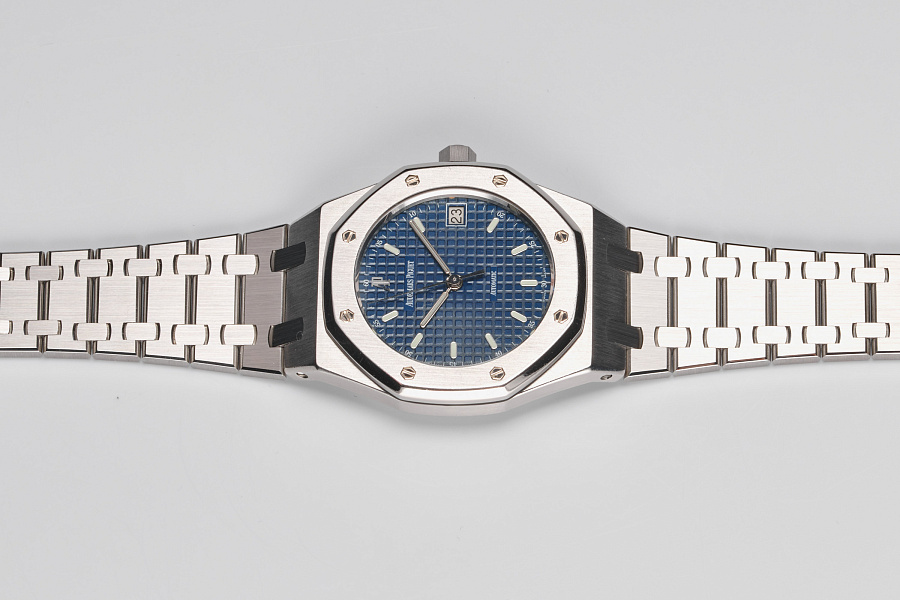 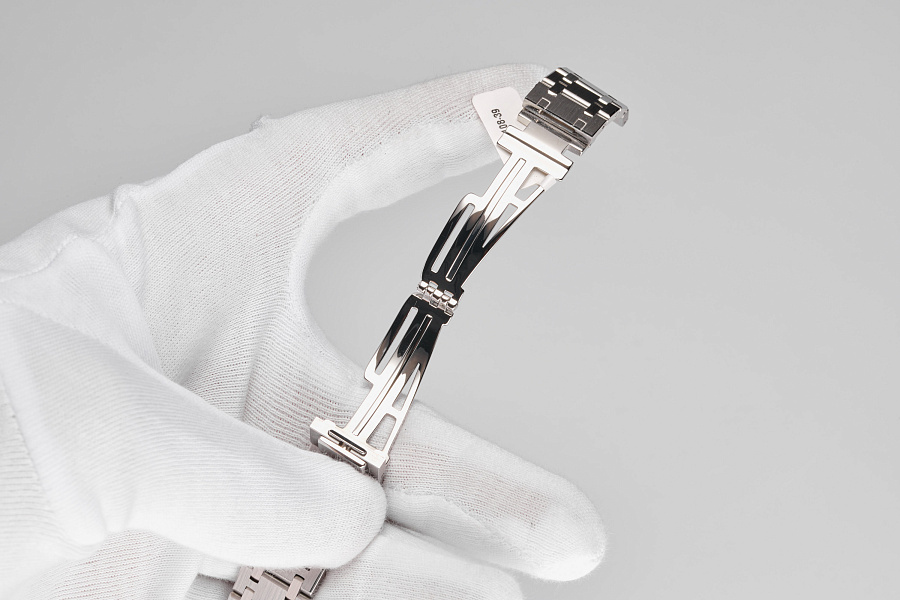 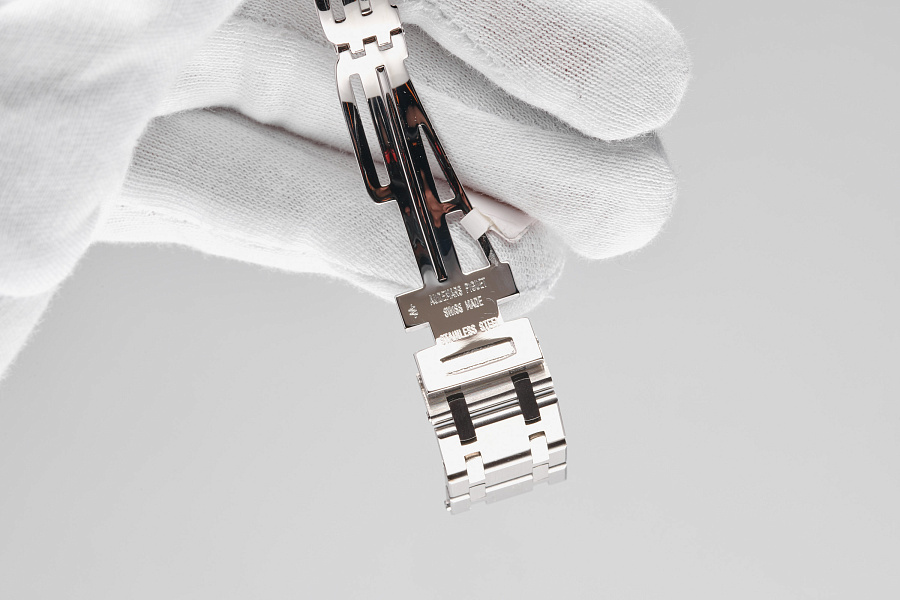 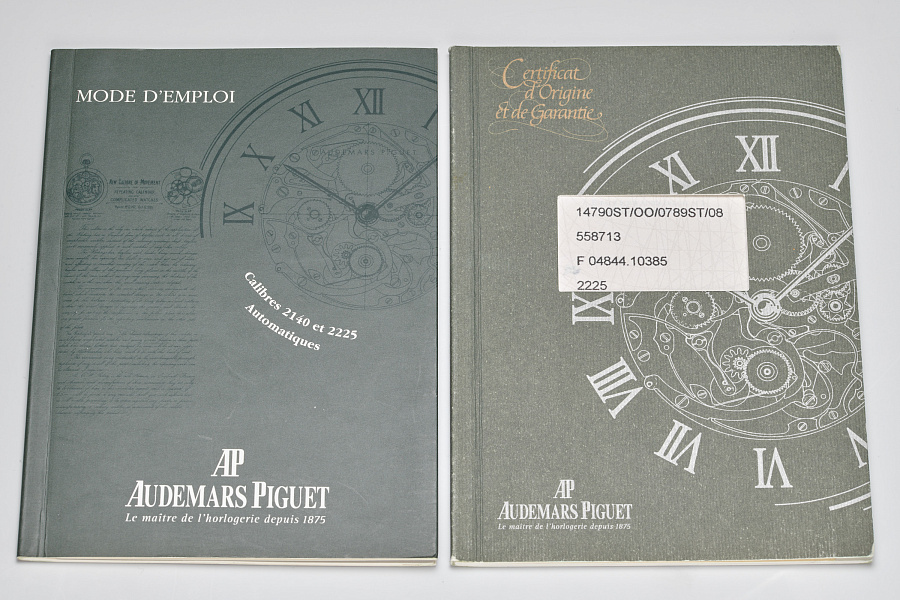 The present reference is a notable example of a medium-sized Royal Oak, which until recently had rarely attracted the attention of collectors and specialists, being in the shadow of the charismatic historical reference 5402 ‘Jumbo’ and its subsequent iterations. The recent surge in demand for classic Royal Oak collection references, most notably the ‘Jumbo’, perpetual calendars, limited-editions and chronographs, and the extraordinary rise in secondary market prices that has resulted from this, has generated a significant increase in public interest in other, previously overshadowed items that had not earlier generated active demand. This category also includes 36mm medium-sized Royal Oaks, including the classic references 14790 and, in particular, the 15300, the first self-winding time-and date Royal Oak with an in-house caliber.

Reference 14790 is a classic mid-size 36mm Royal Oak that was equipped with self-winding movements – calibers 2125, 2225 and 2325. All of these calibers are based on a caliber 889 movement-blank supplied by Jaeger-LeCoultre, long-term partner and supplier of Audemars Piguet. The 14790s from the earliest period of production feature a 2125 caliber, while most of the release, like the present example, features a 2225 caliber, and only a part of the release of the last third generation of reference 14790 got a 2325 caliber. The production period of the first generation (Mk1) is from 1992 to 1993. These examples are characterized by a dial with a small logo, small “Automatic” lettering, original small ‘Tapisserie’ pattern, and long baton indexes. The release period of the second generation (Mk2) is from 1993 to 2000, when its dial received a new Audemars Piguet logo in small capitals, transitional “Automatic” in capitals, small ‘Tapisserie’ pattern, and long baton indexes. Third-generation watches, characterized by a new logo, enlarged ‘Grande Tapisserie’ pattern, short and wide baton indexes, and external minutes scale with Arabic 5-minute markings were produced from 2000 to 2006.

The present lot is a notable example of the medium-sized Royal Oak reference 14790 with a ‘Cosmos Blue’ bright blue hue dial, belonging to the rare third-generation Type 2 dial execution.

Careful study of the execution of watches of the third generation shows that, contrary to the generally accepted view, it is divided into two types. The first, more common type includes pieces with matte silver-plated dials and some models with dark dials. The design of the dials of the Type 1 features smaller wording of “Automatic” in capitals, a peripheral minute scale in Arabic sans serif font, a lower position of “Swiss Made” in relation to the minute scale, and absent frame of the date window. The rarer second type of dial is only found on models with a dark dial, such as the ‘Cosmos Blue’ of the present example. The Type 2 is characterized by the word “Automatic” in small capitals, matching the new logo, a peripheral minute scale in Arabic serif font, the aligned position of “Swiss Made” with respect to the minute scale, and a date window with a distinctive white frame. It is interesting to note that the new reference 15300, which replaced the 14790 due to the launch of the in-house self-winding caliber, received a dial most consistent with that of the third generation of the Type 1.

The present example belongs to the third generation of the reference 14790, and has a striking, attractive dial in a ‘Cosmos Blue’ bright blue hue, slightly brighter than the charismatic ‘Yves Klein’. The dials of both colours are arousing keen interest among collectors and connoisseurs of the Royal Oak watch heritage.

The present lot is a notable example of the medium-sized Royal Oak reference 14790 with a ‘Cosmos Blue’ bright blue hue dial, belonging to the rare third-generation Type 2 dial execution. Nowadays, due to the incredible popularity of Audemars Piguet Royal Oak watches, medium-sized Royal Oak references are generating significant interest as collectibles and as investments. Therefore, the Royal Oak Ref. 14790ST.OO.0789ST.08 ‘Cosmos Blue’ would be an excellent purchase for the collector who desires an extremely attractive, impressive and very rare classic medium-sized Royal Oak, produced by a world-renowned traditional watch brand, one of the undisputed leaders in the haute horlogerie watch market.