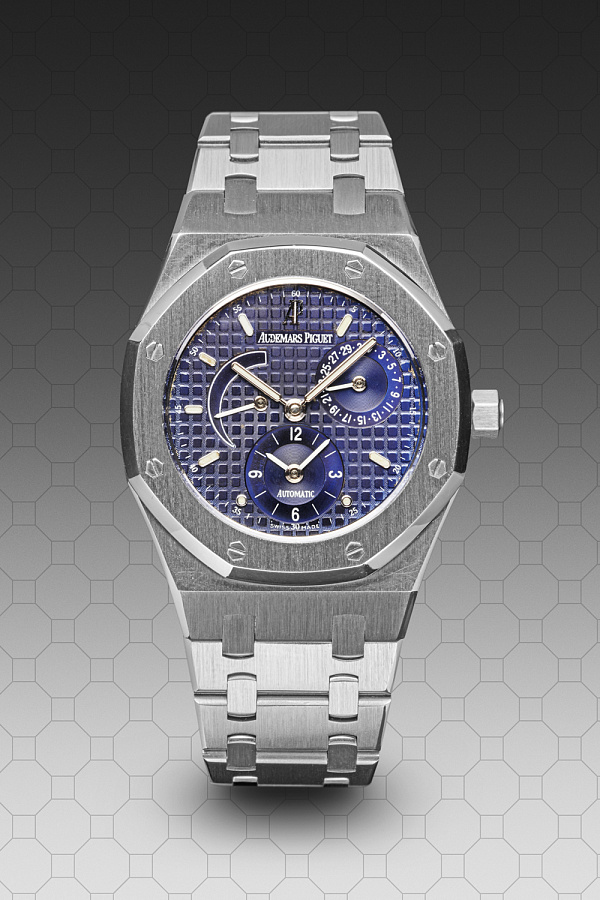 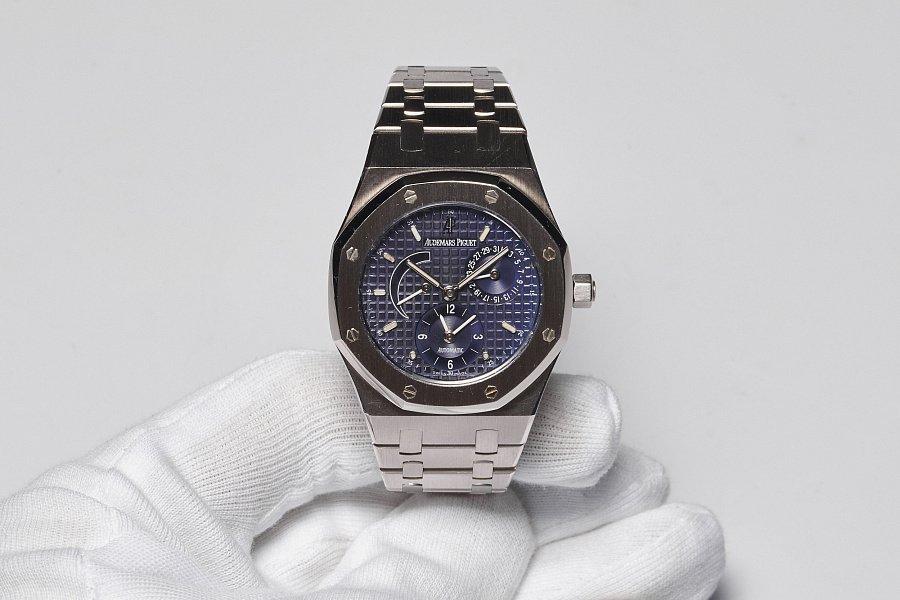 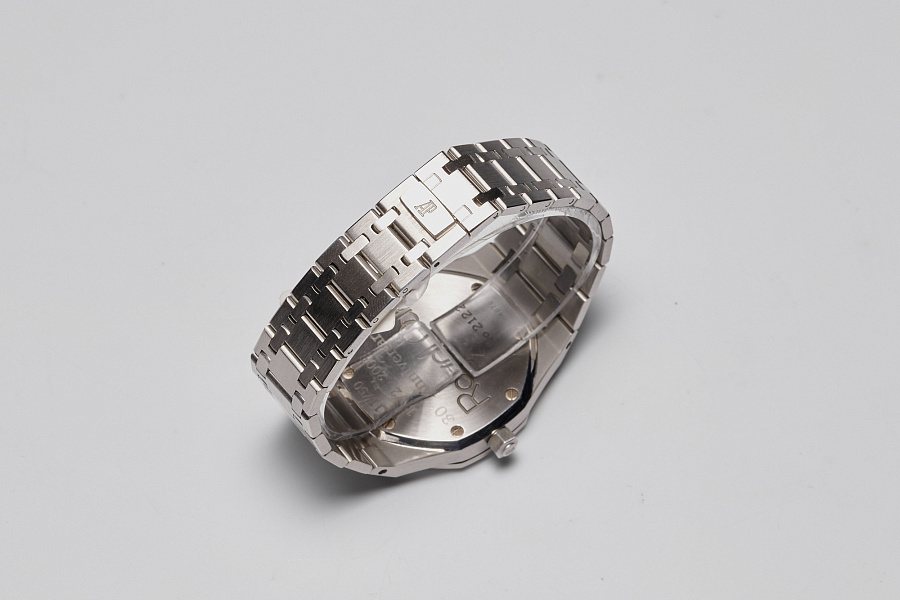 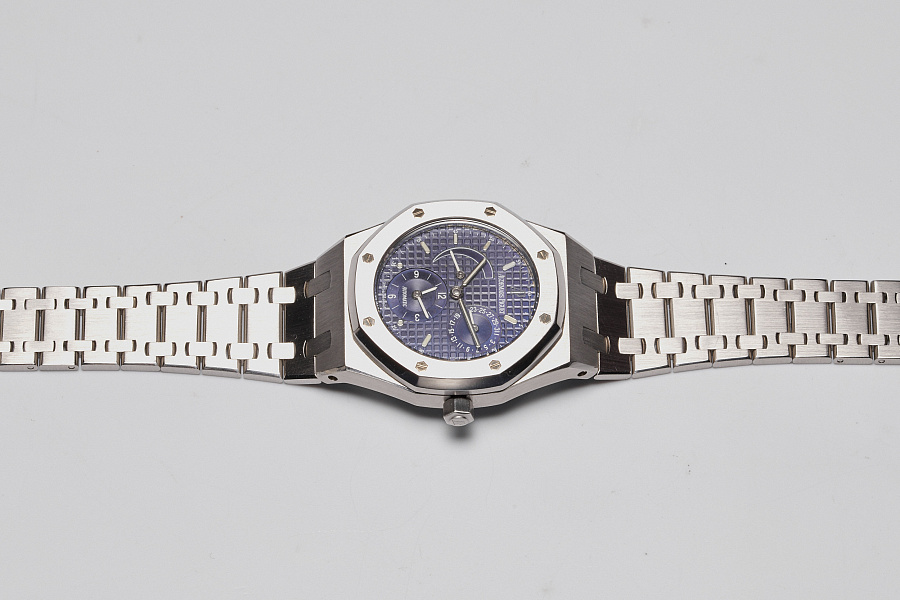 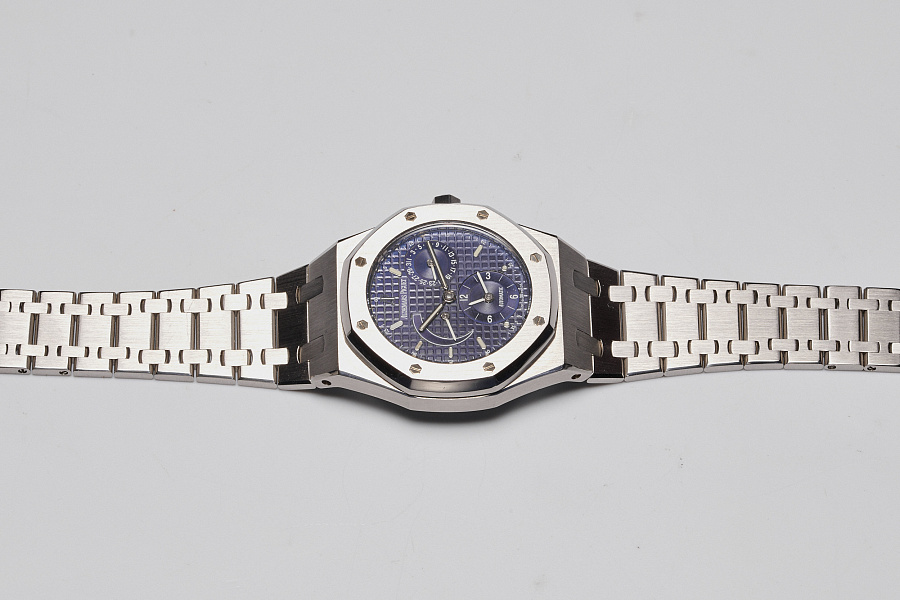 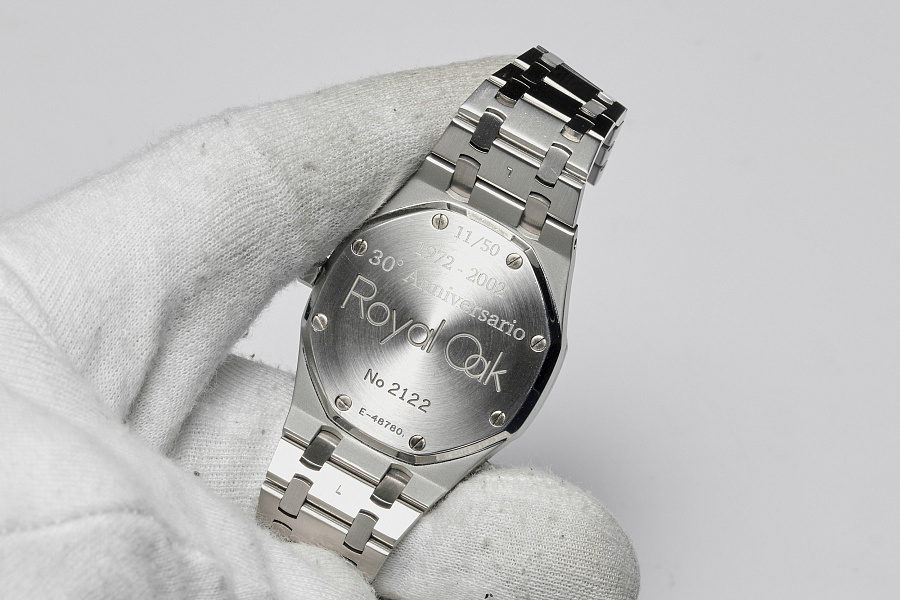 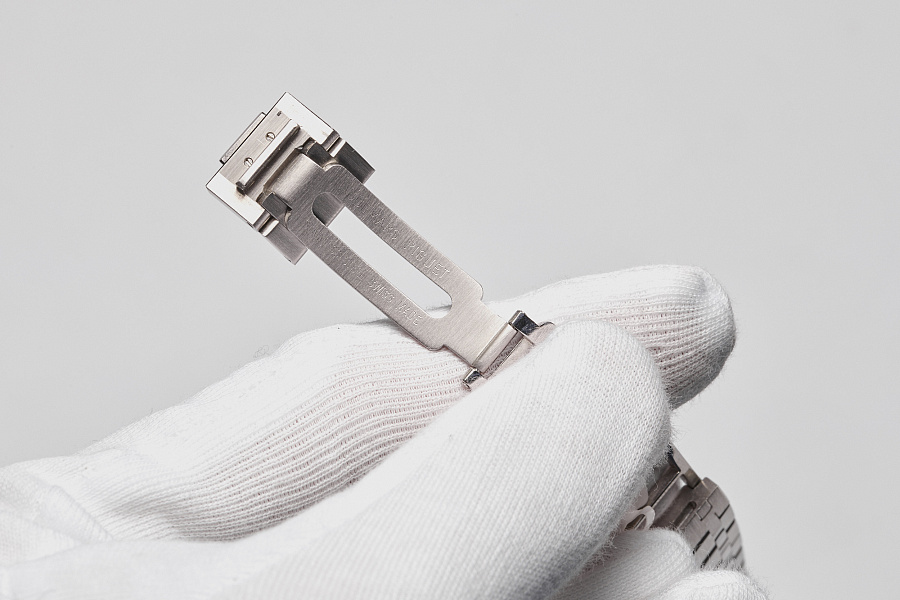 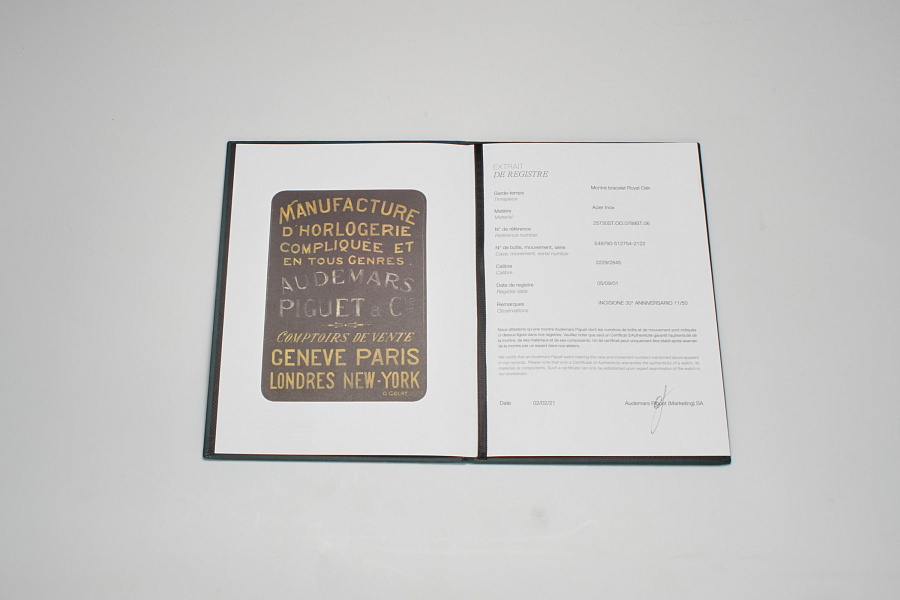 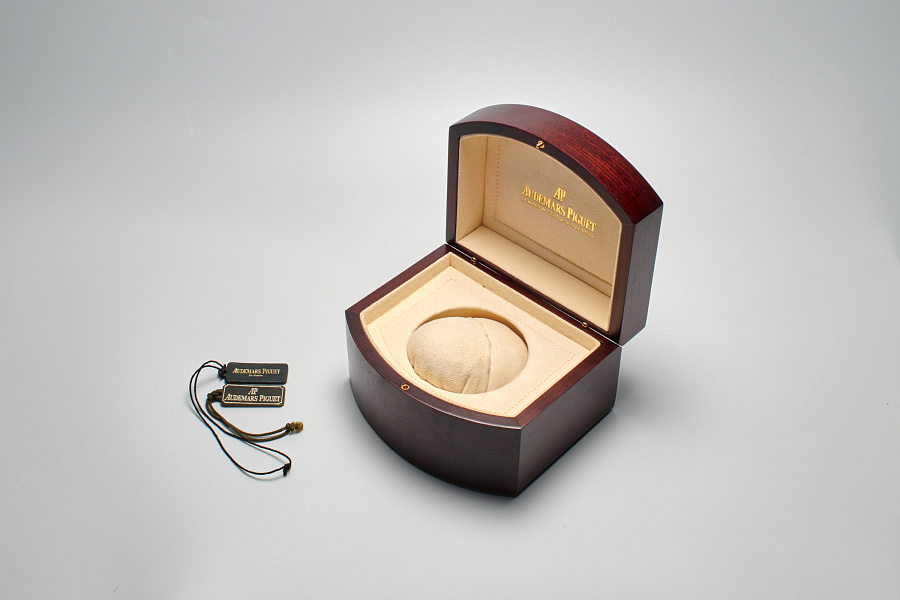 In 1989–1990, Audemars Piguet created their first Dual Time wristwatch Ref. 25685 with a classical round design in 18k yellow gold, displaying the time in a second time zone driven by the same self-winding calibre 2229/2845. It was produced on the basis of the self-winding caliber 2229/2845, which had been developed by the brand based on an ebauche caliber 928 supplied by Jaeger-LeCoultre, long-term partner and supplier of Audemars Piguet. Reference 25730 is the first Royal Oak Dual Time model embedded with this caliber and the additional functions of second time zone indication, power reserve, and date on a subdial. During its production span, Ref. 25730 was available in different variations and was mostly produced in stainless steel. Some examples, however, were produced in stainless steel and yellow gold (Ref. 25730SA), stainless steel and tantalum (Ref. 25730TT), platinum (Ref. 25730PT), and in 18k yellow gold (Ref. 25730BA). Several dial color options were also offered, while the dial design changed during this period – according to our knowledge, there were four generations of Ref. 25730 dials.

This model was released in honor of the 30th anniversary of the Royal Oak, in a limited edition of 50 pieces, created specially for the Italian market

The present lot features the fourth-generation dial – Mk4. It has the characteristic enlarged ‘Grande Tapisserie’ pattern, applied ‘AP’ index at 12 o’clock, the modern version of the logo printed on a flat milled table just below the ‘AP’ index, wider and shorter baguette indexes (in comparison with the Mk1, Mk2 and Mk3 dials) in Royal Oak style, and a peripheral minute scale with Arabic numerals. For the Mk4 dials, the original power reserve scale with Arabic digits was replaced by a falcate-shaped scale. The other features of the present example are a Royal Oak second-generation stainless steel double folding clasp, and a crown signed with an engraved “AP”.

This model was released in 2001–2002 in honor of the 30th anniversary of the Royal Oak, in a limited edition of 50 pieces, and was intended solely for the Italian market. The limited-edition Royal Oak Dual Time is very attractive, as it was produced in such a limited series. According to our information, the Royal Oak Dual Time “1972–2002 30° Anniversario Italia” is extremely rare on the market, therefore it is of great interest to the collector.

An intriguing feature of this example is the presence of the engraved number in the limited series (here 11/50) and the model number in the production series (here No. 2122) on the caseback. Audemars Piguet doesn’t usually indicate the model number in the production series in limited editions. We may assume that the decision to release this limited edition was made promptly, with serial production pieces taken for it, for which modified casebacks with an engraved commemorative inscription were made.

The Royal Oak Dual Time ‘1972–2002 30° Anniversario Italia’ Ref. 25730ST.OO.0789ST.06 would be an excellent purchase for the collector who desires an attractive, very rare and complicated mechanical wristwatch from a world-renowned traditional watch brand, one of the undisputed leaders in the haute horlogerie watch market. The present lot is extremely attractive and remarkable as a rare limited-edition dual timezone indication wristwatch in the Royal Oak collection, making it a highly desirable item.