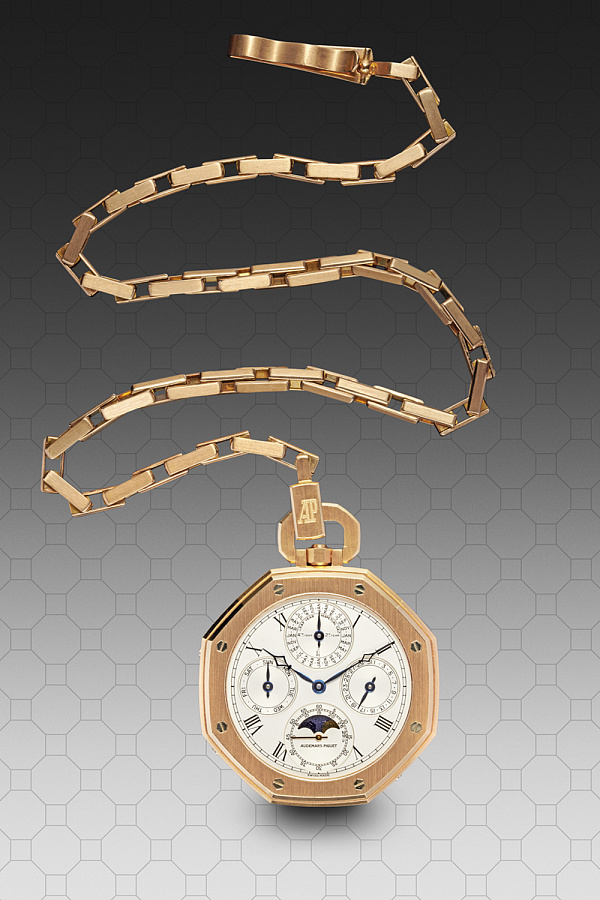 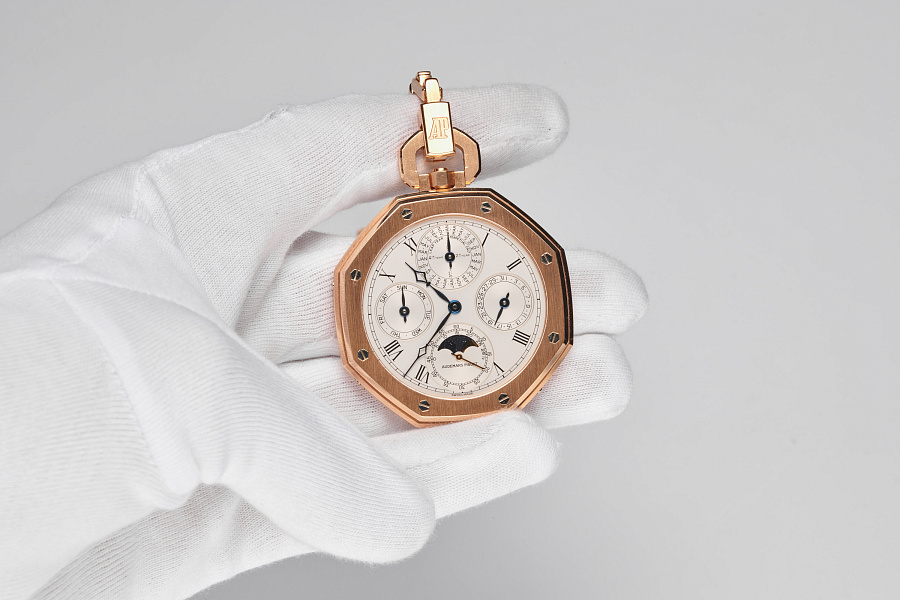 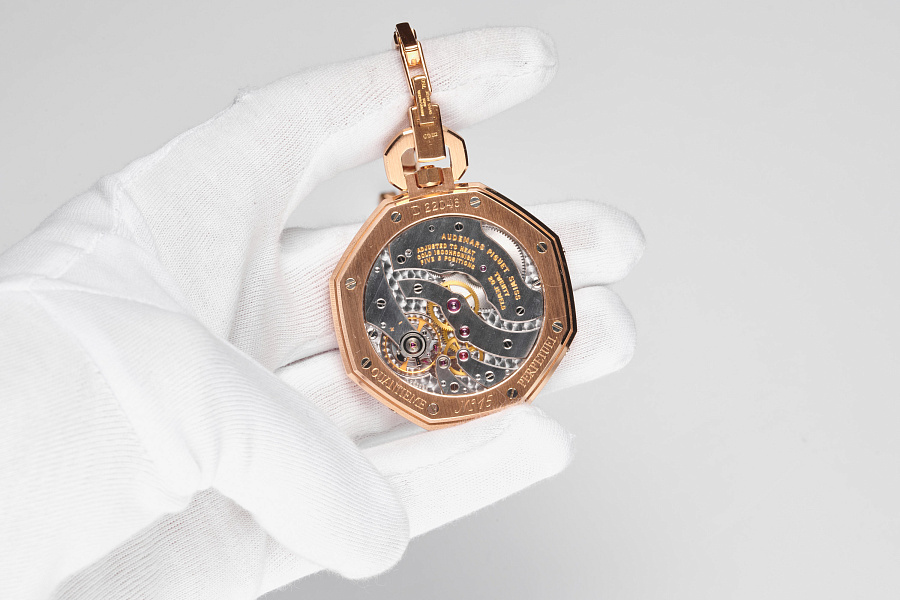 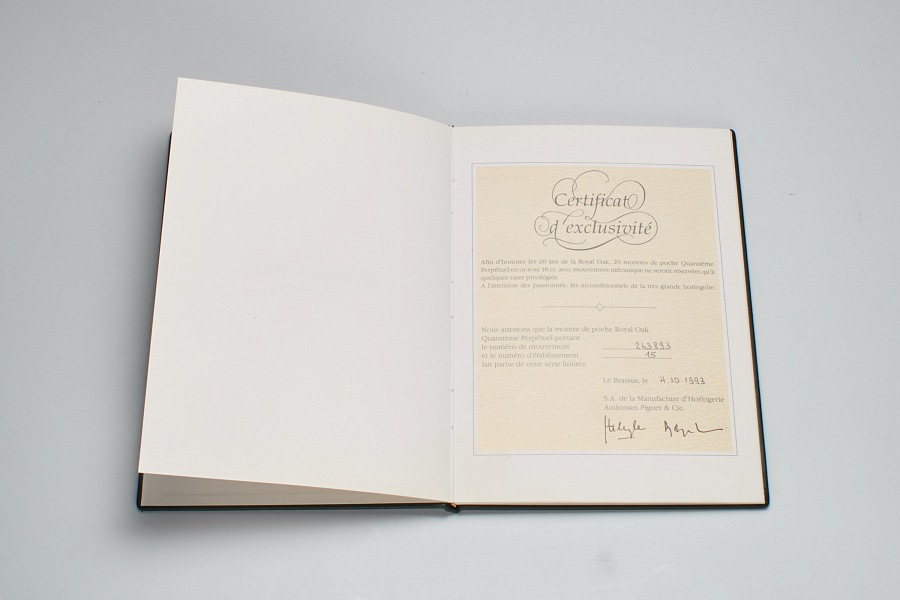 Audemars Piguet officially launched the Royal Oak Pocket Watch Perpetual Calendar Limited Edition as a tribute to the famous Royal Oak design on the occasion of the 20th anniversary of the Royal Oak. In actual fact, in 1992 the brand issued two limited editions, each of 20 pieces, the present reference and the platinum reference 25729 with a matt silvered dial. Both are presented at this sale, and both are marked with the same number in the limited edition – 15 – making the present offer exceptional.

The present reference 25728 is produced in a distinctive Royal Oak octagonal shape with a bezel featuring hex screws. The iconic Royal Oak design, adopted for a pocket watch, first appeared on the Royal Oak Pocket Watch Ref. 5691, whose production started in 1979–1980. Royal Oak pocket watches remain a collectible exclusivity, and very rarely appear on the secondary market or at auctions.

The present reference, together with the platinum reference 25729, are the only perpetual calendar pocket watches in the Royal Oak collection.

Unlike Royal Oak wristwatches, which are predominantly equipped with self-winding calibers, the present reference has a unique combination of the traditional ultra-thin hand-wound 5020 pocket caliber and a specially designed perpetual calendar module with a moonphase indicator and a small seconds hand that is never found in Royal Oak Perpetual Calendar wristwatches. Audemars Piguet developed the caliber 5020 on the base of the 16-lines hand-wound openface (Lépine) pocket watch caliber 151 movement-blank supplied by Frédéric Piguet, while the calendar module is based on a kit from the Dubois Dépraz factory. Both are long-term partners and suppliers of Audemars Piguet.

The matt silvered dial with Roman numerals, recessed counters, blued steel Cathedrale hour and minute hands, blued steel leaf-shaped calendar counters hands, and golden baton-shaped small seconds hand combine to look like a traditional late 19th/early 20th century pocket watch face. This dial design is a significant difference of the present reference from almost all Royal Oak Perpetual Calendar wristwatches, with one known exception of a rare dial variation of the two-tone reference 25654SA (hour and minute hands of which are not of Cathedrale shape).

The Royal Oak Pocket Watch Perpetual Calendar 20th Anniversary Limited Edition Ref. 25728 would be an excellent purchase for the collector who desires an extremely rare, unusual and exclusive modern pocket watch from a world-renowned traditional watch brand, one of the undisputed leaders in the haute horlogerie watch market. The present reference, together with the platinum reference 25729, are the only perpetual calendar pocket watches in the Royal Oak collection. This unique historic release, commemorating the 20th anniversary of the Royal Oak, is limited to 20 pieces plus 20 more pieces of the platinum version, and is therefore a true collectible rarity that certainly adds to the appeal of the present lot.