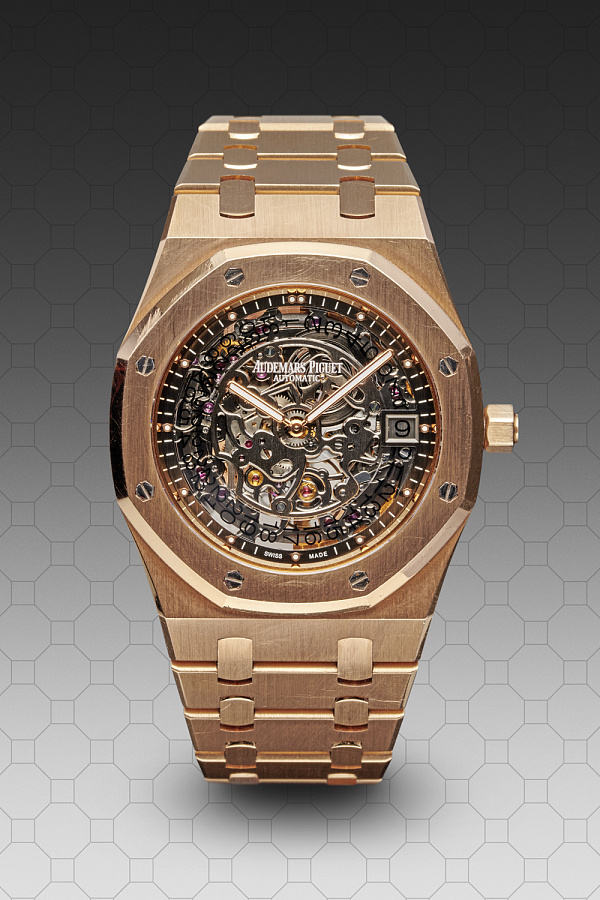 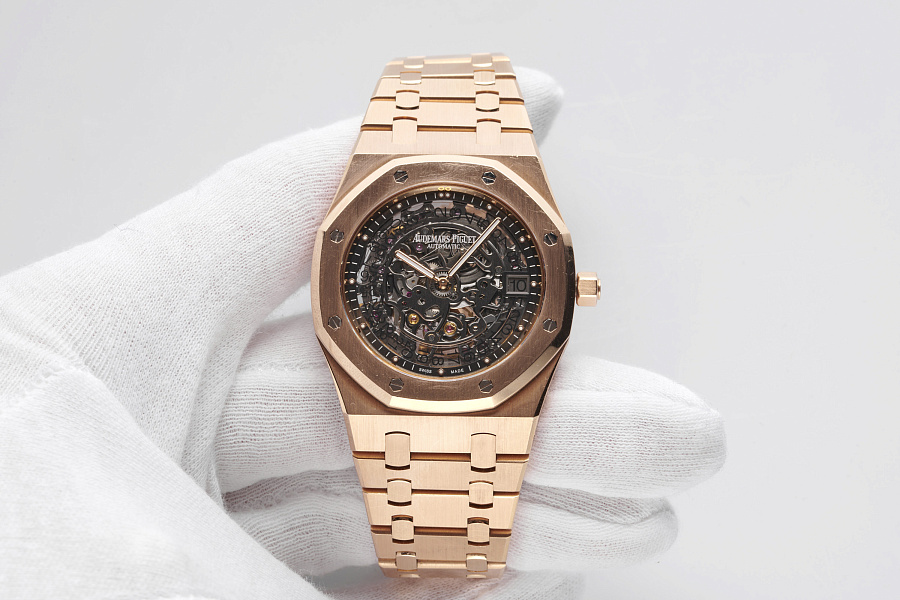 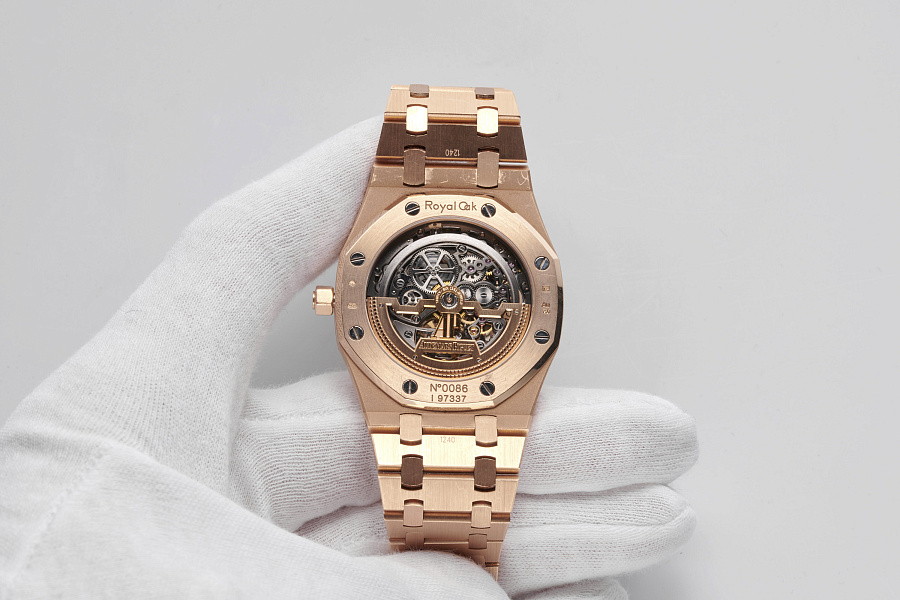 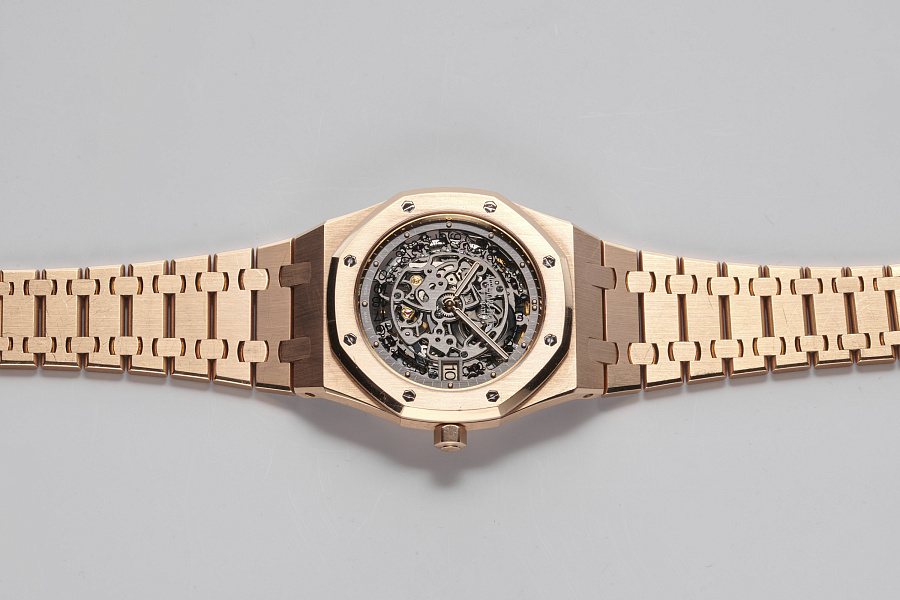 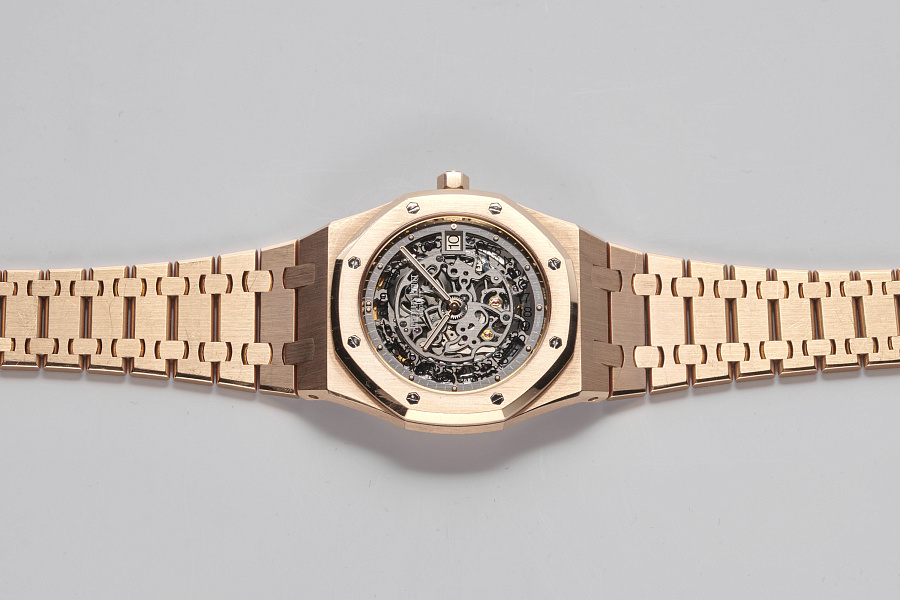 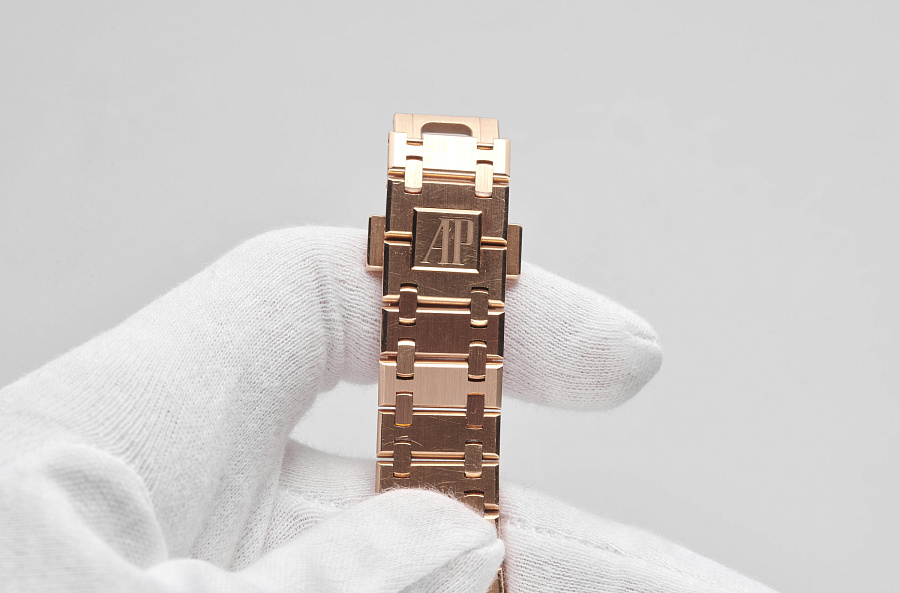 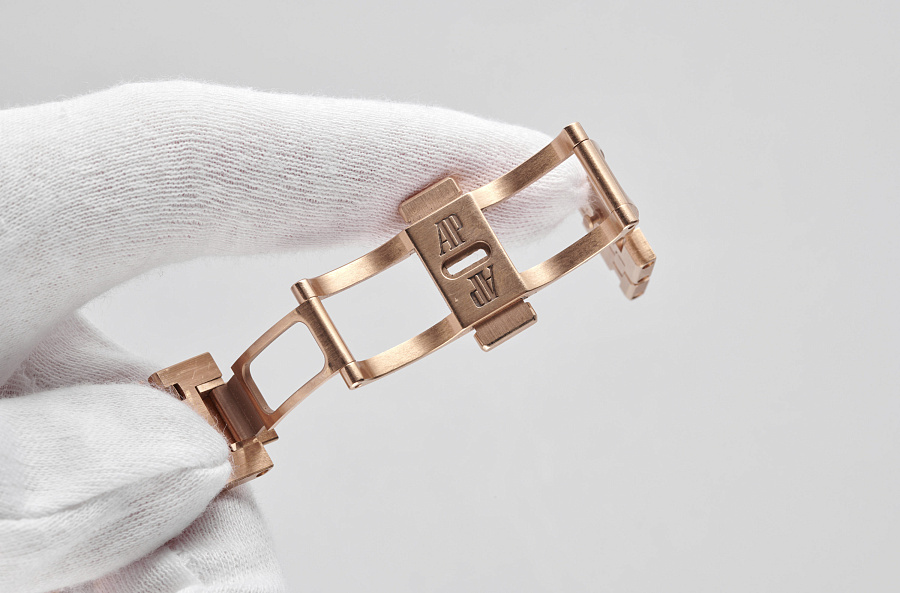 Nevertheless, the main feature of the present reference lies in the simple fact that this watch is practically identical in its main technical specifications to the legendary Royal Oak ‘Jumbo’ Ref. 5402ST launched in 1972. It comes in the classic ‘Jumbo’ case that measures 39mm by 8.04mm, and is powered by the caliber 5122, the skeletonised version of the original ‘two hands and the date’ caliber 2121, with both 3.05mm thick.

Ref. 15204OR is one of those short-lived references that turned out to be in demand shortly after the model was discontinued, – and collectors began hunting for it.

In 2012, celebrating the 40th anniversary of the Royal Oak, the brand launched the reference 15203PT, a 40-piece limited edition. This model featured a 39mm platinum case and is powered with caliber 5122. In 2014, a pink gold version, the present reference 15204OR, was released. It was not limited, but the production was very small due to obvious production difficulties. Audemars Piguet is one of the few watchmaking houses that continues to produce sophisticated mechanical watches with traditional skeletonization, baroque outlines, lots of ‘air’, and thorough finishing of all components, including the traditional bevelled mainplate, bridges and open-worked oscillating weight with meticulous handwork shaping and polishing of inner exterior and interior angles during bevelling. This is an extremely costly operation for a watch brand, where a lot of time and effort is required even without taking into account that needed in the process of handcrafting, finishing, assembling and adjusting watches. Just imagine, due to the skeleton dial, this huge amount of work is done on both sides of the movement, which roughly doubles the costs. The present example features a surprisingly large number of properly finished exterior and interior angle elements, which explains the time-consuming production for a seemingly simple model and is a reason for its very small release. An indirect, although very convincing confirmation of this is the very rare appearance of this reference on sale or at auctions.

It’s actually one of only two authentic skeletonized versions of the original Royal Oak ‘Jumbo’, which is priceless.

This reference is currently discontinued. In our opinion, Ref. 15204OR is one of those short-lived references that suddenly, when the model has already been discontinued, turn out to be in demand – and the hunt begins for them.

All these features make the Royal Oak Open-worked ‘Rose Gold Jumbo’ Ref. 15204OR.OO.1240OR.01 an exclusive and extremely rare timepiece with a strong personality. Therefore, the present lot would be a must-have purchase for the collector who wishes to obtain a sophisticated open-worked mechanical watch of a historically important design from a world-famous watch brand, one of the market leaders in haute horlogerie and complicated timepieces. The undoubted advantage of the present watch is the combination of the outstanding technical and decorative characteristics of the skeletonised caliber 5122, one of the best traditionally skeletonised self-winding movements and featuring art-deco aesthetics. And after all, it’s actually one of only two authentic skeletonized versions of the original Royal Oak ‘Jumbo’, which is priceless.