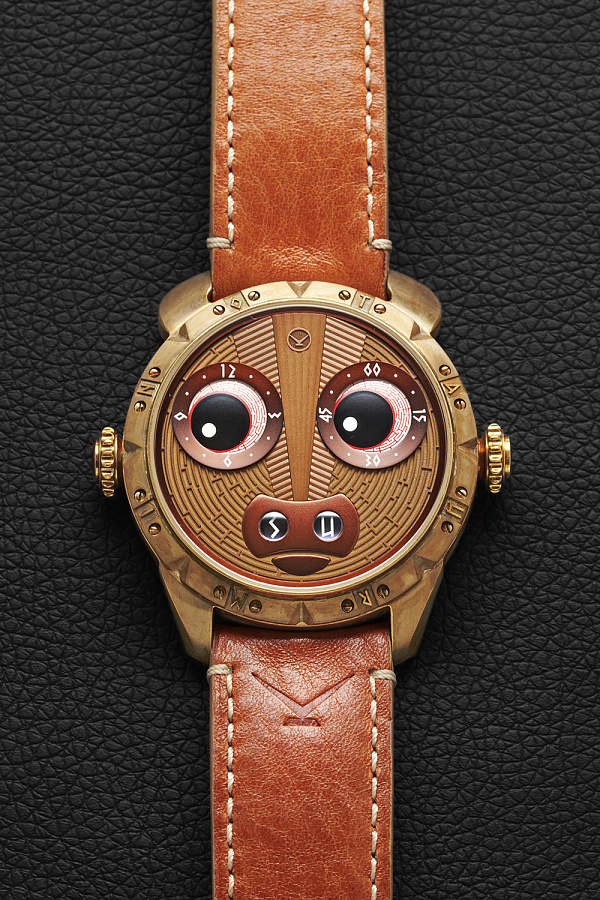 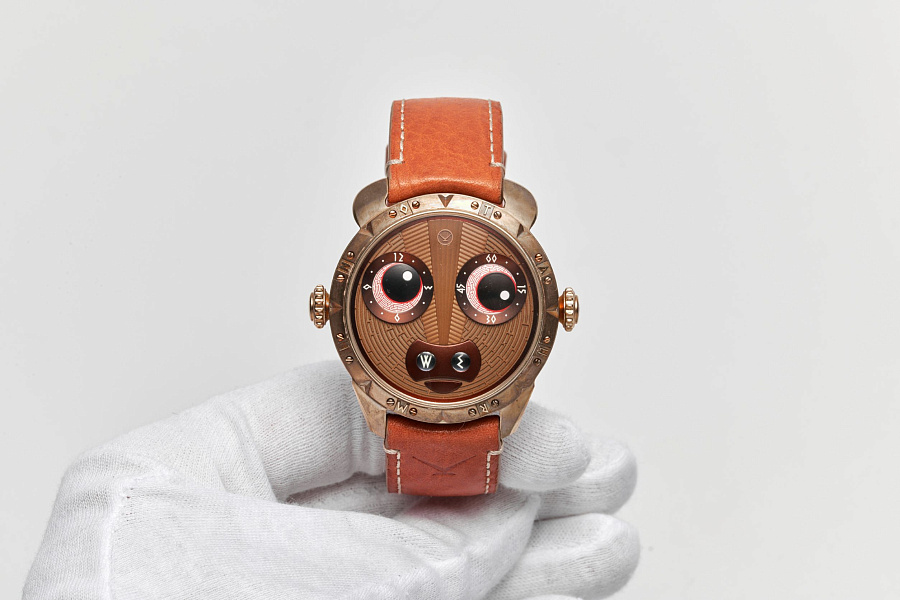 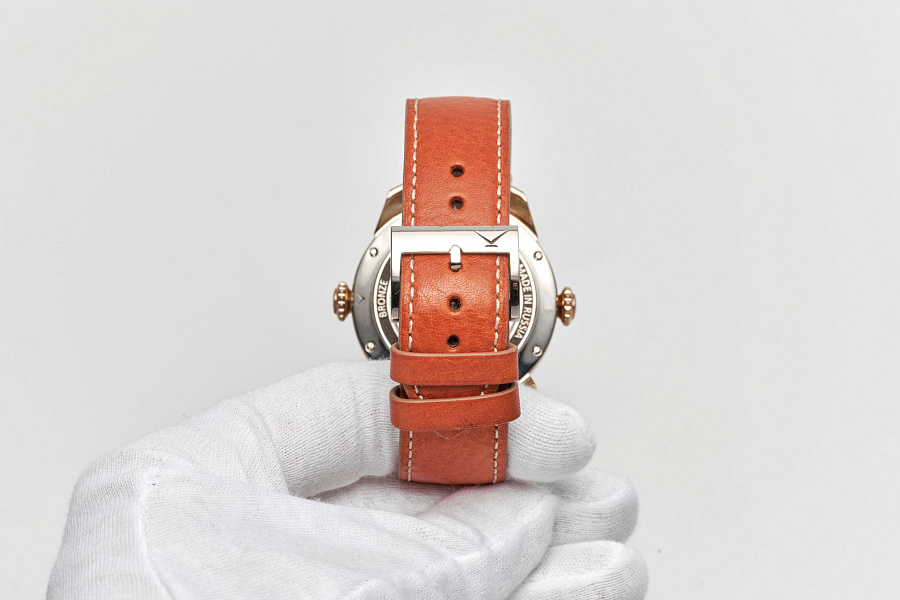 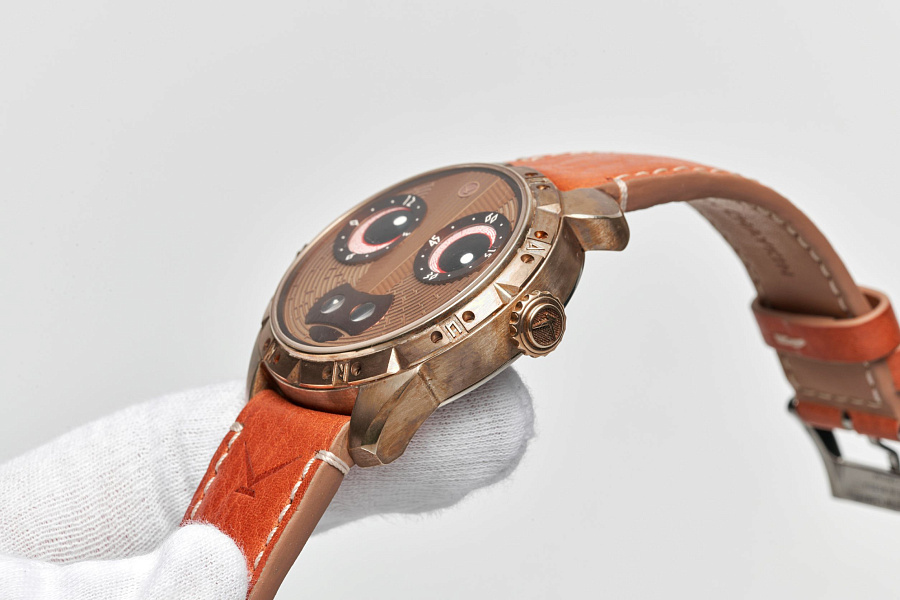 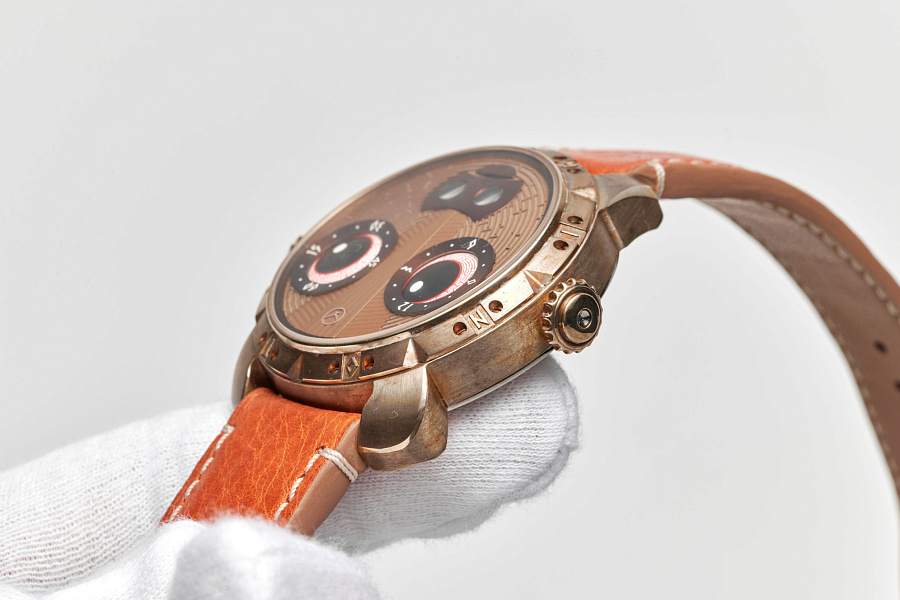 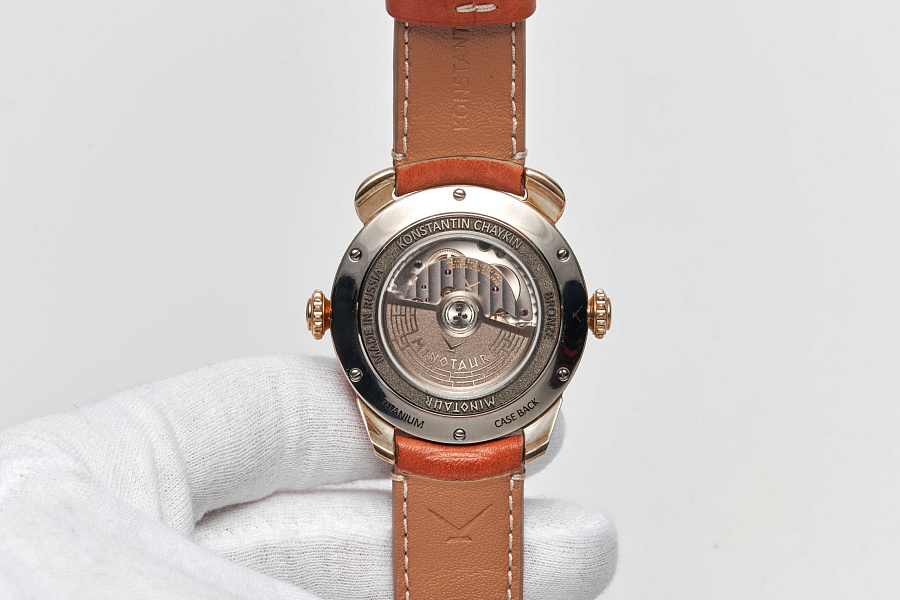 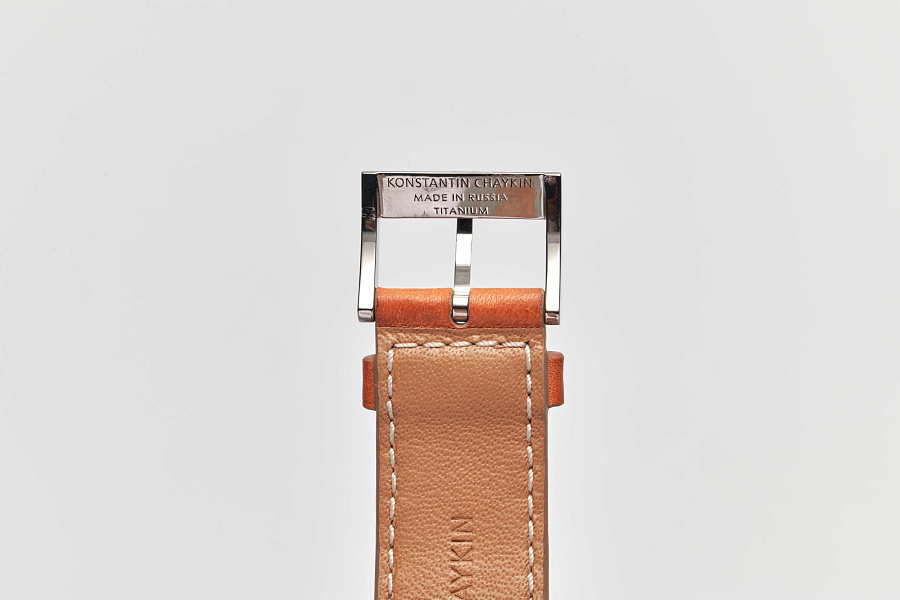 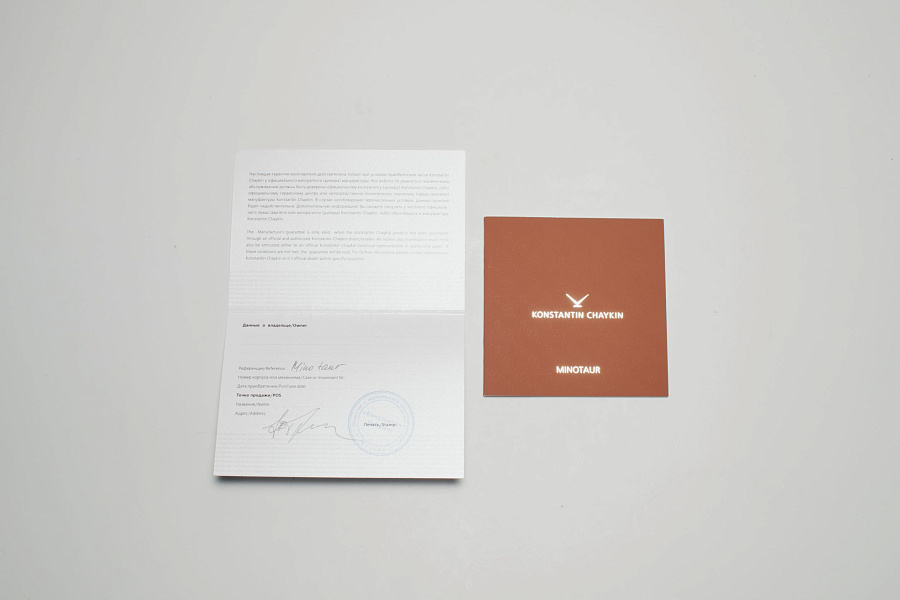 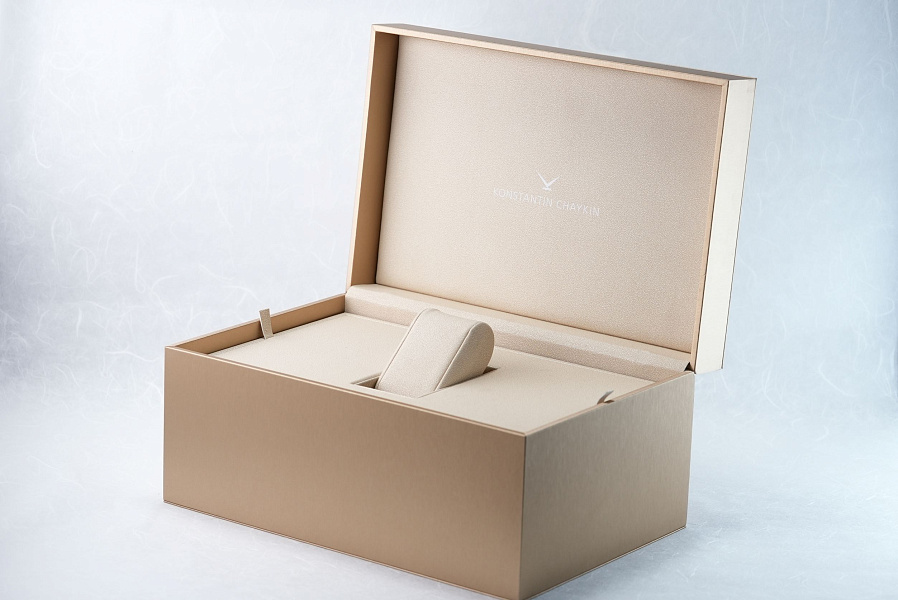 The Minotaur Special Chinese New Year 2021 limited-edition watch is the third chapter of the Chinese New Year releases by Konstantin Chaykin as part of his famous Wristmons collection. He dedicated the present watch to the beginning of the year of the bull, according to the traditional Chinese calendar. At the same time, he created a fusion with the ancient Greek legend of the Minotaur, the bull-headed monster from Knossos. Of undoubted interest is the fusion of ancient Greek and Chinese mythologies, creating a watch that is interesting not only as a piece of watchmaking art, but also as a cultural message of the independent master.

The present example is powered by the self-winding caliber K.08-1, developed by Konstantin Chaykin in 2021 for this model on the base of the high-end self-winding Vaucher VMF 3002 caliber. The rotor of the automatic winding system is custom made with a relief labyrinth decoration, the name of the watch and the logo. The characteristic feature of this watch and its caliber is its unique design, with a Joker-indication with disc displays for the hours, minutes and day of the week. For the large day-of-the-week indicator, a design with two discs is used. According to the watchmaker, this type of indicator had never been used in mechanical watches before. The round windows of the day of the week indicator are set into the character’s nostrils and equipped with miniature magnifying lenses.

The combination of the extraordinary design, memorable and instantly recognizable appearance and the first-of-its-kind large double disc day-of-the-week indicator, invented by the master himself, undoubtedly adds to the appeal of the present lot.

The Minotaur is one of the characters in Konstantin Chaykin’s Wristmons collection. Every minute the position of the hour and minute subdials changes, and the Wristmon’s face-like dial constantly expresses a new emotion.

Konstantin Chaykin works on his collection like an artist, striving to embody in it fresh technical, design or philosophical ideas. That is why he does not intend to fill the market with countless possible colour variations of the Joker watch, and also why the appearance of a truly new model is an excellent and very rare chance for a collector to acquire their own Wristmon. The one-of-a-kind design of the face-like dial is the main feature of both the Minotaur and other Konstantin Chaykin Wristmons, and for this reason they are considered one of the most emotional, memorable and notable watches in the modern watch industry.

The Konstantin Chaykin Minotaur Special Chinese New Year 2021 Limited Edition would appear to be an extremely attractive purchase for the collector looking to obtain a highly unusual, sophisticated and emotional mechanical wristwatch from a renowned independent watchmaker, a member of the respected AHCI – Académie Horlogère des Créateurs Indépendants. The combination of the extraordinary design, memorable and instantly recognizable appearance and the first-of-its-kind large double disc day-of-the-week indicator, invented by the master himself, undoubtedly adds to the appeal of the present lot. Moreover, this is definitely a watch with a strong and distinctive character, and therefore it would also be an incredibly attractive daily wearer.