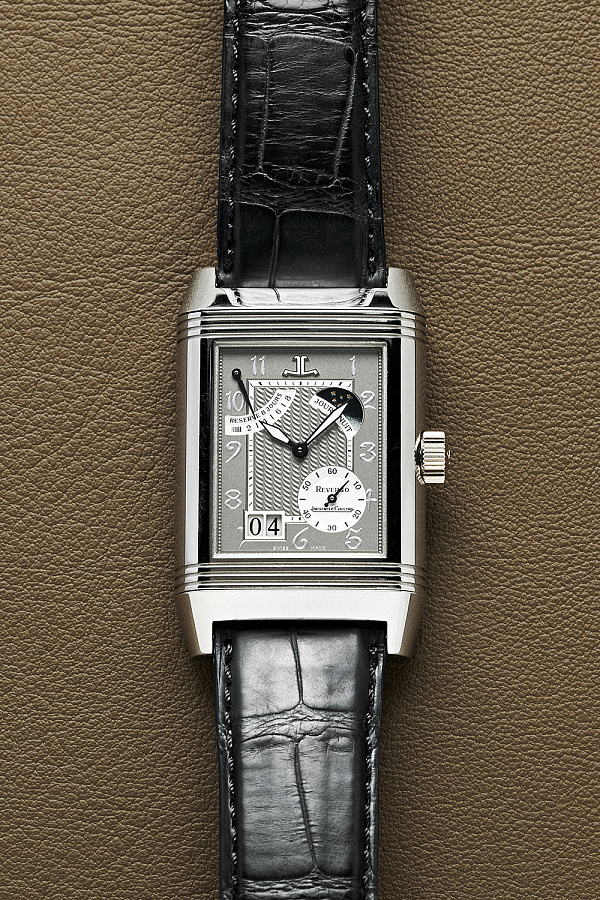 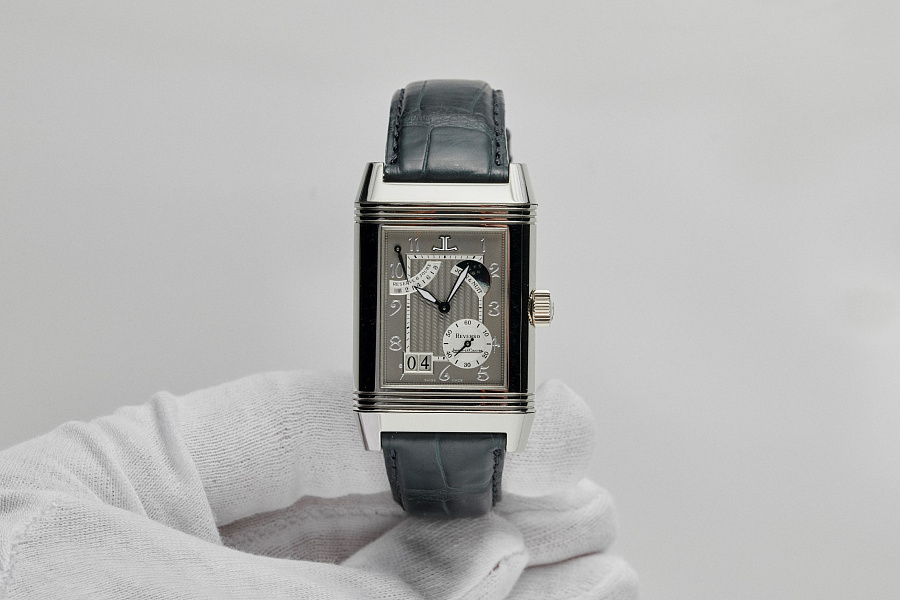 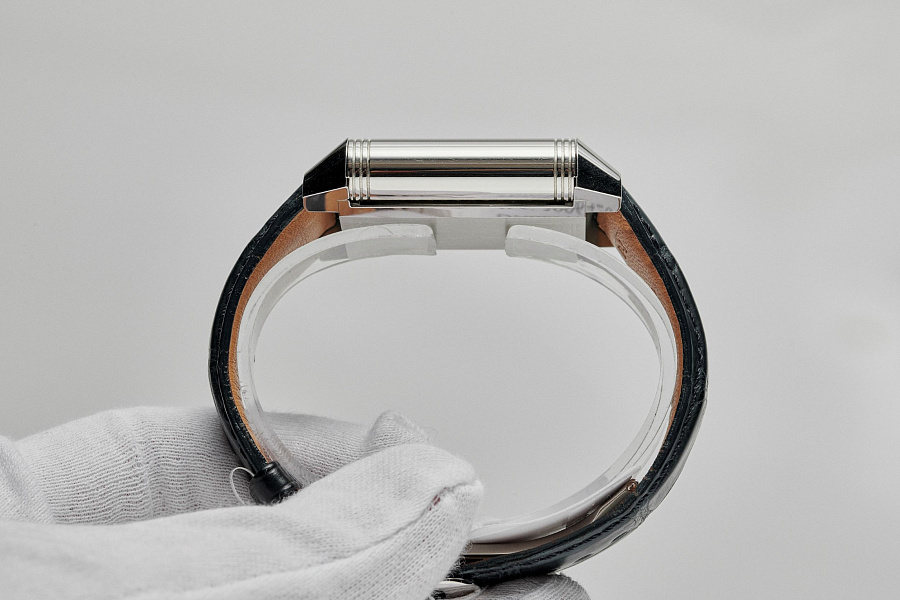 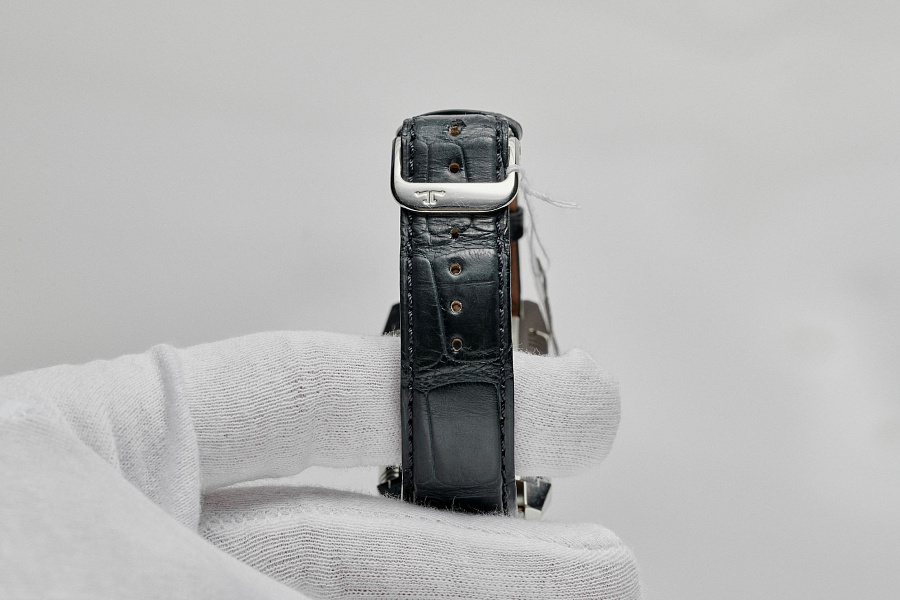 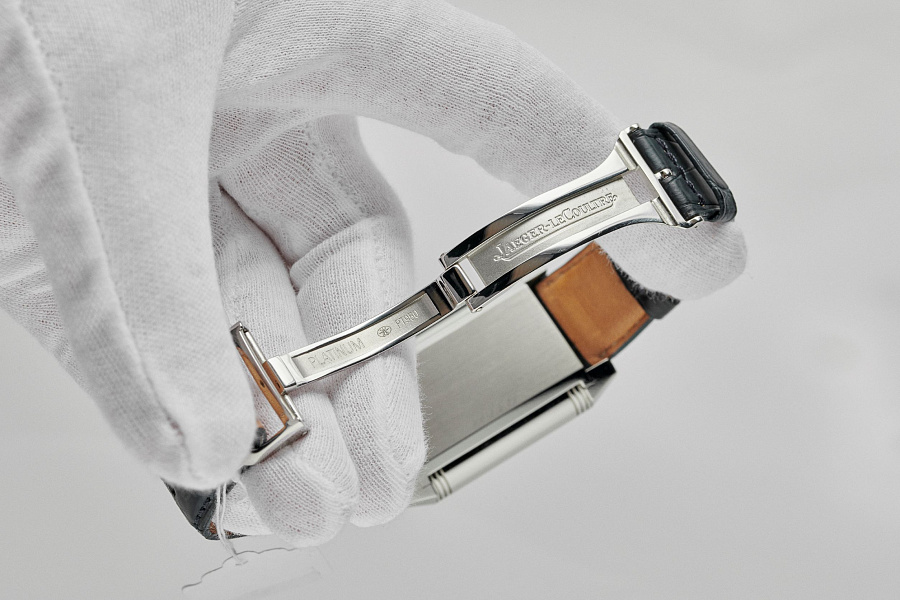 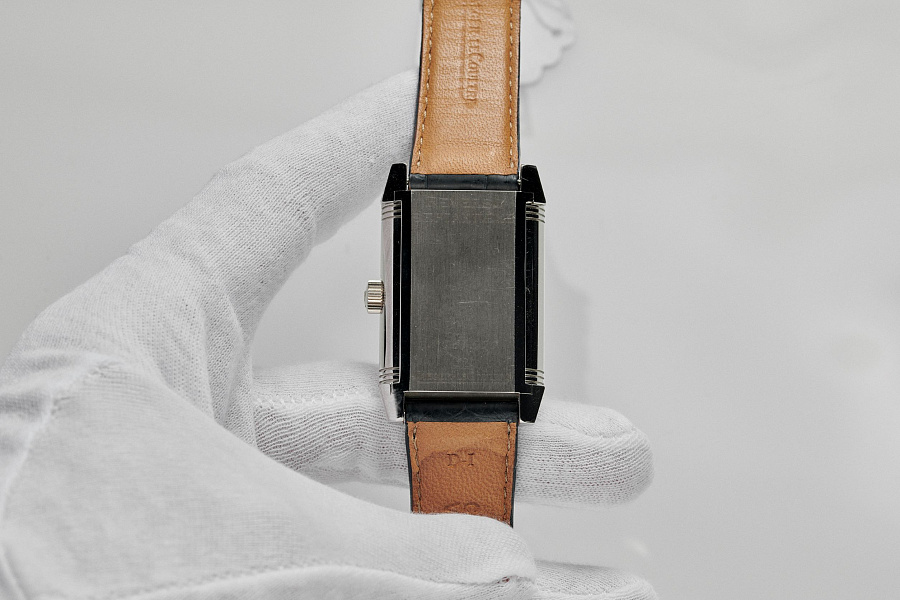 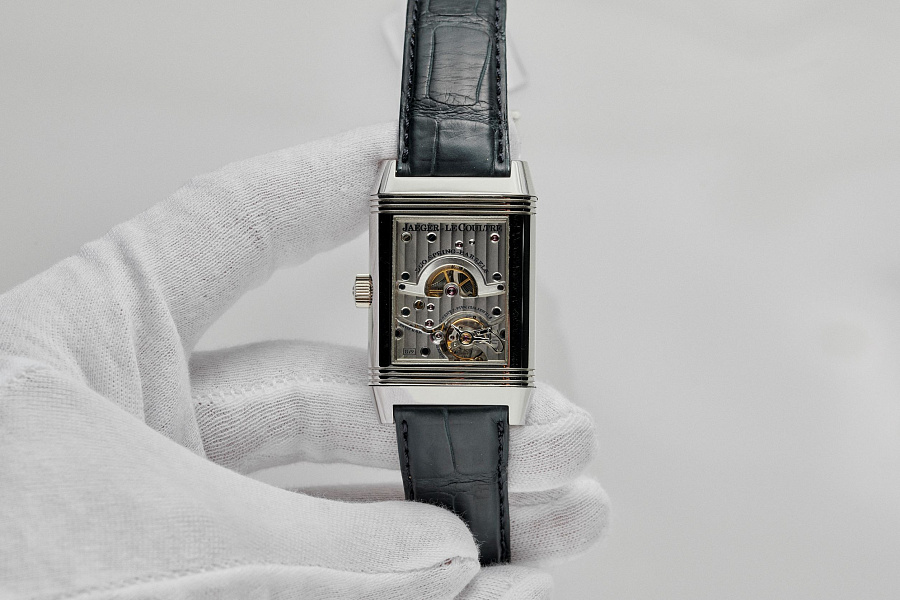 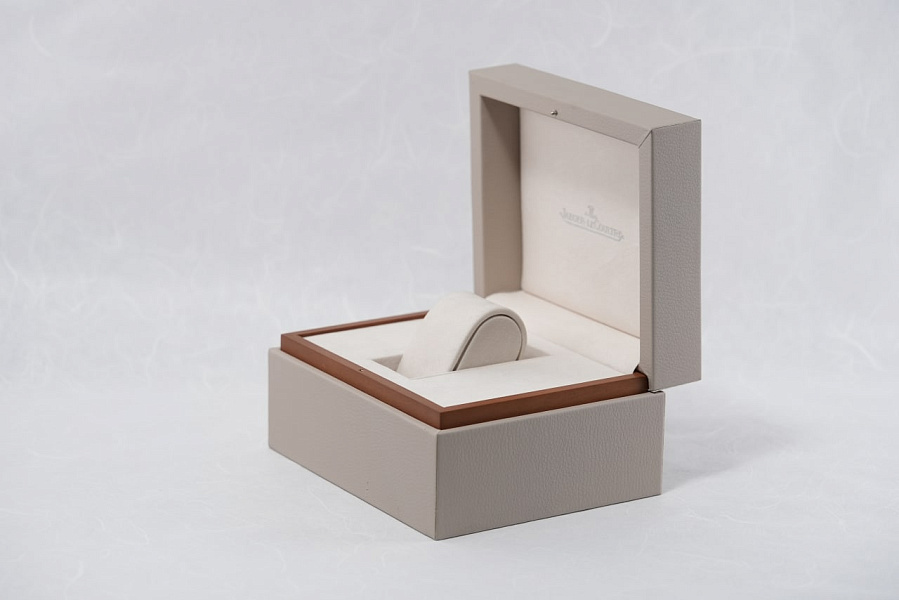 The Reverso Septantième, launched to commemorate the 70th anniversary of the Reverso watch creation, definitely belongs to the Reverso family with good collecting prospects. Two commemorative models were released, in platinum (like this example) and in rose gold, both limited editions of 500 pieces. Some observers have expressed doubt that all 1,000 pieces were made – analysis of the examples to have emerged on the market only partially supports this assumption: models in rose gold are found throughout the full range of limited-edition numbers, although the highest platinum model number that we were able to find is 333.

The platinum Reverso has always been an exclusive offering of the brand. Such watches have only been produced since the early 2000s, and the number of platinum references is extremely small. Almost all of them, apart from the first platinum release of the Reverso Platinum Number One in 2001, are equipped with complicated calibers, often offering a unique set of complications, such as the present reference.

The platinum Reverso has always been an exclusive offering of the brand. Such watches have only been produced since the early 2000s, and the number of platinum references is extremely small. Almost all of them are equipped with complicated calibers, often offering a unique set of complications, such as the present reference.

Caliber 879, used in two Reverso Septantième limited editions, was designed specifically for them and used exclusively in them. This does not mean that the development was considered unsuccessful. On the contrary, this caliber became the ancestor of a whole series of movements, some of which had reduced functionality, and some even more complex. The 879 caliber clones include the 873, 874, 875, 877, 878 and 897 calibers used in later Reverso releases with different sets of complications. Caliber 879 uses two barrels to power the movement for eight days. All of its complications speak to the practicality of this watch: it’s a convenient and legible big date indicator, a power reserve indicator indispensable for watches with manual winding, and also a useful day/night indicator. In principle, this is an excellent everyday watch. However, in our opinion, the collector’s value of this reference prevails due to the presence of a large 46.5 x 29 x 12mm platinum case, as well as a caliber with a mainplate and bridges made of white gold. This is a real rarity, certainly increasing the collector’s prospects of this reference.

Caliber 879 is finished in traditional Swiss style with hand finishing of all parts, including chamfering and polishing, and heat-blued screws. The mainplate and bridges are made of 18k white gold – something found extremely rarely in a watch – while the bridges are hand finished in a Côtes de Genève pattern and the mainplate features a perlage finish. On the whole, the mechanism, opened through the sapphire window of the caseback, leaves an extremely pleasant impression with a partially opened central wheel, engraved and black paint-filled inscriptions, and last but not least a swan-neck index regulator.

The Jaeger-LeCoultre Reverso Septantième Ref. 300.64.20 would be an attractive purchase for a collector, who will receive a beautiful, rare and complicated mechanical watch from a world-famous traditional watch brand, one of the undoubted leaders in the haute horlogerie watch market. The combination of the rare platinum reversible Reverso case of a recognisable and unique design, developed by the brand in 1931, and the exquisite caliber of the rarest 18k white gold execution with a fine traditional finish, undoubtedly adds to the appeal of this lot. The platinum case and double folding clasp significantly increase the perceived value of the watch, while the large size, 8-day caliber and useful complications make it an excellent daily companion flawlessly combined with formal wear.