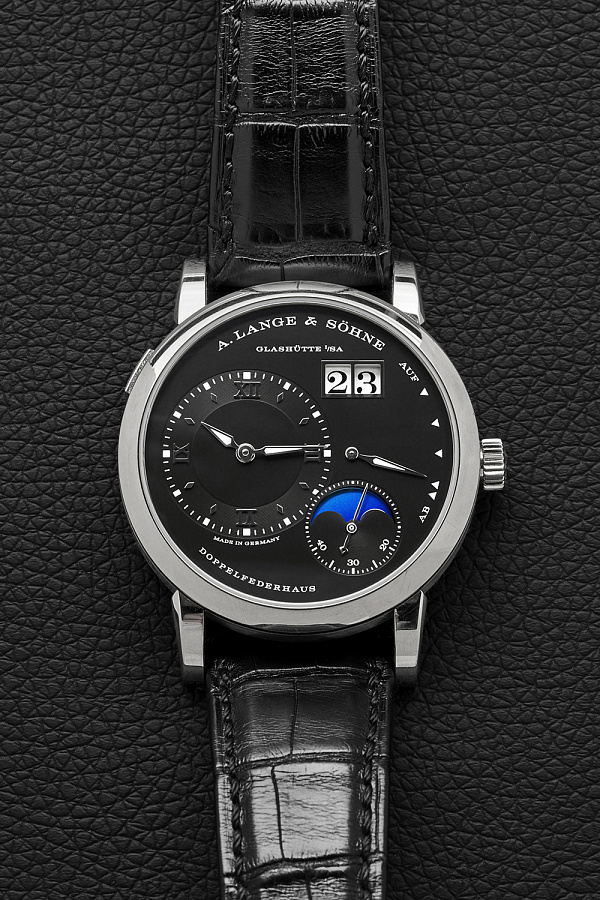 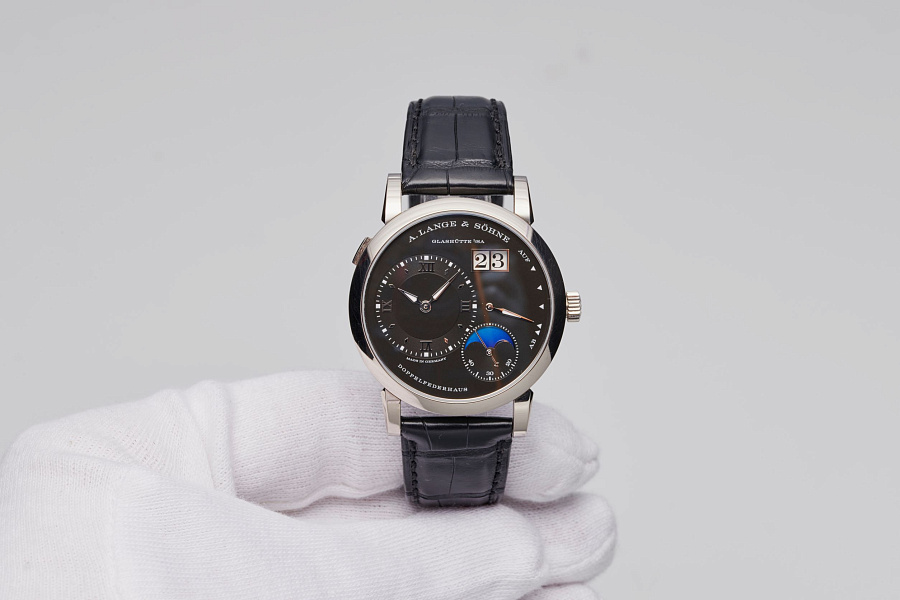 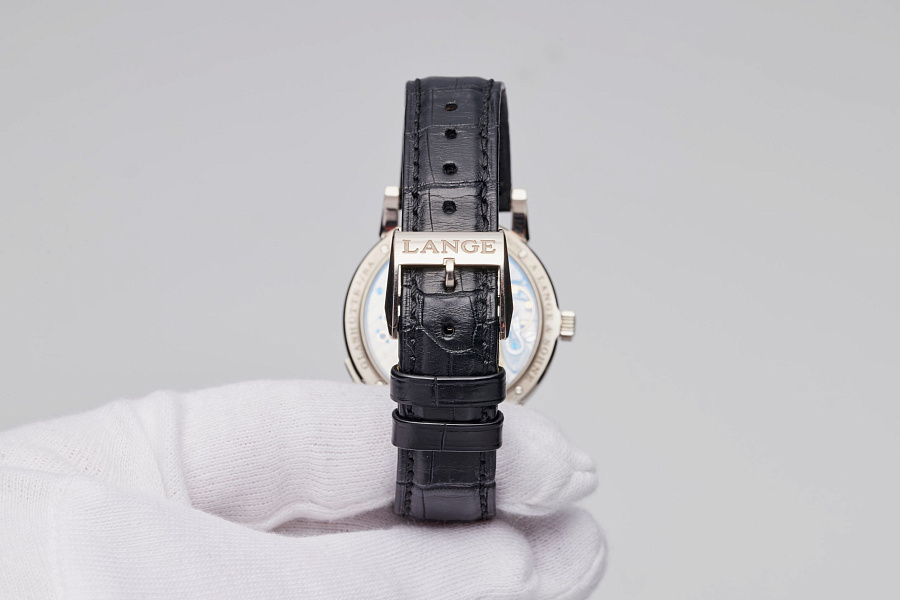 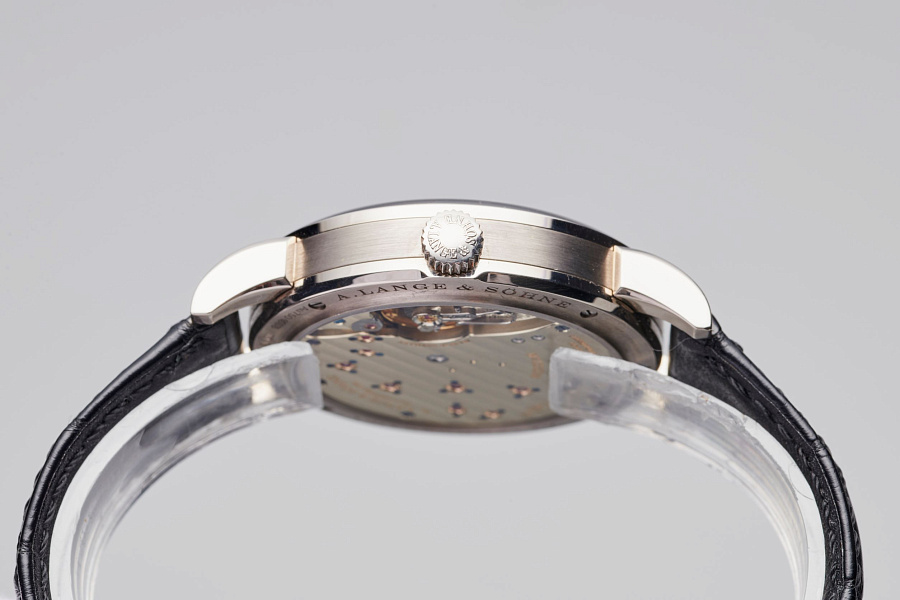 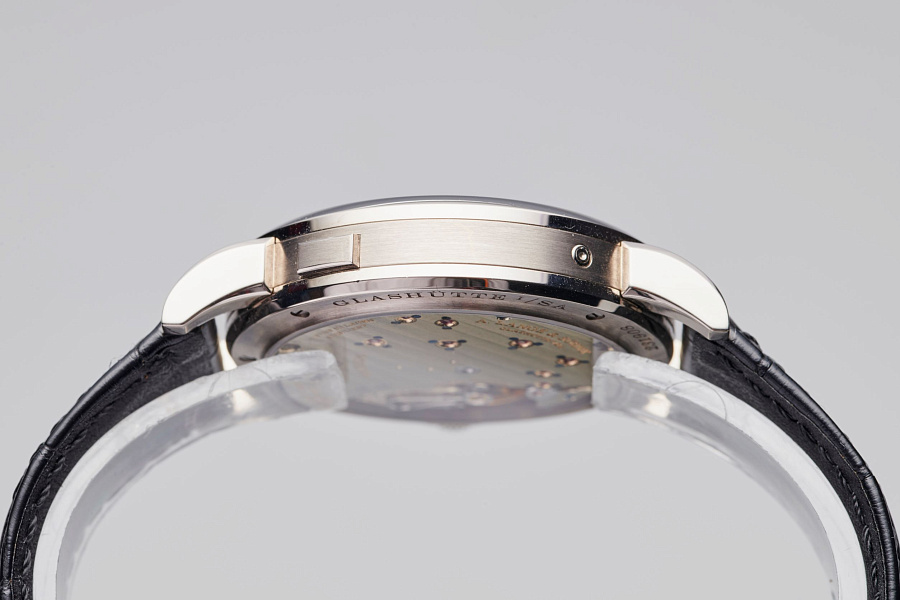 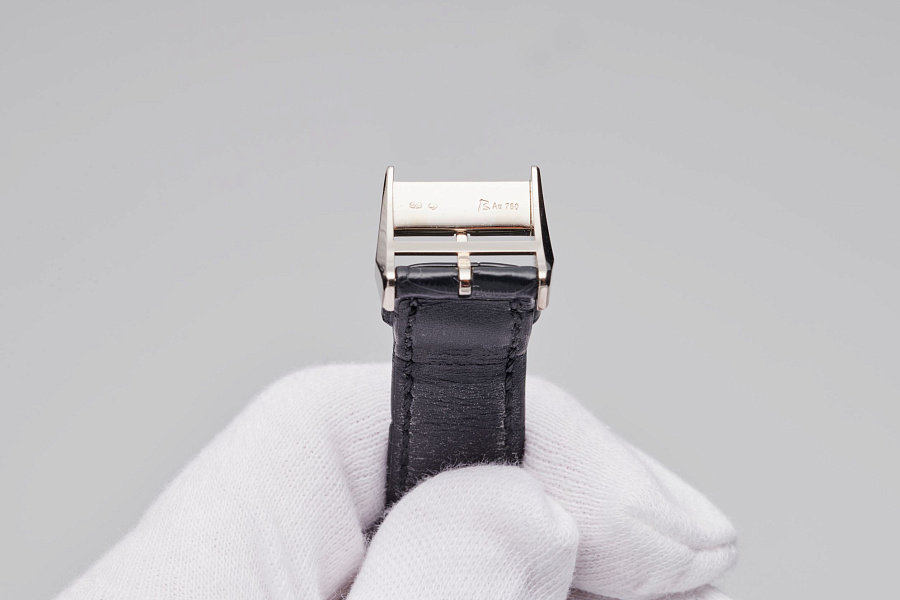 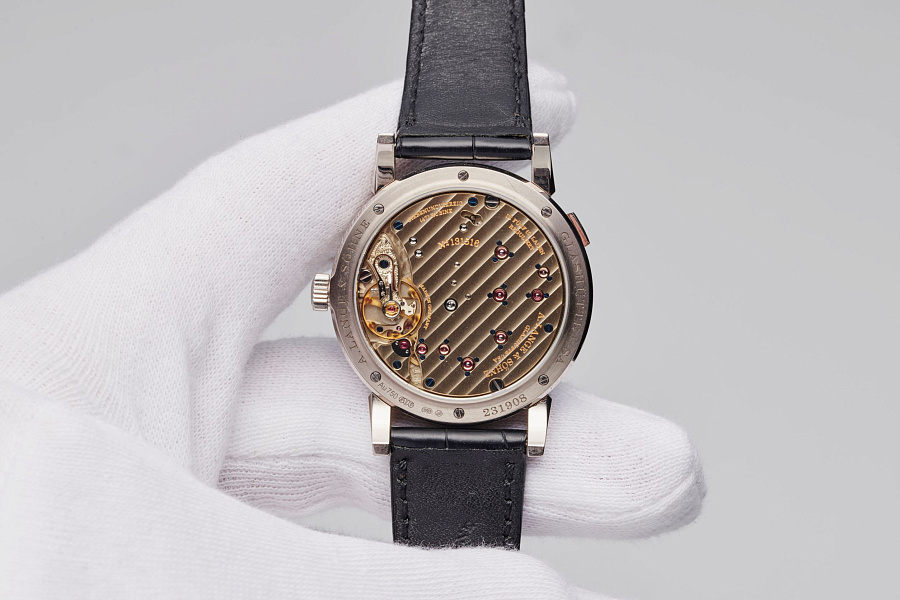 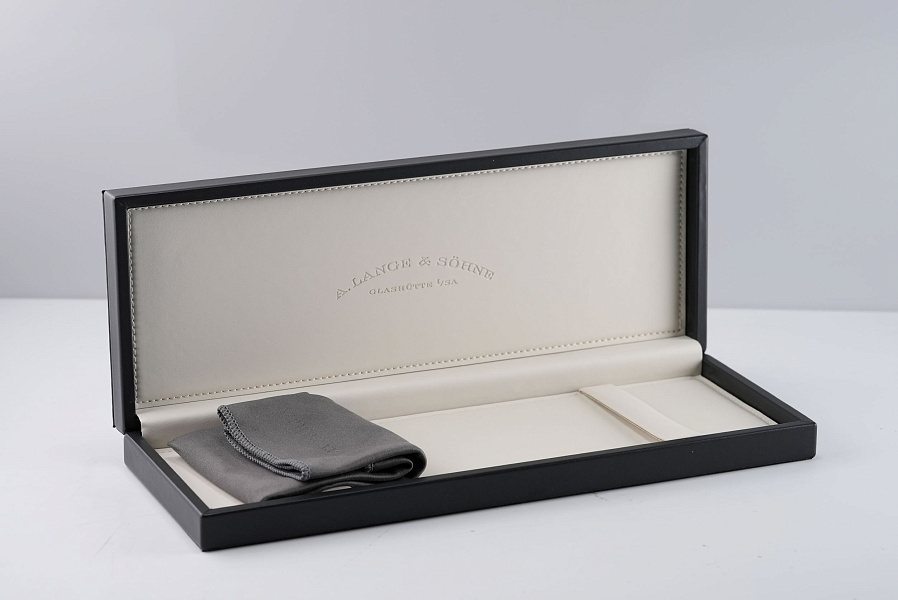 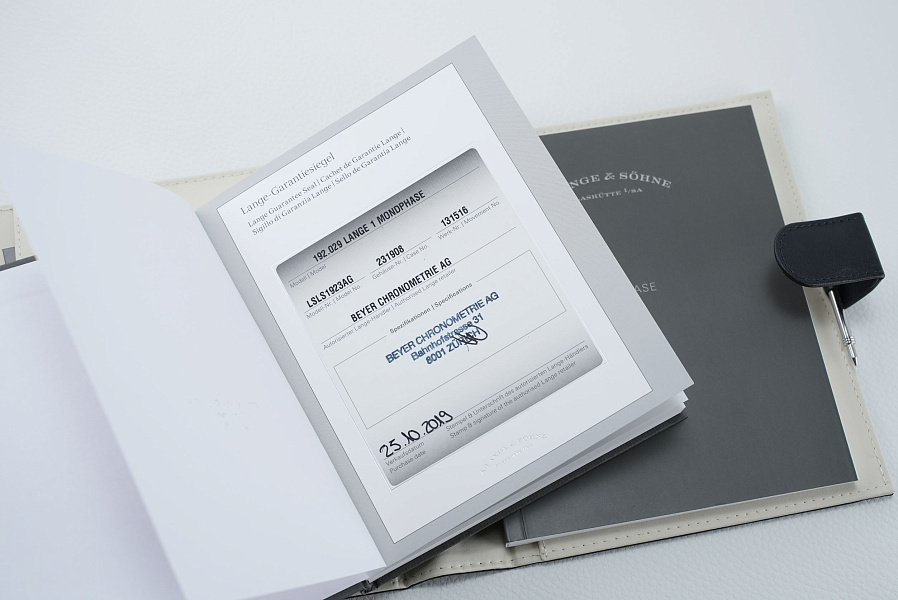 The second-generation Lange 1 Moon Phase Ref. 192 watches were introduced in December 2016 as a pre-premiere of the collection, which was planned to be presented in January 2017 at the SIHH salon in Geneva. Compared to the first-generation Lange 1 Moon Phase Ref. 109, produced since 2003, the new models received several technical improvements as well as a white gold case for the first time – in this reference in combination with a black dial. The main innovation was the L121.3 caliber, developed on the basis of the L121.1 caliber introduced in 2015 for the second generation of the base Lange 1 model. The L121.3 caliber inherited from the L121.1 a feature that was at the time new for the Lange 1 collection, namely the instant switching of the big date at midnight, as well as a smaller thickness. This made it possible for the thickness of the case to be reduced from 10.5 mm to 10.2 mm. In addition, the L121.3 caliber featured a new balance with adjustable eccentrics, while its moonphase indicator obtained an additional day/night complication acting through the change of the background colour of the lunar disk – it is bright blue during the day, while at night it is dark blue representing a night sky studded with 383 miniscule stars.

The combination of rare design features, including the spectacular asymmetric arrangement of the Lange 1 dial in a rare black execution, along with the big date indicator, typical for Lange watches of the modern era, and integrated moonphase and day/night display, make the present lot highly desirable.

The caliber L121.3 of the present reference, hand-wound, with a double-barrel and 72-hour power reserve, is a modified and complicated version of the L121.1, which was developed as a base caliber for the second-generation Lange 1 collection in 2015. One of the advantages of this caliber, which remains true for all other Lange movements, is its branded design and meticulous artisanal finish, which make it easy to distinguish any A. Lange & Söhne watch from competing high-end Swiss-made watches. In the case of the L121.3 this includes the signature three-quarter plate architecture, with the mainplate and bridges made from nickel silver without plating, and eight screwed gold chatons, considered one of the most visible and valued hallmarks of Lange’s watchmaking artistry. Meticulous finishing, with Glashütte stripes, blued screws, polished bevels, a swan neck micrometer regulator, and engraved and gilded inscriptions, makes the movement incredibly eye-catching, while the traditional hand-engraved balance cock makes this watch feel like one of a kind.

The present example is the first Lange 1 Moon Phase watch with a white gold case and black dial, and one of three early references introduced by the brand in December 2016, with an integrated moonphase and day/night indicator, new for the collection. All these properties give this watch a unique character, essential for both a collector’s item and everyday watch. Therefore, the Lange 1 Moon Phase Ref. 192.029 should be regarded as an excellent purchase for the collector who desires an outstanding, rare and attractive astronomical wristwatch from a world-famous traditional watch brand, the undisputed market leader in German high watchmaking. The combination of rare design features, including the spectacular asymmetric arrangement of the Lange 1 dial in a rare black execution, along with the big date indicator, typical for Lange watches of the modern era, and integrated moonphase and day/night display, make the present lot highly desirable. The exquisite finishing of the movement’s parts and its typical Lange appearance will impress the heart of any connoisseur, and A. Lange & Söhne’s reputation in these aspects should be recognised as impeccable.