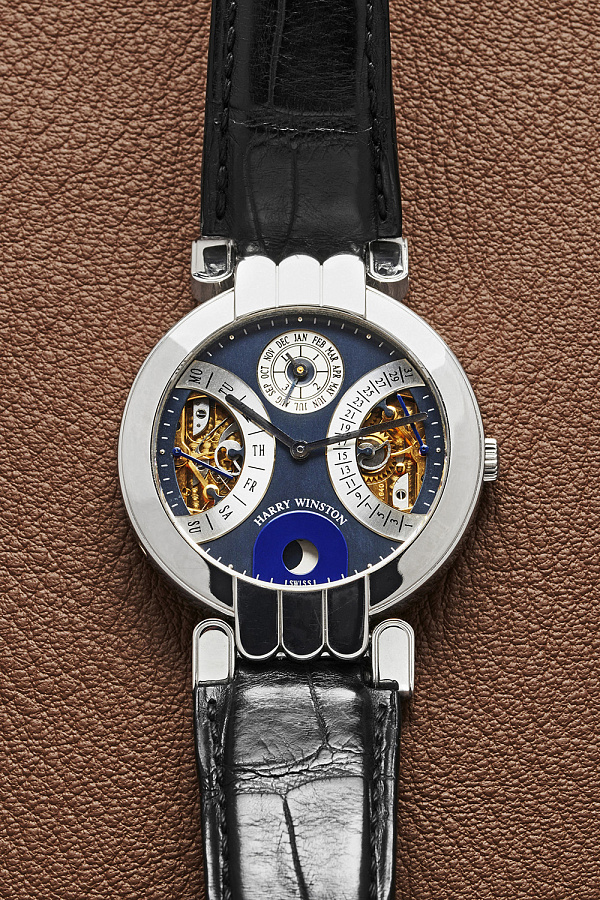 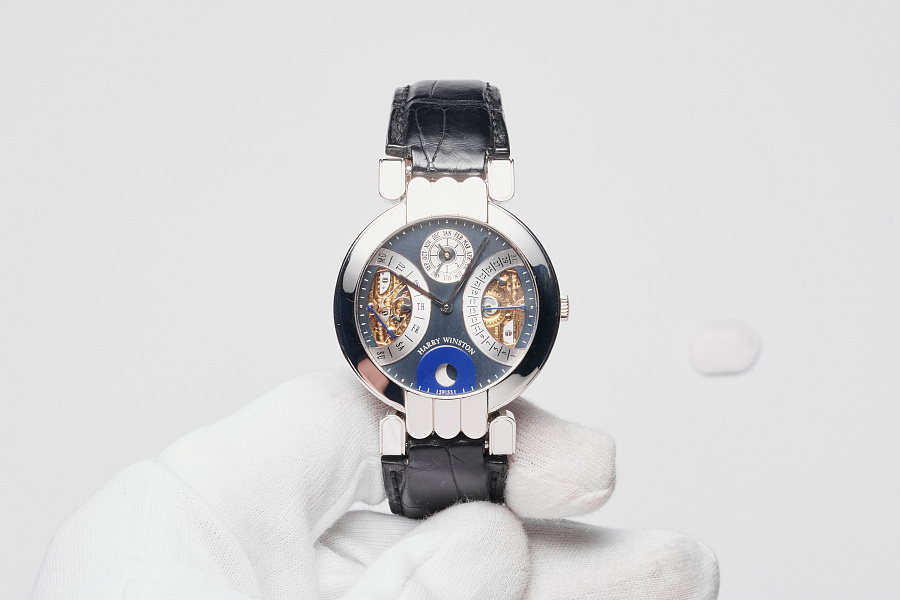 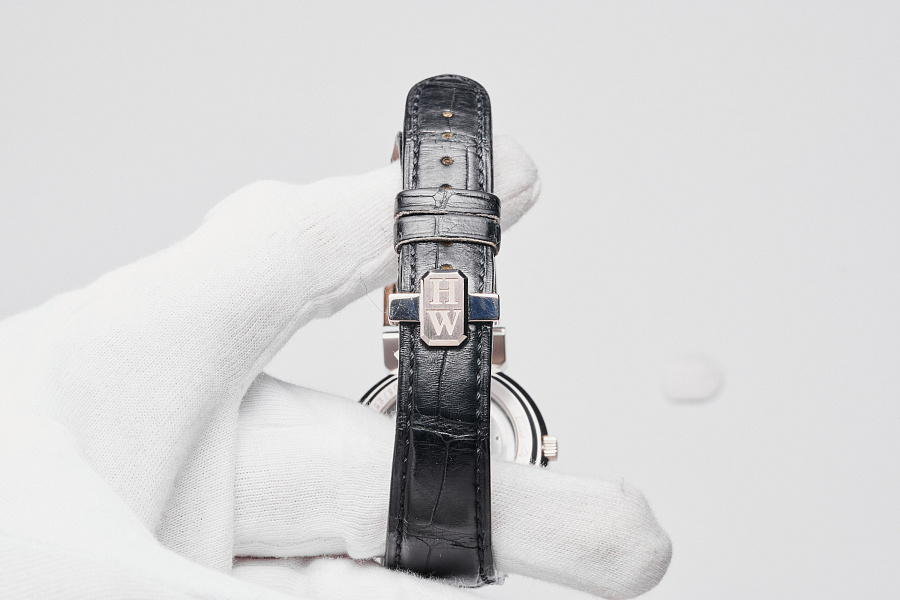 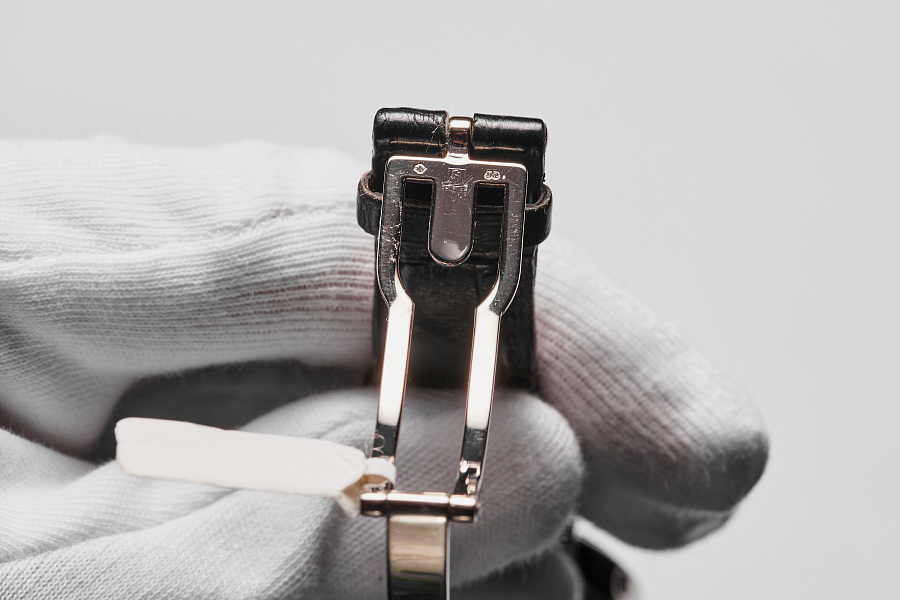 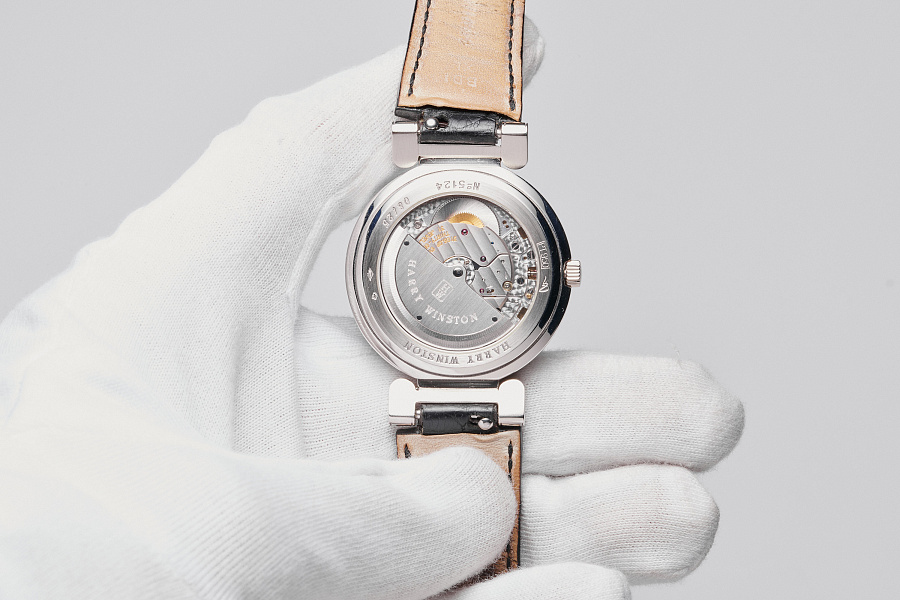 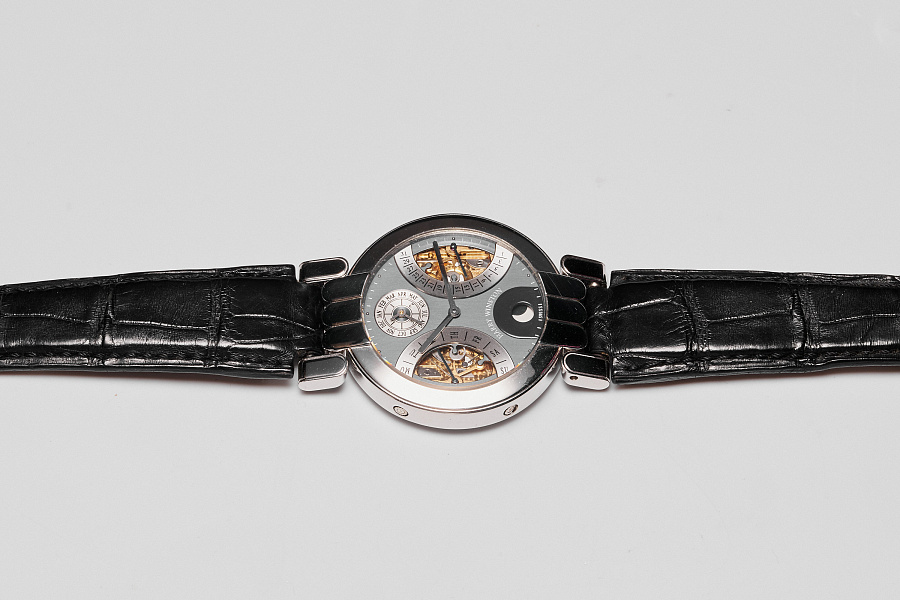 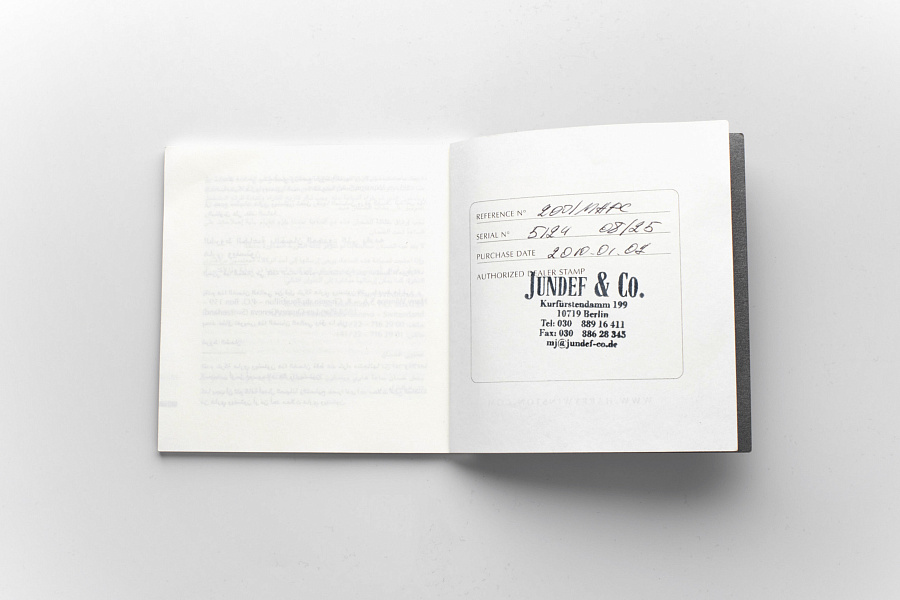 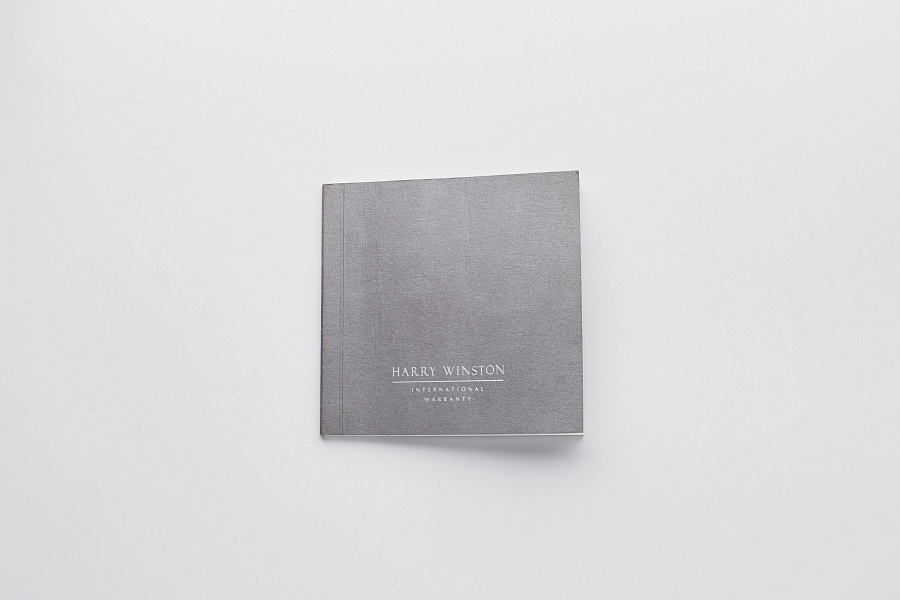 This watch is undoubtedly a monument of the early days of the Harry Winston ‘Rare Timepieces’ watch division. In search of its own design code, the brand turned its attention to an unusual development undertaken by two Genevan watchmakers – Jean-Marc Wiederrecht, later the founder of the Agenhor complications atelier in Geneva (1996), and Roger Dubuis, later the co-founder of his eponymous watch brand (1995). That development was a high-end perpetual calendar module with two retrograde date and day indicators – the world’s first perpetual calendar of its kind. The module made it possible to produce watches with a unique and memorable design. In addition, its speciality was that both retrograde indicators, despite their different functions, were made using standardized parts, which certainly facilitated production. Based on this development, in 1995 Harry Winston introduced the Perpetual Biretrograde Calendar (later renamed the Premier Excenter Perpetual Calendar) watch line, available in various versions.

The watch was equipped with a retrograde module developed by Wiederrecht and Dubuis, however, two self-winding base calibers were used – the GP3100 (Girard-Perregaux, as in the present example), or the Frédéric Piguet 71. If we consider the material of the case, then there were two main options – platinum 950 (as the present example), or 18k yellow gold. In terms of dial design, there were also two main options – a solid dial or a partially skeletonized dial, where the central parts of the retrograde date and day displays were hollowed out, leaving the retrograde mechanisms exposed. The brand also offered other versions of the dial design, including variations in the markings of chapter ring. The earliest, first-generation examples are unusual – there was no brand logo on their dials, and the combined month and leap year indicator has a U-shape, while the leap year cycle indicator is made in a window with the year designation in one, two, three or four lines (in the latter case it displays a leap year).

Harry Winston watches with a perpetual biretrograde calendar are perceived as a monument to the era of both the public’s and connoisseurs’ rapid growth in interest in exquisite complicated mechanical watches – an era which began in the mid-1990s. The production of the present design was discontinued in 2010 with the introduction of a newer asymmetric dial arrangement and additional GMT function. Undoubtedly a collector’s item, Harry Winston’s perpetual biretrograde calendars surface on the preowned watches market from time to time. However, in our opinion, they remain greatly underestimated and, due to their interesting history, noticeable design and excellent technical execution, have strong potential for growth.

The present example belongs to the second generation of Harry Winston’s perpetual biretrograde calendars, using the classic design of the month and leap cycle indicators on one sub-dial at 12 o’clock with two hands. It uses the slim self-winding Girard-Perregaux GP3100 base caliber.

The Harry Winston Premier Excenter Perpetual Calendar Limited Edition would appear to be an excellent purchase, a real must-have for the collector who desires an extremely rare, fine, and important limited-edition complicated wristwatch from a world-famous brand, one of the important newcomers to the haute horlogerie watch market. The combination of impeccable technical workmanship, unusual biretrograde complication, exquisite artisanal finishing of the movement, and its uncommon and recognizable design, adds to the appeal of this lot.