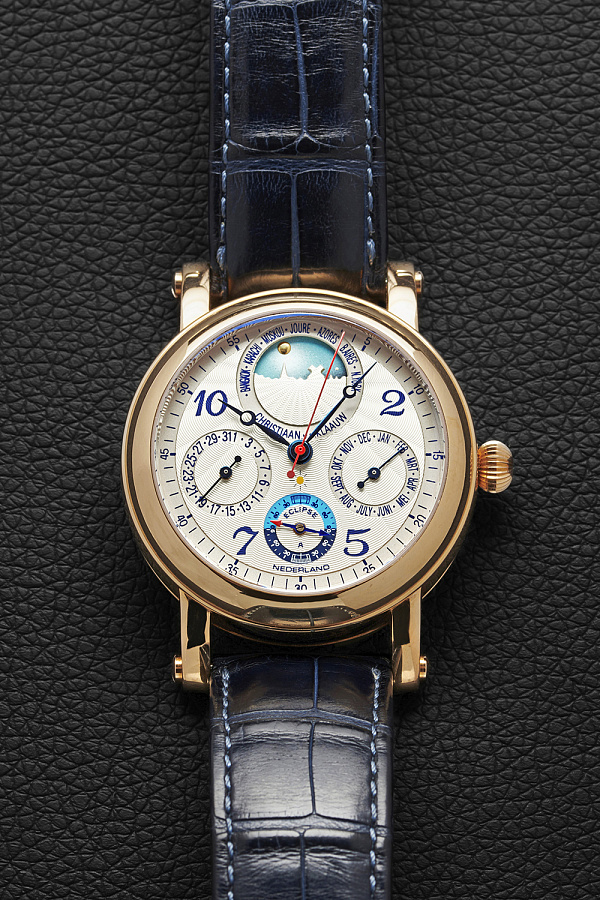 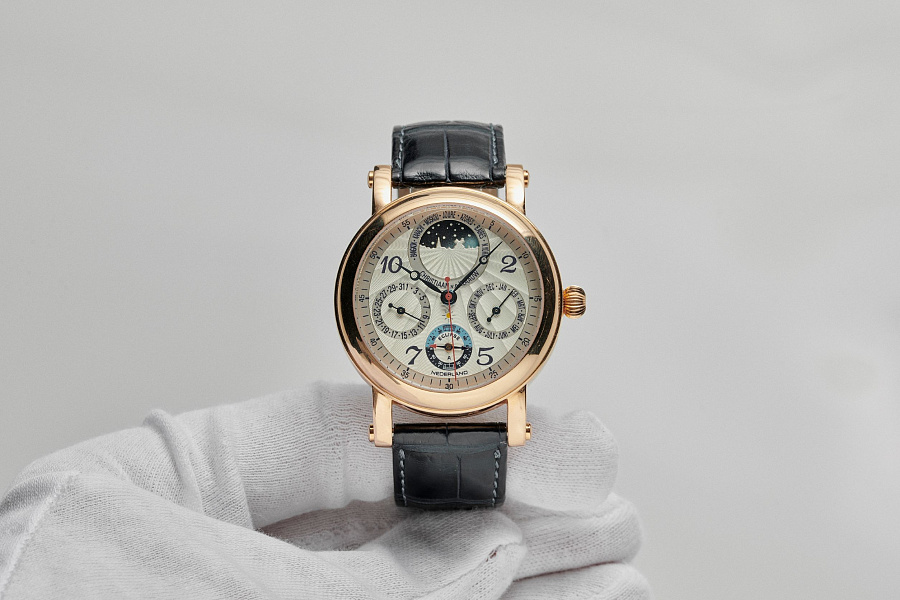 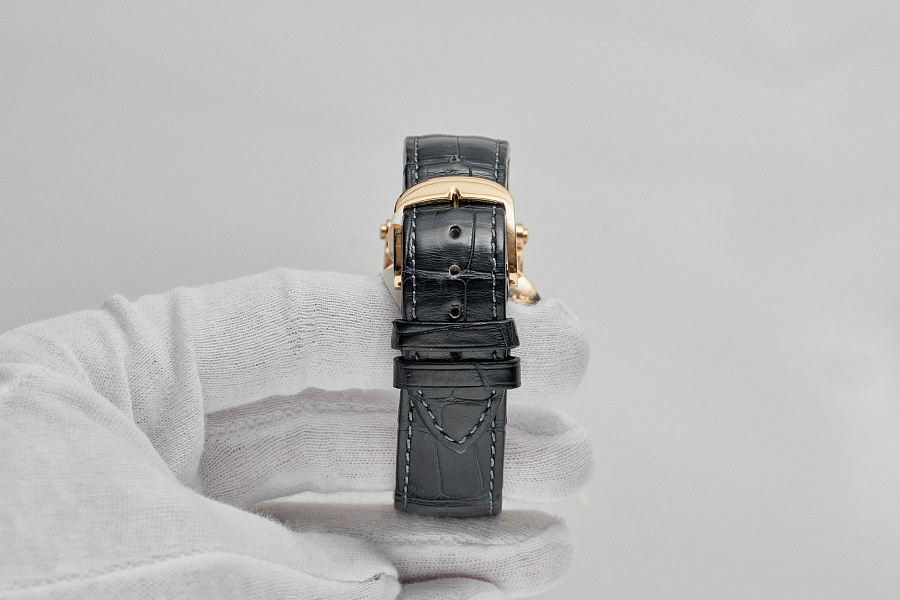 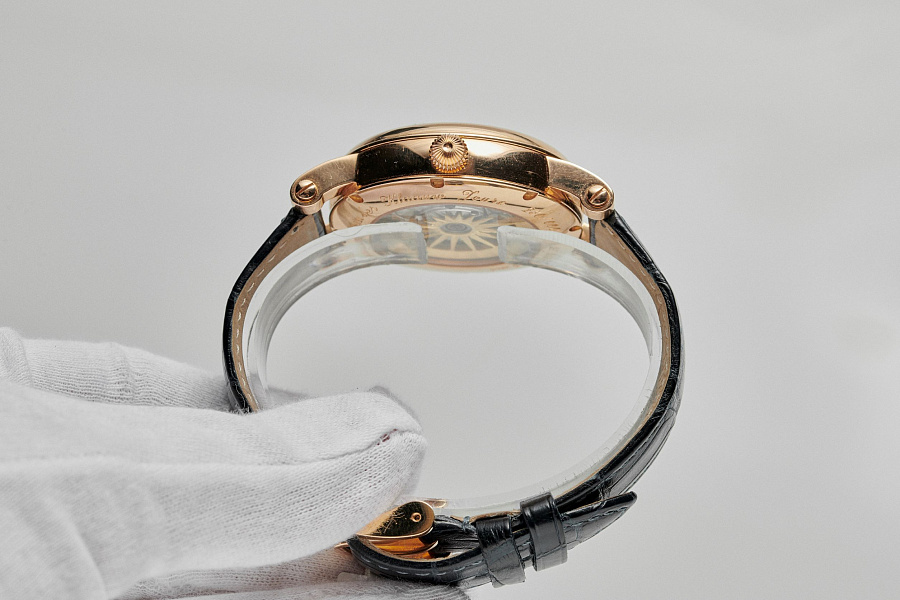 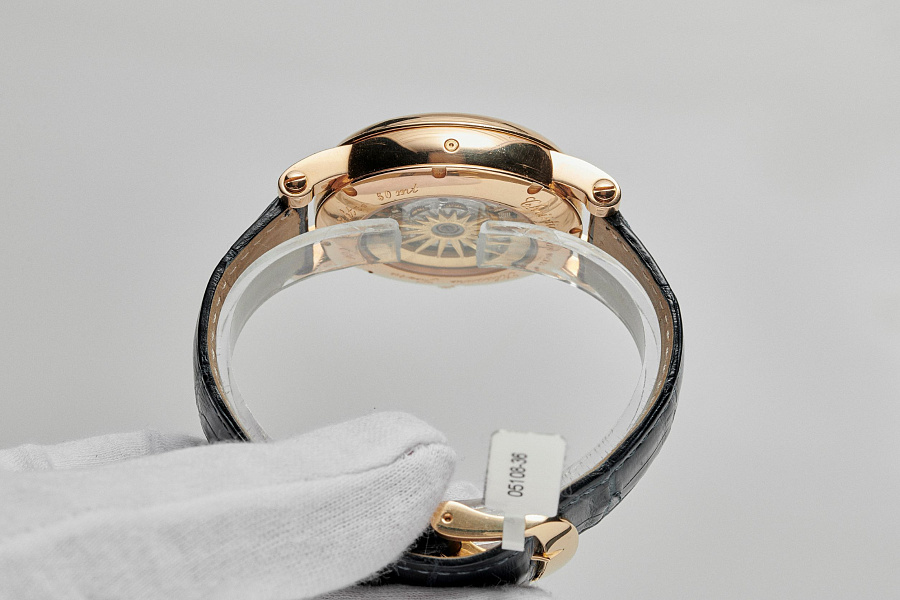 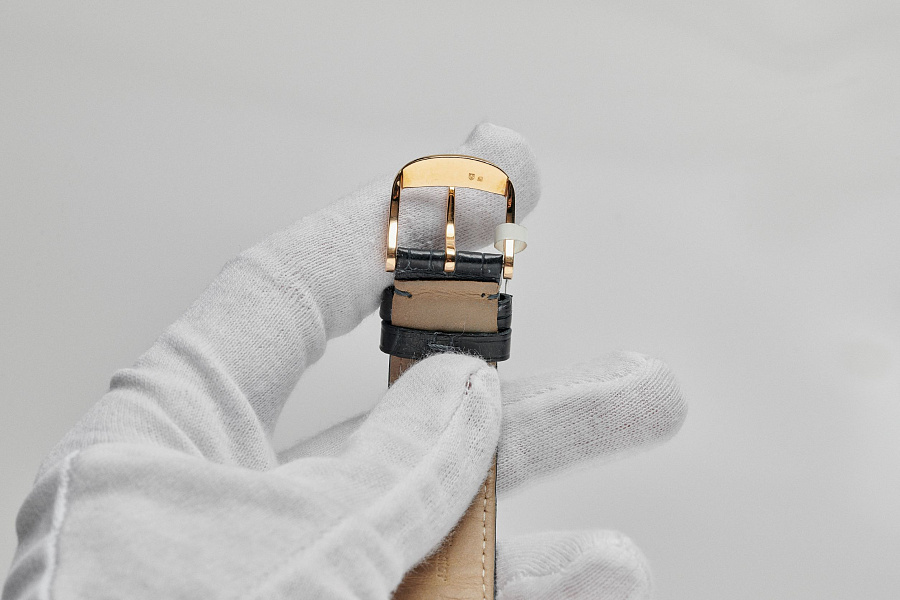 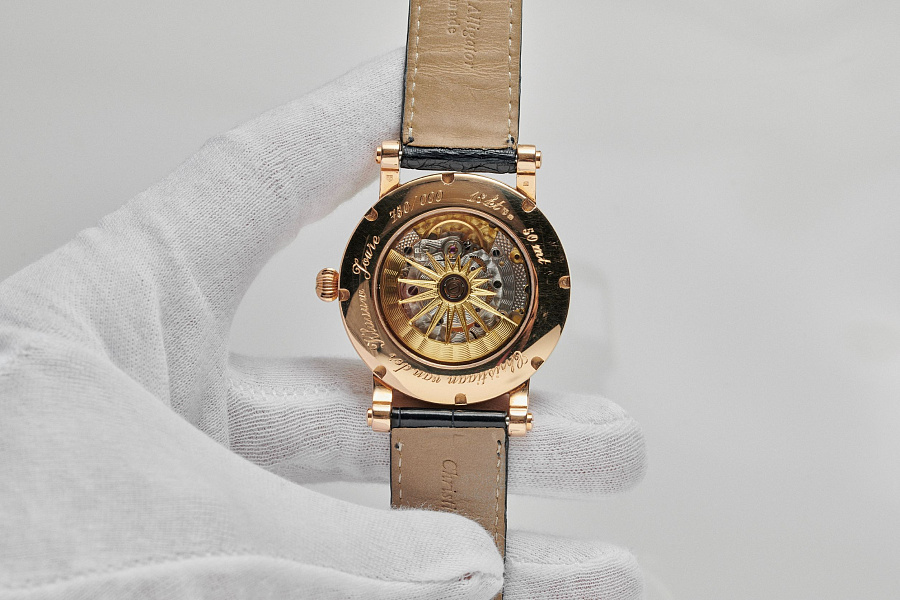 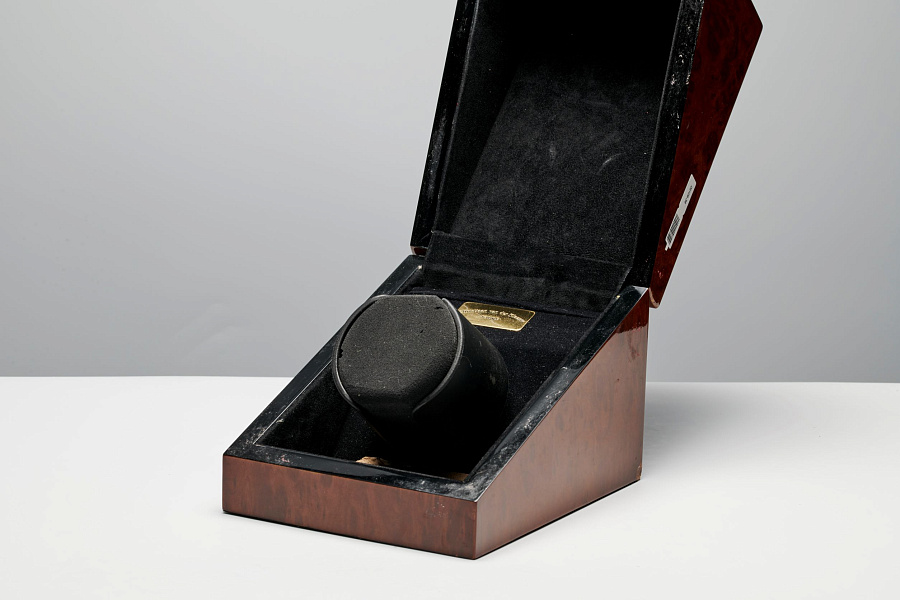 Christiaan van der Klaauw is a notable and important watchmaker, one of the most prolific and inventive masters of astronomical watches. He is widely known for his unusual complicated models, including this model and the Planetarium wristwatch, which he first introduced in 1992. All Christiaan van der Klaauw watches are produced in small editions and are made by hand.

For his complicated watches Christiaan van der Klaauw uses different base calibers. In particular, for the present watch he used the basic self-winding Eta 2824-2 caliber, fitted with a complication module produced in his workshop. The base movement was fine-tuned by hand with a guilloché decor rarely used in such a manner, and a skeletonized rotor depicting the Sun was also made especially for this model. That is one reason why Christiaan van der Klaauw’s astronomical watches are strikingly different from the products of the few other brands implementing similar complications, and obviously they are primarily intended for collectors.

The present example is one of the most complex developments of Christiaan van der Klaauw, in which the indication of the passage of the Sun and Moon across the sky is accompanied by an indicator of the probability of an eclipse, both lunar and solar.

The present example is one of the most complex developments of Christiaan van der Klaauw, in which the indication of the passage of the Sun and Moon across the sky is accompanied by an indicator of the probability of an eclipse, both lunar and solar. Such functions are extremely rare in modern watches, the most famous being the astronomical series ‘The Trilogy of Time’ by the Swiss brand Ulysse Nardin. However, Christiaan van der Klaauw uses his own design and mechanism of his own development and manufacture, which undoubtedly increases the attractiveness of this lot.

Also of note is the unusual rotor design of this example. The rare models of the Joure Eclipse that pop up on the secondary market have a rotor of a different design, also skeletonized and decorated with guilloché, but made in the form of a coat of arms with baroque decoration with curls and leaves. The absence of a serial number on the back cover of this watch, which is usually present in other examples, suggests that this is a unique pre-production prototype or a special copy made to order. However, this assumption, though quite logical, needs to be verified.

The unique character of the Christiaan van der Klaauw Joure Eclipse watch is created with an obvious degree of manual work, which is usually not desired by big brands seeking to limit production costs. The extensive use of guilloché decor in the finishing of the dial and caliber lends a special charm to the watch – Christiaan van der Klaauw belongs to a small circle of modern watchmakers to apply this décor regularly. However, the main attraction is the unprecedented set of astronomical complications present in this model. Therefore, the Christiaan van der Klaauw Joure Eclipse watch would definitely be an excellent purchase for the collector who desires a rare and probably unique complicated wristwatch, a notable and important piece of history of modern haute horlogerie, capable of not only showing the passage of the Sun and Moon across the sky, but also of predicting eclipses.