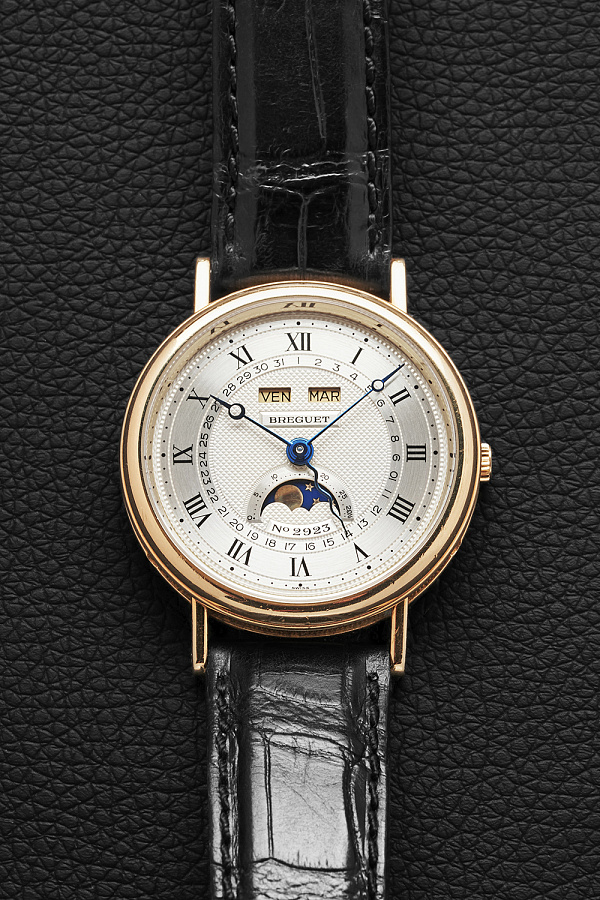 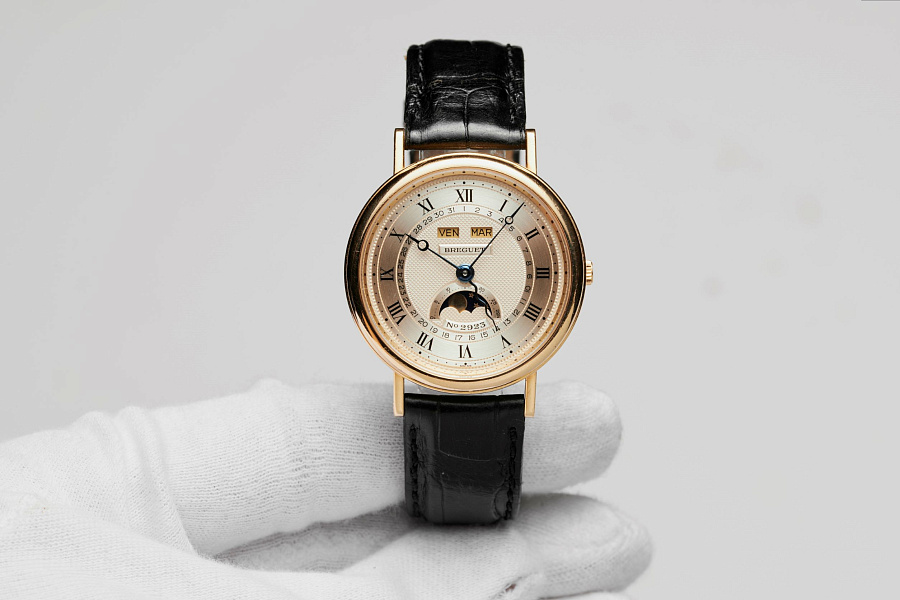 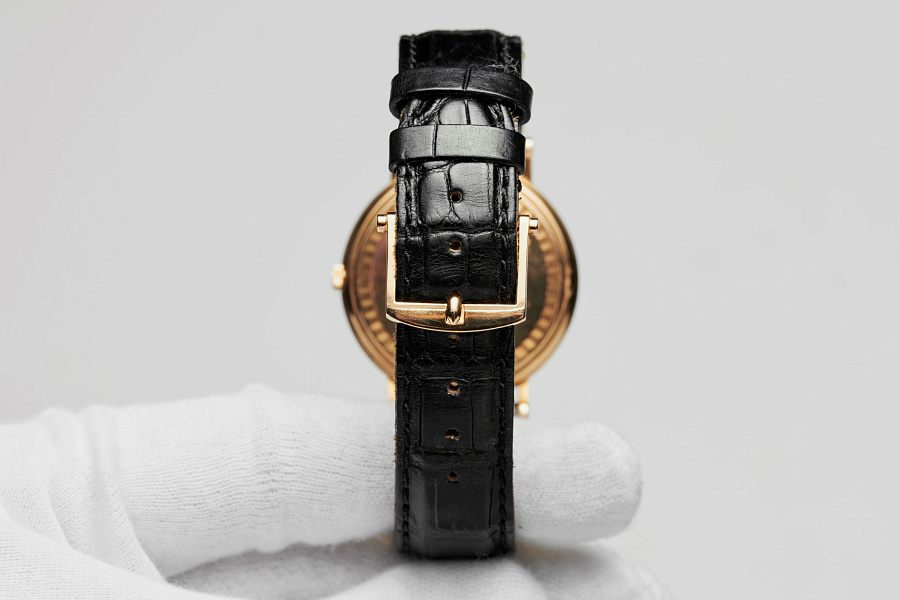 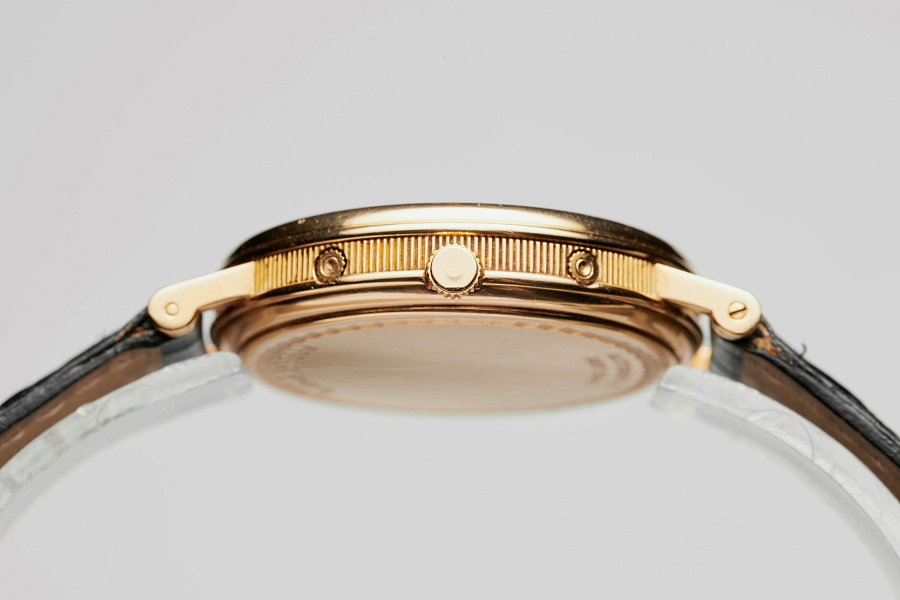 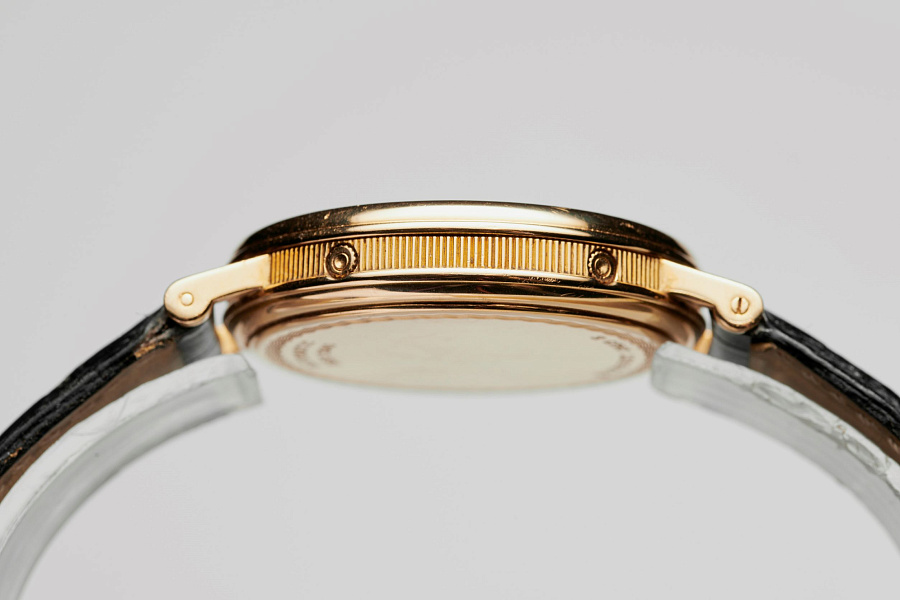 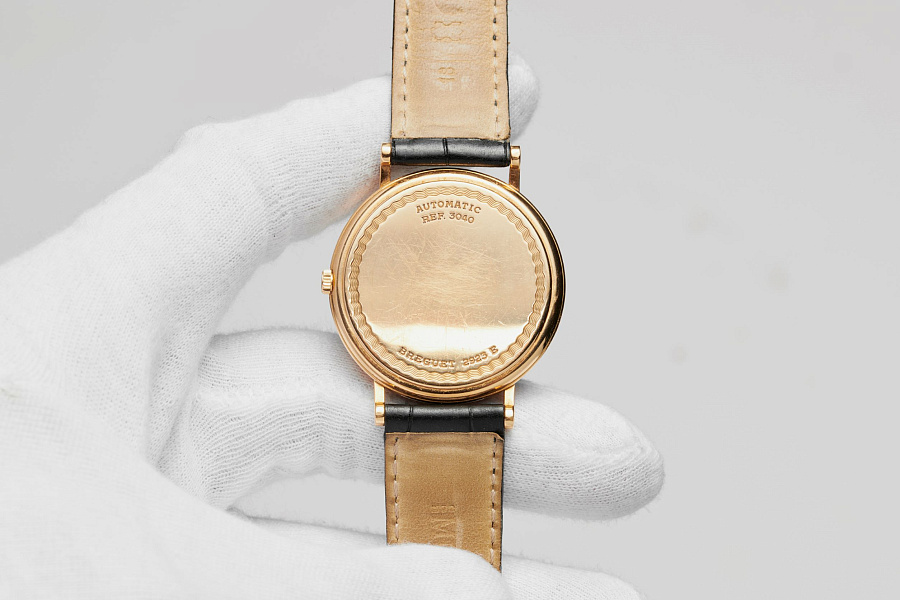 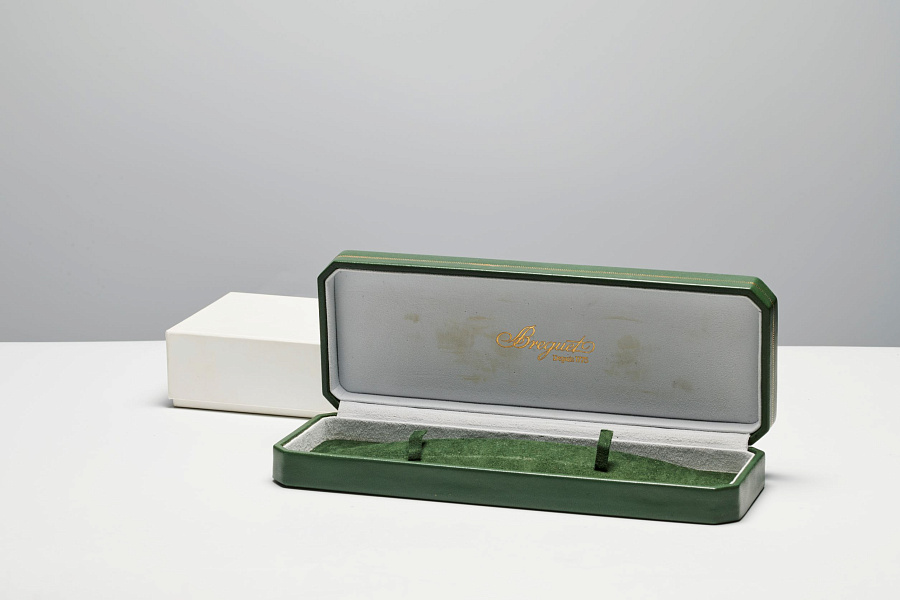 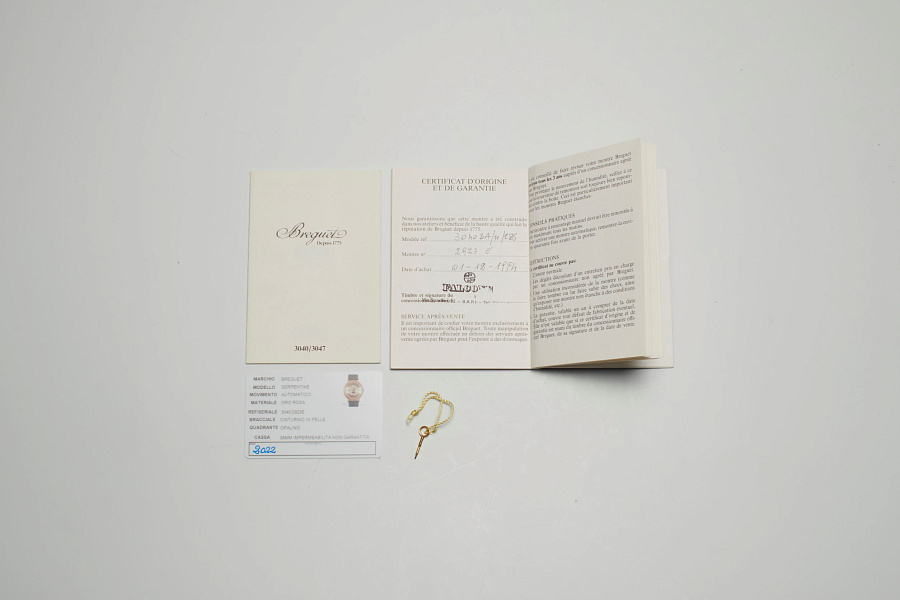 The Breguet Serpentine Ref. 3040 is one of the earliest references of the brand, relaunched in the 1970s after the company had been taken over by the Chaumet brothers. The range of calibers and style of the early Breguet collection were developed with the active participation of Daniel Roth, who after 1989 became an independent watchmaker and founder of his own brand. Reference 3040 occupied an intermediate position in the collection of the early period – it was no longer a simple classic watch, but also not as complicated as a chronograph, perpetual calendar, tourbillon or minute repeater. Therefore, 3040 models did not cause a rush of demand among customers, and besides, they were less popular than other, more charismatic models, such as the 3130/3137 and 3330/3337 – references which also came with a calendar and moonphase indicator. This was a definite problem for the brand in the era in question, proving to be an advantage for the modern collector looking for rare references. Indeed, reference 3040 should be recognised as very rare, popping up at auctions in the early 2000s but at present almost having disappeared from the radar, making hunting for it all the more attractive.

This situation, of course, gives rise to problems, in particular the lack of information about this reference. Most likely, the production period started in the late 1980s (known examples with small case numbers without the series letter) and continued until 1994 (case number of the E series, like the present example). It is known that reference 3040 was offered in four main versions: in yellow or white gold, with a guilloche dial – as in this lot – or with a white enamel dial (in the latter version, there are no day of the week or month indicators on the dial). The Caliber 502 QS of Ref. 3040 is an adapted version of the Frédéric Piguet 71, an ultra-thin self-winding movement originally known as caliber 70, developed in 1967. Incidentally, this is the same year that Jaeger-LeCoultre launched the famous caliber 920, also ultra-thin, a direct competitor to the 70 caliber and only 0.05 mm thinner than it. Breguet’s caliber 502 and its clones are still used by the brand to this day, although in a significantly modified form, including the presence of silicon components. This somewhat reduces the collector’s interest, and accordingly raises the stakes of earlier versions, made exclusively using traditional technologies – which applies to this lot.

The undoubted advantage of the 3040 is its rarity, especially given the fact that the present example is one of the last 3040s produced by the brand to feature a rare variation of the ‘wavy’ caseback.

Despite the apparently small production digits, reference 3040 includes a number of varieties. First of all, we should mention the late and incredibly rare Breguet 3047 from the late 1990s, which, judging by the brand’s strategy, should differ from the previous 3040 by the presence of an exhibition caseback and a highly decorated movement. Due to its rarity, we were unable to find publicly available images to confirm or refute this assumption, which nevertheless seems to be quite logical. We also found other varieties, including two main types of crown – ‘flat’ (without a logo, which is typical for the period), or with a sapphire cabochon; and two types of caseback – ‘flat’ with an engraved logo and case number, and ‘wavy’, like in the present example, with an annular guilloché wavy motif and engraved with the reference, logo, case number and inscription “Automatic”. The ‘wavy’ caseback is extremely rare, which naturally increases the attractiveness of this lot.

The present Serpentine Ref. 3040BA/11/286 is undoubtedly one of the finest collectible Breguet calendar watches from the period associated with the brand’s relaunch. Overall, reference 3040 is perceived as a well-balanced, classical triple calendar moonphase wristwatch with a brand-specific Empire-style gold case that complements the serene guilloché dial of the highest level of execution. These ensure the watch has a very high degree of perceived value. This watch is certainly one of the most desirable acquisitions for a discerning collector and connoisseur.

The present watch is undoubtedly recognisable as a classical and traditional Breguet calendar wristwatch, with three superbly crafted components typical for Breguet watchmaking: the Empire case, gold and silvered guilloché dial, and superb ultra-thin calendar caliber. That’s why we definitely perceive the present lot as a high classic of the genre. The undoubted advantage of the 3040 is its rarity, especially given the fact that the present example is one of the last 3040s produced by the brand to feature a rare variation of the ‘wavy’ caseback. Therefore, the Breguet Serpentine Ref. 3040BA/11/286 would appear to be a fine purchase for the collector looking for an exquisite ultra-thin calendar wristwatch of a legendary classic design from a world-famous watch brand, one of the market leaders in haute horlogerie and complicated timepieces.