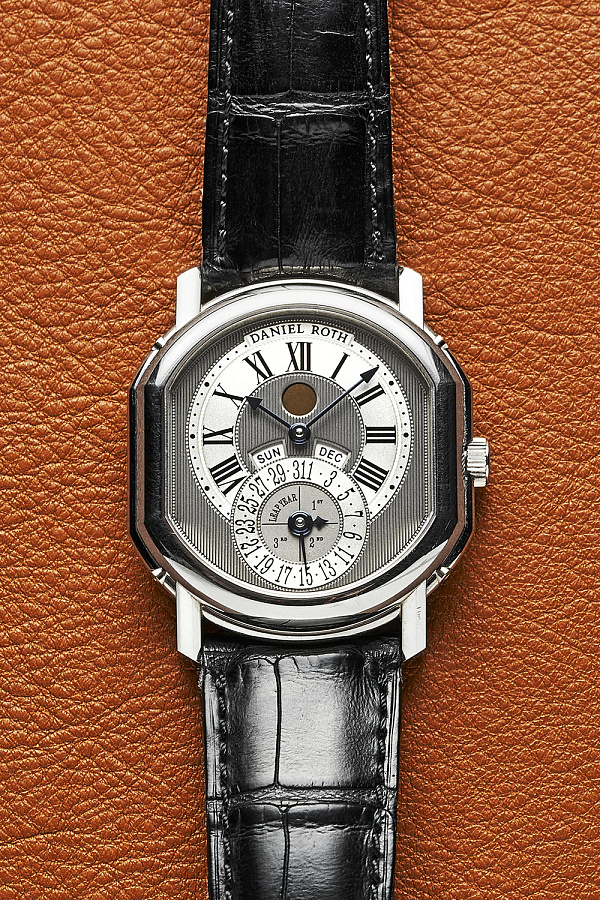 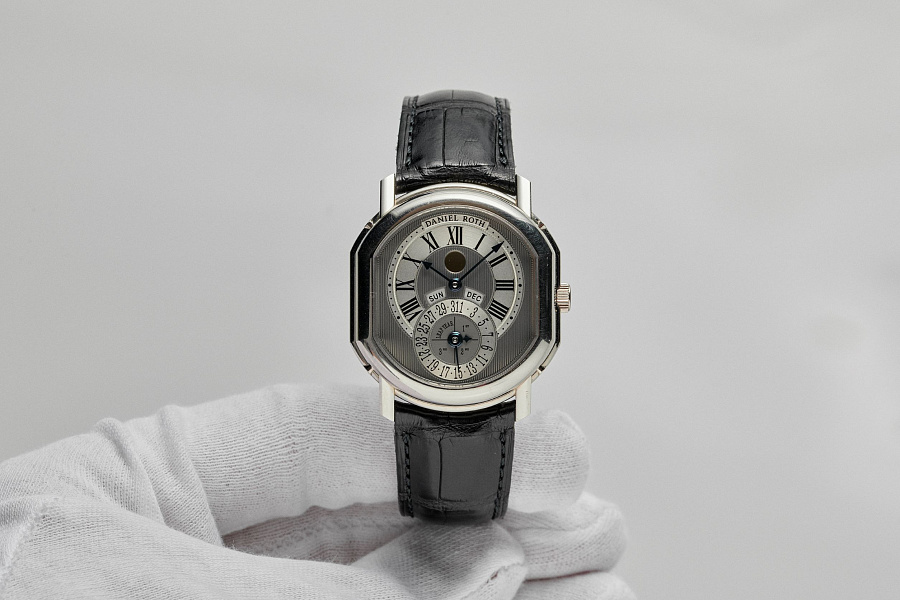 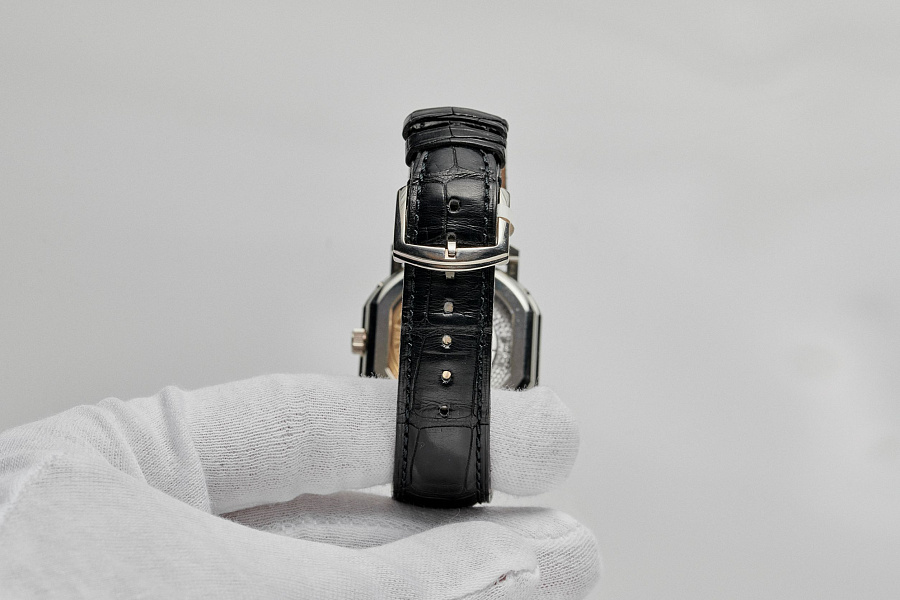 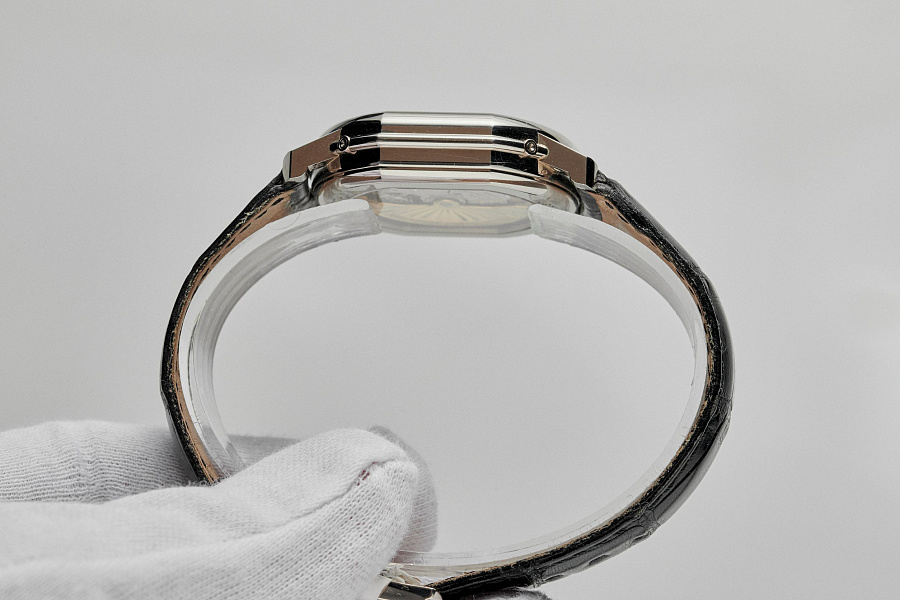 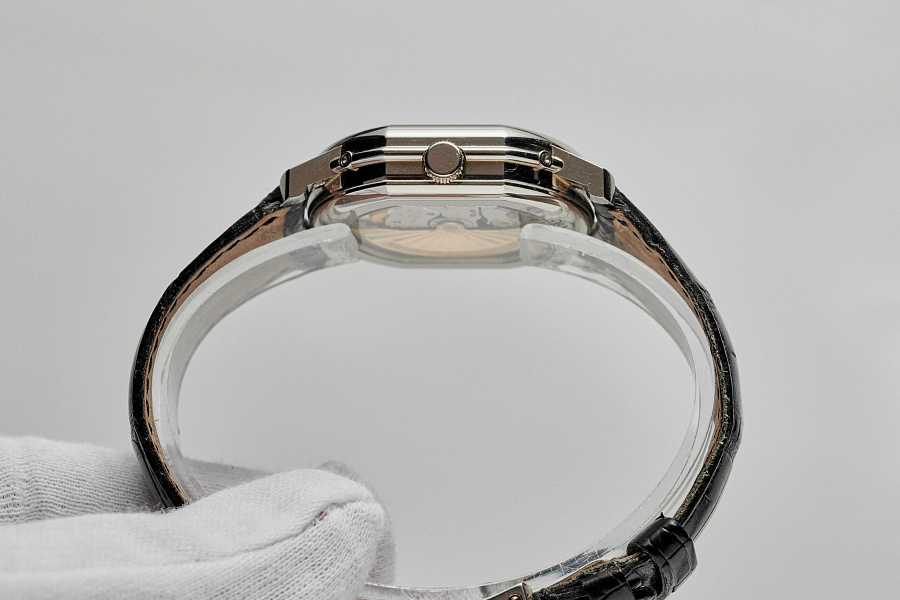 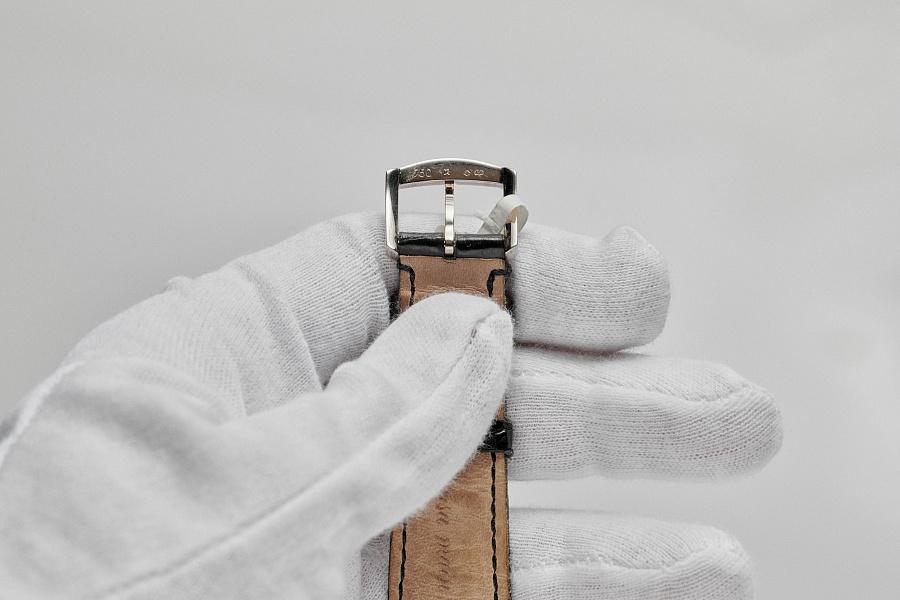 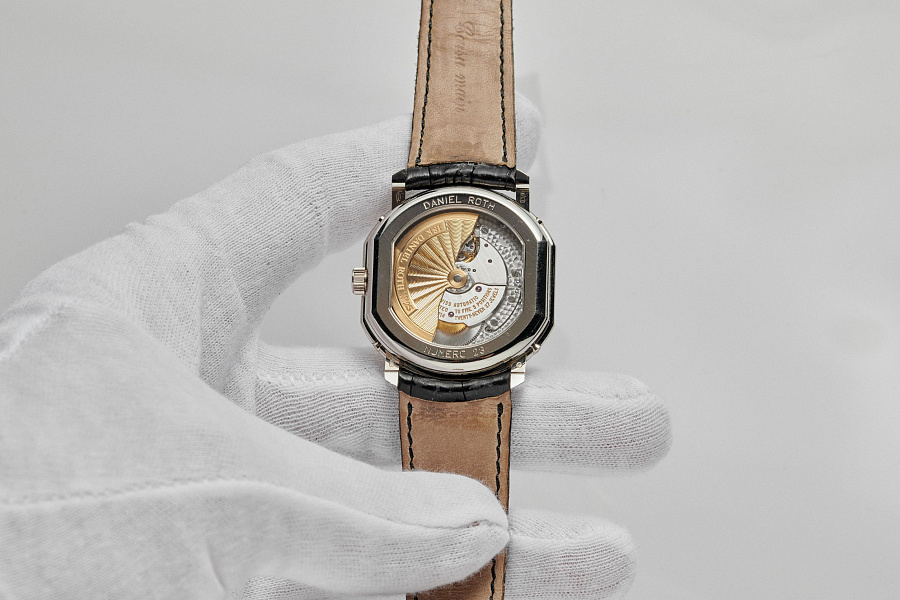 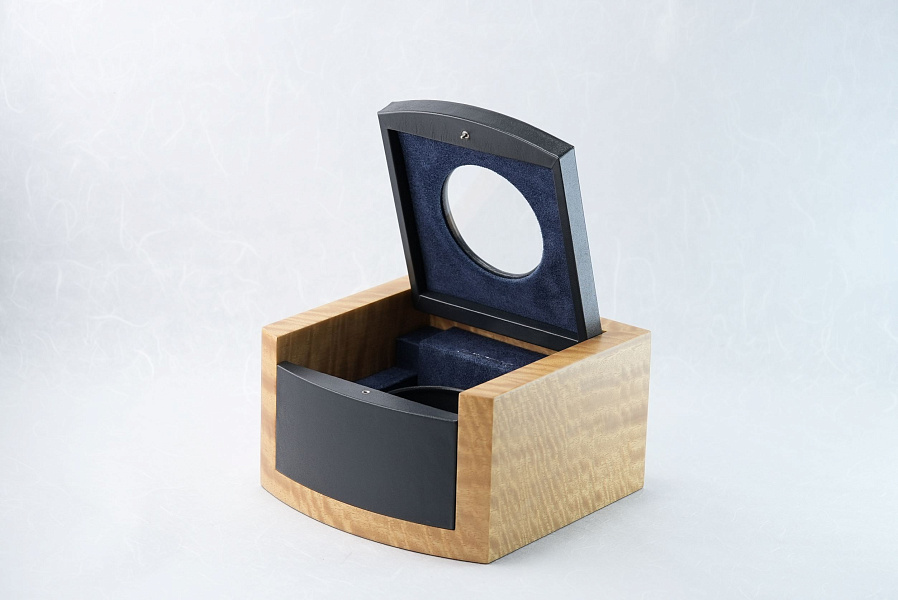 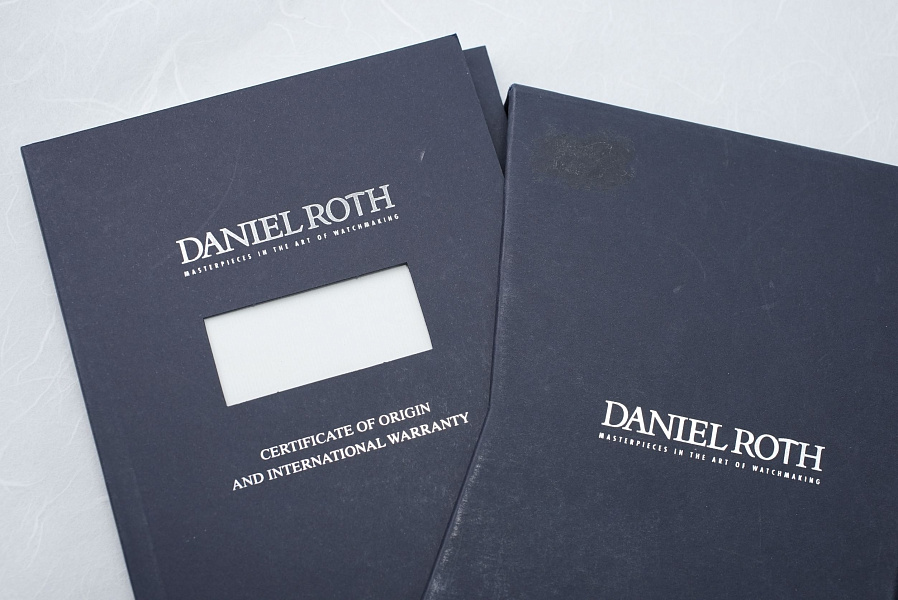 Daniel Roth, considered to be one of the most important modern watchmakers, has been hailed a visionary of high-end complicated mechanical watchmaking. In 1989, he founded his own brand after fifteen years as the leading watchmaker at Breguet, where he recreated the classic Breguet style and developed some iconic watches, including tourbillon, chronograph, and perpetual calendar pieces, as well as the charismatic Ref. 3130, inspired by Breguet’s pocket watch No. 5 of 1794. For his own brand, Daniel Roth developed a unique style, a kind of late-20th century Breguet with a double ellipse-shaped Ellipsocurvex case design, instantly recognisable amongst watch connoisseurs, with ruthenium-plated guilloché dials and blued steel arrow hands. Among Daniel Roth’s masterpieces, the tourbillons and the perpetual calendars are probably the most memorable and desirable. Finished to the highest standard, his watches reveal appealing and finely elaborated dials, charismatic double ellipse-shaped cases and haute horlogerie movement finishings.

Daniel Roth is one of the few brands that has undertaken the development of its own perpetual calendar. Development started in the late 1980s in collaboration with Philippe Dufour, a well-known independent watchmaker and expert in traditional fine finishing techniques. The perpetual calendar, according to the original plan, was to have an instant switching function. However, in 1991, when the first prototypes were ready and tested, it turned out that the energy of the intermediate spring of the switching mechanism was not enough for a confident jumping rotation of the day of the week and month indicator discs. The inertia of the disc of the original design turned out to be too large. The solution to this technical problem took two development paths. The first scenario saw the instantaneous perpetual calendar project restarted on the basis of the existing development, but with pointer indicators instead of discs. The corresponding model was launched in 1998. According to the second path, watchmakers adapted the existing development to the semi-instantaneous switching function, keeping the disc indicators, with the corresponding model released in 1993.

The brand predominantly equipped the early production run of Perpetual Calendar Moon Phases Ref. 118.L, powered by the GP3300-based caliber DR114, with an original Daniel Roth-design dial with a grey ruthenium finish and a vertical linear guilloché motif, as in the present example.

The present lot belongs to a series of semi-instantaneous perpetual calendars launched as a result of the second development path. The watches were originally powered by a self-winding caliber DR114, created on the base of a Lémania 8810 movement-blank, and did not have a moonphase display. Models with a moonphase indicator in a circular aperture at 12 o’clock and semi-instantaneous switching appeared as a more complicated version of this. The transition to the Girard-Perregaux GP3300 as the new base caliber took place in the early 2000s. The brand predominantly equipped the early production run of Perpetual Calendar Moon Phases Ref. 118.L, powered by the GP3300-based caliber DR114, with an original Daniel Roth-design dial with a grey ruthenium finish and a vertical linear guilloché motif, as in the present example. Later examples bearing a different reference, 118.X, received a rhombic ‘clous de Paris’ guilloché motif on most of the dial and wavy guilloché on the date and leap year indicator sub-dials, as well as an enlarged case.

The Perpetual Calendar Moon Phases Ref. 118.L rarely appears on the secondary market, which is consistent with the assumption of a small production volume, especially considering the fact that the variety of perpetual calendar versions with additional complications was significant. We have not been able to discover in the available sources any reliable information about examples with a serial number exceeding 39.

The Daniel Roth Perpetual Calendar Moon Phases Ref. 118.L.60.011 would appear to be a fine purchase for the collector as an excellent, very rare and attractive perpetual calendar wristwatch, developed and created by world-renowned independent watchmakers. While most brands rely on third-party calendar modules for their perpetual calendars, the present example clearly offers a unique configuration of complications and hence a unique dial design. The unusual structure and design of the dial is complemented by a uniquely-shaped signature Daniel Roth case, creating a very special feeling of a complicated mechanical watch and undoubtedly adding to the attractiveness of this lot.