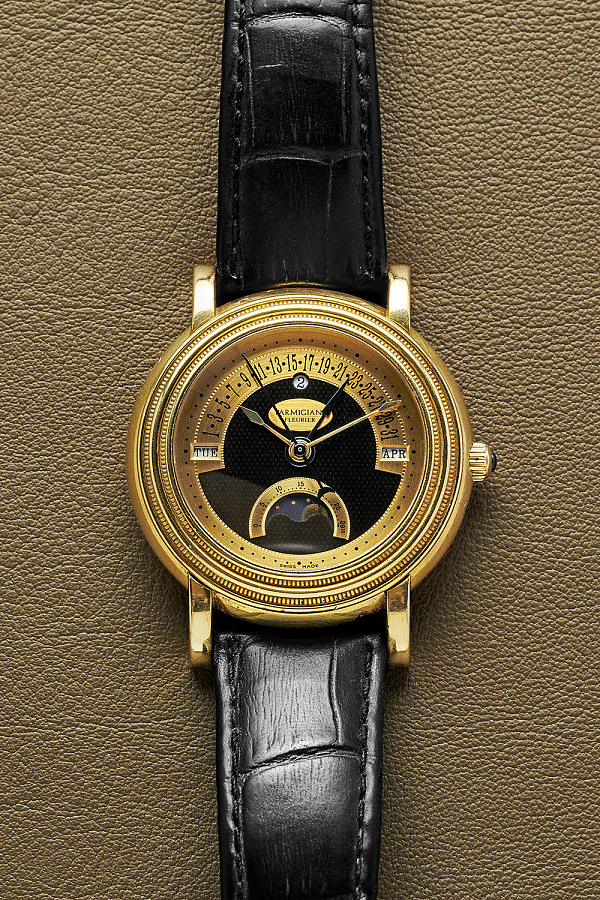 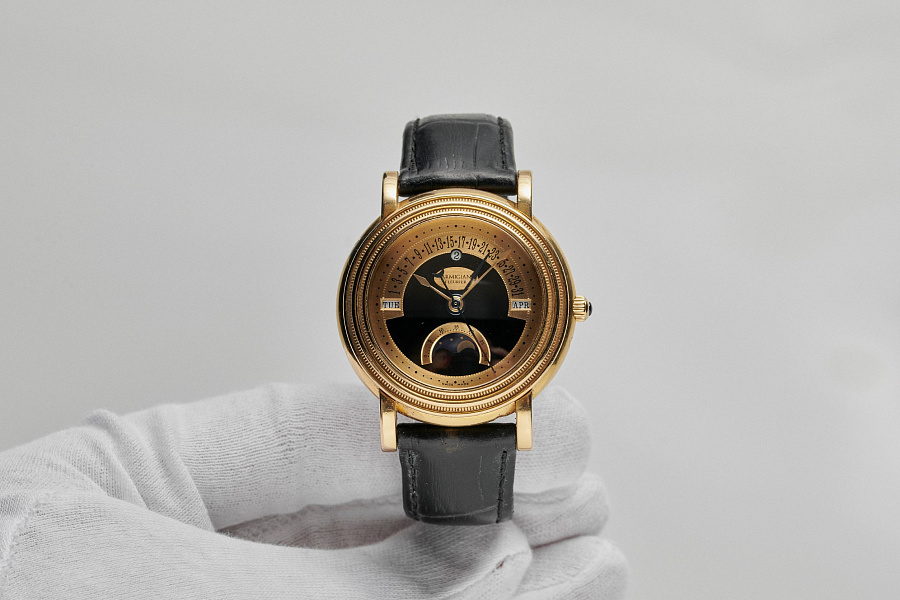 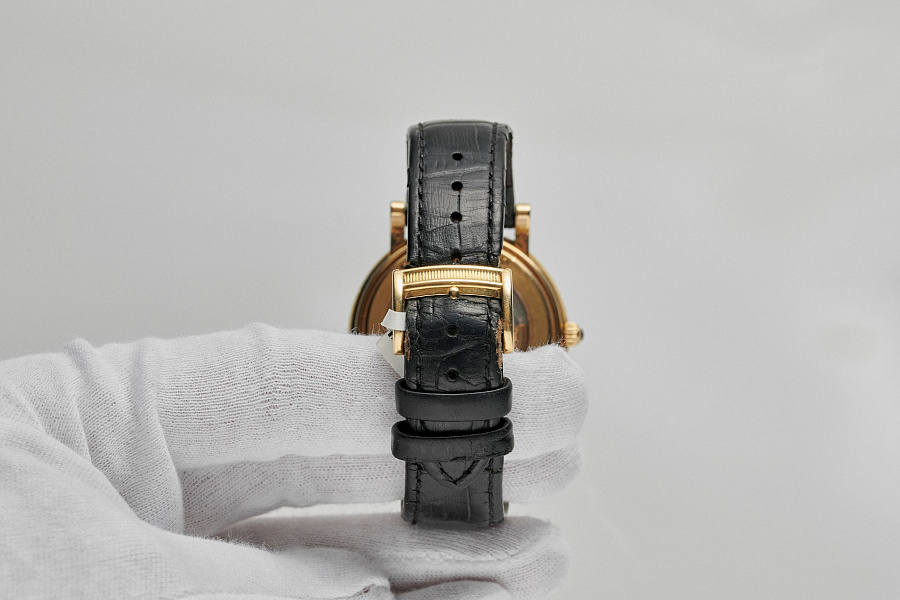 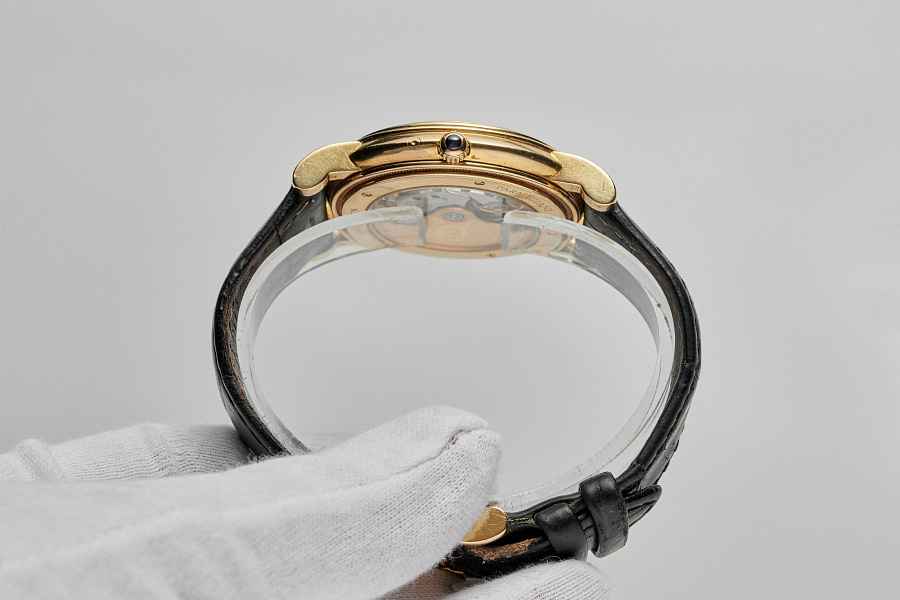 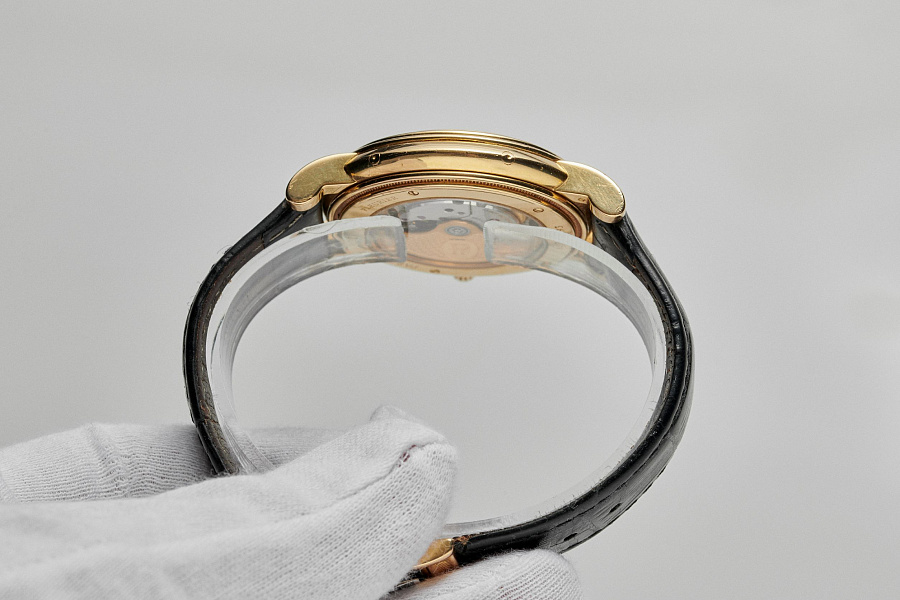 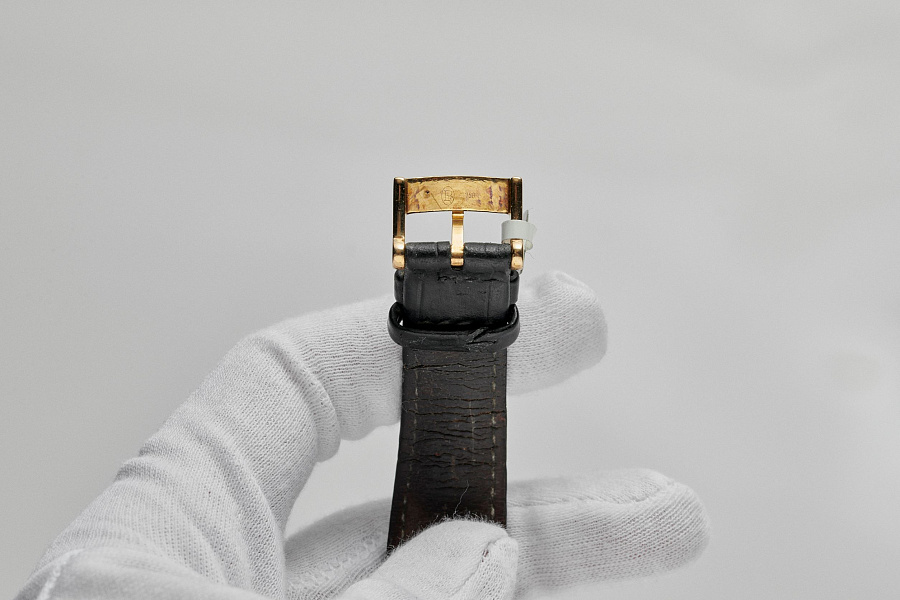 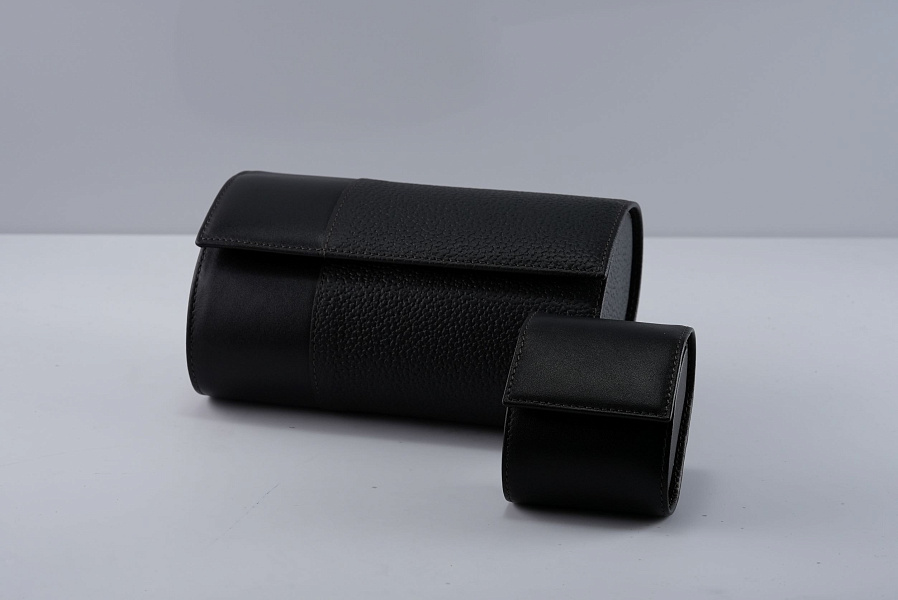 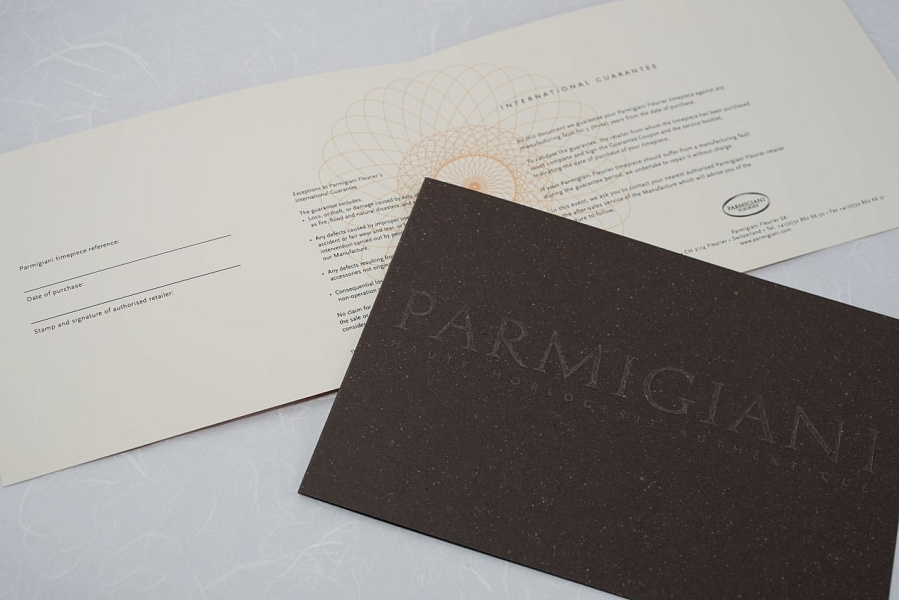 The Toric, originally Torus, is one of the pillars of the Parmigiani Fleurier collection, its basic classic design launched with the foundation of the brand. The early Torus/Toric models have a particular museum feeling, which was cultivated in the collection thanks to the efforts of Michel Parmigiani, the founder of the company. His restorer’s background predetermined a collector’s approach to the design of the brand’s watches, which played a significant role in the formation of the collection.

The museum spirit inherent in the early Torus/Toric models surfaces in the design of this piece in the finish of the bezel and rim of the caseback. It is very important to note the high-class execution of the caseback, which from the very beginning was a reflection and confirmation of the high positioning of the Parmigiani Fleurier collection. The multi-tiered architecture of the bezel and rim of the caseback creates a symmetrical case profile when viewed from the side, while when viewed from the front the bezel’s stepped shape is emphasised by two rings with finely made ribbing. In addition, the wide bezel required in this design allowed the brand to follow the trend of large watches that emerged and gained momentum in the late 1990s, as it allowed for a harmonious design using calibers previously developed with the aim of producing smaller watches.

The feeling of a museum piece, which is the typical quality of the best Parmigiani Fleurier watches, is expressed in a sophisticated combination of a yellow gold case of an original and signature Parmigiani Fleurier Torus/Toric design, and charismatic black guilloché and yellow gold dial, which further increases the attractiveness of this lot.

Launched in 1998, the Torus Perpetual Calendar ‘The First Generation’ watch is powered by the self-winding PF130.5 caliber, which was developed by Parmigiani Fleurier on the base of the very thin (2.95mm thick) and high-class double-barrel Nouvelle Lémania 8815 caliber, originally introduced in 1977 as a joint development with the Longines watch company. Now, Nouvelle Lémania has become part of the Breguet brand as a production unit, and the caliber 8815 is kept in production for the brand’s collection. The use of this caliber provided an attractive feature for Torus Perpetual Calendars – it has a constantly running central seconds hand, which is rare for watches with this complication. Traditionally, perpetual calendars had a small seconds hand, or did not have a seconds hand at all.

The PF130.5 caliber’s personalisation includes a solid 22k gold oscillating weight decorated with a guilloché motif and an oval medallion with the brand logo, as well as quality finishing of the parts, typical for the Nouvelle Lémania 8815.

In addition, the Torus Perpetual Calendar was equipped with a 180-degree retrograde date display, which was also a very rare feature of a perpetual calendar in that era. Therefore, these watches are often referred to as the Torus Retrograde Perpetual Calendar, or the Torus Quantième Perpetuel Rétrograde. Around 2000, the brand changed the name of the collection to Toric without explanation, so the watch is also known as the Toric Perpetual Calendar. In 2001, Parmigiani Fleurier introduced the basic self-winding caliber PF331. The following year, based on its modernised version PF332, it created the first in-house perpetual calendar caliber PF333.01, which was later used in the brand’s perpetual calendars of the second and subsequent generations.

Overall, the original first-generation Torus Perpetual Calendar with a Nouvelle Lémania-based caliber was in production for a short period: from 1998 to 2002. An analysis of available open information on case numbers allows us to suggest about 50 pieces of the first-generation examples in yellow gold or platinum were made during this period. We assume that the brand might have produced other series, information about which was not available to us. However, the first-generation Torus Perpetual Calendar appears to be a very rare and valuable artefact from the early period of Parmigiani Fleurier’s history, highly attractive to the collector.

The Torus Perpetual Calendar ‘The First Generation’ would be an excellent chance for the collector to obtain a very rare, highly collectible and attractive perpetual calendar wristwatch from Parmigiani Fleurier, a world-famous haute horlogerie watch brand. The feeling of a museum piece, which is the typical quality of the best Parmigiani Fleurier watches, is expressed in a sophisticated combination of a yellow gold case of an original and signature Parmigiani Fleurier Torus/Toric design, and charismatic black guilloché and yellow gold dial, which further increases the attractiveness of this lot.