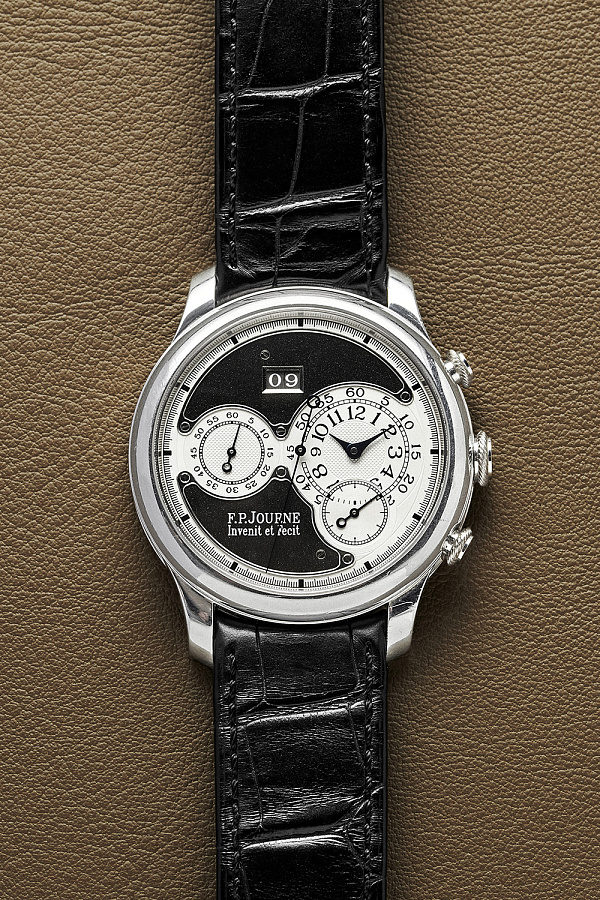 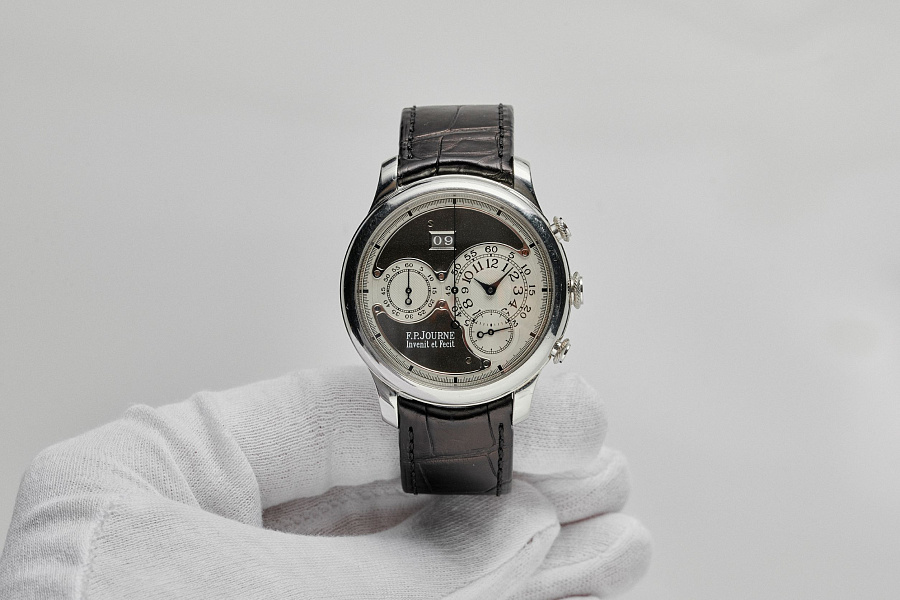 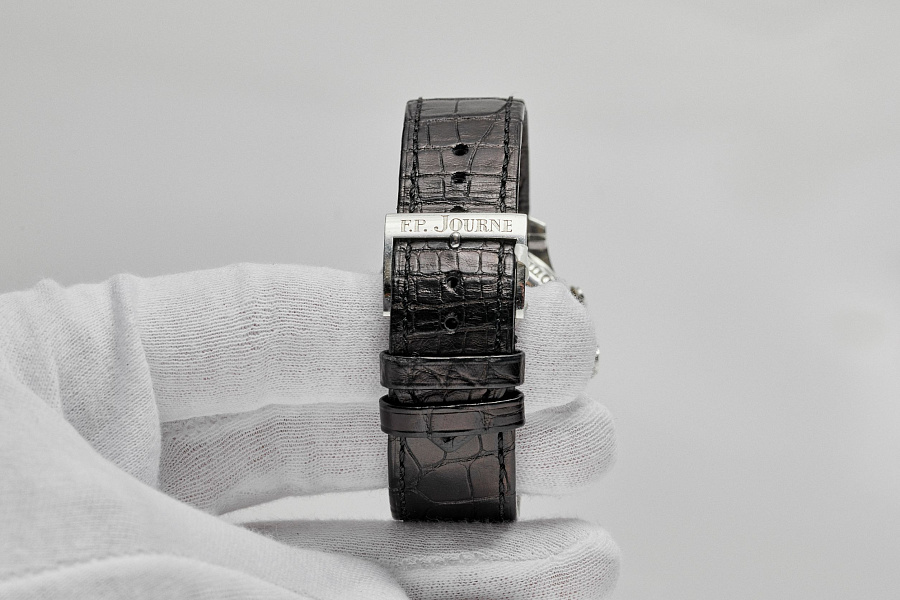 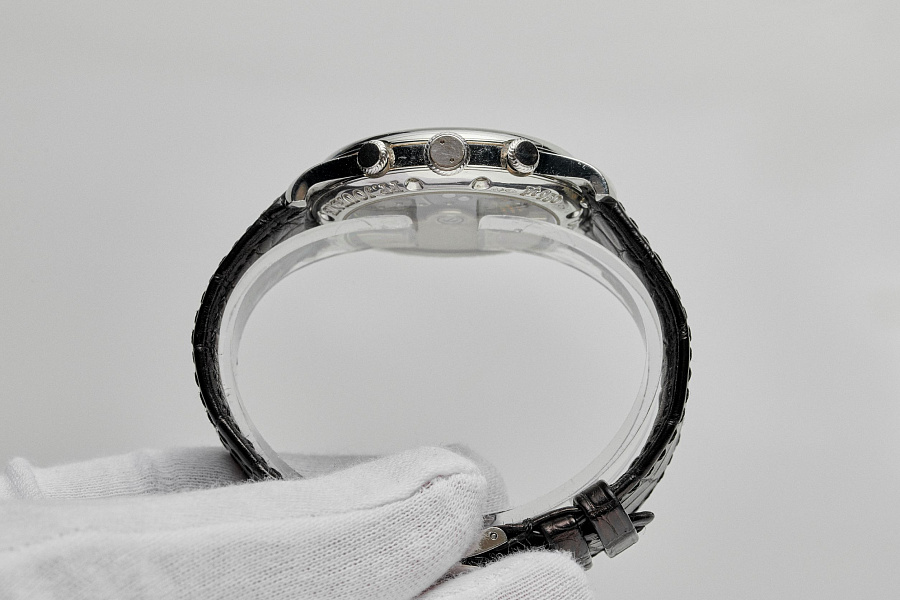 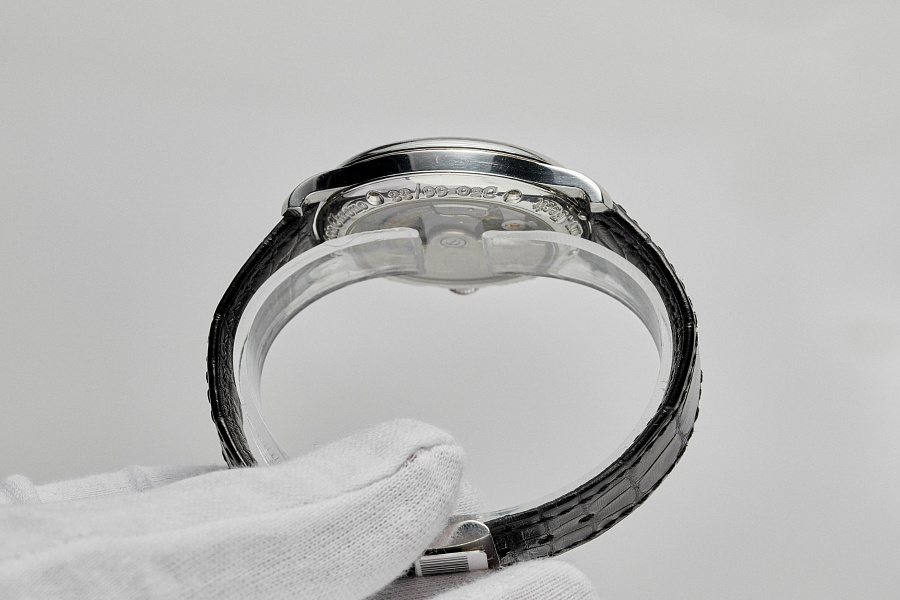 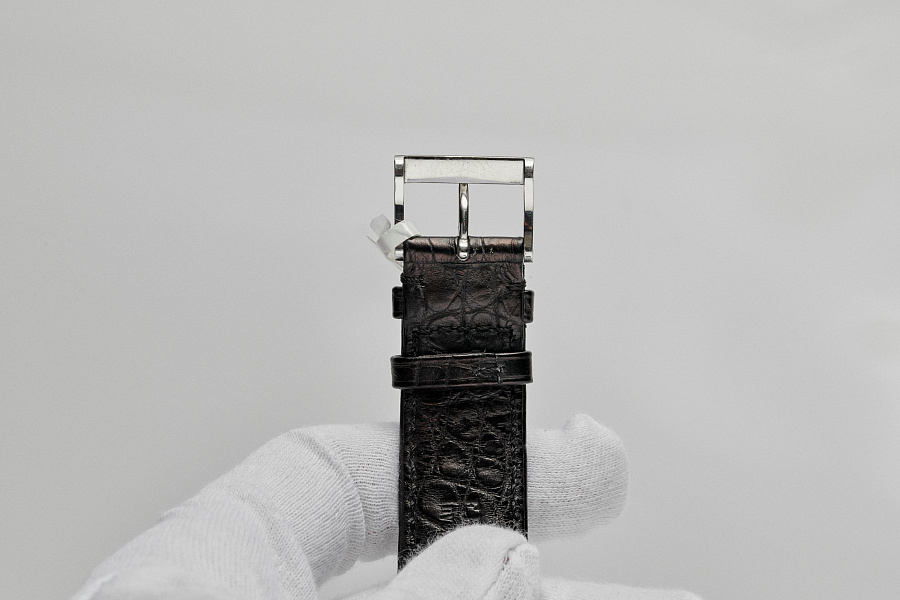 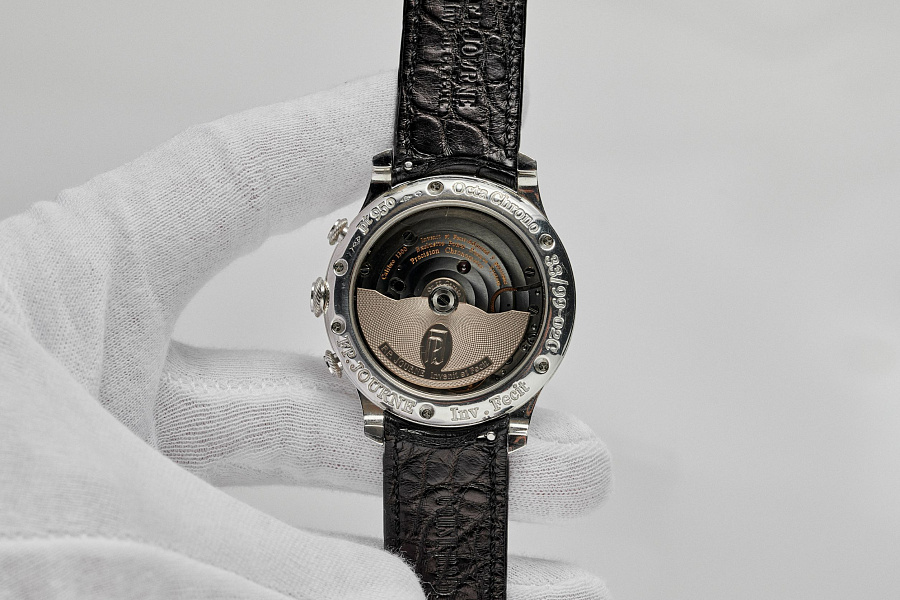 With the Ruthénium Collection, launched in 2001–2003, François-Paul Journe completed his production of watches with movements traditionally made from brass with galvanic coatings. Instead, since 2004, almost all new watches from the brand have been equipped with movements made of 18k pink gold without the coating. Of course, solid gold movements appear more valuable and desirable, since movements of this type are a great rarity in watchmaking. Nevertheless, collectors and connoisseurs of the F. P. Journe watchmaking art are showing an increasing interest in watches with brass movements, which represent the early period of the brand.

The Ruthénium Collection was the first limited edition collection of F. P. Journe, and is comprised of five platinum models: Tourbillon Souverain, Chronomètre à Résonance, Octa Chronographe, Octa Jour et Nuit and Octa Calendrier, each numbered and limited to 99 pieces. Both the gold dials and brass movements are ruthenium-coated, hence the name of the collection. This was also the first time F. P. Journe used a 40mm case, which is larger than the 38mm size the brand produced from its foundation. The total number of F. P. Journe watches with brass movements is estimated at about 2,000 pieces, and as a rule they generate active interest at auctions. In particular, in 2021, the highly coveted F. P. Journe watches from the Ruthénium collection fetched impressive results, e. g. a Chronomètre à Résonance Ruthénium sold for 371,000CHF, and a Souverain Tourbillon Ruthénium sold for 390,000CHF at the ‘Shades of Grey’ November thematic sale of Ineichen Auctioneers in Zürich (both excluding premium).

Production of this reference was significantly smaller compared to other so-called ‘small complications’ of the Octa collection, which promises good prospects for this particular model, especially in its historically important limited-edition ruthenium execution.

François-Paul Journe is one of the few watchmakers to have developed a wristwatch with its own interpretation of a classic chronograph complication. The Octa Chronographe, presented by F. P. Journe in 2001, was the second model of the Octa collection, issued after the Octa Réserve de Marche (2001). All Octa timepieces are powered by the same self-winding base caliber 1300 with a notably large (10.1mm) chronometric balance. This caliber was initially developed by François-Paul Journe to meet the requests of his customers preferring a self-winding watch. He conceived a slim caliber, allowing various additional complications to be installed without changing the overall thickness of the movement and ensuring the thickness of the case remained practically the same for all models in the Octa collection. For the caliber, François-Paul Journe developed a large barrel with a 1000mm long and 0.1mm thick winding spring, which provided a power reserve of approximately 160 hours, of which 120 hours were picked, guaranteeing a chronometric rate.

The Octa Chronographe shows a unique style, in accordance with all the other complications of the master – François-Paul Journe always follows his own path. The structure of the dial is asymmetrical, with the time indication shifted to the right, while the chronograph is given a central seconds hand with a scale along the periphery of the entire dial and a 60-minute counter at 9 o’clock. The chronograph mechanism occupies just 1mm of extra space, maintaining the elegant profile that is common to all models in the Octa collection with a thickness of slightly over 10mm – not much for a self-winding chronograph.

Early Octa Chronographe watches featured the first-generation caliber 1300 made of either rhodium-coated brass or ruthenium-coated brass, as the present limited-edition model. From 2004, the watchmaker began making the Octa movements in 18k rose gold (the second generation), marking the start of caliber 1300.2. Phillips notes, in 2007, shortly before discontinuing the Octa Chronographe, the 3rd generation caliber 1300.3 being introduced by the brand, again made of 18k pink gold but equipped with unidirectional winding. When the Octa was first launched in 2001, its automatic winding mechanism was designed to be bidirectional, which, as it turned out, was less effective than unidirectional winding if the wearer favoured an inactive lifestyle.

The production of the Octa Chronographe watch ceased in 2008, the brand replacing it with the Centigraphe Souverain chronograph. A secondary market analysis allows us to conclude that the production of this reference was significantly smaller compared to other so-called ‘small complications’ of the Octa collection, which promises good prospects for this particular model, especially in its historically important limited-edition ruthenium execution.

The Octa Chronographe Ruthénium Limited Edition No. 33/99-02C is a very rare and attractive purchase for the collector and F. P. Journe watchmaking expertise aficionado, who will receive a beautiful, elegant, and very rare chronograph wristwatch from this famous watch brand, one of the undoubted leaders in the haute horlogerie watch market. The unique, memorable and instantly recognisable style with an asymmetric dial layout, ruthenium finish of the dial, and first-generation movement crafted from brass with a unique ruthenium coating, which is gaining more and more interest in the collectors’ community, makes the present lot extremely notable and desirable.