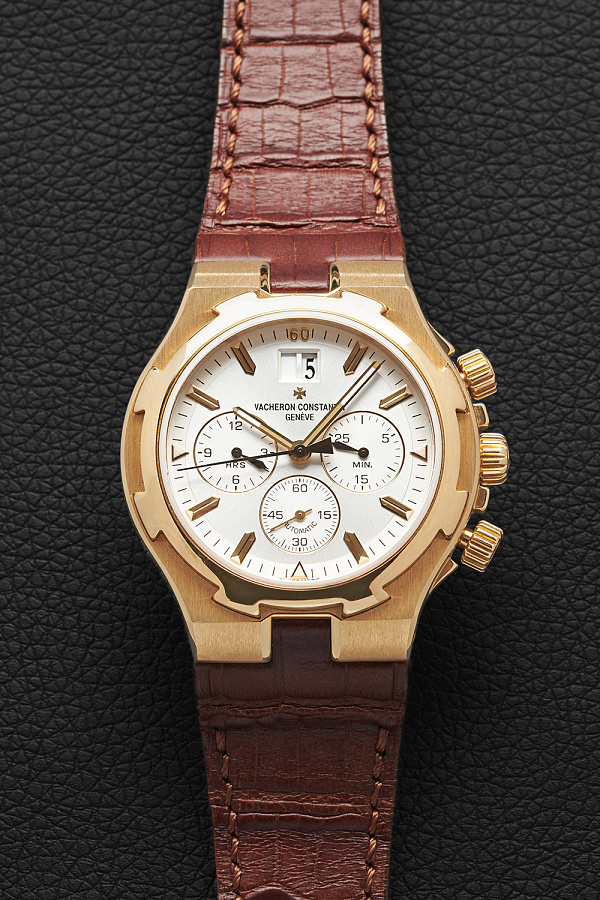 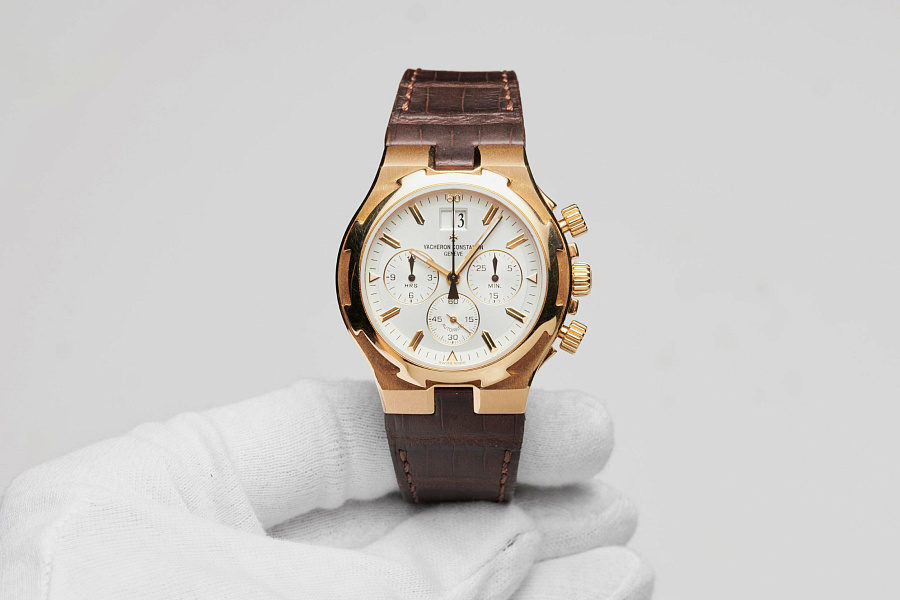 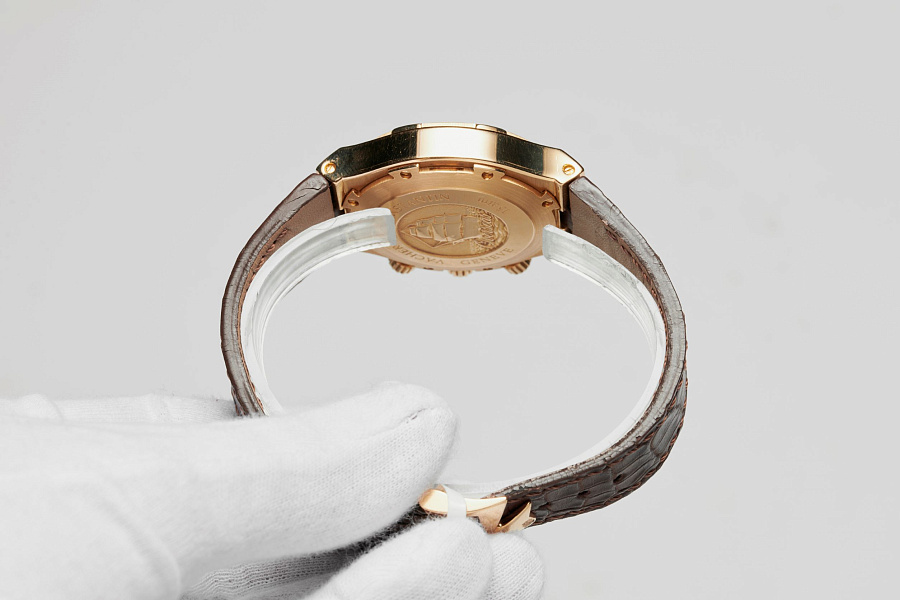 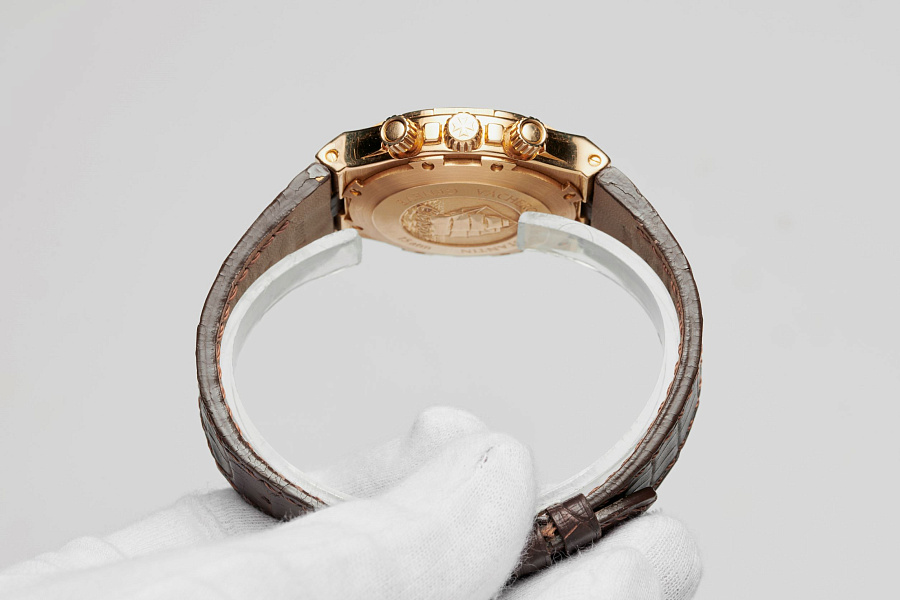 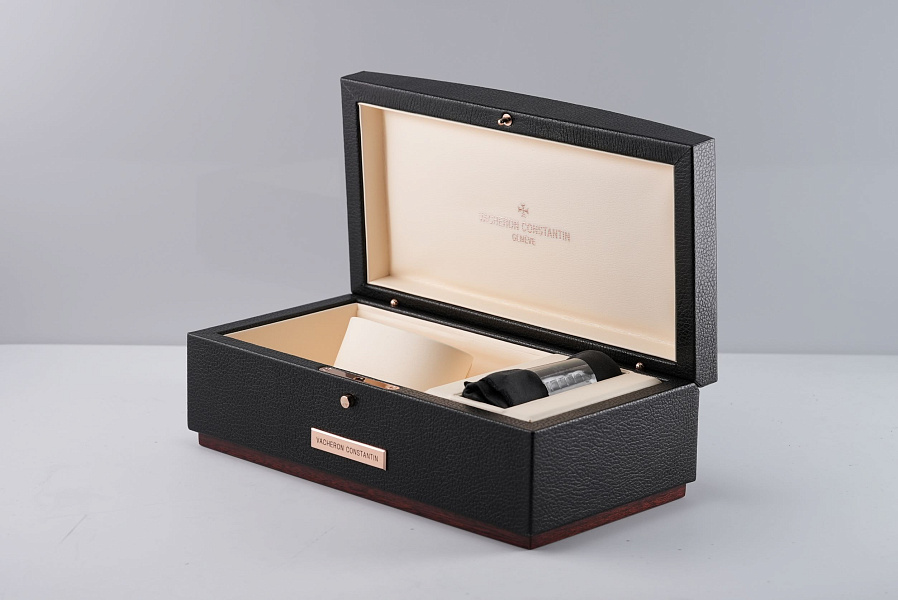 The Overseas collection of luxury sport watches was introduced by Vacheron Constantin in 1996. In 1999, the brand introduced the first Overseas chronographs, produced under the present reference 49140. These were automatic models, equipped with caliber 1137, which was a modified Frédéric Piguet 1185 column-wheel caliber with a rare and at the time increasingly popular additional complication of a two-digit large date display. In the 2000s, another trend of larger watches emerged, and so in 2004 a new updated Overseas generation appeared. The chronographs of the updated collection, produced under the new reference 49150, retained the same caliber 1137, but the case size was increased from 40mm to 42mm.

A yellow gold version with sunburst silvered dial is rare, and at the end of 2004, this reference was discontinued.

The Overseas is a superb luxury sports watch created by Vacheron Constantin as an alternative to similar watches from other prestigious brands. Vacheron Constantin goes up against them with a unique design of its own, with the collection’s signature features and a rare combination of automatic chronograph and big date that rival chronographs typically lack. The first-generation Overseas Chronograph Ref. 49140 was offered mainly in stainless steel, with sunburst silvered dial or black military-inspired dial with applied luminous Arabic numerals. A yellow gold version with sunburst silvered dial is rare, and at the end of 2004, this reference was discontinued. The present lot features a chic and rare precious-metal design version with a bold combination of yellow gold, silvered sunburst dial and the first-generation 18k yellow gold Overseas bracelet. The watch may be worn on an extra upscale brown leather strap.

The Vacheron Constantin Overseas Chronograph Ref. 49140/423J ‘The First Generation’ would appear to be a fine purchase for the collector who seeks an early chronograph wristwatch of a branded sporty design from a world-famous traditional watch brand, one of the market leaders in haute horlogerie and complicated timepieces. The first-generation 18k yellow gold Overseas bracelet and extra original brown leather strap with 18k yellow gold half Maltese cross-shaped bin buckle significantly underscore the sporty chic character of a watch. Its self-winding caliber and 40mm case perfectly match modern tastes, making the present watch an almost perfect daily wearer.