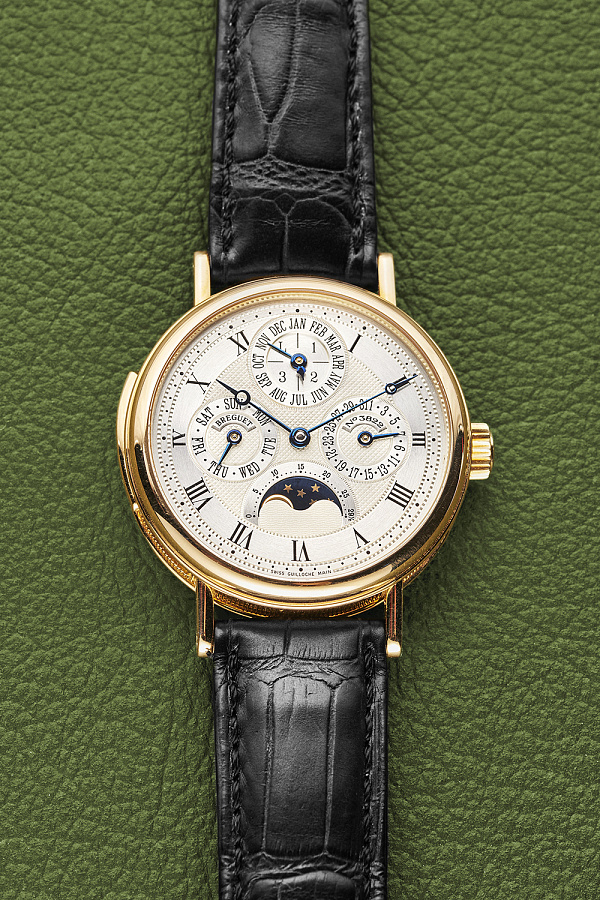 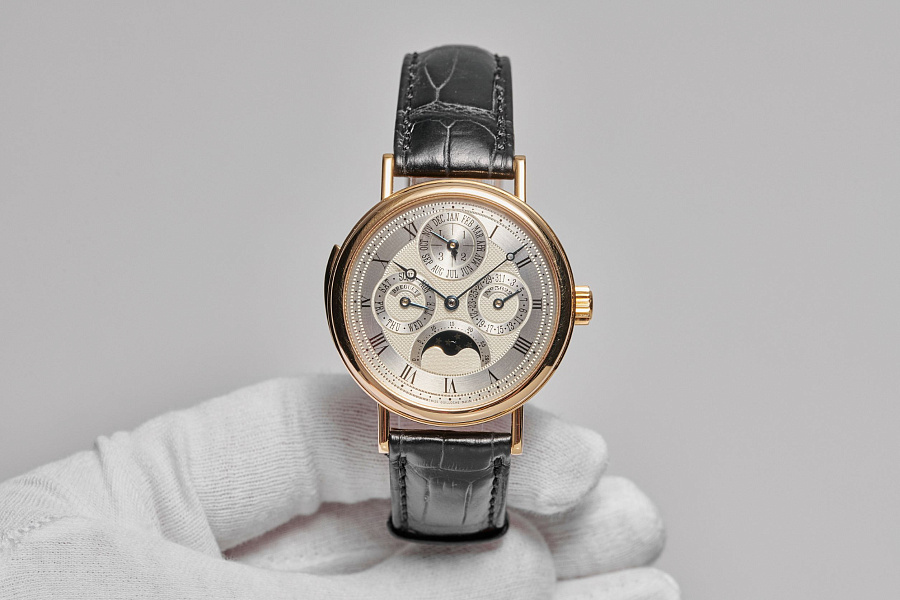 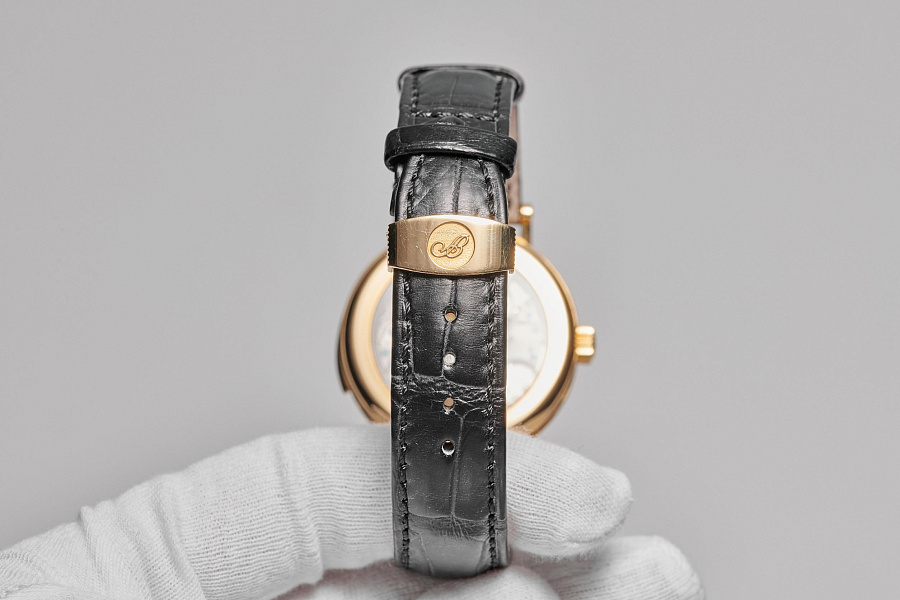 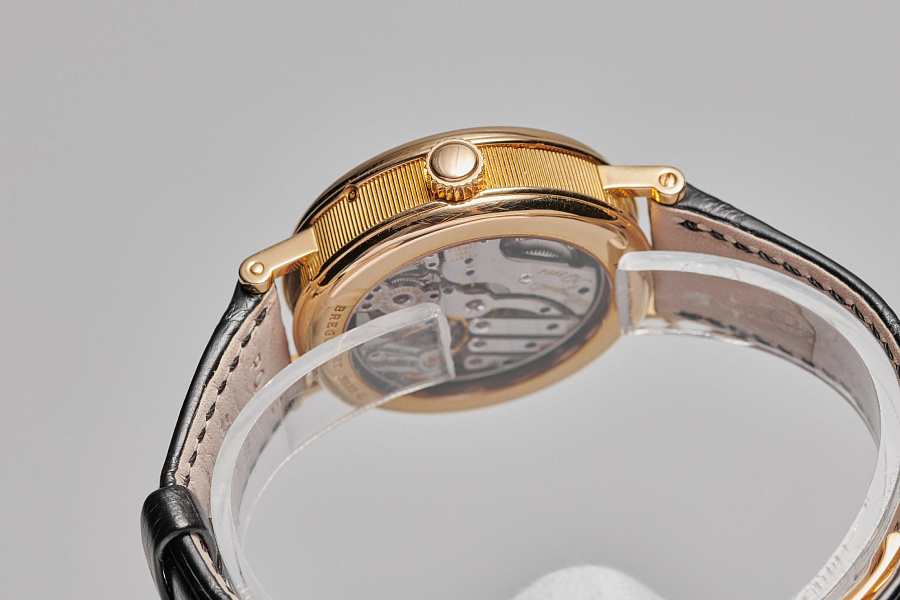 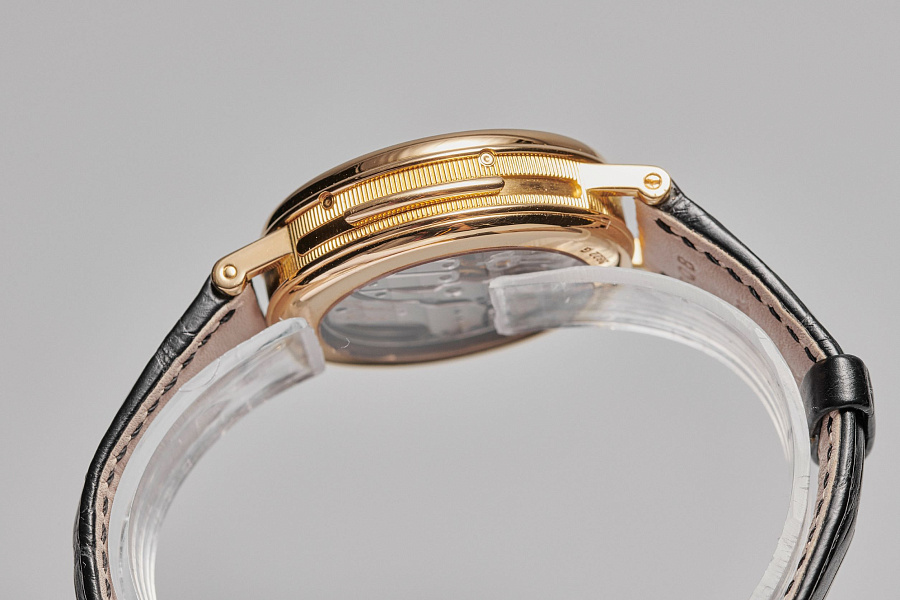 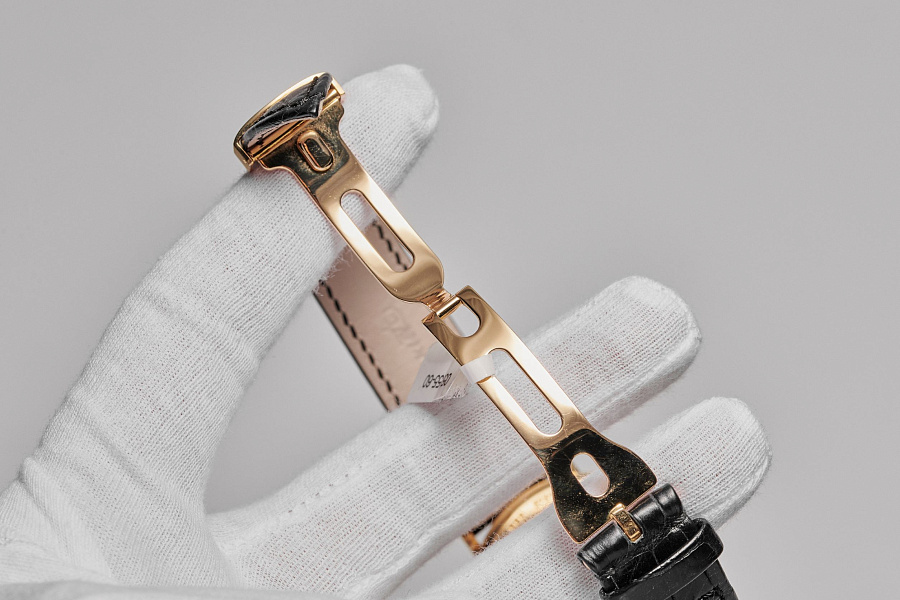 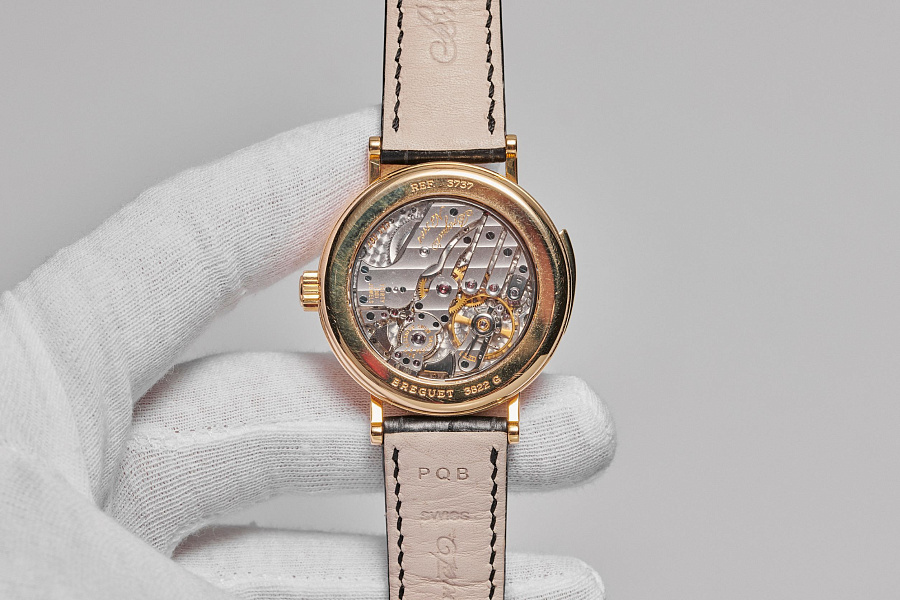 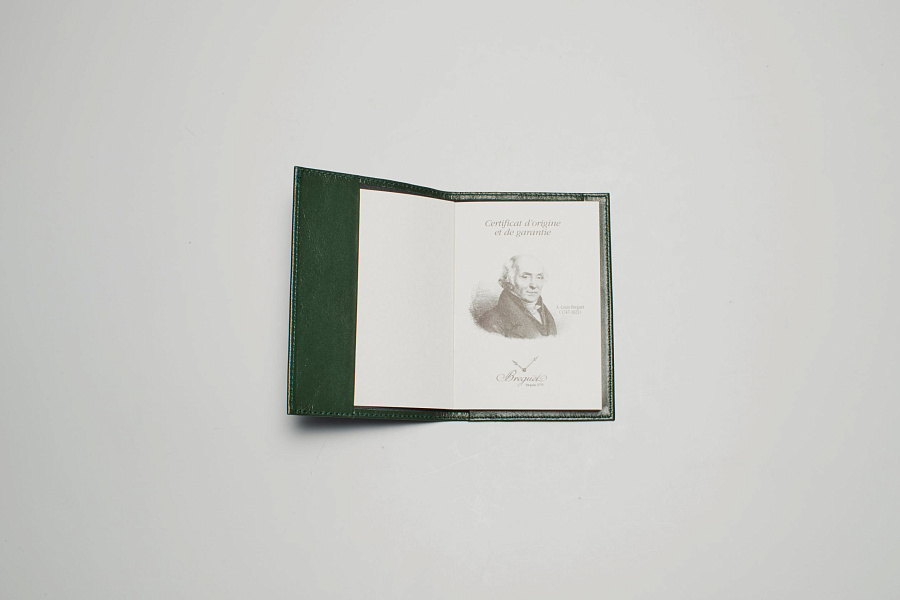 Reference 3737 is one of the most intriguing and rare references in modern Breguet history. It was released in the wake of the Ref. 3430 wristwatch of the historical Souscription set released in 1991, which, in addition to a wristwatch, included the Ref. 1819 pocket watch. As announced by the brand, the Souscription set was produced in a limited edition of 300 sets in gold or platinum. It was an ambitious release with the highly sophisticated Ref. 3430, featuring traditional minute repeater and perpetual calendar complications, and an extravagant self-winding pocket watch. At that time, only a few leading brands produced watches of such a level of complexity as Ref. 3430.

Antiquorum estimates the circulation of the present reference to be only 5 examples.

Ref. 3737 was released as a modification of the reference 3430 from the Souscription set, albeit in much smaller numbers. Antiquorum estimates the circulation of the present reference to be only 5 examples. The extremely small production of Ref. 3737 is indirectly supported by the fact that, to our knowledge, this reference has only come up at auction once, at Antiquorum in Geneva in 1999. We estimate that this model was produced approximately from 1994 to 1996.

Technically, it is almost the same model as the wristwatch presented in the Souscription set. Ref. 3430 from the Souscription set features a combined month and leap year single-hand indicator for a 48-month cycle at 12 o’clock, while the present model has two hands in a sub-dial at 12 o’clock – one for the 12-month indicator, and one for the leap year indicator. Both references are powered by the same hand-wound minute-repeater caliber 567, produced for the brand by the Nouvelle Lémania movement-blanks factory. Evidently, it was developed on the basis of classic pocket watch calibers from the Vallée-de-Joux, in a characteristic design with three straight bridges. It is the so-called ‘three-finger’ wheel-train bridge caliber.

The sophistication and rarity of the mechanical functions of the minute repeater and perpetual calendar is complemented in this example by the classic artisanal Breguet guilloché dial, as well as the traditional finishing of the caliber

The finish of caliber 567 is upscale traditional, with Côtes de Genève on the bridges, perlage on the mainplate, chamfered and polished bevels, extremely difficult to finish sharp inner and outer corners, engraved and gilded inscriptions, and flat polished steel parts – including two black-polished repeater hammers. The flat spring ratchet of the barrel wheel should also be noted, something found extremely rarely in modern wristwatches and extremely highly appreciated by connoisseurs. The dial of the present example is of typical Breguet style. The silver-plated solid gold dial is decorated with guilloché of three motifs. The chapter ring and sub-dials’ rims are circularly brushed, with black pad-printed scales, inscriptions and Roman numerals complemented by blued steel ‘pomme de Breguet’ and counters’ hands. The yellow gold Empire style case completes the picture, creating a coherent image of Breguet’s high-end, super-complex wristwatch.

According to our knowledge only one example of this highly complicated minute repeating wristwatch has appeared at auction, so the present lot affords collectors the opportunity to acquire one of the rarest wristwatches, embedded with classic high complications of Breguet’s modern production. The Répétition Minutes Quantième Perpétuel Ref. 3737BA is an extremely rare, charismatic and exquisite watch from a world-famous traditional watch brand, one of the undoubted leaders in the haute horlogerie watch market. The sophistication and rarity of the mechanical functions of the minute repeater, the highest of the four traditional complications, and perpetual calendar, combining mechanical sophistication with a practical use, is complemented in this example by the classic artisanal Breguet guilloché dial, as well as the traditional finishing of the caliber, which significantly increase the perceived value of the watch and underscore the aesthetic character of this model, endowed with the finest signs of the famous Breguet style.