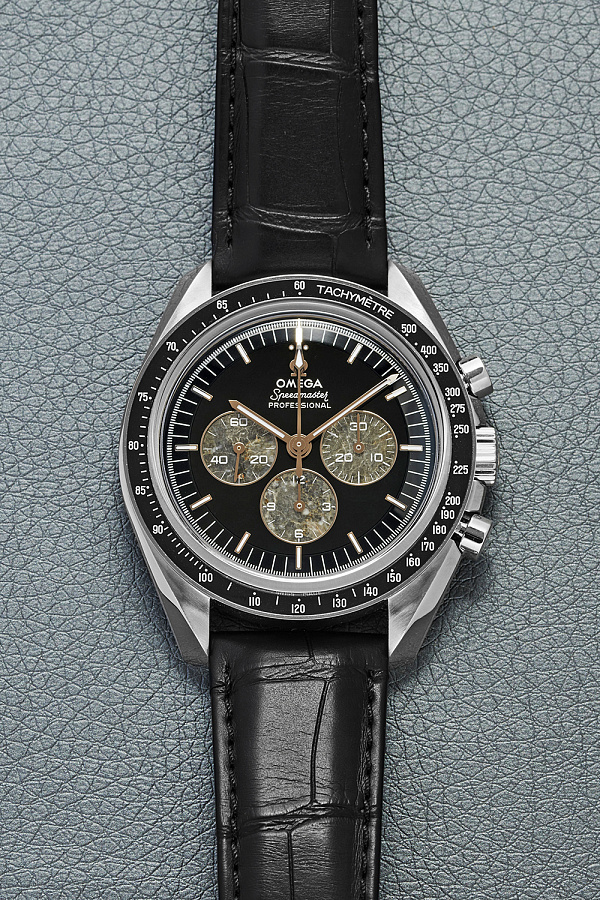 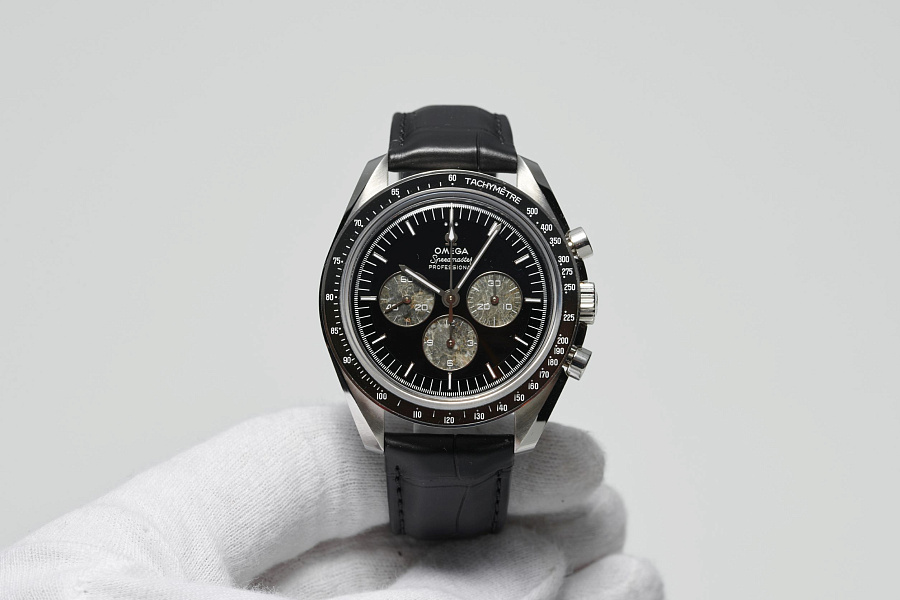 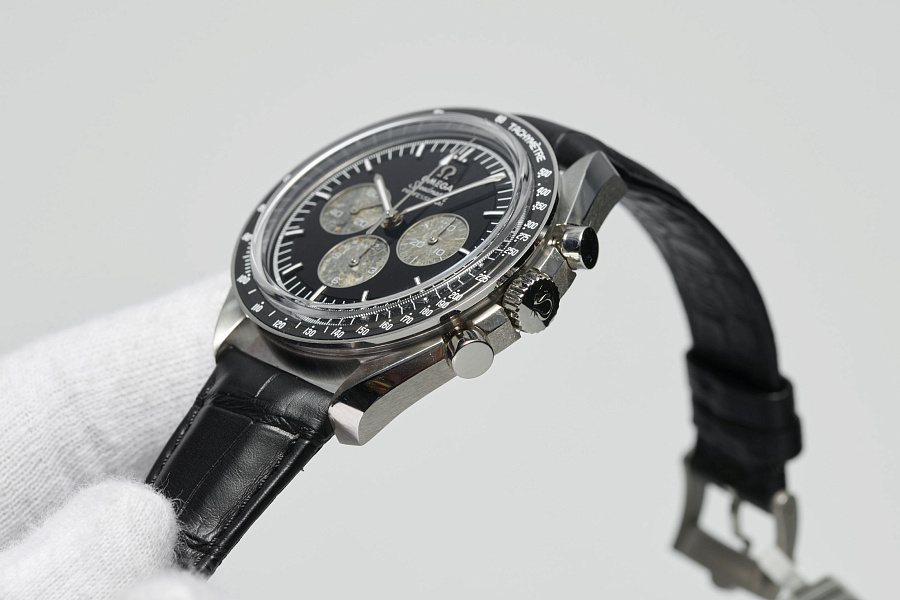 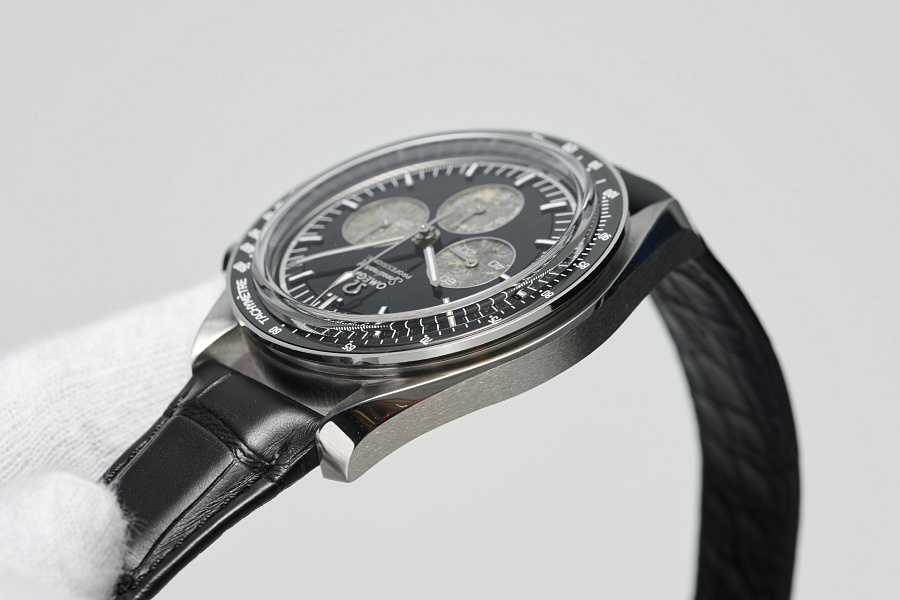 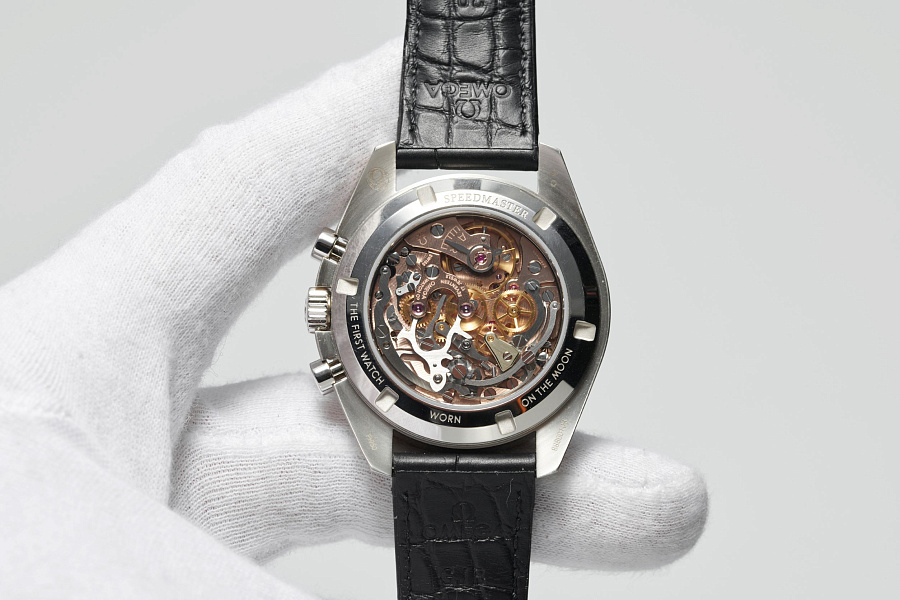 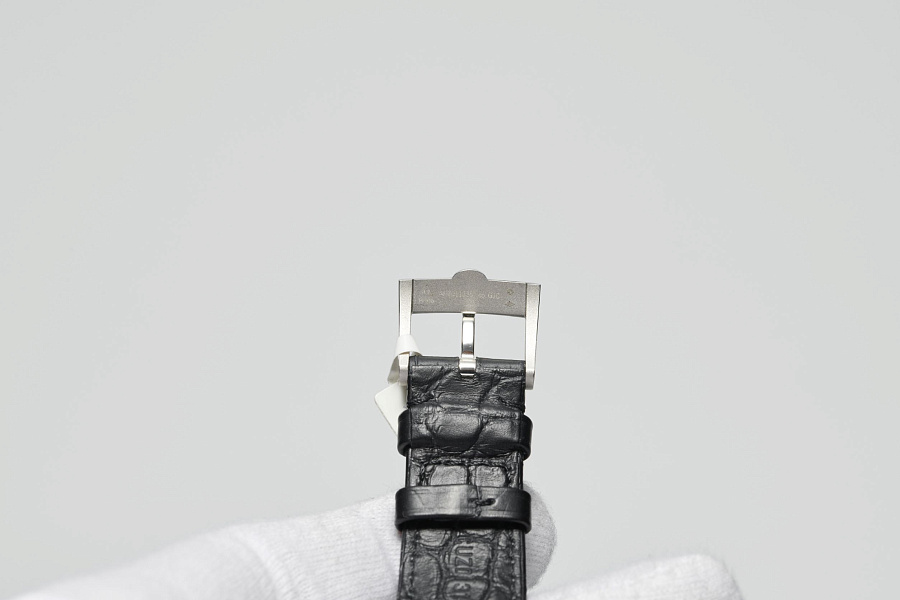 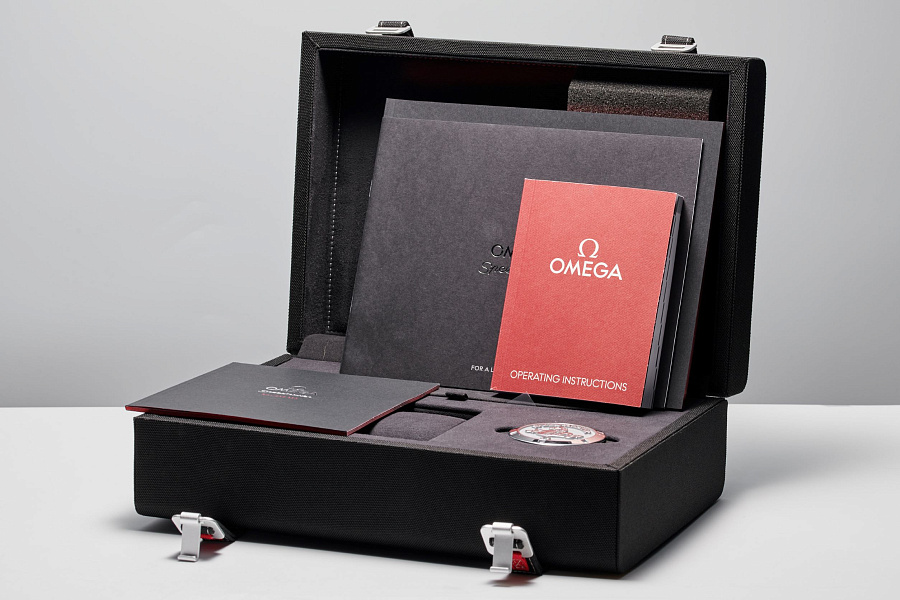 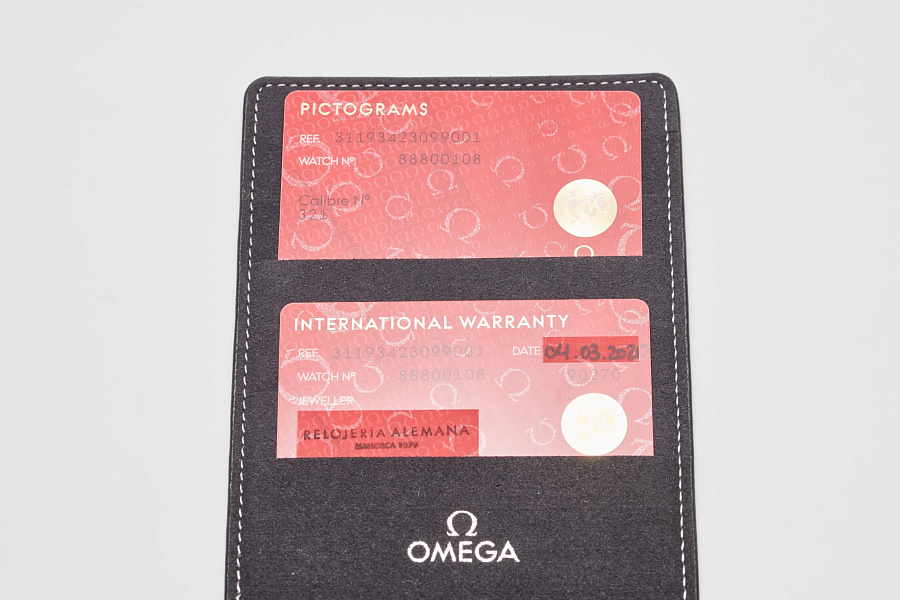 This special platinum edition was introduced in 2019. It features a platinum case with ceramic bezel insert and an onyx dial with lunar meteorite sub-dials, and a re-born calibre 321, developed jointly by the Lemania watch movements factory and Omega in the late-1940s and early 1950s. A project called ‘27 CHRO C12’ aimed to develop a 27mm chronograph caliber with a 12-hour counter – the Omega calibre 321 (also known as the Lémania 2310), was completed successfully. One might say incredibly successfully, as the caliber 321-powered Omega Speedmaster watch ended up on the wrists of astronauts, including during the first ever ‘Apollo’ lunar missions.

The platinum 950 case, with its exotic onyx and meteorite dial, is remarkable and very rare for a brand.

In January 2019, the year of the 50th anniversary of the Apollo 11 mission, which saw astronauts first land on the Moon, Omega announced the resumption of factory production of the caliber 321 – down to the column wheel (the hallmark of a high-end chronograph), the original 18,000 vibrations/hour balance frequency, the Breguet spiral and the nickel silver sub-bridge on the lever of the chronograph intermediate wheel. The traditional branded copper-toned finish of the mainplate and bridges is emulated by the state-of-the-art 18k Sedna gold PVD-coating.

The present special edition was the first watch of the brand to be equipped with a relaunched 321 caliber, released in July 2019. The massive case is made of a special platinum 950 alloy (Pt950Au20), which includes 20 thousandths of gold. The imposing black dial is decorated with a polished onyx plate (usually used in jewellery watches), and recessed counters made from a rare meteorite of lunar origin. This is obviously a very expensive execution for an Omega watch, and it is clear that the brand intended this special edition for collectors who appreciate such special executions and rare watches. The release is not limited, though the number of pieces produced is unlikely to be large. That is why this reference is destined to become a collector’s rarity.

The Omega Speedmaster Calibre 321 Professional Chronograph Ref. 311.93.42.30.99.001 would appear to be an attractive purchase for the collector and connoisseur of fine watchmaking as an important special-edition watch, the first reference powered by the relaunched Omega 321 caliber, with its status as the world famous moonwatch chronograph movement. At the same time the watch has a practical chronograph function, and a technically proven and reliable chronograph caliber, one of the best in its category. The platinum 950 case, with its exotic onyx and meteorite dial, is remarkable and very rare for a brand. This is definitely a watch with a strong and distinctive character and therefore it would also be an attractive daily wearer.