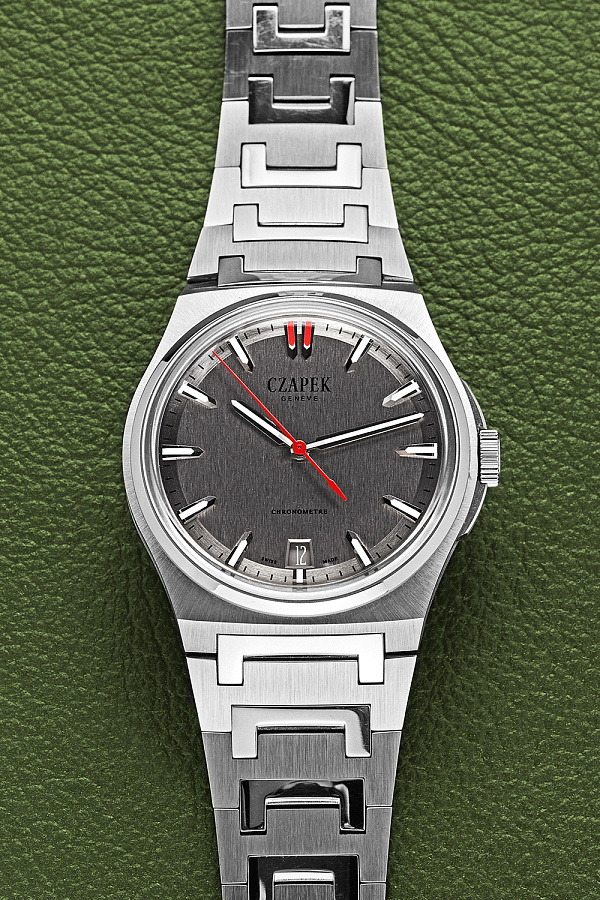 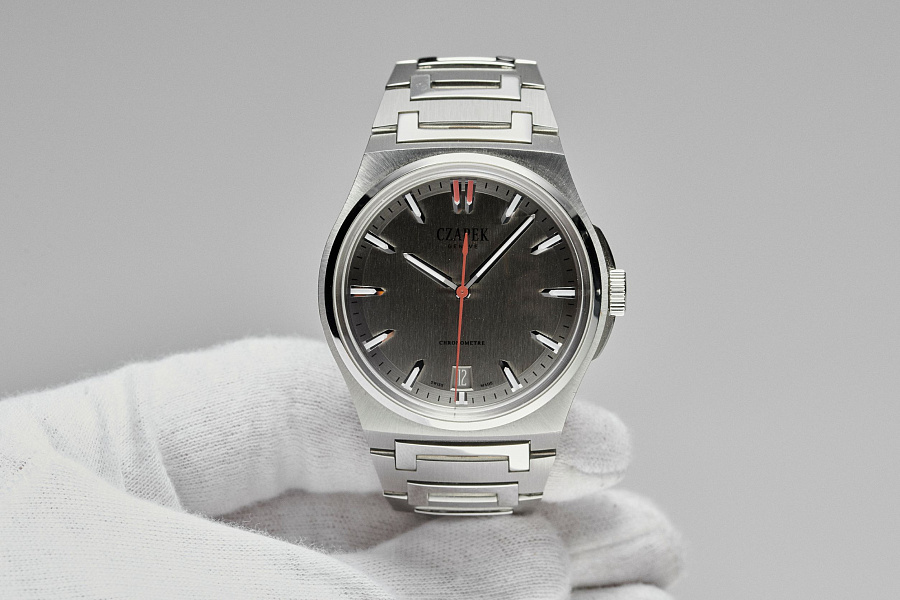 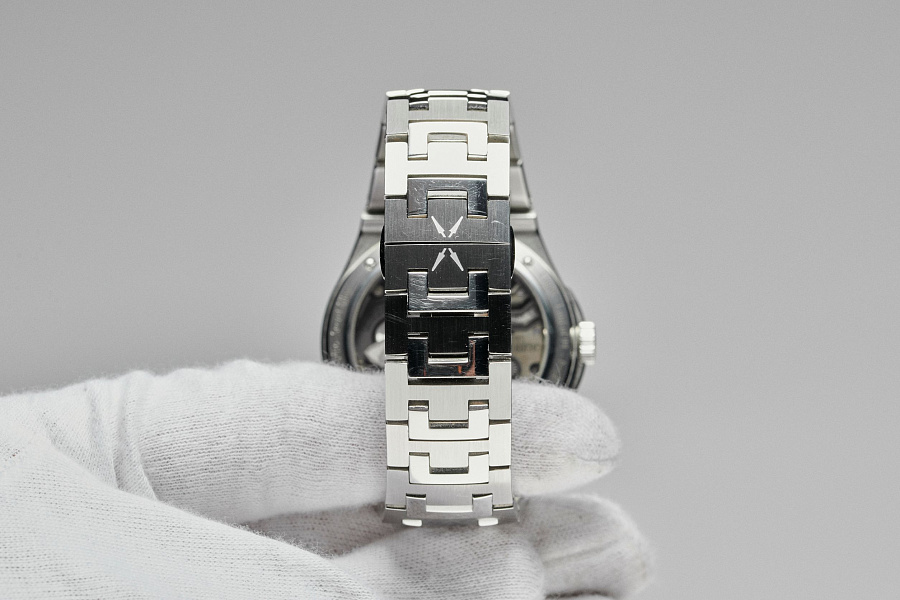 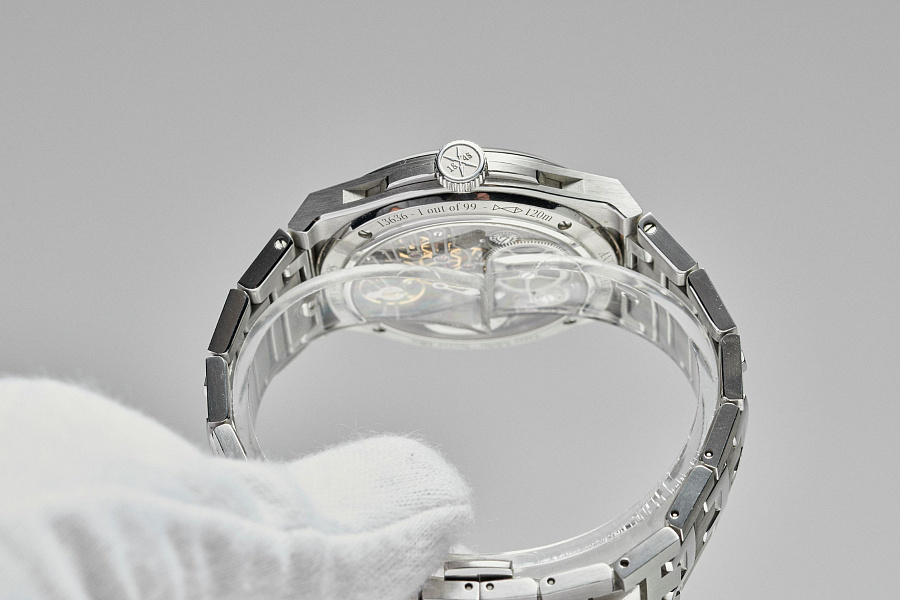 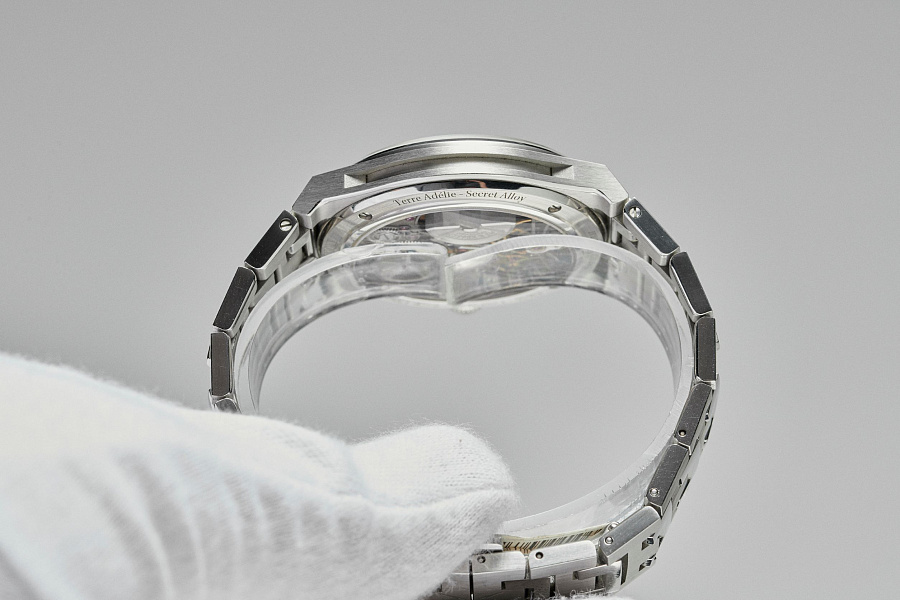 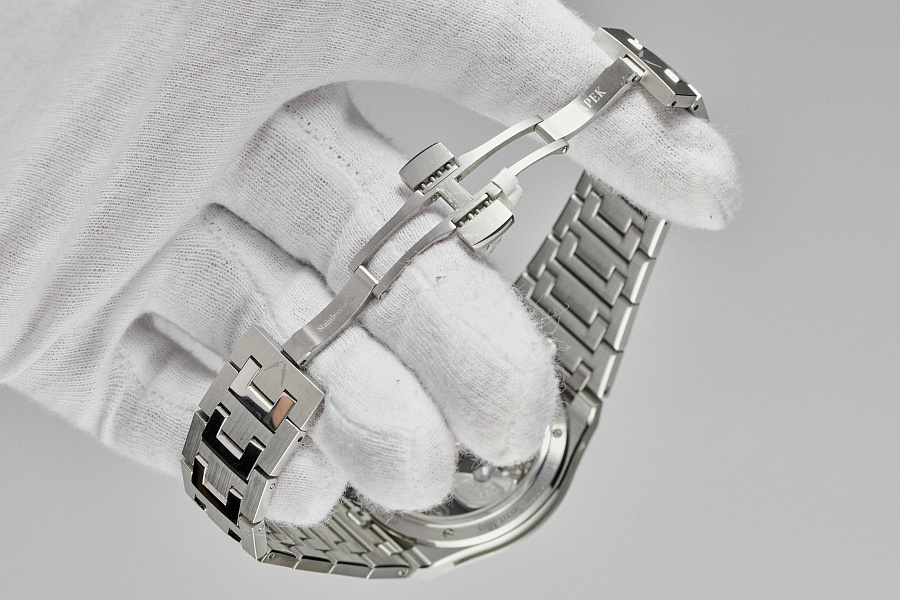 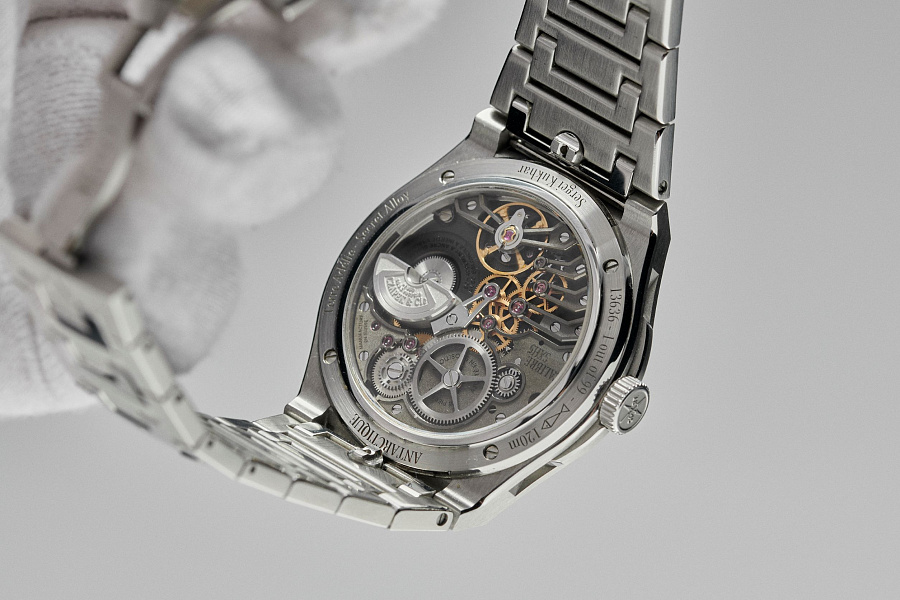 The present example is the inaugural model of the Antarctique collection, launched in 2020. The genre of sporty-elegant steel wristwatches on a steel bracelet of an integral design became extremely popular in the late 2010s, when the prices of Patek Philippe Nautilus and Audemars Piguet Royal Oak watches, which are the genre’s founding designs, skyrocketed on the secondary market. Several brands specialising in luxury and collectible watches, including Czapek & Cie., have embarked on developing their own versions of this winning design. Of course, this process was also influenced by the growing public awareness of luxury, sporty-elegant steel watches, and the demand for alternative design versions increased accordingly.

The Antarctique Terre Adélie Secret Alloy Limited Edition watch was conceived as a special offer to the 218 supporters of the brand at its relaunch through the purchase of so-called subscription watches – limited edition Czapek & Cie chronographs with the vintage Valjoux caliber 7733, pre-released in 2012, which helped raise funds for the project. Later, the brand changed its mind, focusing on the sentiments of collectors – the main audience of the brand – meaning the limited edition should not exceed 100 pieces, rather than the 218 pieces originally planned. As a result, a limit of 99 pieces was chosen. The name “Terre Adélie” was inspired by a trip to Antarctica by one of the company’s historical shareholders, becoming another dedication to the personalities who helped to build the brand.

Czapek & Cie found their way in this niche with a watch with a barrel-shaped case, round bezel and dial, and an integral bracelet tapering from the case to the clasp. Particularly noteworthy are the central links of the bracelet, shaped as a stylized letter C, whose width consistently decreases from the case to the clasp. This is certainly a sign of high class and means significant production costs for the branded bracelet of an integrated design. In addition, the bracelet is equipped with Czapek’s system for quick bracelet/strap changes.

The dial for the Antarctique Terre Adélie Secret Alloy Limited Edition was created by the Metalem company. The dial’s unique appearance is due to the lamé hand-finishing technique Metalem developed about 30 years ago, when textured dials were still in vogue. The lamé technique consists of creating multiple parallel strokes on the dial using a comb cutter. The characteristic strokes left by tools differ from those produced by other techniques, such as straight grinding, with deeper reflexes and contrasts.

The Czapek & Cie. Antarctique Terre Adélie Secret Alloy Limited Edition would appear to be a fine purchase for the collector looking to obtain a rare, sophisticated and elegant stainless-steel limited-edition mechanical watch from a Swiss watch brand that specialises in haute horlogerie collectible watches. The production of the Antarctique collection inaugural models has been discontinued, and early references rarely appear on the market. The combination of the elegant sporty design, stainless stees integral bracelet and haute horlogerie execution and finishing of the movement undoubtedly allows one to perceive the present watch as a worthy alternative to the great classics of this genre, and adds to the appeal of this lot.