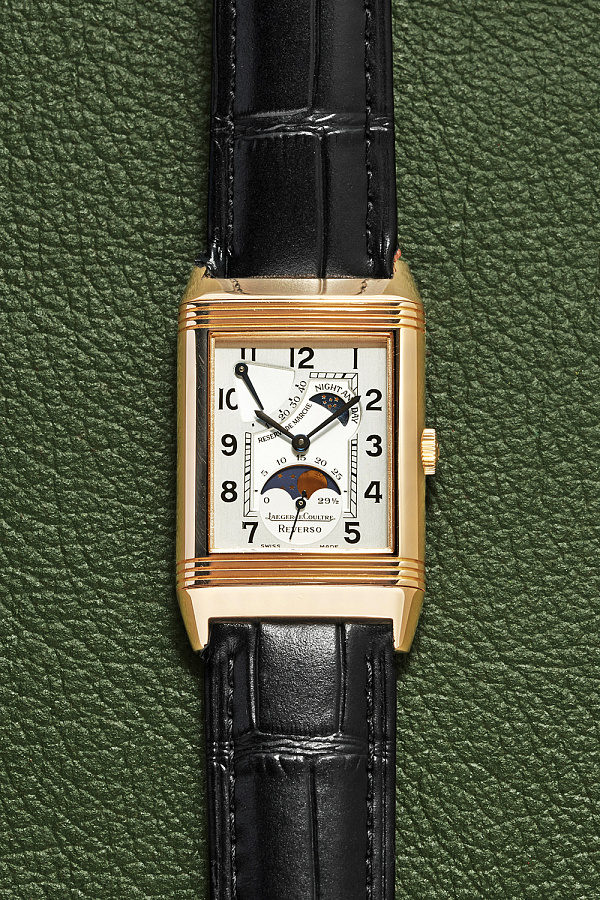 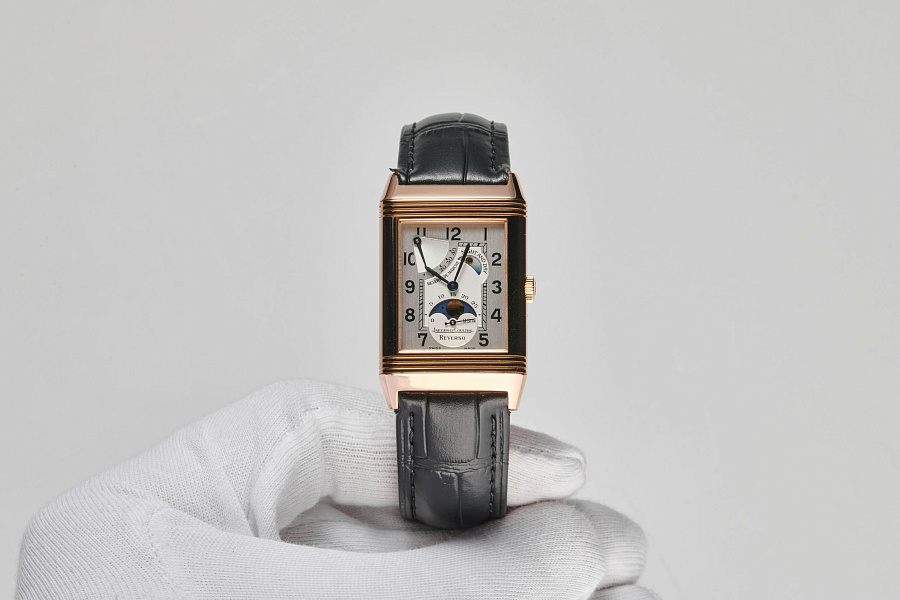 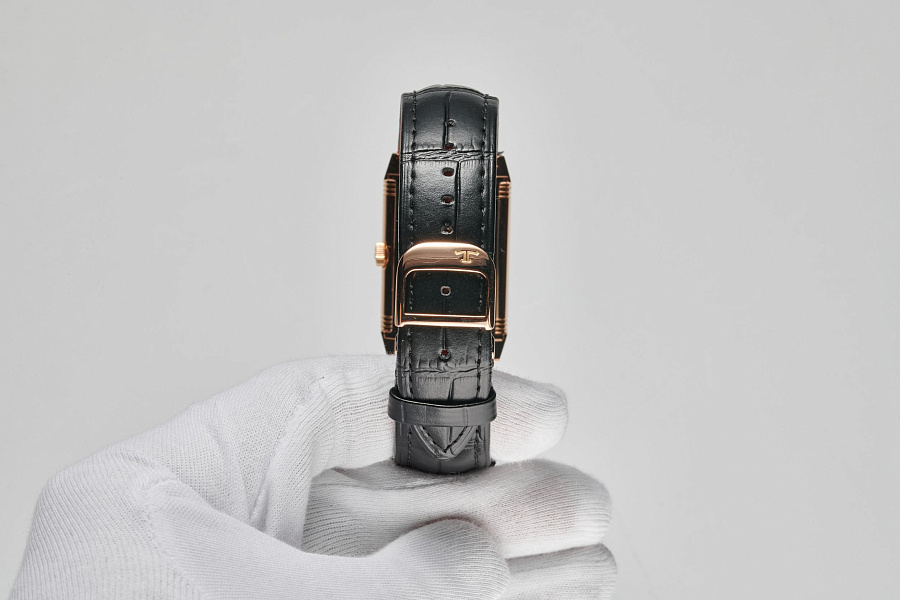 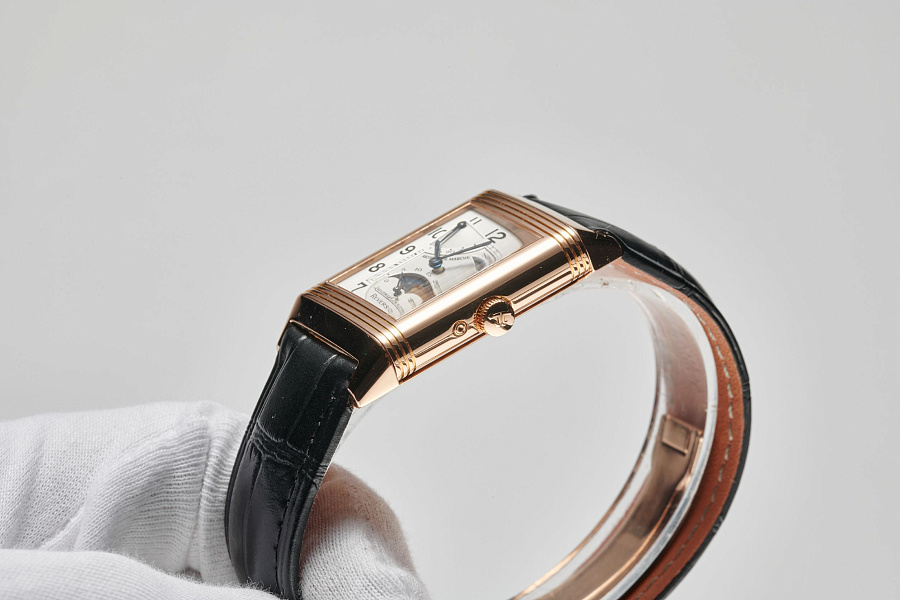 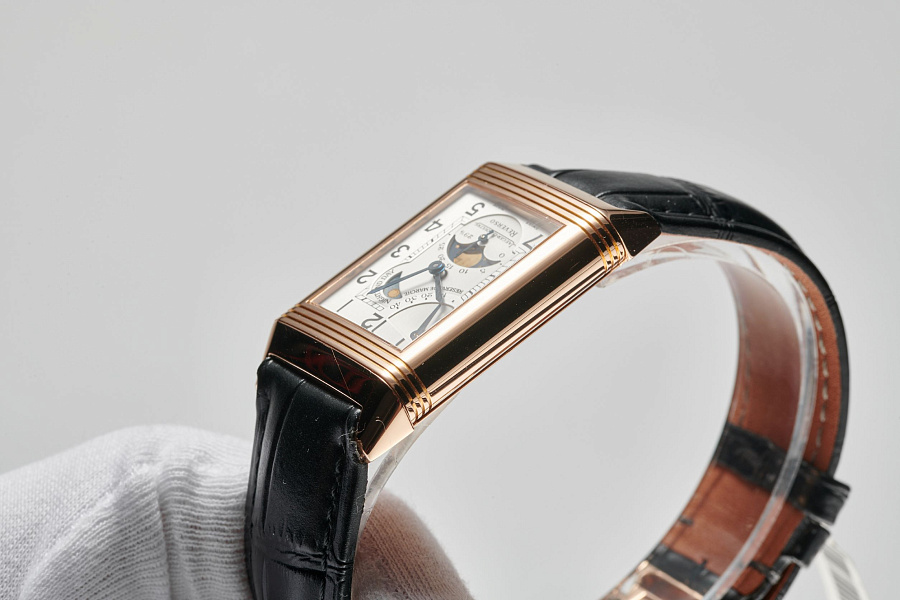 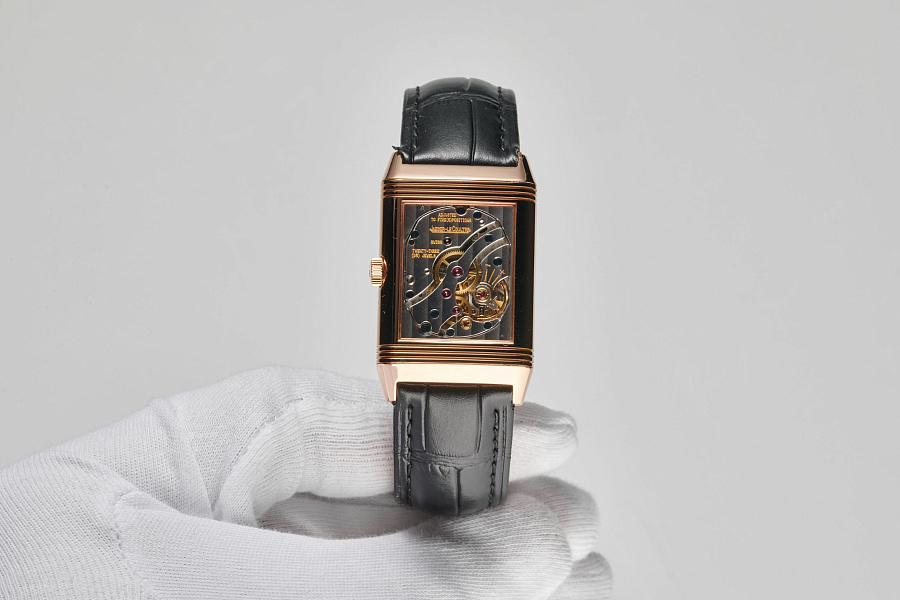 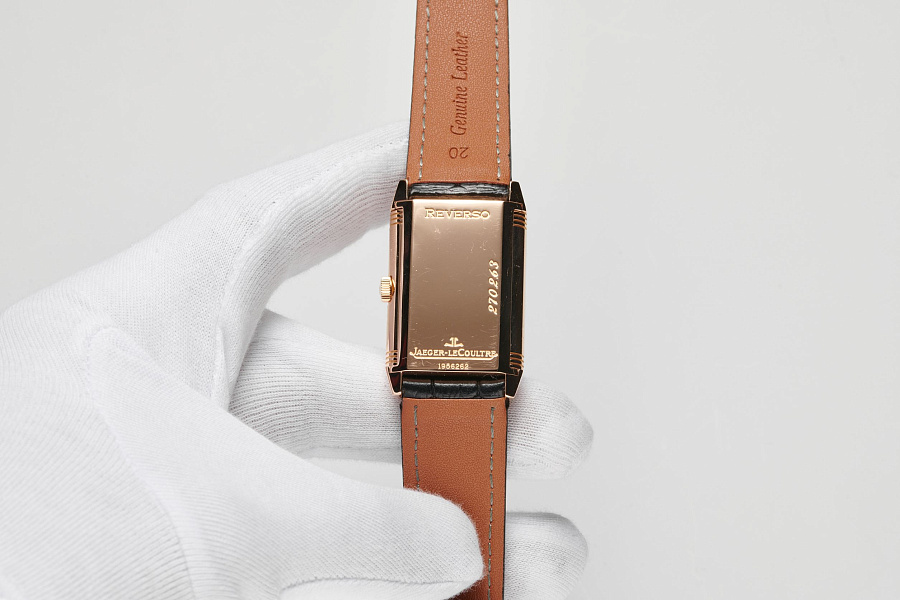 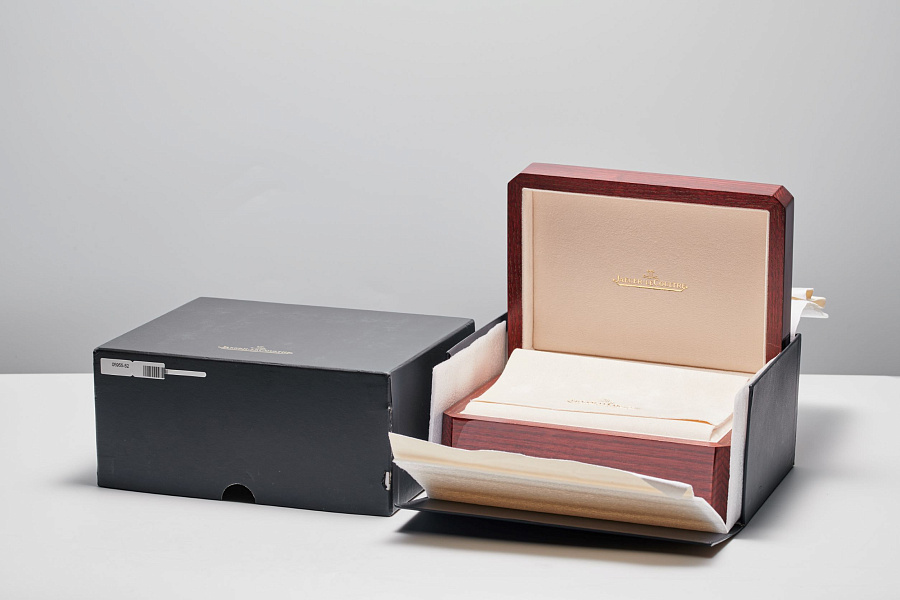 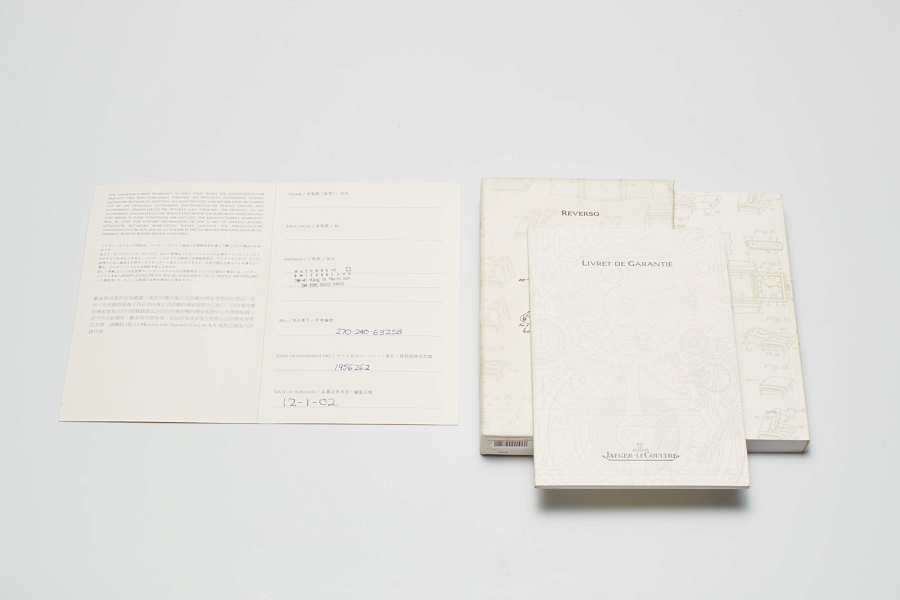 The Reverso reversible wristwatch design, invented in 1931, is undoubtedly one of Jaeger-LeCoultre's most impressive achievements, in terms of design, aesthetics and technical aspects. The intricate technology behind the impeccable reversible case is still only available to this brand, giving the Reverso a one-of-a-kind status. The reversible case of the Reverso watch may be seen as a special complication, however. Since the early 1990s, the brand has been regularly designing and producing mechanical models with additional horological functions. Most of these models were produced in limited editions. The present reference is one of the few Reversos of the 1990s, the release of which was not limited.

From the point of view of the functions presented in the watch, this model cannot be regarded as super complicated, featuring the so-called ‘small complications’ of moonphase, power reserve and day/night indicators. However, the combination of all three indicators increases the complexity of manufacturing this model, as well as its cost. Such watches have never been produced in significant numbers and are now, long after they have been discontinued, regarded as good collectors’ items.

The combination of the rare large (so-called Grande Taille) reversible Reverso case of a recognisable and unique design, developed by the brand in 1931, exquisite caliber finishing, and a set of three ‘small complications’, undoubtedly adds to the appeal of this lot.

The Reverso Sun Moon was introduced in 1999 as a complicated evolution of the Reverso 60ème (1991, the first Reserso in a Grand Taille 42.3 x 26mm case), and remained in the catalogues until 2005. Jaeger-LeCoultre offered three versions, all in precious metals: a rose gold model with a silvered dial (the present reference; Ref. 270.220.632S on a rose gold bracelet), Ref. 270.340.637SB in 18k white gold with a black dial (Ref. 270.330.637S on a white gold bracelet), and Ref. 275.64.40 in 950 platinum with a two-tone silvered and ruthenium grey dial, and engraved caliber, issued in 2003 as a limited edition of 125 pieces. It should be noted that the dials of the platinum and white gold models are marked with Art Nouveau-styled Arabic numerals, while the present reference is the only one of these three to offer appealing vintage-inspired and military-styled Arabic numerals. This is more typical of the Art Deco style of the 1930s, the era when the Reverso was launched.

On the whole, the Caliber 823, opened through the sapphire window of the caseback, leaves an extremely pleasant impression. It is finished to a high standard with hand finishing of all parts, including chamfering and polishing, heat-blued screws, engraved and gilt inscriptions, large ruby stones, bridges decorated by a Côtes de Genève striped finish, and mainplate with a perlage pattern finish. Among its indisputable advantages are the harmonious classic design and gently curved bridges. Despite the complexity of the mechanism and reversible design of its case, the watch is remarkably thin – its thickness does not exceed 9.66mm, making it an excellent daily companion flawlessly combined with formal wear.

Reverso Sun Moon Ref. 270.240.632SB would be a fine purchase for a collector, who will receive a fine and rare astronomical mechanical wristwatch from a world-famous traditional watch brand, one of the undoubted leaders in the haute horlogerie watch market. The combination of the rare large (so-called Grande Taille) reversible Reverso case of a recognisable and unique design, developed by the brand in 1931, exquisite caliber finishing, and a set of three ‘small complications’, undoubtedly adds to the appeal of this lot.