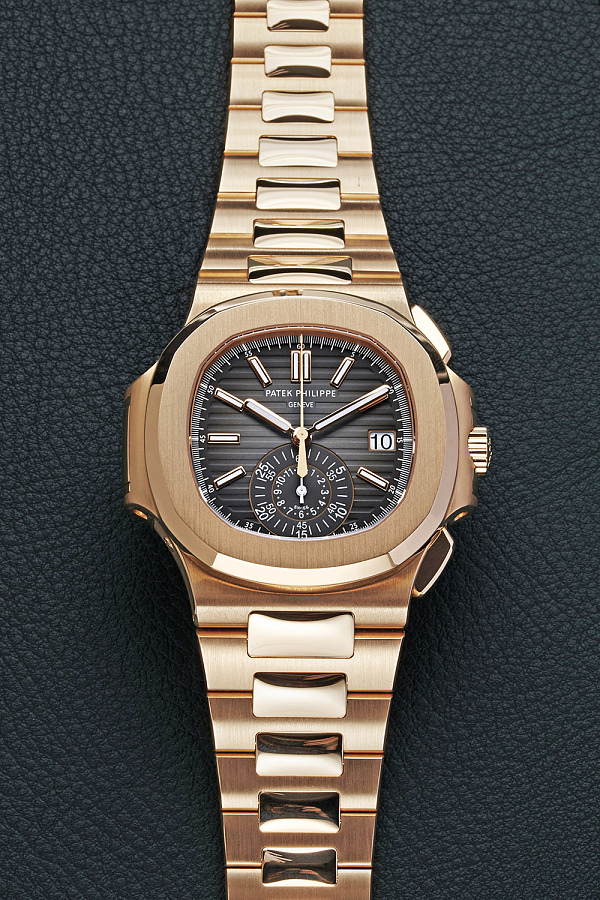 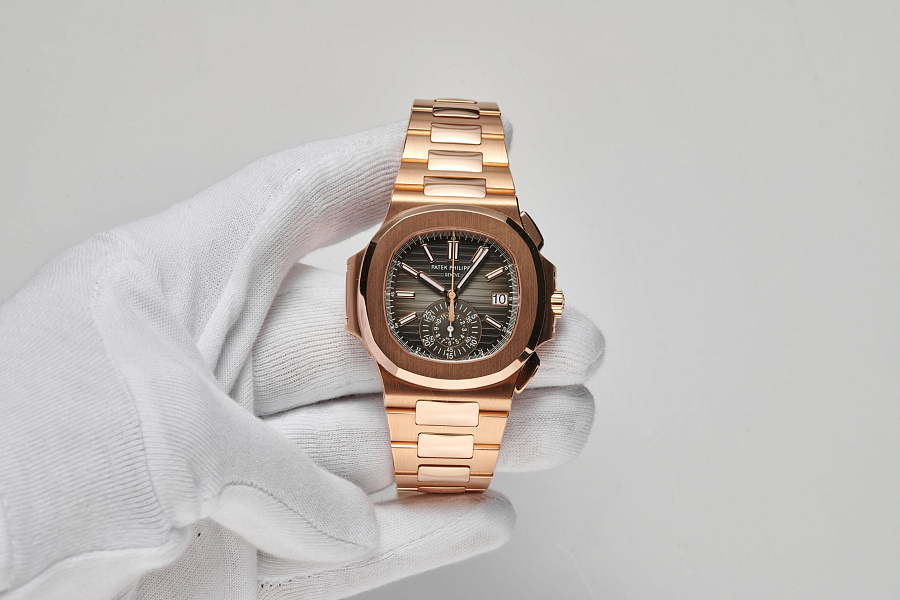 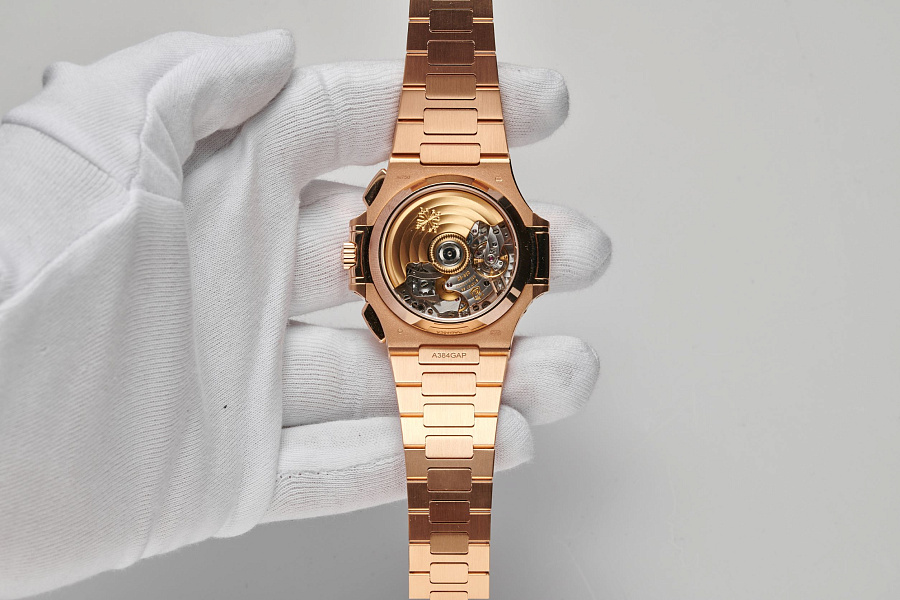 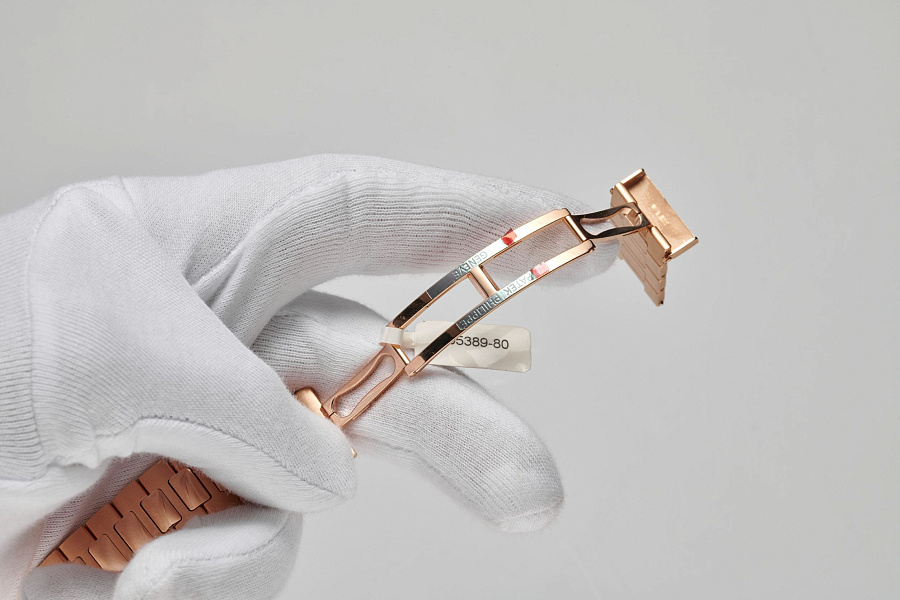 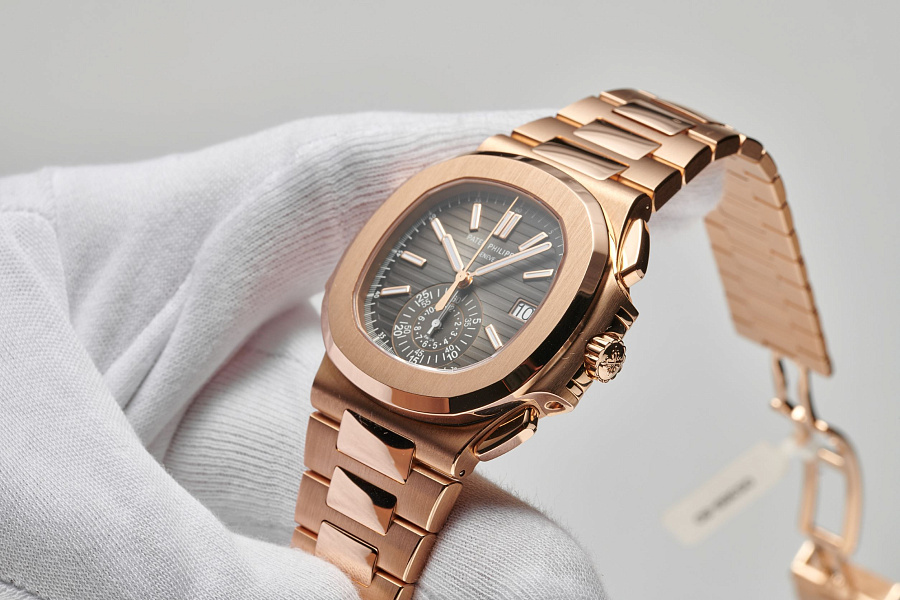 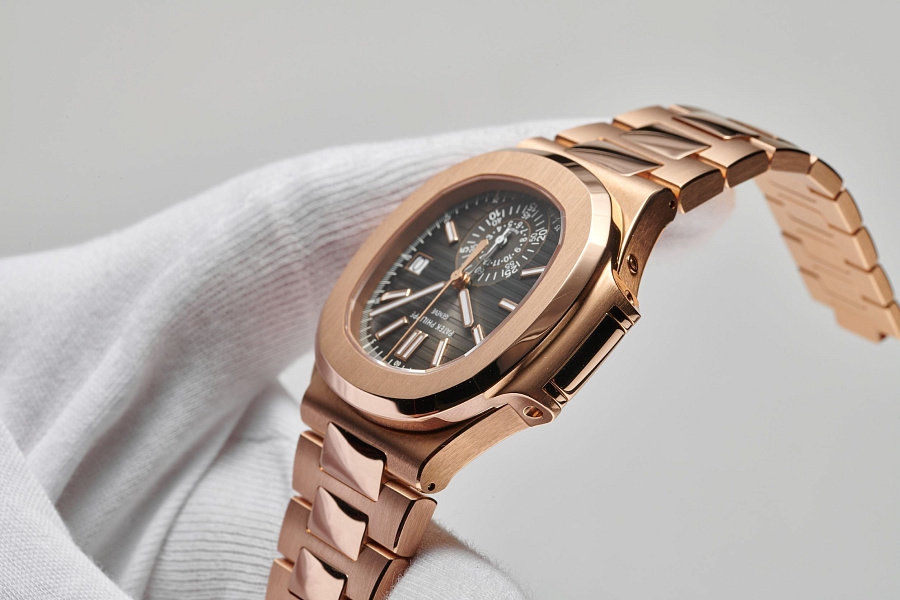 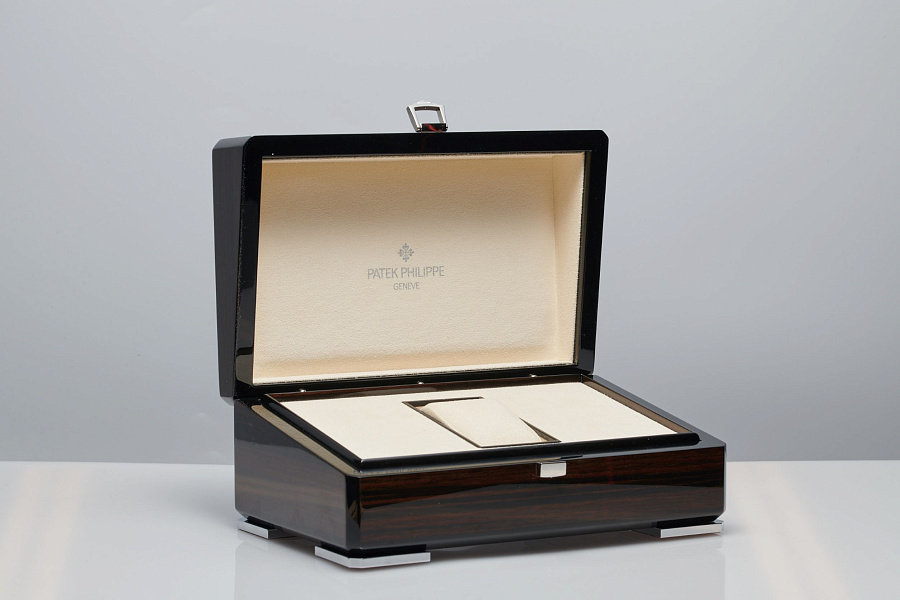 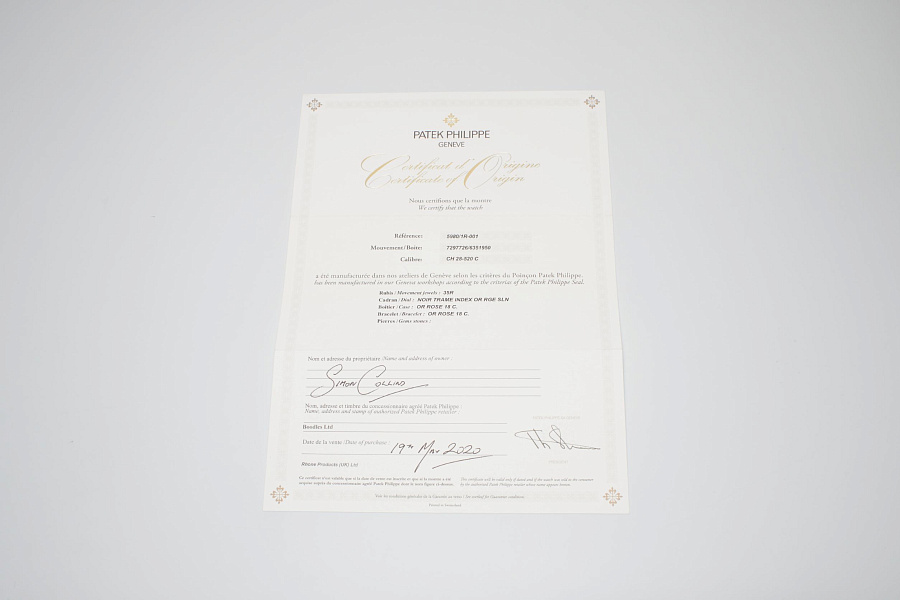 In 2006, to commemorate the 30th anniversary of Nautilus, the first Patek Philippe sports watch, the brand introduced several new references. These included Ref. 5711, a new version of the original Nautilus ‘Jumbo’; the date and moonphase Ref. 5712; and – for the first time in the Nautilus collection – the automatic chronograph Ref. 5980 in steel. The Ref. 5980 watch was powered by Patek Philippe’s first in-house self-winding chronograph caliber CH 28-520, which opened up a new alternative for customers of the brand. Thus, sports automatic chronographs suitable for everyday wear appeared in the collection for the first time, becoming a welcome addition to the brand’s collectible high-end manual-winding chronographs of a traditional design. Furthermore, the 5980 in stainless steel was discontinued in 2014 and replaced by the stainless-steel Ref. 5990 with an additional second time zone complication, itself discontinued in 2021.

Patek Philippe officially announced the present full-gold reference 5980/1R-001 in April 2013. Huge, with a case in 18k rose gold and on a solid-gold bracelet of an integral branded design, it is eye-catching and utterly luxurious, showing all the characteristic features of the brainchild of the famous Gérald Genta. This is one of the most impressive modern chronographs available on the market today. Phillips auctioneers nicknamed the full-gold Nautilus Chronograph Date as ‘The Boss’. From our point of view, it is a kind of belated Royal Oak Offshore, but without the avant-garde extremes in design – an excess of gold, a respected golfer’s sporty style, and a touch of cute traditionalism. And besides, excellent collectible prospects.

This is one of the most impressive modern chronographs available on the market today. Phillips auctioneers nicknamed the full-gold Nautilus Chronograph Date as ‘The Boss’.

Caliber CH 28-520 is notable as Patek Philippe’s first in-house self-winding chronograph. It features a rare flyback function, allowing the wearer to stop, reset and restart the chronograph measurement with a single push of the chronograph reset button. The central rotor in 21k gold offers a power reserve of up to 55hours. The modern design with vertical clutch, column wheel and silicon hairspring reflects the intention of the brand to use the caliber in their daily wearable watches. Patek Philippe introduced it in 2006, during which time it has undergone several modifications, including the replacement of the traditional Breguet-overcoil hairspring with a new in-house silicon Spiromax hairspring and the abandonment of the Poinçon de Genève quality certification in favour of its own Patek Philippe Seal certification. The CH 28-520 C/522 12-hour counter and date caliber version of the present example features a Spiromax hairspring and Patek Philippe Seal.

The caliber is executed with Patek Philippe’s impeccable technical workmanship and exquisite artisanal finishing of all parts. The quality of workmanship is confirmed by the Patek Philippe Seal quality hallmark, introduced in 2009 to replace the Poinçon de Genève, the ancient hallmark of Geneva watchmakers, which nevertheless retains its high prestige.

The modern design with vertical clutch, column wheel and silicon hairspring reflects the intention of the brand to use the caliber in their daily wearable watches.

The style and quality of the finish can be described as outstanding. The movement is entirely decorated according to haute horlogerie standards, using traditional techniques including bridges adorned by Côtes de Genève stripes, perlage on the mainplate, côtes circulaires and perlage on the 21k gold central rotor with engraved Calatrava logo, and inscriptions which are engraved and gilded. The chamfers are bevelled and mirror polished, the screw heads are flat polished, and the slots for the screws, pins and jewels are chamfered and polished as well. The chronograph mechanism springs and levers are embellished with finely executed straight grinding and hand-polished chamfers, while the wheels are circularly brushed.

Ref. 5980/1R-001 is still in the brand’s catalogue. During its production span from 2013 to the present, a significant modification was revealed, undertaken by the brand in 2021. It touched upon the execution of the bracelet, the first version of which was marked A384GAP and featured a one-piece clasp top cover part engraved with the Calatrava cross. This version of the bracelet was discontinued in 2021, replaced by a second design, designated as A384QAP. We call the new version the ‘broken Calatrava’, as the brand’s symbol is engraved on two facing parts of the folding clasp. Note that, according to our observations, in 2021 the brand released both versions of Ref. 5980/1R-001. The present lot belongs to the first – the ‘solid Calatrava’ – type of bracelet A384GAP. As such, this version is currently out of production, which definitely boosts its attraction as a collectible.

Nowadays, due to the incredible popularity of Patek Philippe Nautilus watches, Ref. 5980/1R-001 is seeing a fabulous increase in prices in the previously worn watch market, indicating significant interest in this item as a collectible and as an investment.