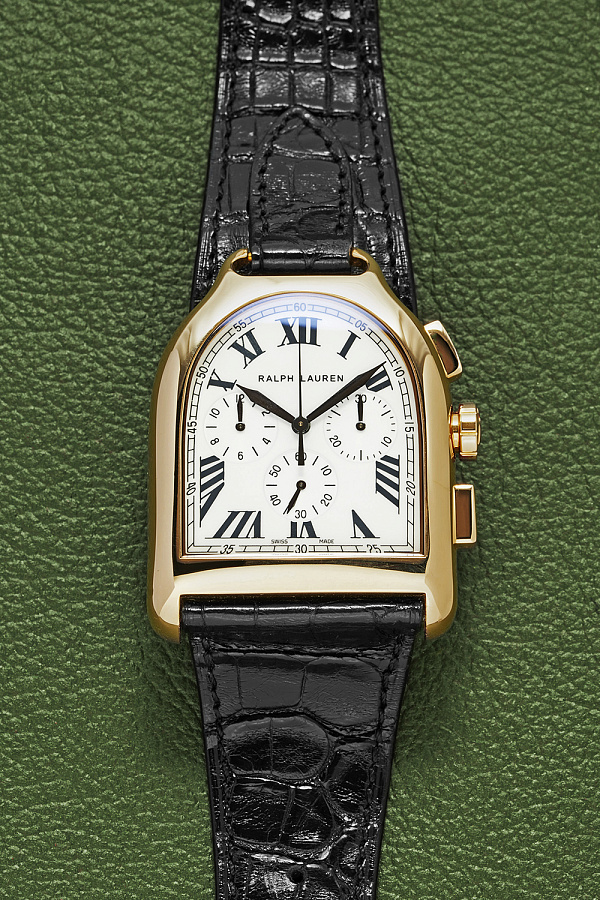 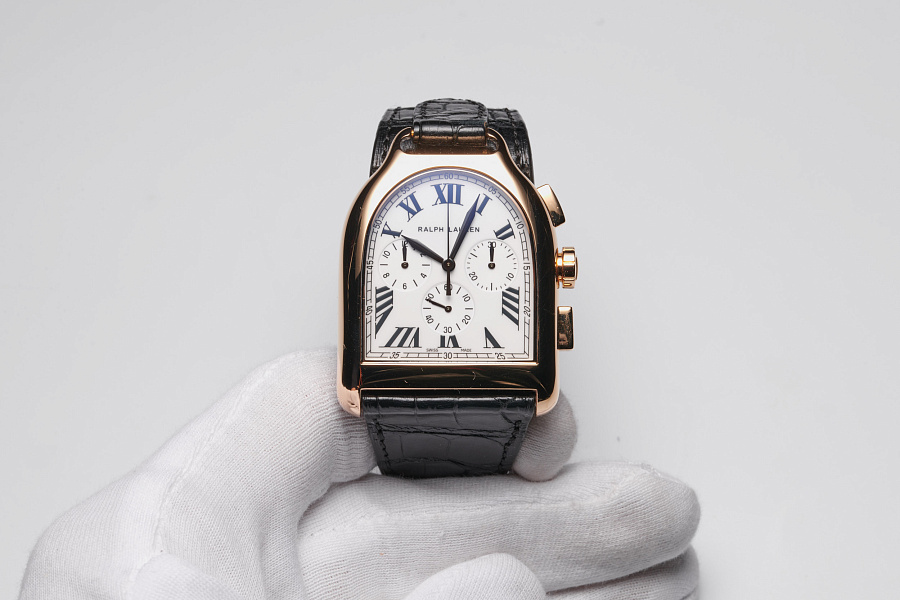 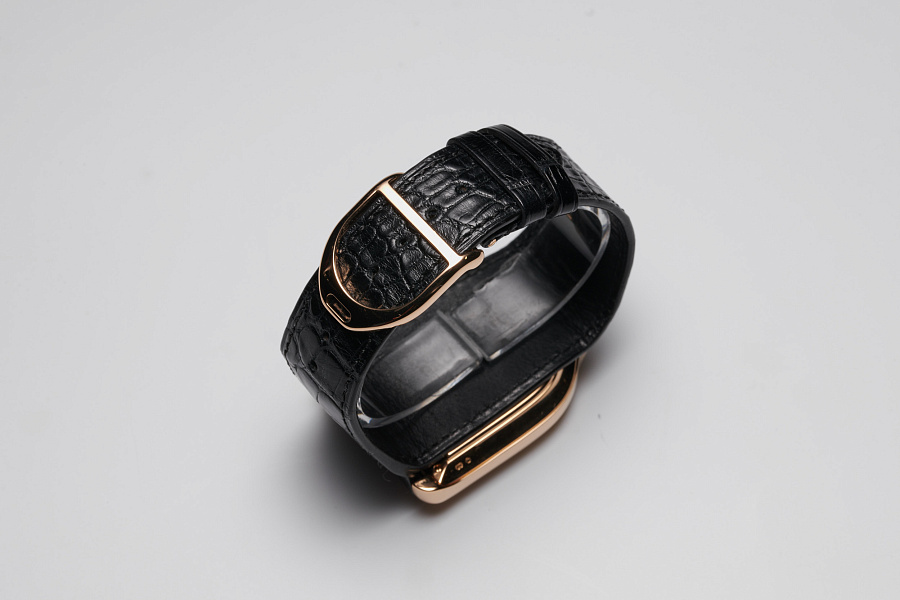 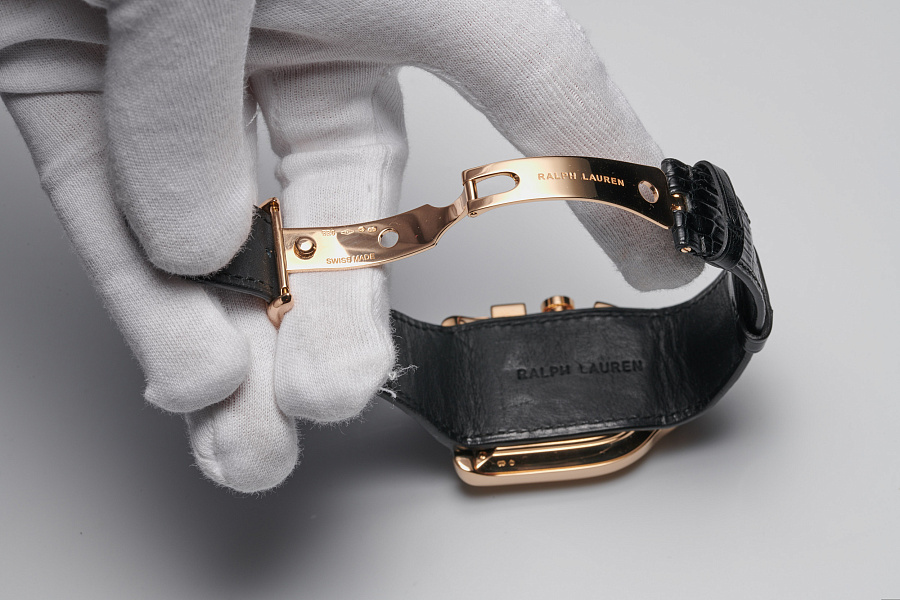 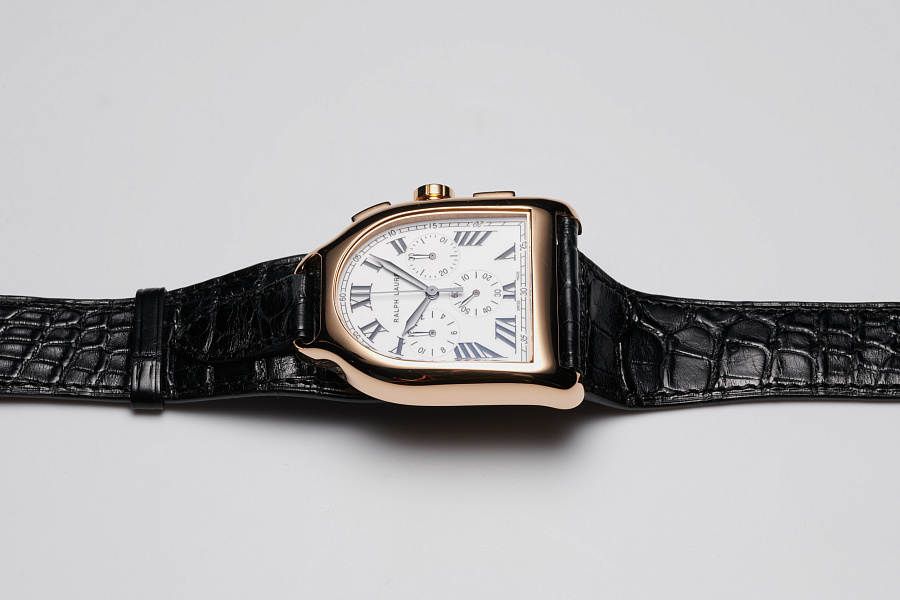 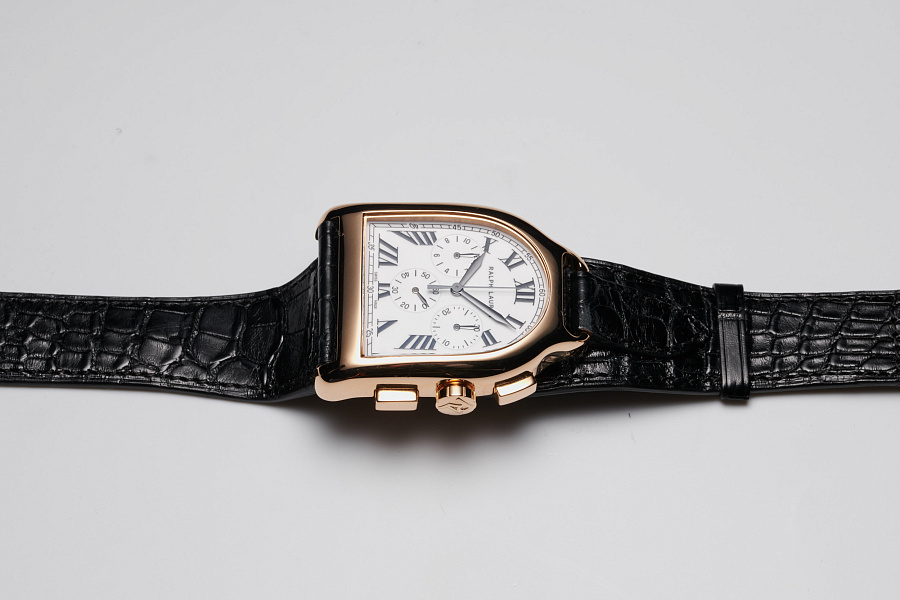 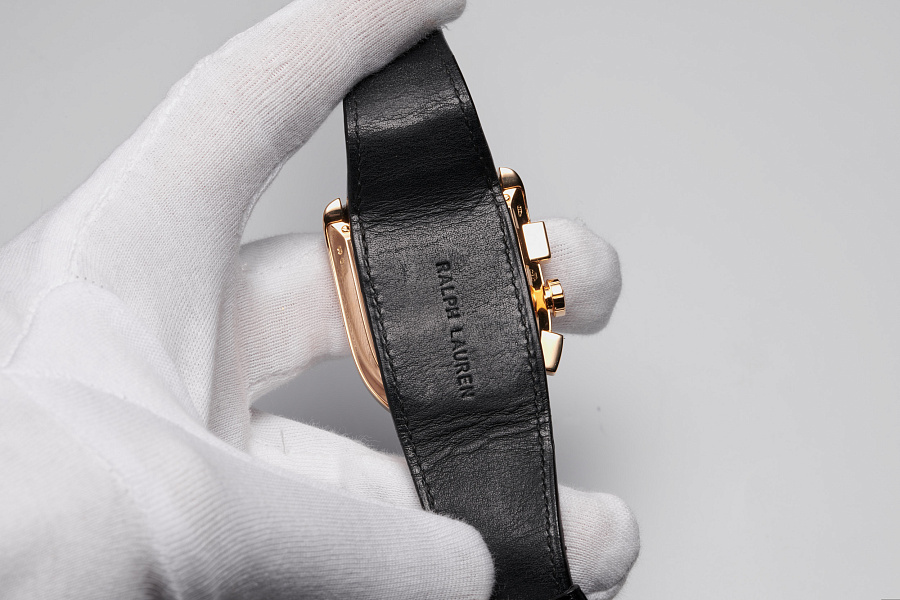 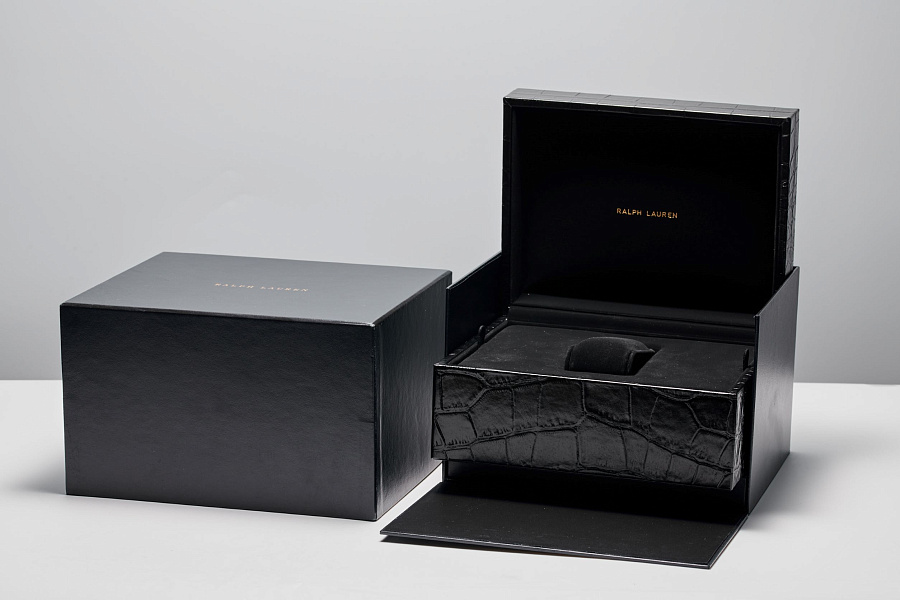 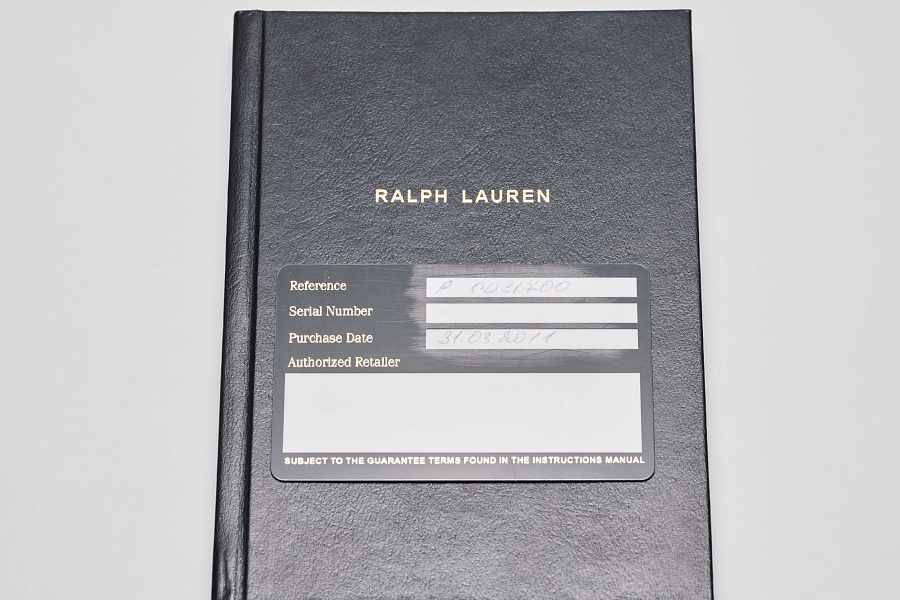 In March 2007, the Richemont luxury group and Polo Ralph Lauren Inc. announced the formation of a joint venture, the Polo Ralph Lauren Watch and Jewelry Company, to design and create luxury watches and fine jewelry. The Stirrup collection of uncommon bell-shaped watches was introduced in 2009, when Ralph Lauren watches officially made their debut, and is still a cornerstone of the Ralph Lauren watch collection. The Stirrup Large Chronograph in 18k rose gold, the present reference, was launched the same year. At the moment it is discontinued, while stainless steel models remain in the collection.

Although watches of this brand are in the shadow of the collections of other, more traditional manufacturers, from the point of view of fine watchmaking, they are very attractive. In their favor is the fact that the Ralph Lauren collection is produced at the manufactories of the Richemont group, specializing in the production of luxury watches, and is equipped with rare movements that are usually not available to brands outside the group. In particular, Cartier, Piaget, IWC and Jaeger-LeCoultre calibers can be found in Ralph Lauren watches.

The Stirrup collection in this sense is very reminiscent of the Cloche de Cartier watches, and very ingeniously complements it, since high-end chronographs have never existed in this Cartier collection.

The Stirrup Large Chronograph is powered by an RL750 self-winding column-wheel and vertical clutch chronograph caliber, which is a result of the Richemont group’s R&D department, implemented in calibers 1904-CH MC (Cartier), 751 (Jaeger-LeCoultre) and 1160P (Piaget). According to the stated technical characteristics, it is closer to the calibers 1904-CH MC and 1160P, although widespread information tends to favor Jaeger-LeCoultre’s development of the movement. In any case, the caliber RL750 belongs to the family of haute de gamme movements, and is designed with everyday usage in mind – a very respectable and valuable specialty.

Design-wise, the Stirrup Large Chronograph is closest to some of the Cartier watches, where this brand allows itself to go beyond generally accepted limits and create unusual exotic designs. The Stirrup collection in this sense is very reminiscent of the Cloche de Cartier watches, and very ingeniously complements it, since high-end chronographs have never existed in this Cartier collection.

The Ralph Lauren Stirrup Large Chronograph Ref. RLR0031700 would appear to be an attractive purchase for the collector and connoisseur of fine watchmaking due to its impressive unusual design, and respectable and valuable self-winding column-wheel and vertical clutch chronograph caliber. The present lot is easily recognizable and instantly memorable, and represents one of the most spectacular, albeit definitely underestimated, pages in the history of modern chronographs. This is definitely a watch with a strong and distinctive character, and therefore it would be an attractive daily wearer.