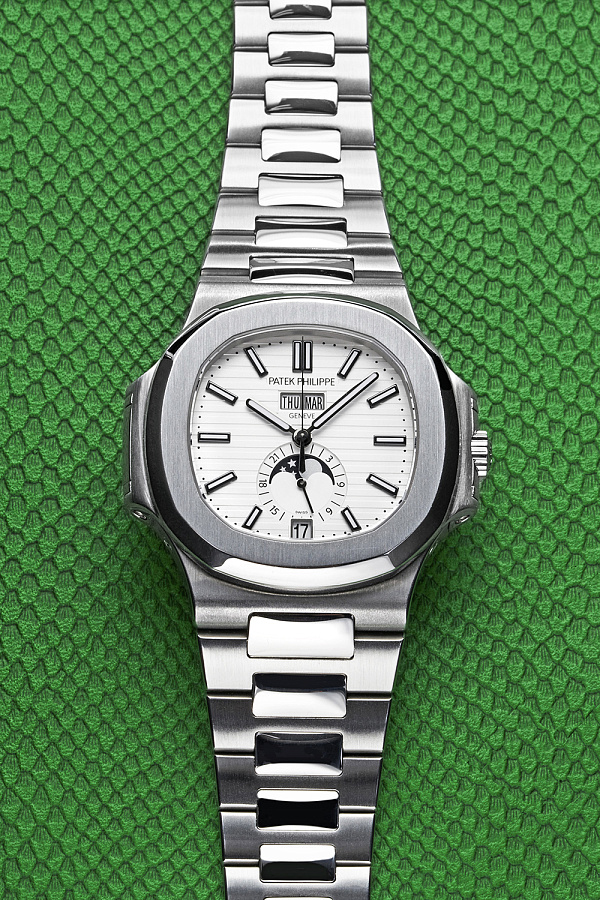 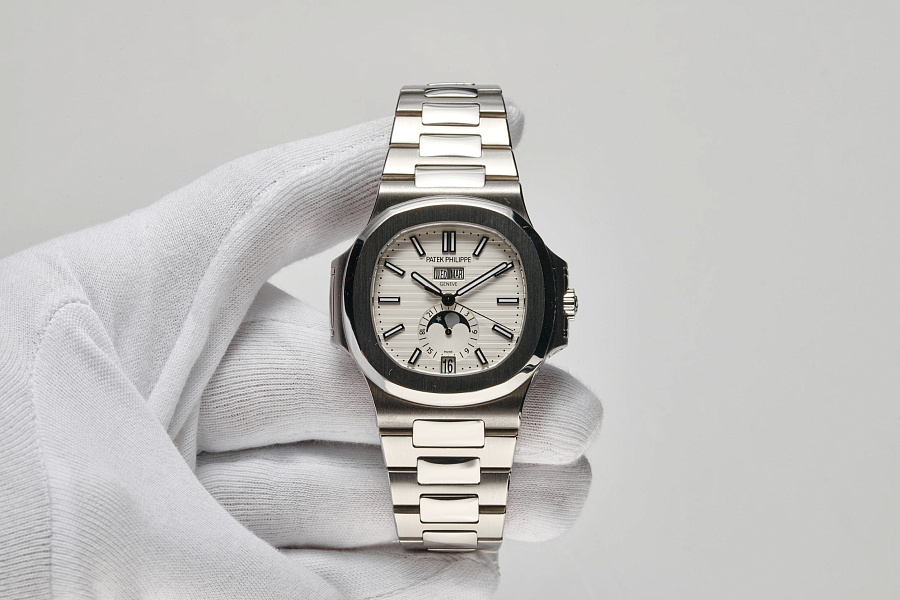 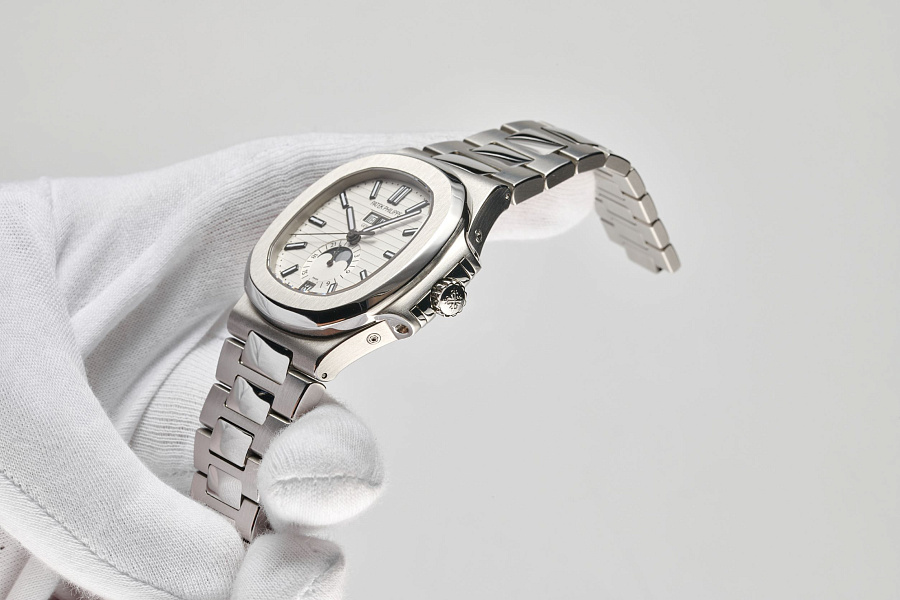 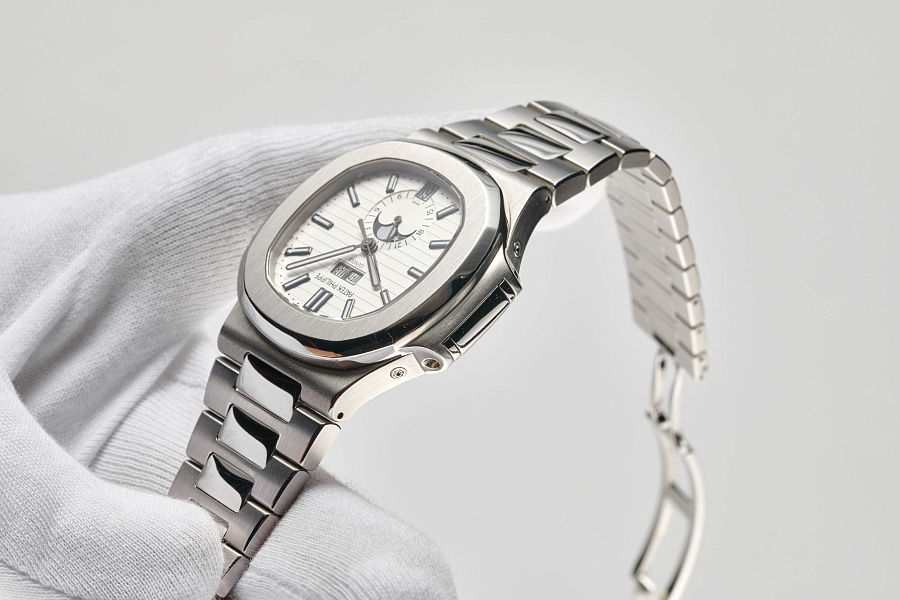 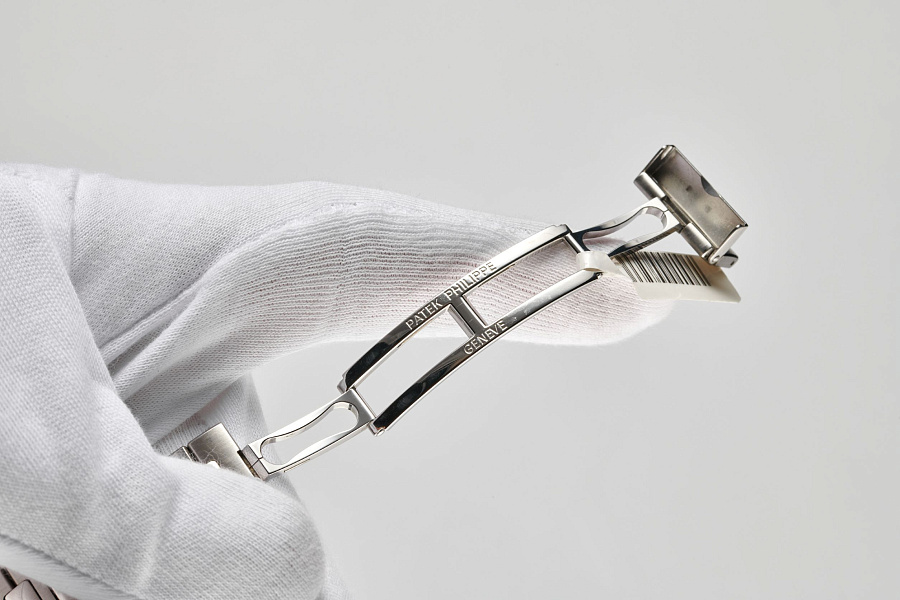 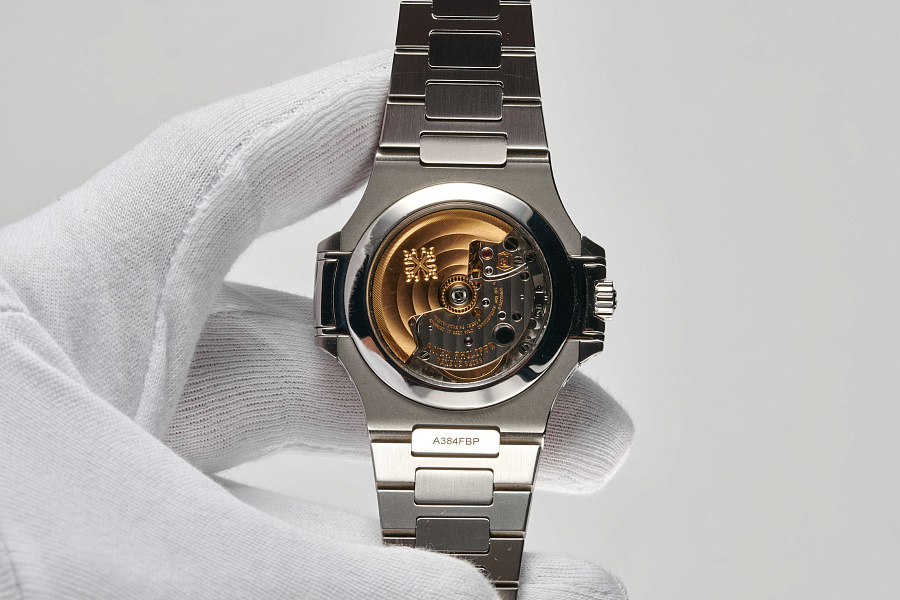 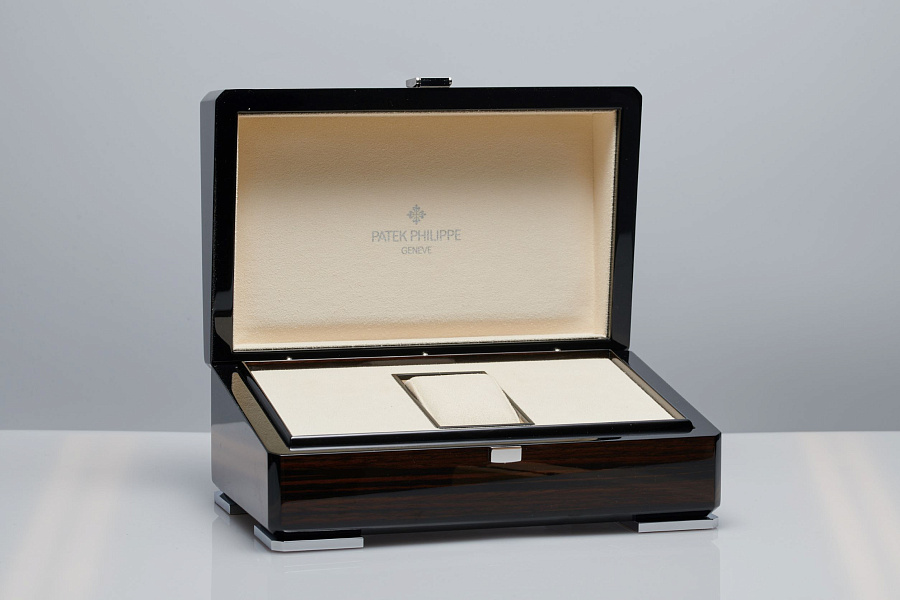 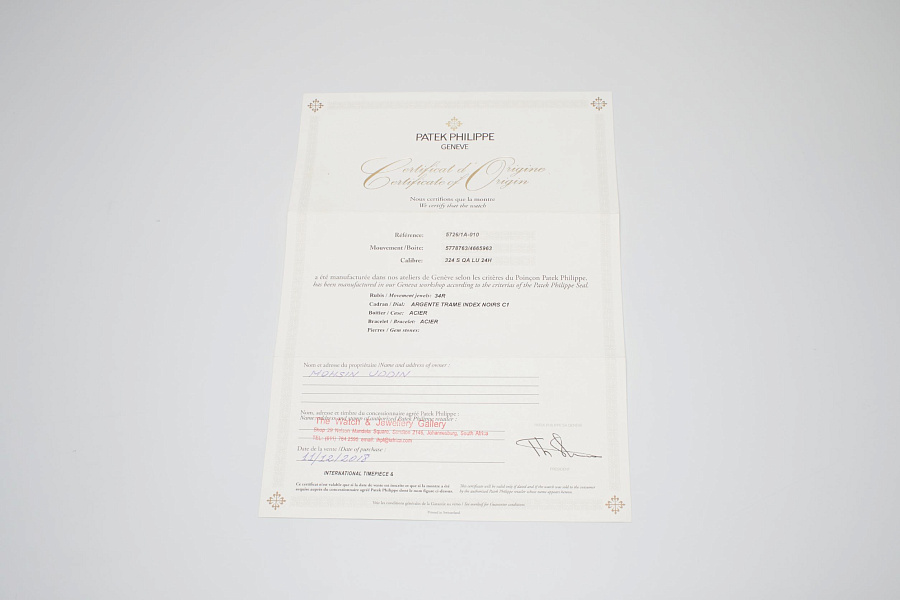 Reference 5726, a charismatic, rare and sporty stainless-steel annual-calendar wristwatch of the famous Swiss watch brand Patek Philippe, was launched in 2010 as the first ever calendar complication model of the sought-after Nautilus collection. It should be noted that Patek Philippe has the fame of an inventor of the annual calendar complication, patented in 1996. The peculiarity of the annual calendar is its positioning between a simple triple (complete) calendar and a much more complex perpetual calendar. Accordingly, the triple calendar requires manual adjustment at least five times during the year when the month is less than 31 days long, perpetual calendars do not require adjustment at all – at least until the year 2100, and the annual calendar with constant use will have to be manually adjusted to a new date only once a year – during the transition from February to March.

Prior to be implemented in reference 5726 this compilation was used exclusively in classical-styled watches, although the use of this useful and practical complication in a steel watch with a sporty-elegant design intended for everyday wear seems relevant. However, the Nautilus watch did not receive the original standard version of the caliber with characteristic pointer indicators for the day of the week and month, but specifically for the reference 5726 Patek Philippe developed a new version – caliber 324 S QA LU 24H/303 with indicators for the day of the week and month in the apertures at 12 o’clock, and with a date aperture, a moon phase indicator and 24-hour display at 6 o’clock. As a result, the dial of the watch has become very similar to the dial of the charismatic vintage perpetual calendars of the brand, for example, the reference 3448.

Patek Philippe has the fame of an inventor of the annual calendar complication, patented in 1996.

Ref. 5726A-001, launched in 2010, was fitted with a grey to black gradient dial, also known as ‘fumé dial’, and came on a leather strap only. It is interesting to note that this reference is still produced. Two year later, in 2012, the present reference 5726/1A-010 was the second version of the Nautilus Annual Calendar. For the very first time the Nautilus watch features a stunning white dial, with the original Nautilus’ horizontal embossed stripes, and blackened gold indexes and central hands, filled with lumi. It is this combination of a white embossed background, blackened gold hands and markers, and the typical dial arrangement of vintage Patek Philippe perpetual calendars, that creates the incomparable charisma of the present reference. Launched in 2012, it was followed by Ref. 5726/1A-001, a bracelet version of the original 5726A-001.

Caliber 324, a Patek Philippe full-rotor self-winding in-house movement, was developed in early 2000s as a modernized version of a previous-generation self-winding caliber 315. The gradual replacement started in 2004. One of the earliest examples featuring new 324 movement was Annual Calendar ‘Advanced Research’ Ref. 5350 of 2006, it was one of the first wristwatches with a silicon balance spring ever produced.

The present caliber 324 S QA LU 24H/303 has a classic layout in keeping with the Geneva tradition, this is exactly what you expect from the movement of the venerable brand from Geneva. The quality of workmanship is confirmed by Patek Philippe Seal quality hallmark, introduced in 2009 to replace Poinçon de Genève, the ancient hallmark of Geneva watchmakers, which nevertheless retained its high prestige.

Specifically for the reference 5726 Patek Philippe developed a new version – caliber 324 S QA LU 24H/303 with indicators for the day of the week and month in the apertures at 12 o’clock, and with a date aperture, a moon phase indicator and 24-hour display at 6 o’clock.

The style and quality of the finish can be described as outstanding. The movement is entirely decorated according to haute horlogerie standards, using traditional techniques including the bridges adorned by Côtes de Genève stripes, perlage on a mainplate, côtes circulaires on 21k gold central rotor with engraved Calatrava logo, the inscriptions, which are engraved and gilded. The chamfers are bevelled and mirror polished, the screw heads are flat polished, the slots for screws, pins and jewels are chamfered and polished as well.

The collector’s appeal of Ref. 5726/1A-010 was greatly enhanced when it was discontinued in 2019, which accompanied by the introduction of the third and at the time being last gradient blue dial version Ref. 5726/1A-014. It was at that moment that the secondary market experienced Nautilus-fever, which coincided with a dramatic increase in the quotes of Ref. 5726/1A-010, the offer of which is significantly smaller than other references. That’s why the present reference quickly became a true collectible.