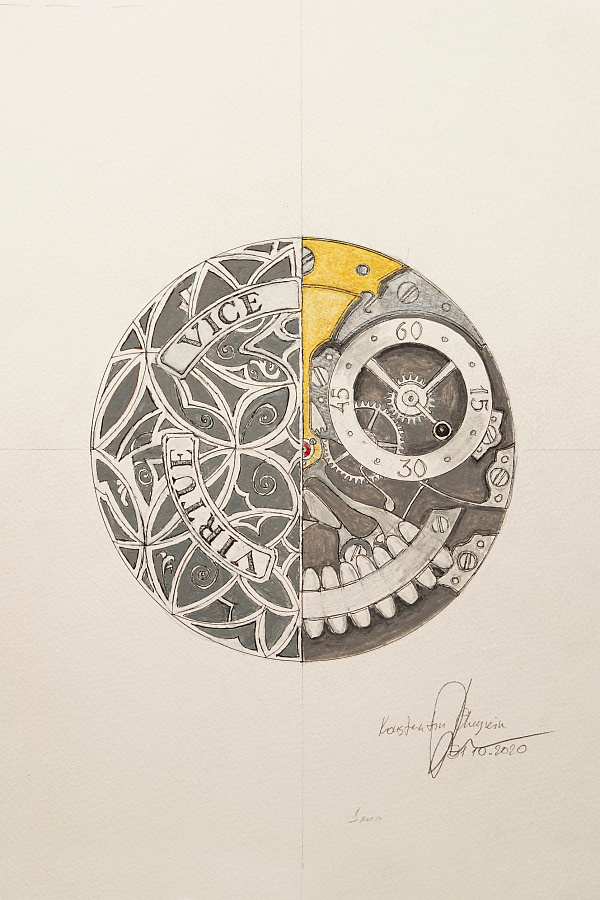 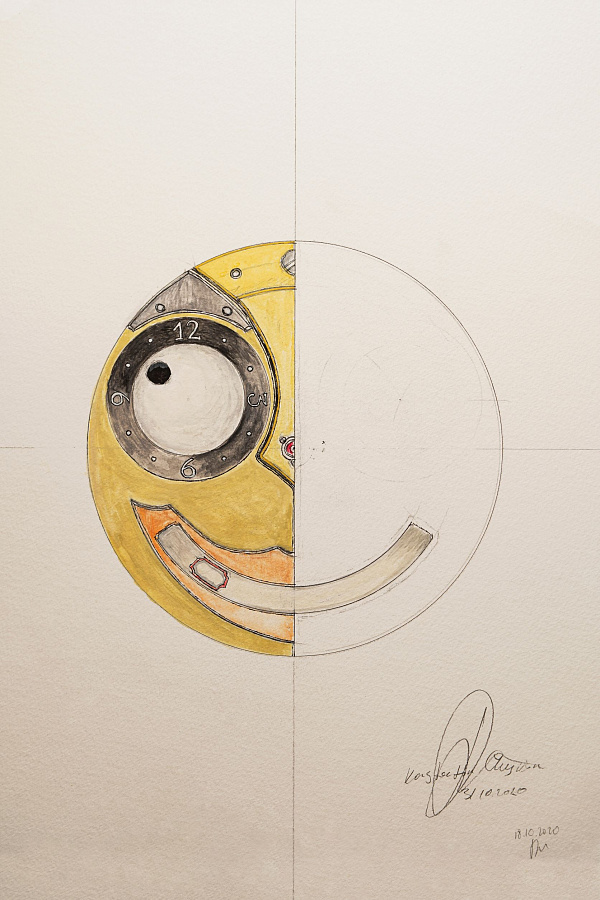 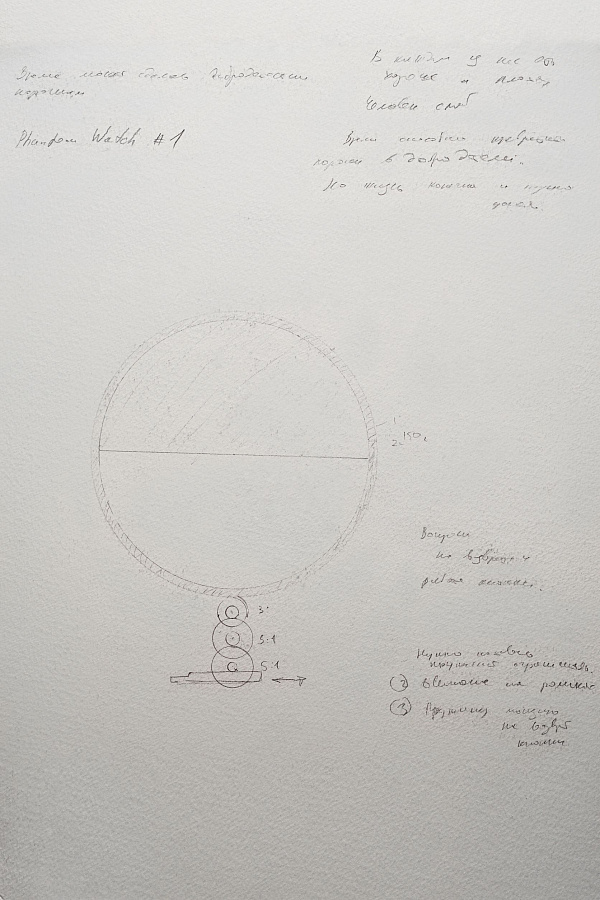 Two sketches of an enigmatic and witty watch in the style of the famous Wristmons Collection by Konstantin Chaykin. The idea for these timepieces appeared during the preparations for the Only Watch 2021 auction. The master came up with the concept of combining two emotions, "good" and "evil", on a single dial. Master planned to use the rotating curtain to trigger the change of expressions on the dial. The watch was symbolically named Virtue and Vice.

The master came up with the concept of combining two emotions, "good" and "evil", on a single dial.

Chaykin expressed this contradiction in his sketches. In the first one, you can see a rotating curtain on the left with an intricate ornament in the spirit of the British Arts & Crafts. The right part is a skeletonized movement with a round "eye" (a minute indicator). The master used the technique of grisaille to highlight a fragment of the movement in brass colored watercolor. The second sketch shows the left, "virtuous" part of the dial, hidden by the ornamentation.

Chaykin showed these sketches to the founder of Only Watch in November 2020. However, the idea was abandoned because of the difficulties that arose during at development stage. The movement could not be produced by the auction date. While working on these sketches, the master came up with another concept. A skeletonized dial and a retrograde indicator hidden in a "smile" shaped the famous Martian Tourbillon watch.

While creating a collection of watches, Konstantin Chaykin made numerous sketches, in which he, as an artist, tried to depict the timepieces he had conceived. The watchmaker has gathered these ideas into a special collection – the Phantom Watch series.

The collection includes the inspirational sketches of watches created by Chaykin, the projects which can't be realized for some reasons. The master cherishes every thought he conceived, so he decided to give these inventions a chance on paper.