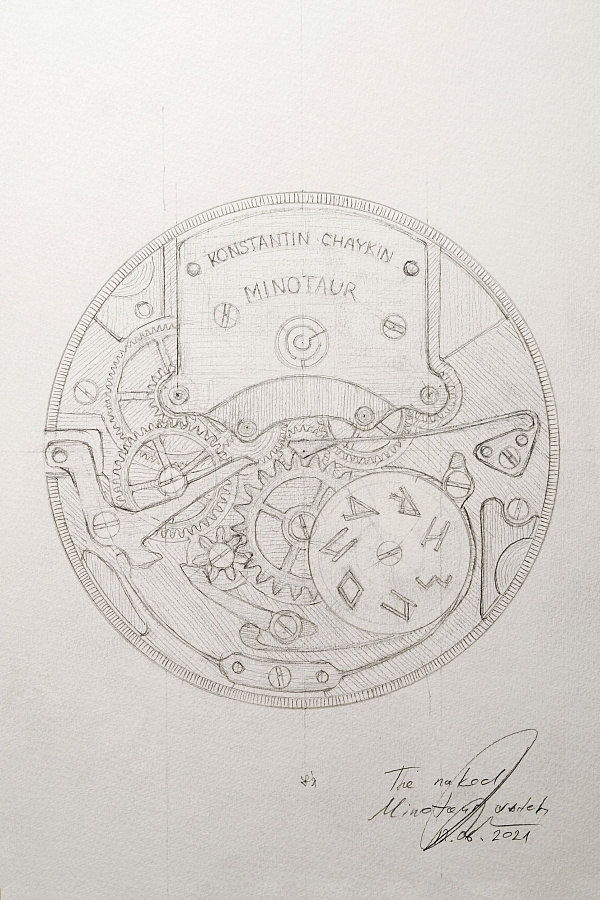 Konstantin Chaykin is constantly rethinking the constructions of his future movements, recording his ideas in pencil sketches. This is a sketch of the Minotaur watch's movement. The watchmaker invented and patented the two-disk day indicator especially for this watch. The sketch shows a design with two circles at the bottom of the movement.

The watchmaker pays particular attention to the surfaces. Each part has a distinctive hatchwork, conveying the specifics of the movement's treatment and finishing when made in metal. According to the standards of haute horlogerie, every part should look perfect even if the movement is hidden in the case. This idea is also recorded in Chaykin's sketches.

Konstantin Chaykin uses his drawings and sketches not only to imagine the future timepieces, but also to develop the movements. The master draws in his notebooks the individual knots and ideas of movements that can realize the functions he has invented. As a result, he makes a final sketch of the assembled caliber.