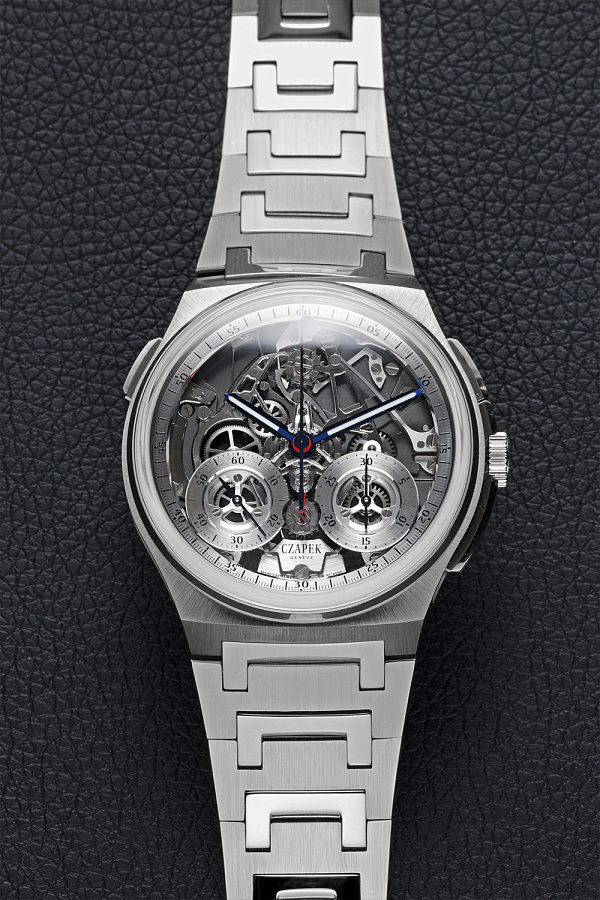 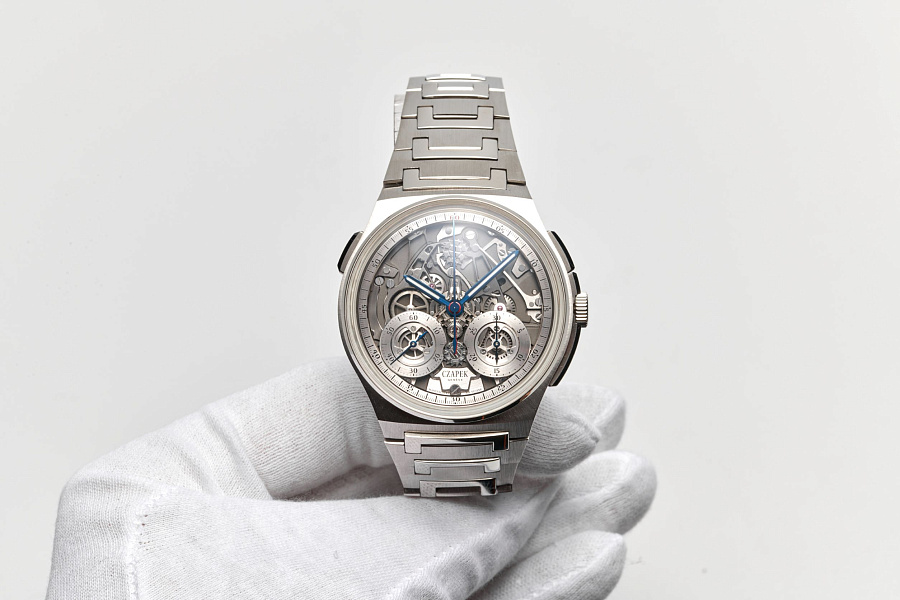 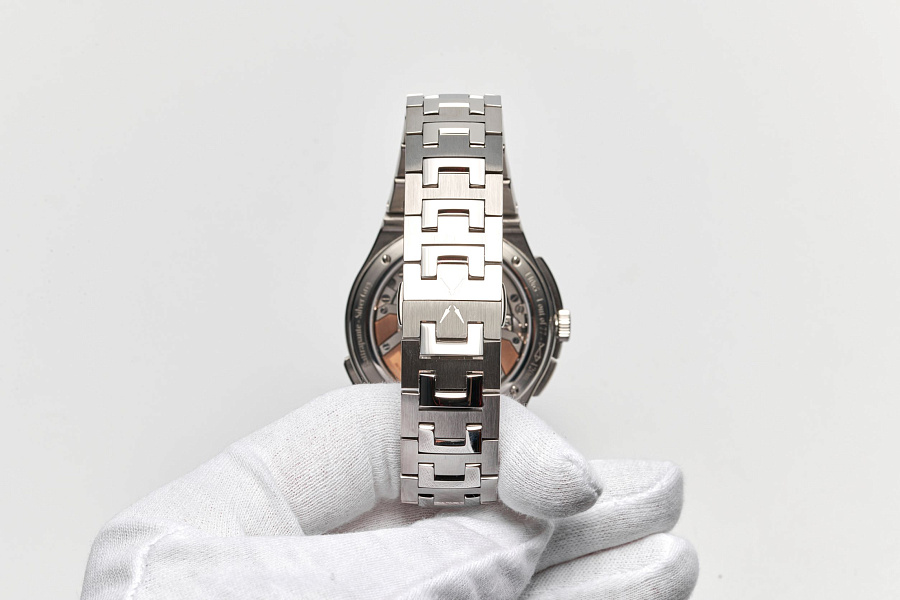 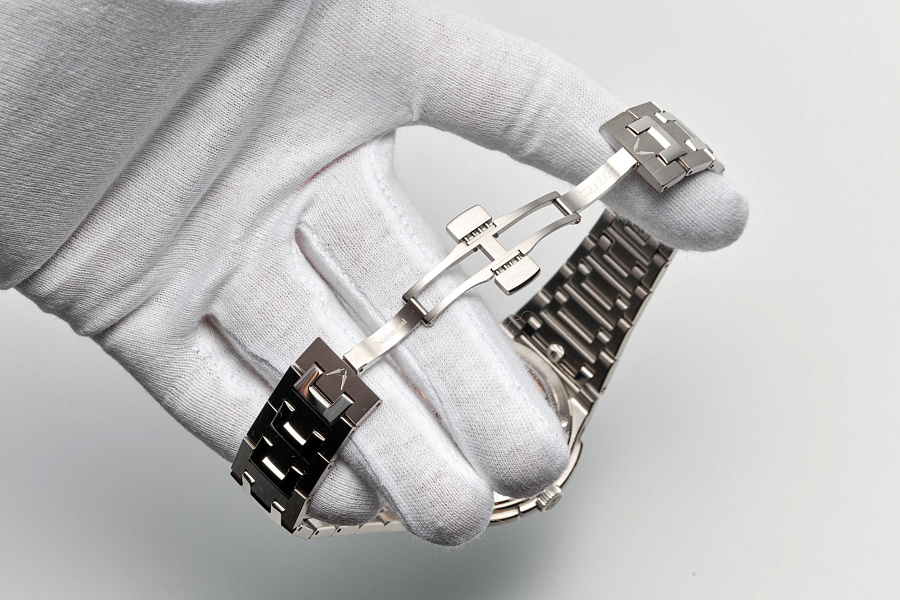 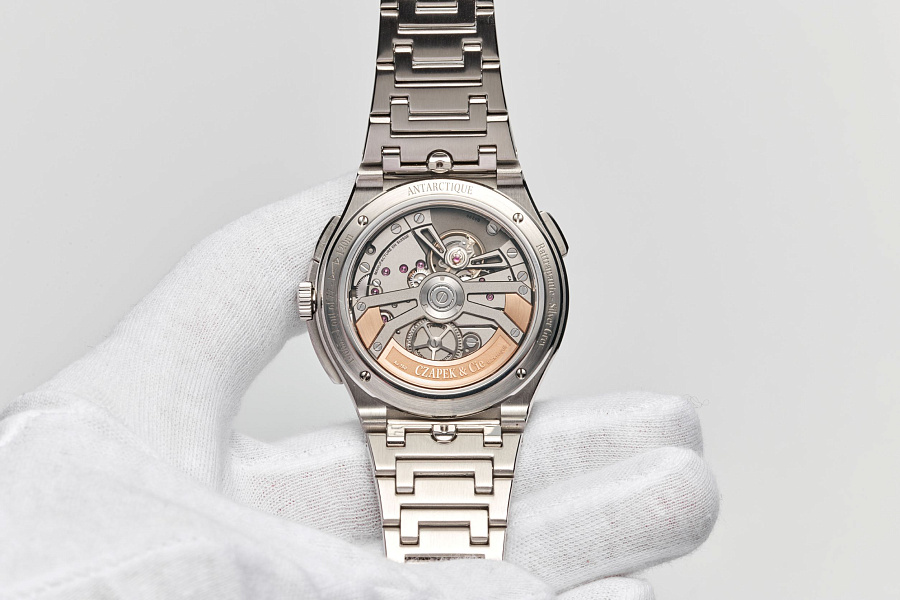 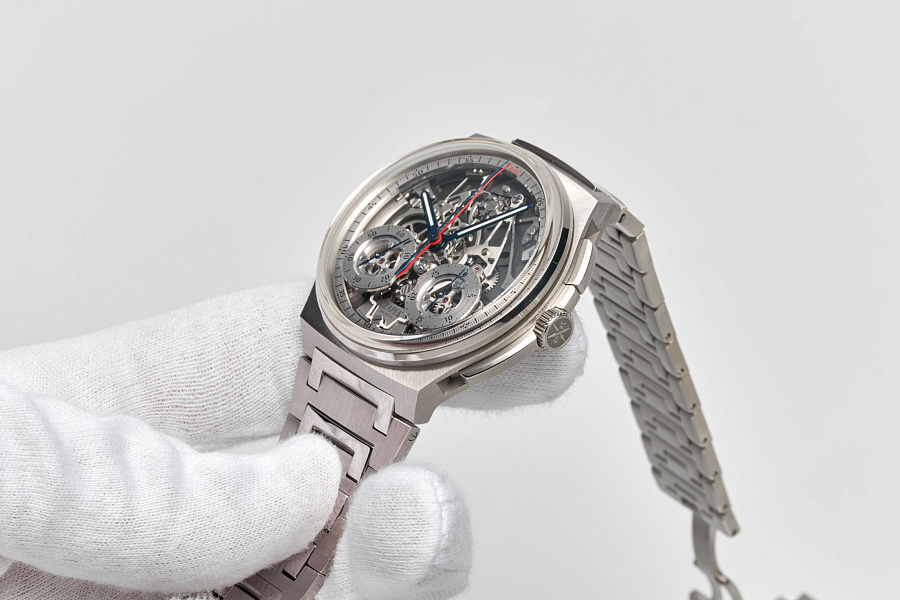 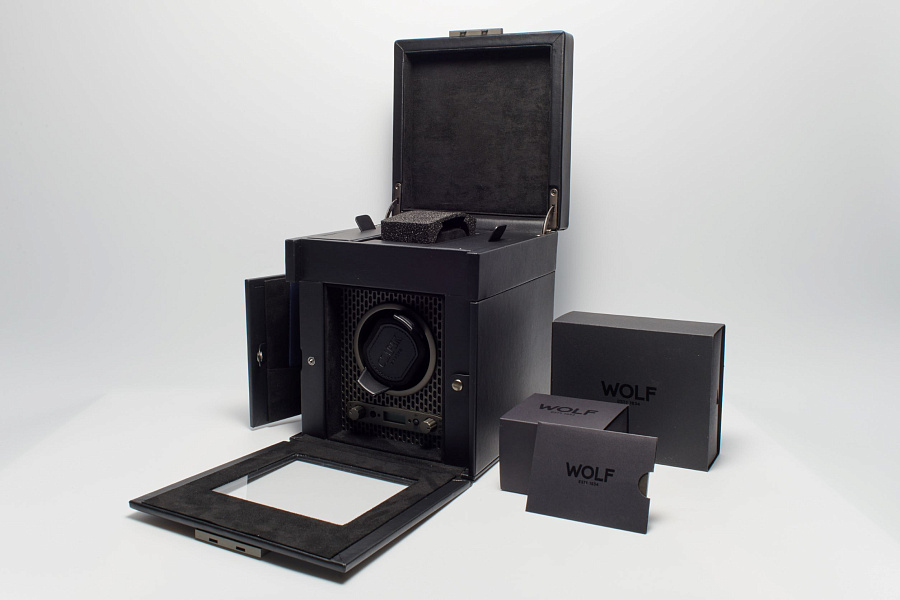 The Antarctique Rattrapante Silver Grey is the first complicated model of the Antarctique collection, launched in 2020. The genre of sporty-elegant steel watches on a steel bracelet of an integral design became extremely popular in the late 2010s, when the prices of the Patek Philippe Nautilus and Audemars Piguet Royal Oak watches, which are the genre’s founding designs, skyrocketed on the secondary market. Several brands specializing in luxury and collectible watches, including Czapek & Cie, have embarked on developing their own versions of this winning design. Of course, this process was also influenced by the growing public awareness of luxury, sporty-elegant steel watches, and the demand for alternative design versions increased accordingly.

Czapek & Cie found their way in this niche with a watch with a barrel-shaped case, round bezel and dial, and an integral bracelet tapering from the case to the clasp. Particularly noteworthy are the ingenious central links of the bracelet, shaped as a stylized letter C, whose width consistently decreases from the case to the clasp. This is certainly a sign of high class and means significant production costs for the exclusive bracelet. In addition, the bracelet is equipped with the Czapek exclusive Easy Release system for quick bracelet/strap changes.

Czapek & Cie found their way in this niche with a watch with a barrel-shaped case, round bezel and dial, and an integral bracelet tapering from the case to the clasp.

The Antarctique Rattrapante Silver Gray watch was released in honour of the Czapek & Cie limited edition chronographs with the vintage Valjoux caliber 7733, pre-launched in 2012 before the revival of the brand and the re-registration of the Czapek & Cie trade name. The chronographs were produced as subscription watches, which made it possible to raise funds for the project.

The Antarctique Rattrapante Silver Gray is a uniquely-designed split chronograph with an open dial and a chronograph movement mounted on the side, allowing the watch owner to observe the operation of the complex mechanical device without removing the watch from the wrist. The brand claims that the open-worked split-second chronograph on the dial side is a world première. The watch is produced in a limited edition of 77 pieces.

Caliber SHX6, Czapek’s proprietary caliber found in the present example, was developed in collaboration with Chronode, a Geneva-based atelier of complications. For it, an atypical scheme was chosen with a single-button chronograph and the placement of the chronograph and split chronograph mechanisms on the dial side of the caliber. The structure of the movement and, accordingly, the dial, demonstrates a pleasing symmetry, with the placement of sub-dials at the 4 and 8 o’clock positions, typical for Czapek & Cie wristwatches.

The chronograph and split-seconds mechanisms are controlled by two traditional column wheels, one at the top (for the chronograph) and one at the bottom (for the split-seconds mechanism), mounted along the vertical axis of the dial. The chronograph features a horizontal clutch, which is also a sign of a traditional chronograph design and one which makes it more attractive. The dial-side chronograph parts have a strong industrial aesthetic, with a matte finely shotblasted mainplate and bridges with hand-polished chamfers; chronograph springs and levers with straight grinding and hand-polished chamfers; wheels with circular brushing; and black-polished column wheels, screw heads, and studs.

A special feature of the SHX6 caliber is the central bridge with three rests, again symmetrical, with a mounted planetary gear underneath for minute wheel drive and setting.

The back of the caliber accommodates a self-winding system with a central full-size rotor, equipped with a heavy segment made of solid 18k rose gold with the Czapek & Cie logo. The power reserve is up to 60 hours. The balance bridge and rotor both exhibit the same industrial aesthetic as the chronograph mechanism.

François Czapek (a Gallicised version of his original name Franciszek Czapek), the founder of the brand, was a Czech-born Polish watchmaker who fled to Geneva in 1831 after fighting in the Polish uprising. The following year, he founded the Czapek & Moreau company in partnership with French-born watchmaker Thomas Moreau, who settled and worked in Versoix, a suburb of Geneva. In 1839, Antoine Norbert de Patek (a Gallicised version of the name Antoni Patek), also a Polish immigrant, joined the company’s partners. From that moment, Thomas Moreau held no official responsibilities and the firm was renamed to Patek & Czapek. In this company, now known as Patek Phillippe, Czapek was responsible for production, while Patek concentrated on the accounting and management. The partnership between Czapek and Patek ended in 1845 when both found new partners. After that, their paths did not cross.

After parting with Patek in 1845, Czapek established a new company – Czapek & Cie. Financial help came from Juliusz Gruzewski, also a Polish immigrant, who was a personal friend of Napoleon III and further secured a position for Czapek as a watchmaker to Emperor Napoleon III’s court. Czapek & Cie. had a workshop in Geneva, going on to open what was probably the first watch boutique on the Place Vendôme in Paris, in 1850. In the same year he published a book about watchmaking, the first of its kind in the Polish language: “Słów kilka o Zegarmistrzowstwie ku użytku zegarmistrzów i publiczności” (“A few words on watchmaking for the use of watchmakers and the public”). There is no information about the life and activities of Czapek after 1869 – he most likely fell ill or died. Antiquorum estimates the total production of Czapek & Cie. to be about 9,000 timepieces, mostly pocket watches, which are judged to be of excellent quality.

In this company, now known as Patek Phillippe, Czapek was responsible for production, while Patek concentrated on the accounting and management.

In 2012, Sébastien Follonier, Harry Guhl and Xavier de Roquemaurel re-registered the Czapek company name, with the view of reviving the previously prominent yet now little-known name. They set out to create a collection of wristwatches, respectful of François Czapek’s legacy. Quai des Bergues, the inaugural collection of the revived brand, was based on the Czapek & Cie. pocket watch No 3430, dating from around 1850. No 3430 featured an unusual and charismatic combination of 8-day power reserve, two sub-dials positioned at 4 and 8 o’clock, with a small seconds hand and power reserve indicator. A peculiarity of the power reserve indicator, which was also borrowed from the historical prototype, is the presence of two types of markings – one for the power reserve and one for the day of the week, meaning the owner of the watch rewinds it every Sunday to have the day of the week indication correct for the rest of the week. In 2016, the Quai des Bergues watch won the ‘Public Prize’ at the prestigious Grand Prix d’Horlogerie de Genève (GPHG). Since then, the brand has launched several other collections, including the Place Vendôme, a tourbillon with a second time-zone (2017), the Faubourg de Cracovie, an integrated chronograph (2018), and the Antarctique collection of sport-chic integrated stainless-steel bracelet watches (2020), powered by Czapek's first in-house movement, a slim self-winding caliber with mini-rotor, three hands and date. The company is situated in Geneva, Switzerland, and in 2022 it opened a production facility in La Chaux-de-Fonds.