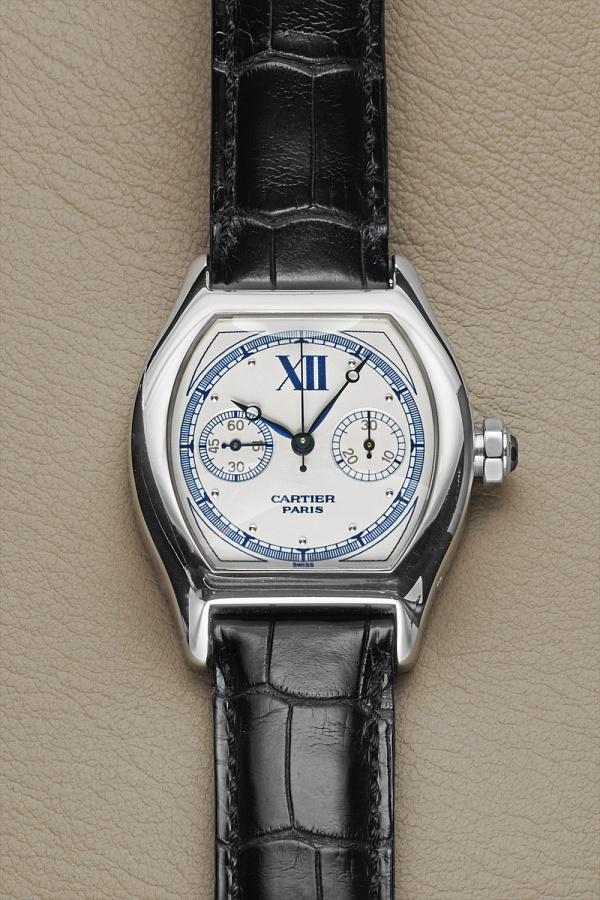 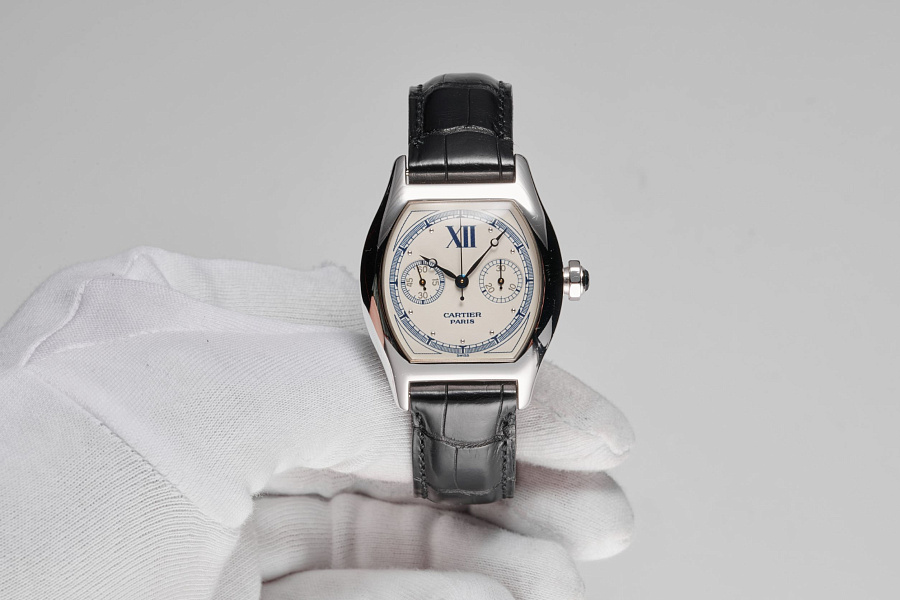 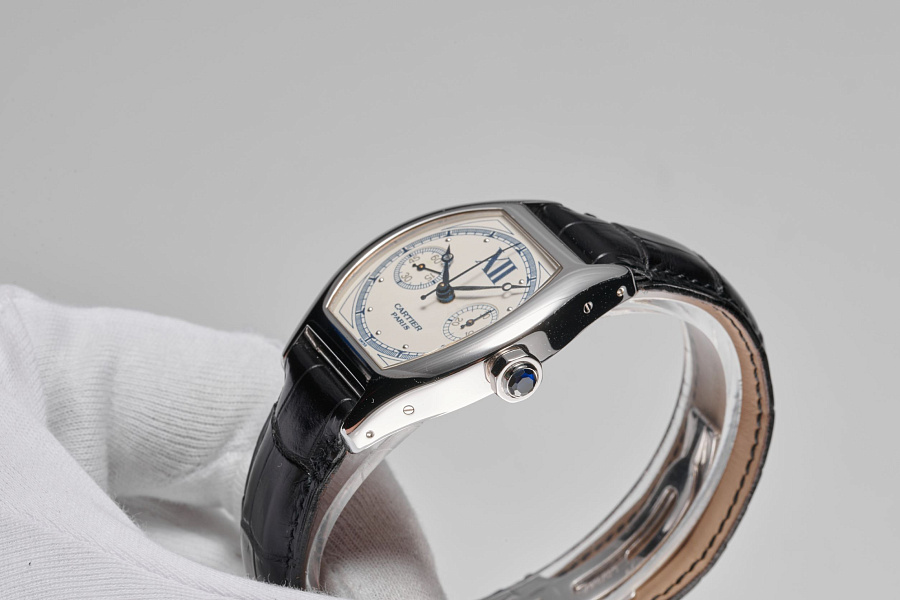 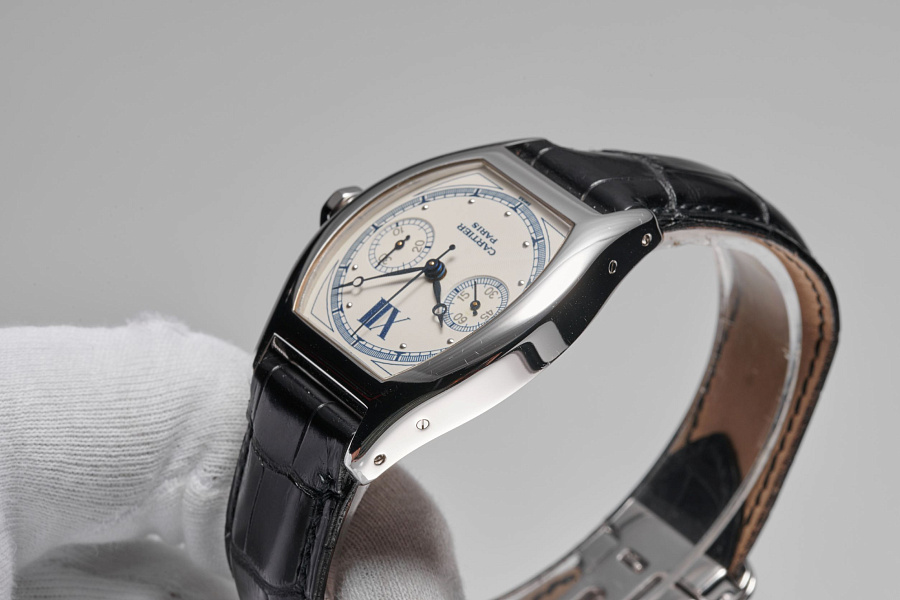 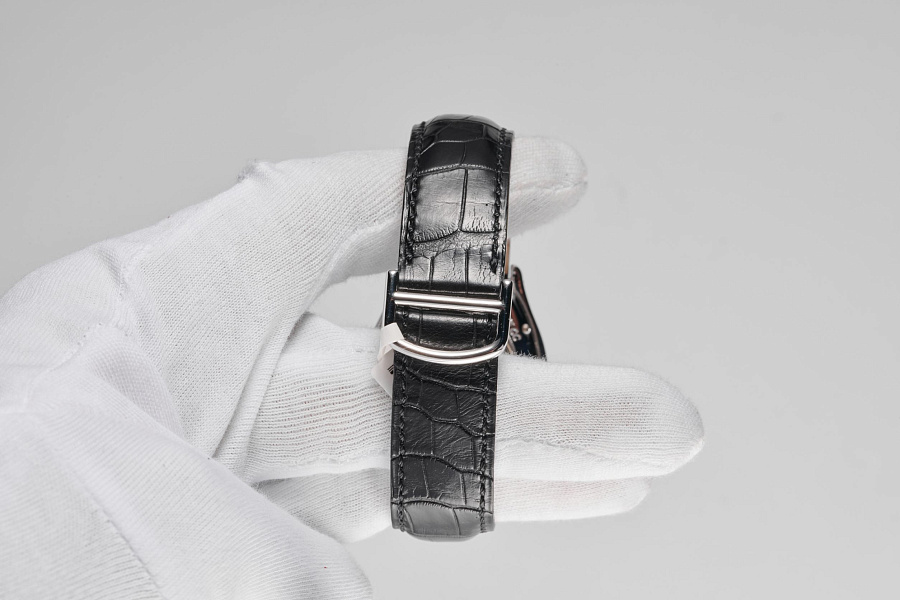 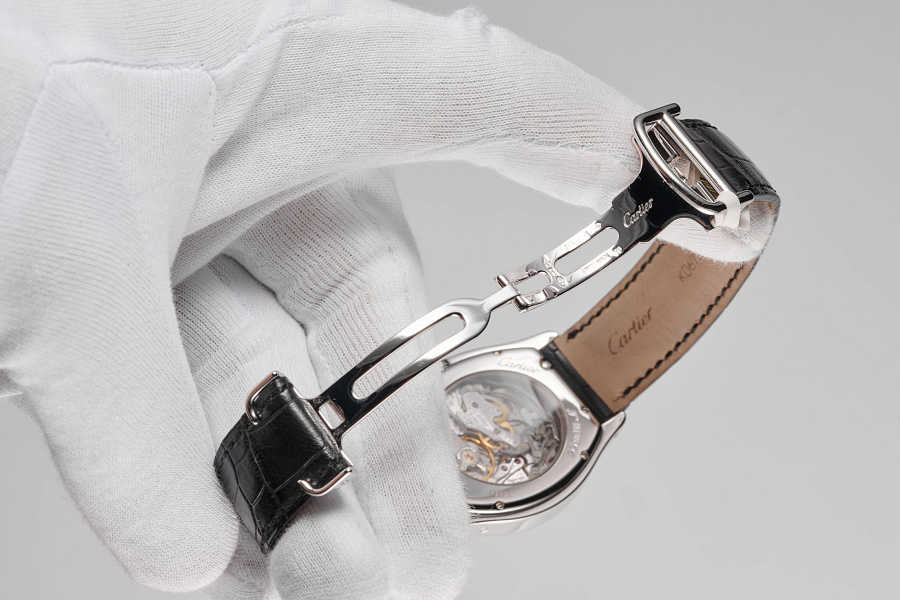 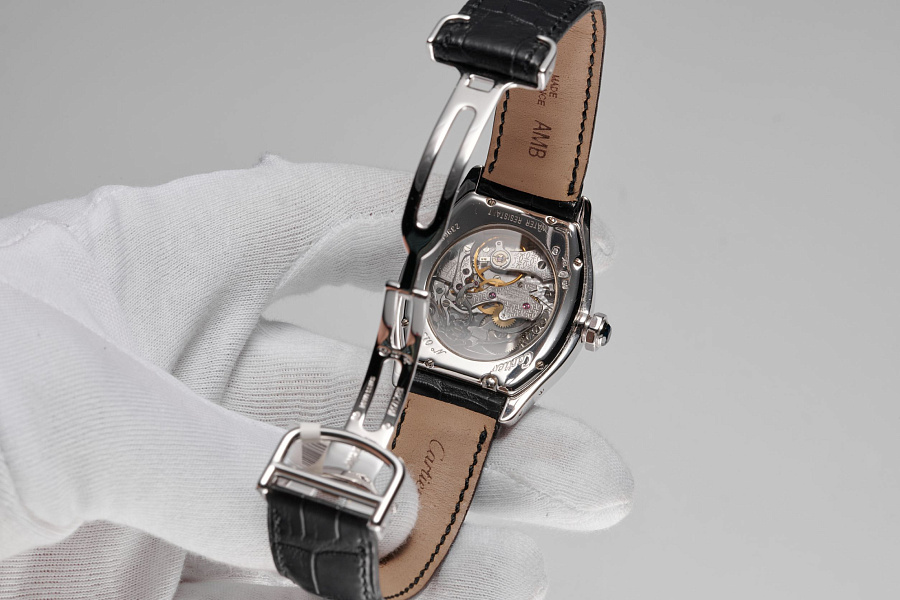 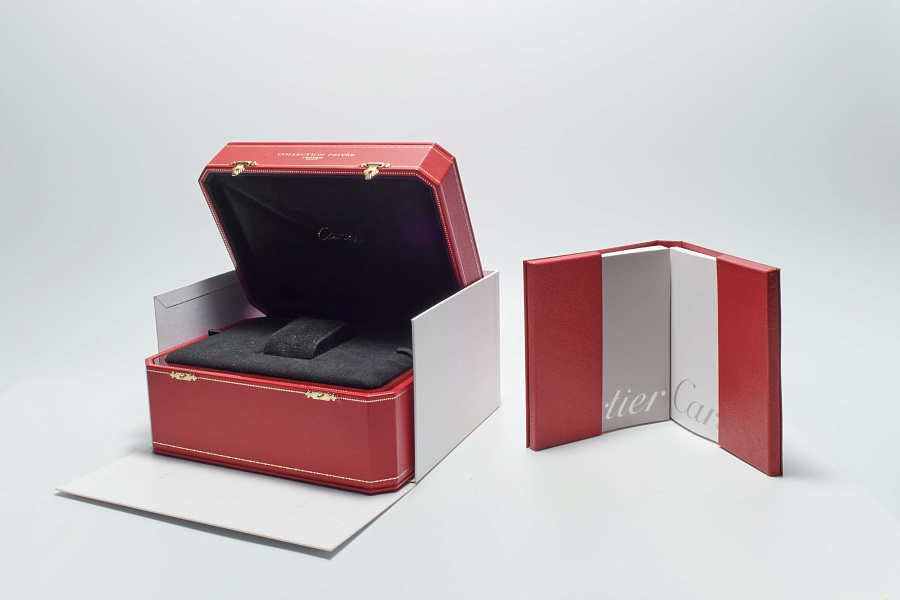 The Tortue Monopoussoir is one of the first timepieces of the Collection Privée Cartier Paris (CPCP). This collection was introduced by the brand in 1998 and lasted until 2008. The CPCP consisted of watches based on historic Cartier designs but equipped with modern mechanical movements, hand-wound, or, in some models, automatic, supplied by companies such as Jaeger-LeCoultre, Piaget, Frédéric Piguet, Gérald Genta, Girard-Perregaux or THA Èbauche. The watches in the CPCP collection were available in very limited numbers, and are currently of undoubted interest to collectors.

The design of the Tortue Monopoussoir is based on the first wristwatch of this shape, created by Louis Cartier in 1912, and also on the vintage tortue-shaped single-button chronograph wristwatches produced by the brand in the late 1920s and early 1930s. The characteristic, highly attractive and memorable shape of the case resembles a turtle standing on four legs. It was the third wristwatch designed by Louis Cartier, giving the present example a distinct vintage charm.

The undoubted advantage of the present lot is the combination of the outstanding features of the attractive and rare hand-wound caliber 045MC of the higher-level execution type, Mk2, and a very rare ‘unnumbered mainplate’ feature.

The Tortue Monopoussoir is equipped with a rare hand-wound movement, the caliber 045 MC. This was developed by the THA Èbauche complicated movements atelier, founded in 1996 by the independent watchmakers Vianney Halter, Denis Flageollet and François-Paul Journe. The 045 MC, a good piece of independent watchmaking wrapped into Cartier’s heritage design, is based on the layout of early wrist chronographs of the first quarter of the 20th century, the functions of which were controlled by pressing the crown. Alternative designs with either a separate button or two buttons were developed later. Until the mid-20th century Cartier preferred a chronograph controlled by the winding crown, apparently with the aim of creating a sophisticated, minimalist look with no additional controls on the case. For the same reason, this design was used in the present Tortue Monopoussoir watch from the CPCP collection.

The finishing on the caliber 045MC has a look typical of the CPCP collection. The bridges of the movement are decorated with Cartier’s signature ‘double C’ letters, which are applied using laser engraving. The finishing of all parts is made to a high standard, with bevelling and polishing of the edges, straight grinding of the chronograph levers, and polishing of the screw heads. The movement features a lateral clutch system with an oscillating pinion and was produced in two versions – in lower- or higher-level executions. In the lower-level execution type (caliber 045MC Mk1), wire springs were used as the springs of the chronograph mechanism and there was an additional bridge installed in the anticlockwise direction from the balance, under which these springs were attached. The movement of the higher-level execution type (caliber 045MC Mk2) used only monolithic steel springs (except for the fixing spring of the minute counter) and there was no additional bridge. The present lot features the top-tier caliber 045MC Mk2.

In general, according to our research, the 045MC Mk2 versions are rarer. Further research shows that caliber 045MC Mk2 is in most instances numbered – the caliber mainplate number is engraved between the balance and chronograph bridges, while the mainplate of caliber 045MC in Mk1 execution is not numbered. Of particular collector’s interest are the rarest examples of 045MC Mk2 (like the present lot) with an unnumbered mainplate.

In addition to this feature, which serves as a real lure for the discerning collector, there are also many other options for this model. The Tortue Monopoussoir was produced in 18-karat, yellow, rose or white gold (as in the present example), jewellery models with diamond inlaid bezels were also produced, while in addition, the watches were equipped with dials of various designs. According to our information, there are at least nine versions of the Tortue Monopoussoir, without taking into account the two versions of the caliber, which increases the number of types further. All this greatly increases the collectible appeal of the Tortue Monopoussoir, allowing the collector to conduct their own research on the topic and find new and intriguing types. It should also be borne in mind that the total production volume of all types of the Tortue Monopoussoir, in our estimation, is unlikely to exceed a thousand pieces, meaning the value of a watch in good condition tends to grow.

The Cartier Tortue Monopoussoir Ref. 2396 caliber 045MC Mk2 ‘Unnumbered’ watch would appear to be an excellent purchase for the collector who wishes to obtain a mechanical single-pusher chronograph wristwatch of a legendary and historically important classic design from a world-famous watch brand, one of the market leaders in haute horlogerie and complicated timepieces. The undoubted advantage of the present lot is the combination of the outstanding features of the attractive and rare hand-wound caliber 045MC of the higher-level execution type, Mk2, and a very rare ‘unnumbered mainplate’ feature.