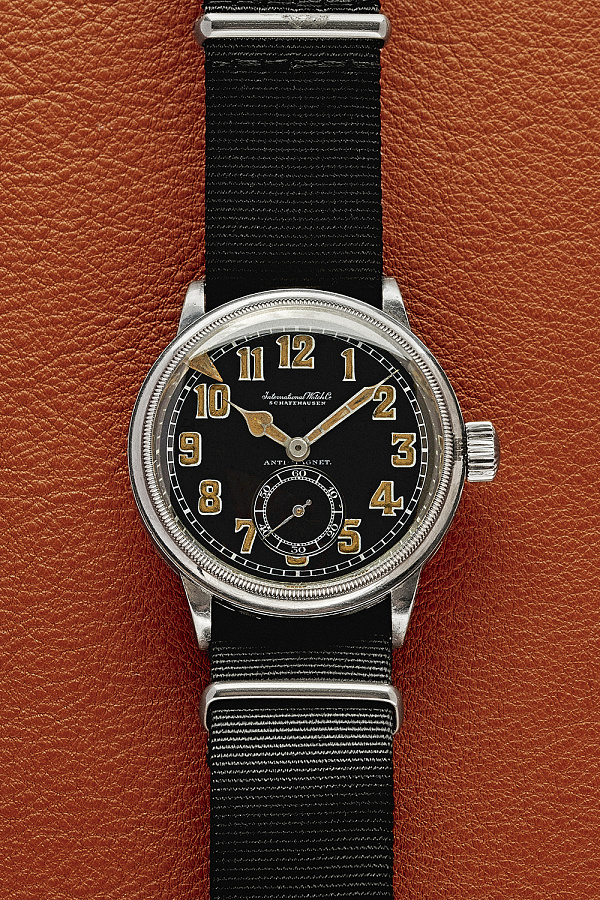 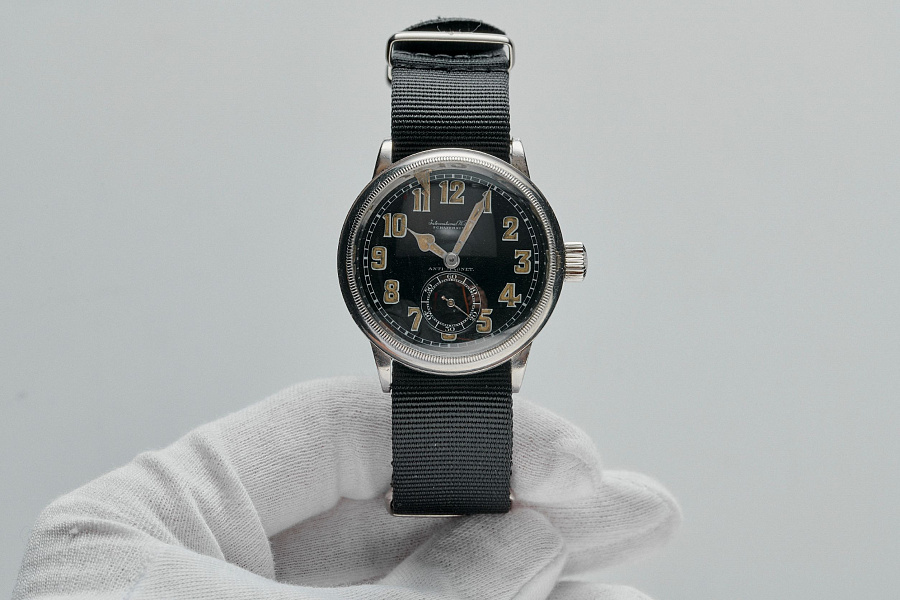 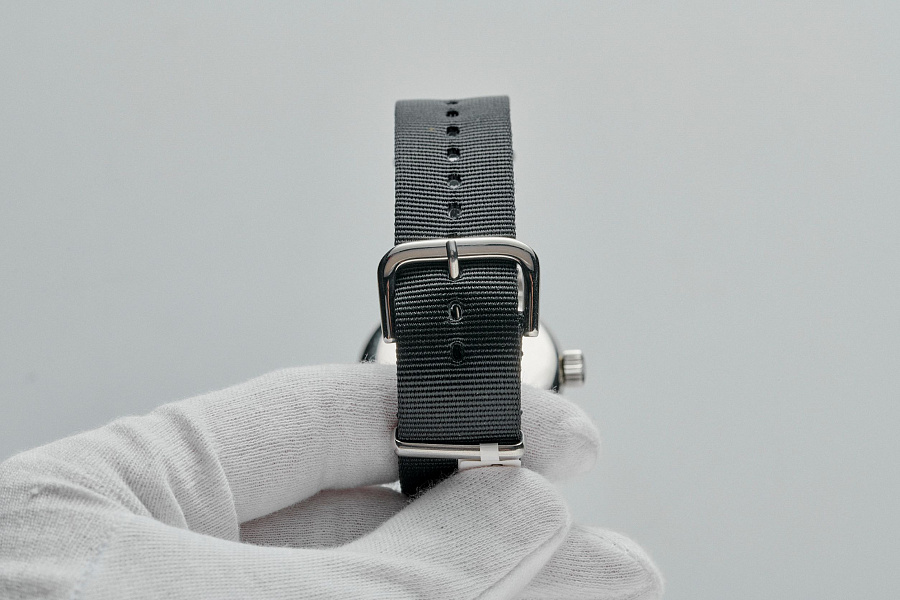 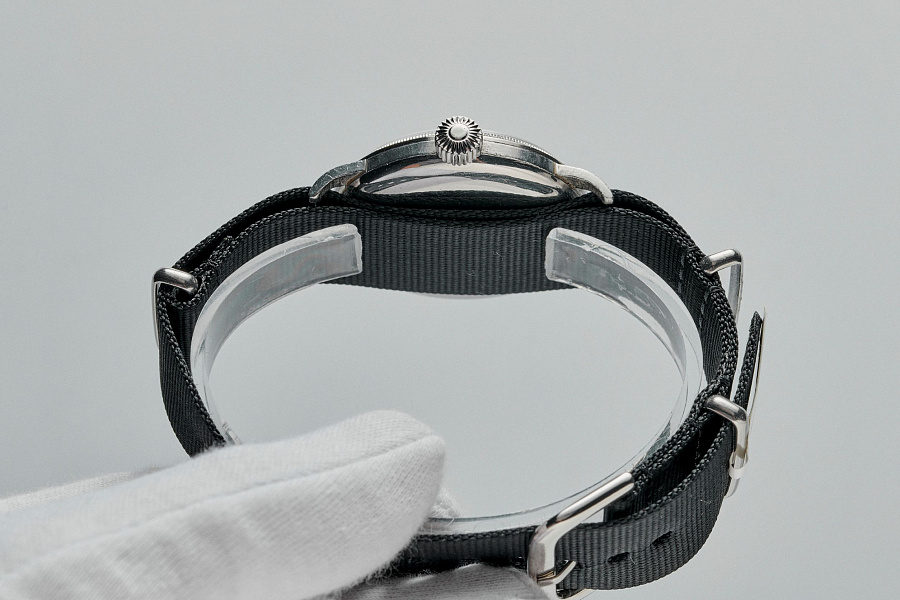 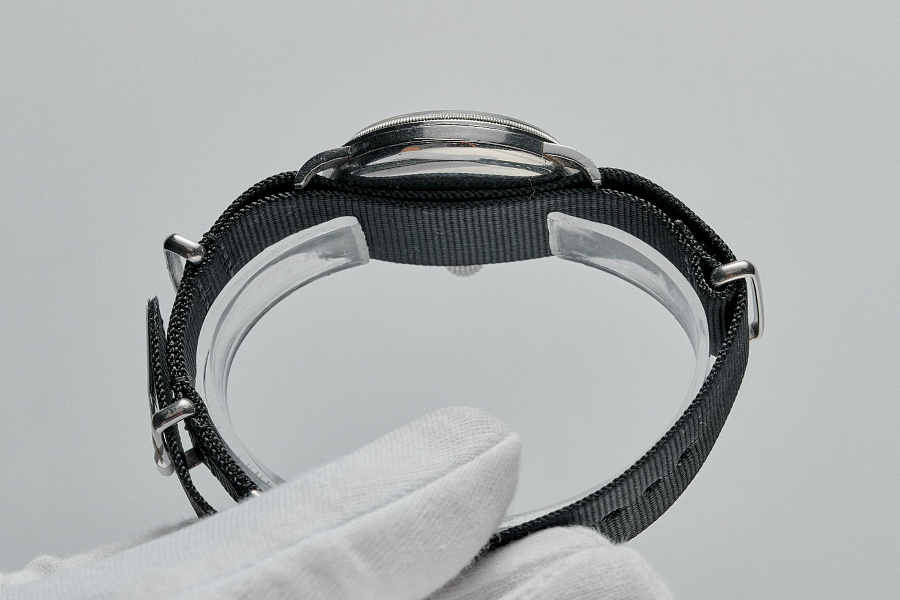 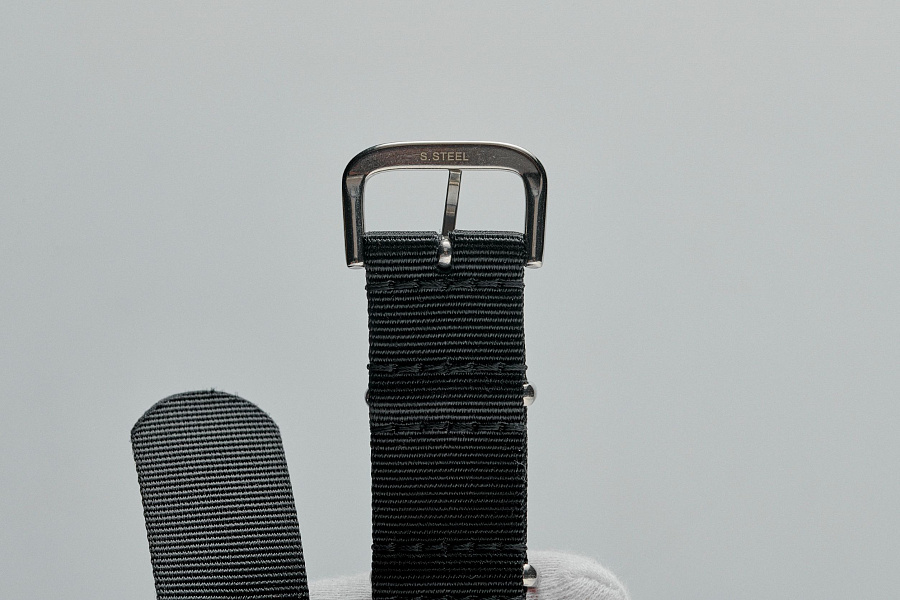 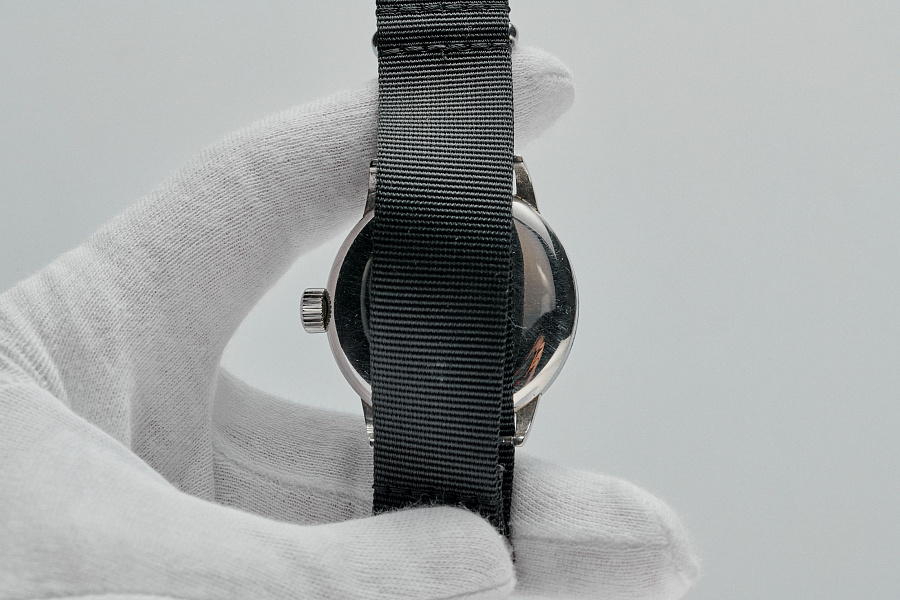 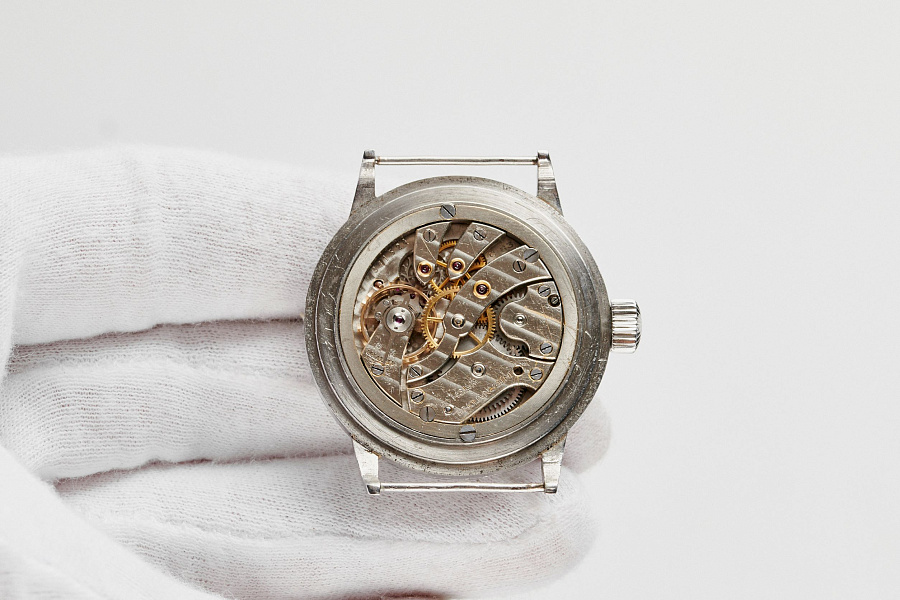 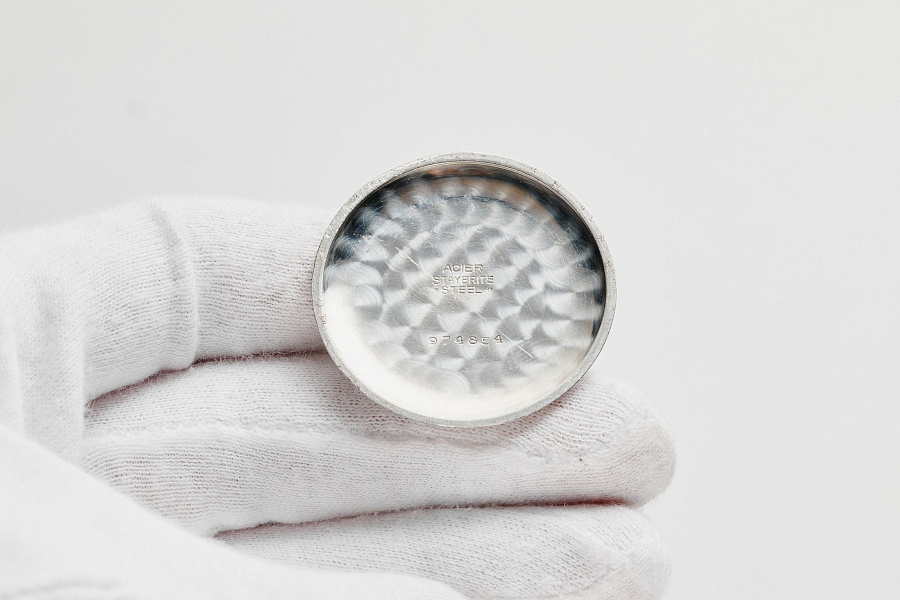 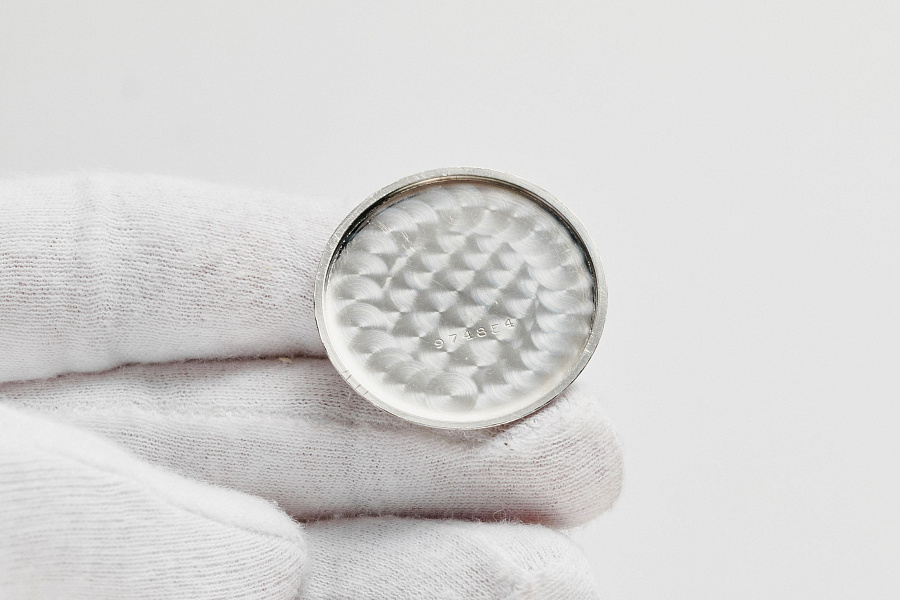 Reference 436, known as the Special Pilot’s Watch - Spezialuhr für Flieger – was the brand’s first pilot’s watch, launched in 1936. The brand reports that the watchmakers were consulted in the development of this model by the two sons of company CEO of the time Ernst Jakob Homberger, who were both passionate about aviation. Therefore, the watches were endowed with state-of-the-art specifications, suggesting their professional use. These include a contrasting black dial with radium markings and radium hands to make it easily readable, a newly-developed shatterproof plexiglass crystal (plexiglass began commercial production in 1933 and the first wristwatches with such crystals appeared on sale in 1936, with the late 1930s seeing the start of mass production of crystals made of plexiglass, advertised as ‘shatterproof’), a large Staybrite stainless steel case, a large crown that was easy to use without removing the glove, and a swivel bezel with an inner triangular radium marker that allowed the watch to be used for measuring flying time or as a timer. The use of anti-magnetic parts in the escapement deserves special attention. This allowed the watch to be worn safely in the aircraft cockpit, which in those days was flooded with strong magnetic fields. It should also be noted that despite the design, which in our time is perceived as militaristic, these watches were clearly not intended for military use but rather for civilian pilots, as the watches were offered on the civilian market.

The moniker ‘Mark IX’, by which this watch is now widely known, is an example of a retrograde approach: it was given it because the famous IWC w.w.w. from the well-known ‘dirty dozen’ was referred to as ‘Mark X’, while reference 436 was seen as the forerunner of this model.

The Ref. 436 ‘Mark IX’ is equipped with an upgraded hand-wound caliber 83, featuring anti-magnetic parts and curved bridges, which used special lubricants to ensure its continued functioning at a temperature range of -40C to +40C. The ‘Mark IX’ was produced between 1936 and 1944 with a total of 430 watches registered at IWC (as of 2005, according to goerter.de), which of course signifies the model’s greater rarity and highlights its collectibility.

The IWC Spezialuhr für Flieger Ref. 436 ‘Mark IX’, often considered as a holy grail watch for the connoisseur, would appear to be an extremely attractive purchase for the collector who desires a very rare, charismatic and early pilot’s wristwatch from a world-famous traditional watch brand, earning a reputation as one of the leading manufacturers of technical and military watches. Ref. 436, nowadays referred to as ‘Mark IX’, is one of the most collectible IWC vintage timepieces. The present lot represents a remarkable chapter in the history of 20th century watchmaking, revealing the skill and ingenuity of watchmakers who developed technically advanced and extremely attractive pilot’s watches. It denotes the origins of an impressive and world-famous style and technical specification of pilot’s watches, closely associated with the IWC brand.