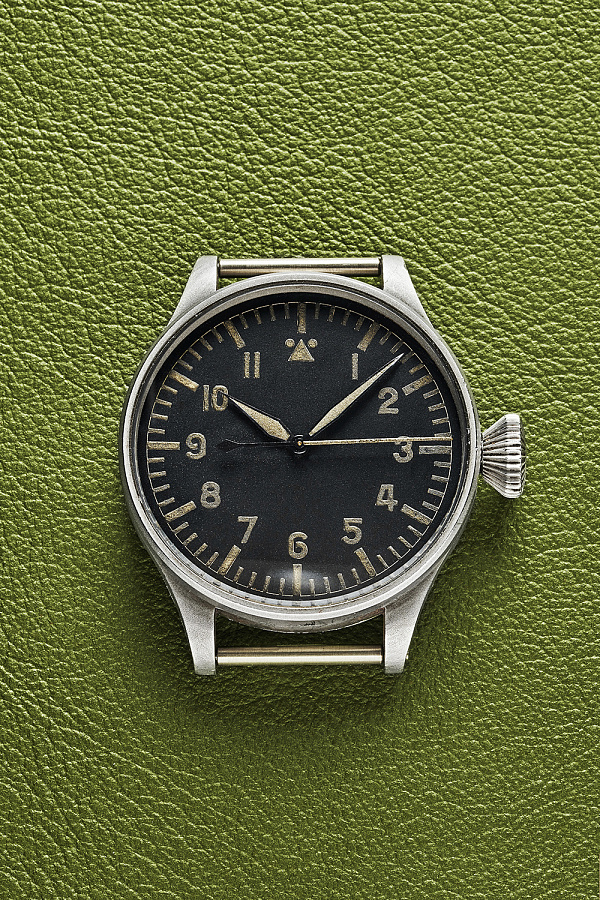 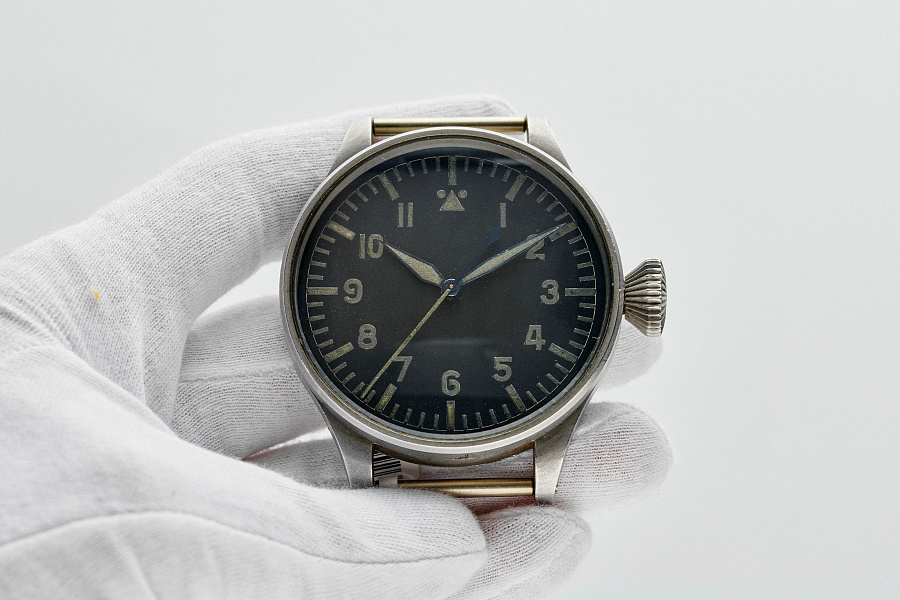 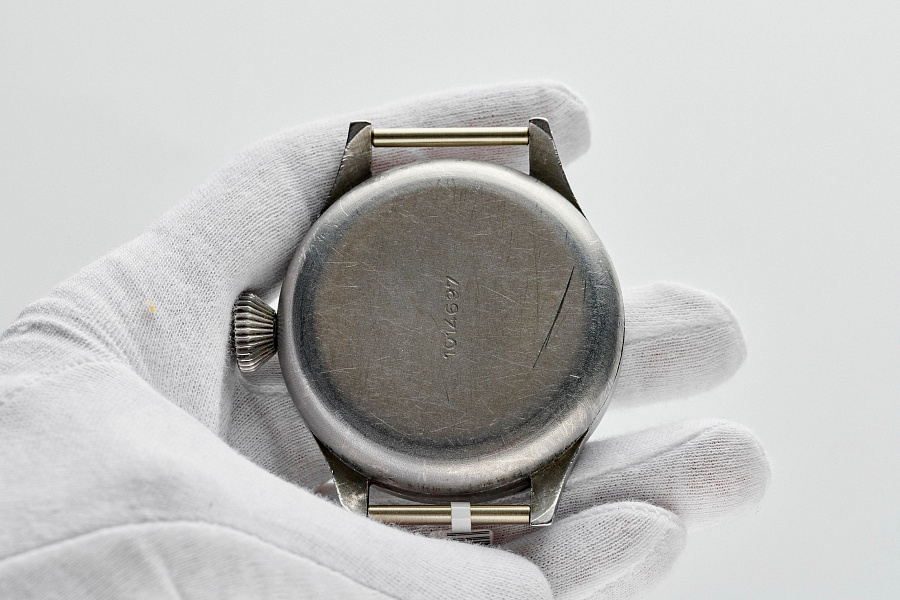 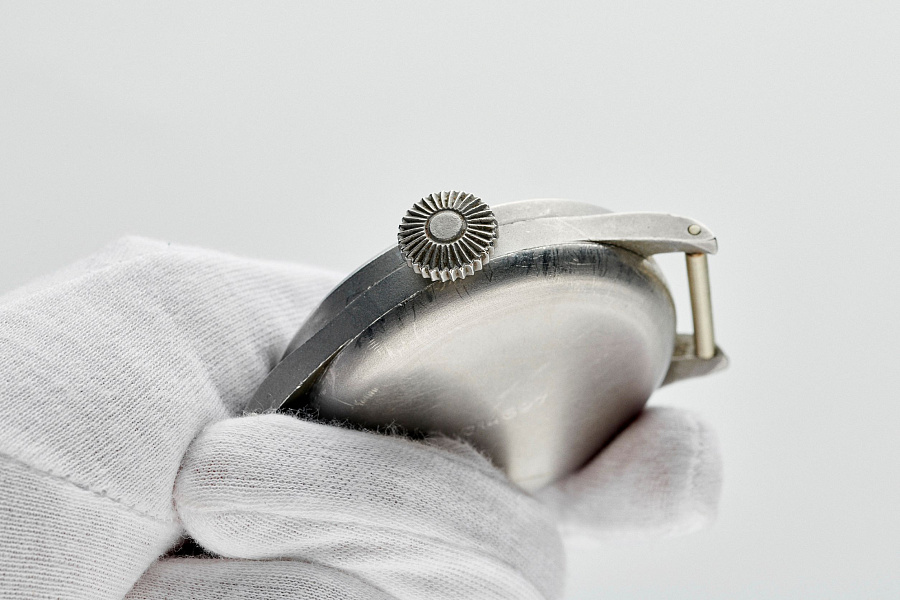 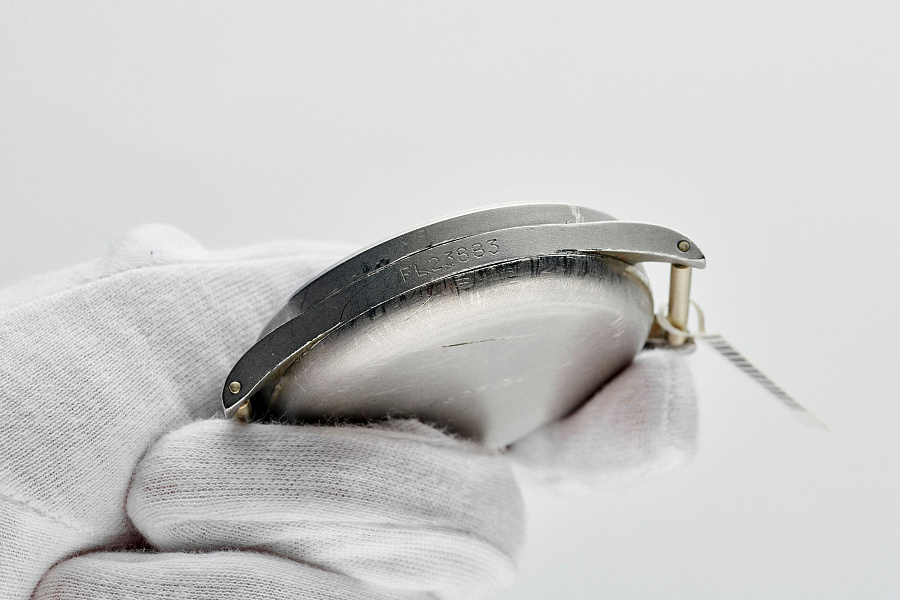 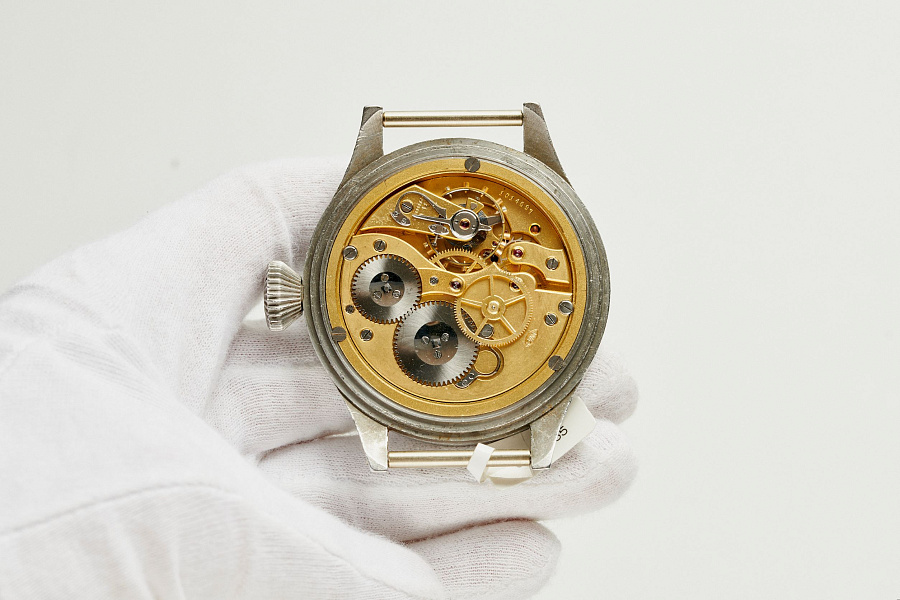 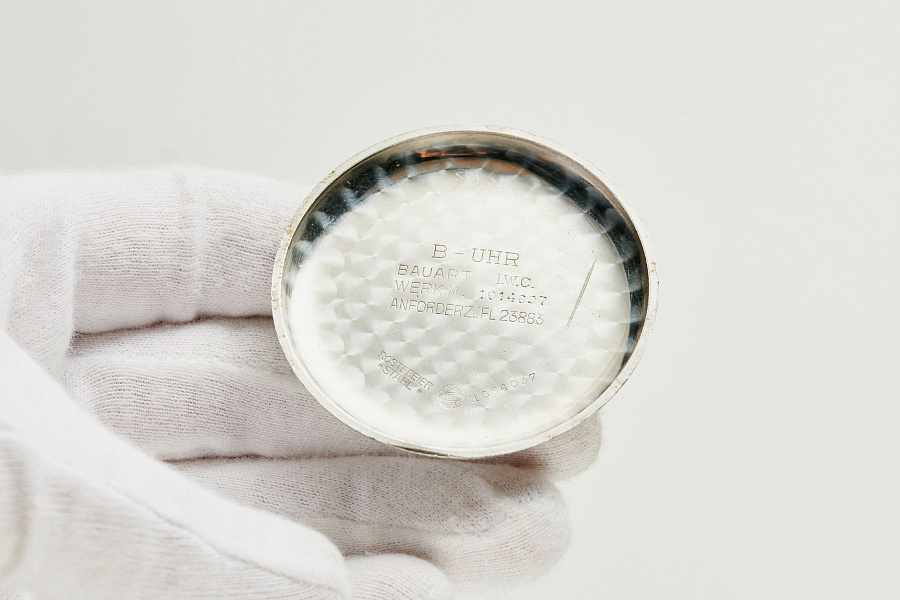 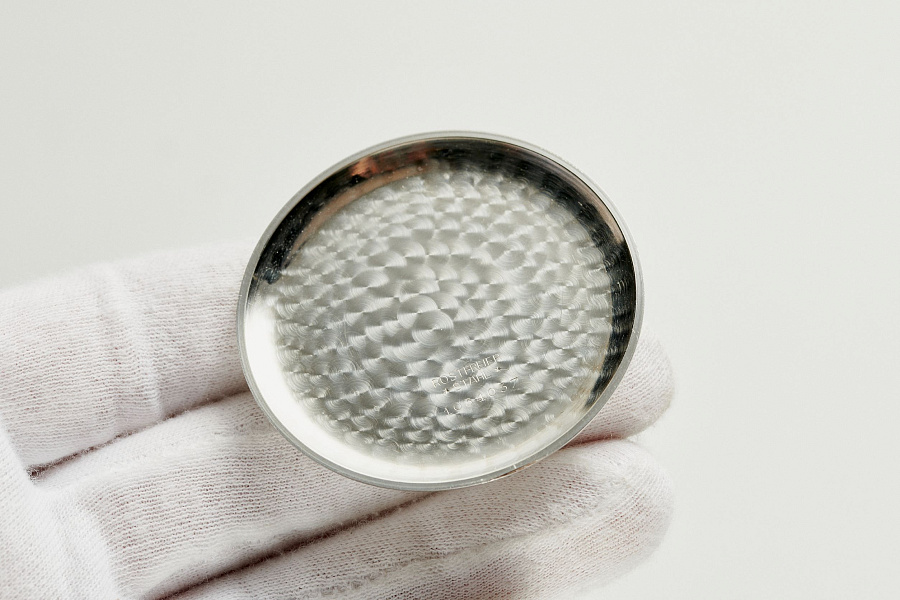 IWC is known as a manufacturer of archetypal technical, aviator and military watches. The present B-Uhr, or Beobachtungs-Uhr (observation or navigation watch) is one such archetype. The watch was made in 1940 by order of the German Air Force (Luftwaffe), and was intended for their pilots. In addition to the Swiss brand IWC, similar watches were ordered from the German factories A. Lange & Söhne, Lacher & Co (Laco), Walter Storz (Stowa), and Wempe. However, the most famous is the B-Uhr from IWC. It should be noted that during the Second World War, IWC, operating in a country with neutral status, also supplied watches for the Ministries of Defence of Allied countries. This connection brings to mind the famous ‘dirty dozen’, produced for the British MoD.

The B-Uhr watches were built to Luftwaffe specifications, which called for a very large 55mm case, a large pocket caliber with a hacking seconds feature, and a large crown allowing the pilot to operate it without taking off his gloves. A hacking central seconds hand is capable of being stopped by pulling the crown, allowing pilots and navigators to synchronise their watches before the start of a mission with down-to-the-second precision. The watch had to be equipped with anti-magnetic protection, as well as a long leather strap that would allow the watch to be worn over the sleeve. The B-Uhr standard described the dial of one of two obligatory designs: Type A dials featured Arabic numerals and a large triangle at 12 o’clock along an outer minute track, as in the present example, while the Type B dials had an inner hour track, short hour hand and outer minute track for long minute and seconds hands.

The B-Uhr watches were built to Luftwaffe specifications, which called for a very large 55mm case, a large pocket caliber with a hacking seconds feature, and a large crown allowing the pilot to operate it without taking off his gloves.

From the outside, the B-Uhr watch has no other markings, including on the dial, except for the movement number stamped on the caseback and FL.-Number on the case band on the left side. All technical information is located on the inside of the back cover of the case, exactly as in this example. It includes the design type (Bauart; here is the manufacturer’s abbreviation), caliber serial number (Werk Nr.), and order number (Anforderz) – this is a so-called FL.-Number, where ‘FL’ denotes ‘flying number’ (Fliegnummer), the first two digits, 23, stand for navigation purpose, followed by the three digits of the order’s number. A detailed description may be found in the book ‘Die Fliegeruhren von IWC’ by Rüdiger Bucher and Christian Pfeiffer-Belli. In addition, the name of the material is stamped on the case back – “Rostfreier Stahl” (stainless steel), along with the case serial number. All numbers correspond to the number ranges of the B-Uhr series, issued by IWC in 1940.

The high-end caliber 52 T.S.C. of the present example has a mainplate and bridges with a gilded and frosted finish, a large cut compensated balance wheel, a blued Breguet spiral, carefully finished steel parts with polishing and open wheels with a snailed finish. The caliber is marked with the ‘IWC’ hallmark. A total of 1200 such movements were manufactured by IWC and bore the serial numbers from 1013801 to 1015000. 1000 of these were delivered to the Luftwaffe as B-Uhr watches. While the watches of the initial batch were fitted with a cylindrical crown, the later batch had the conical crowns that we associate so strongly with B-Uhr watch design. The remaining 200 caliber 52 T.S.C. movements were delivered to the British Royal Navy to serve as deck watches. Therefore, the total production of the IWC B-Uhr was 1000 pieces, and for obvious reasons not all copies have survived to the present. This, of course, enhances their collectibility today.

The IWC B-Uhr Ref. 431 would appear to be an attractive purchase for the collector who desires a very rare, collectible and iconic oversized military wristwatch from a world-famous traditional watch brand, earning a reputation as one of the leading manufacturers of technical and military watches. The IWC B-Uhr, nowadays referred to as the ‘Big Pilot’s Watch’, is one of the few world-famous archetypes of military wristwatches. The present lot is a monument to the era of the Second World War, and to the skill and ingenuity of watchmakers who developed technically advanced and extremely attractive pilot’s watches. It represents the origins of an impressive and world-famous military style, the style of the ‘Big Pilot’s Watch’, and features the hallmarks of high-class watchmaking, which are seen above all in the fine finishing of the high-quality pocket-watch caliber 52 T.S.C.