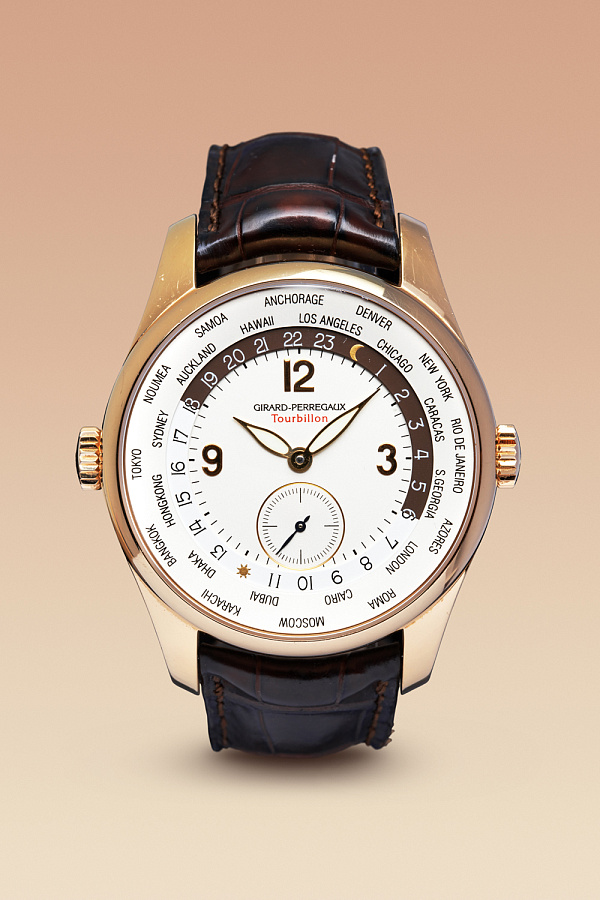 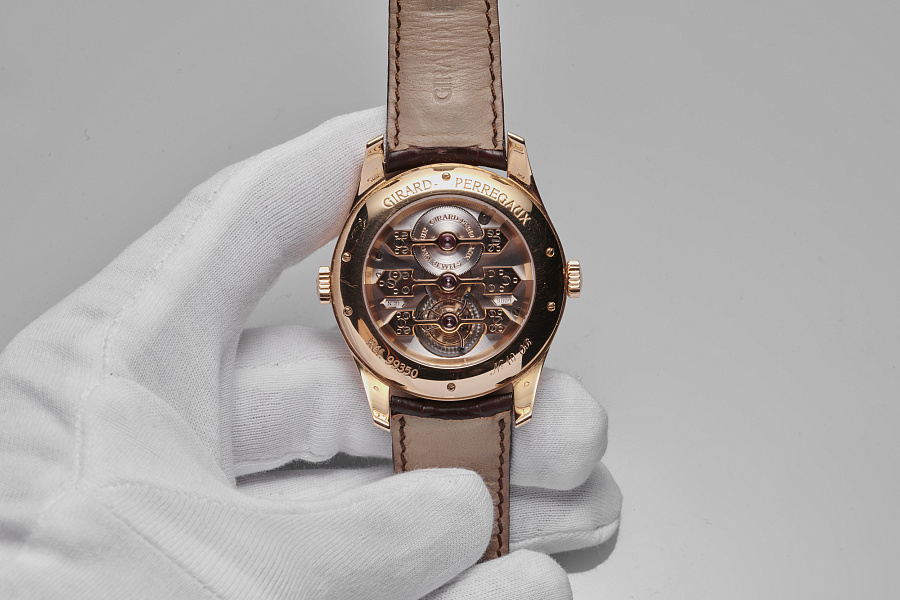 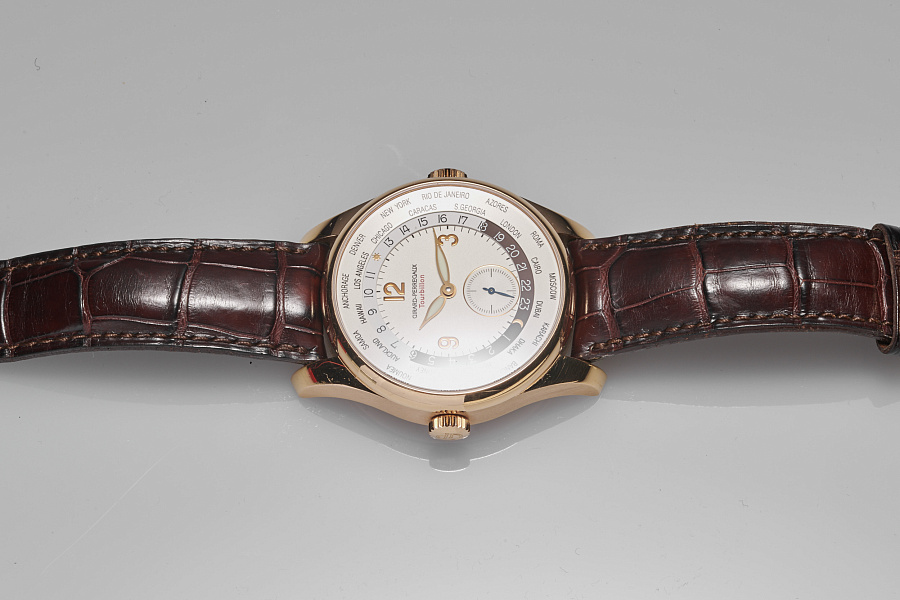 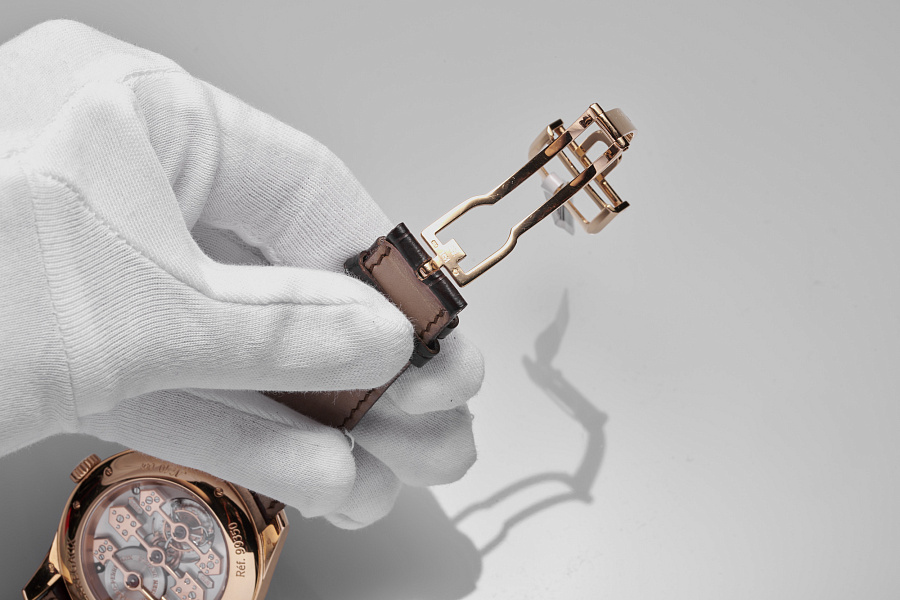 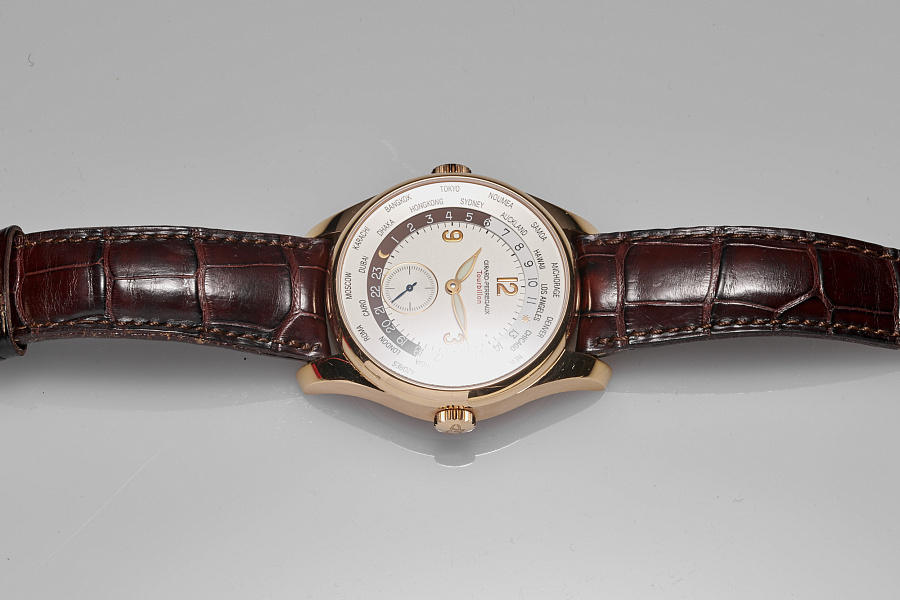 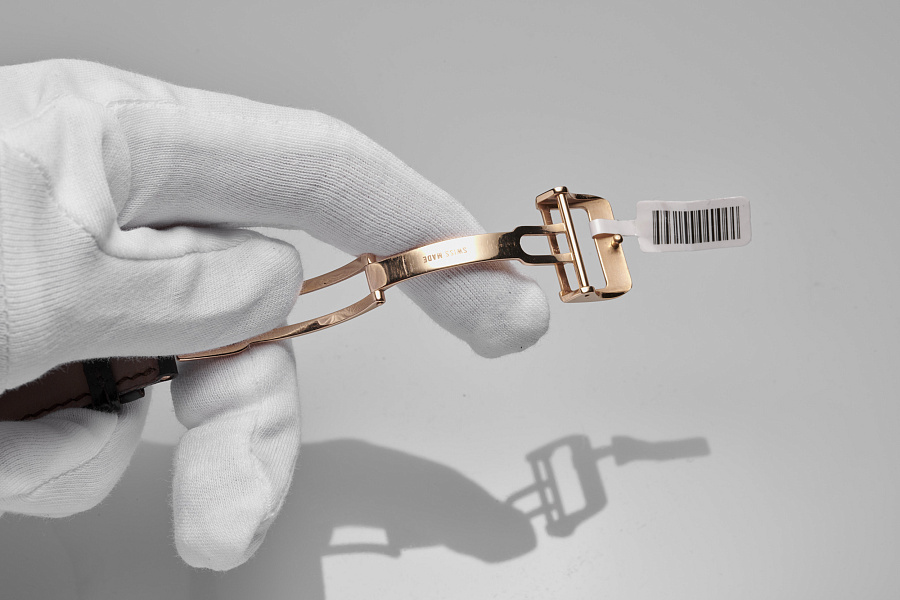 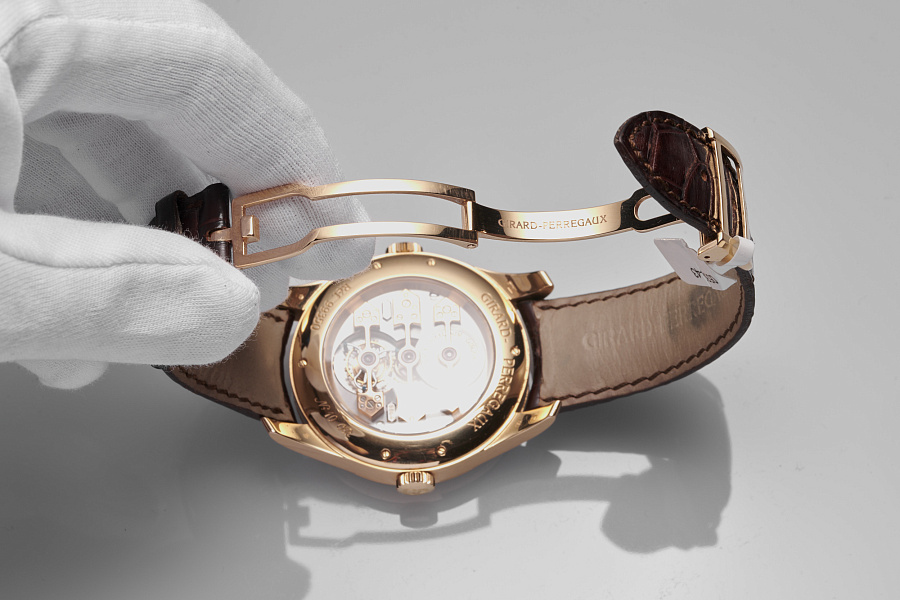 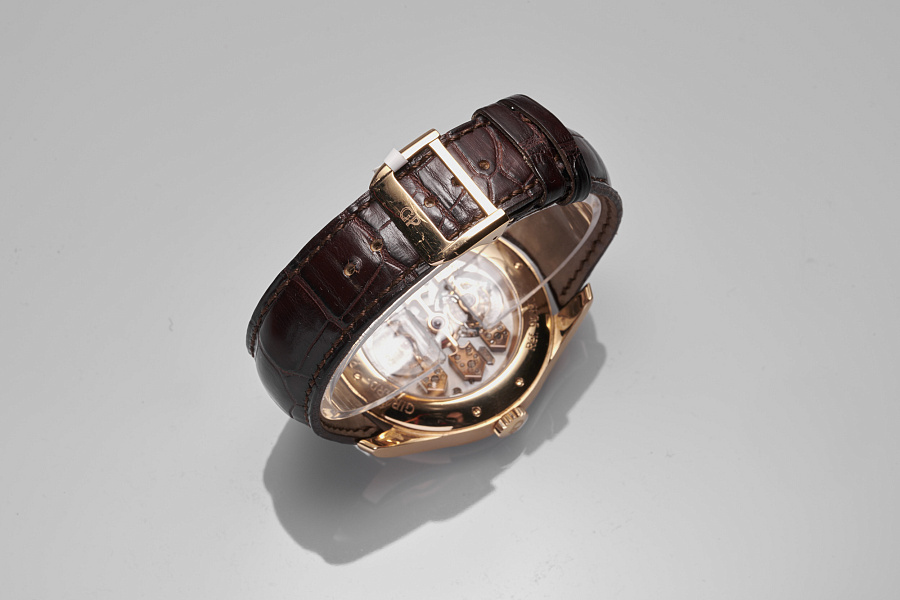 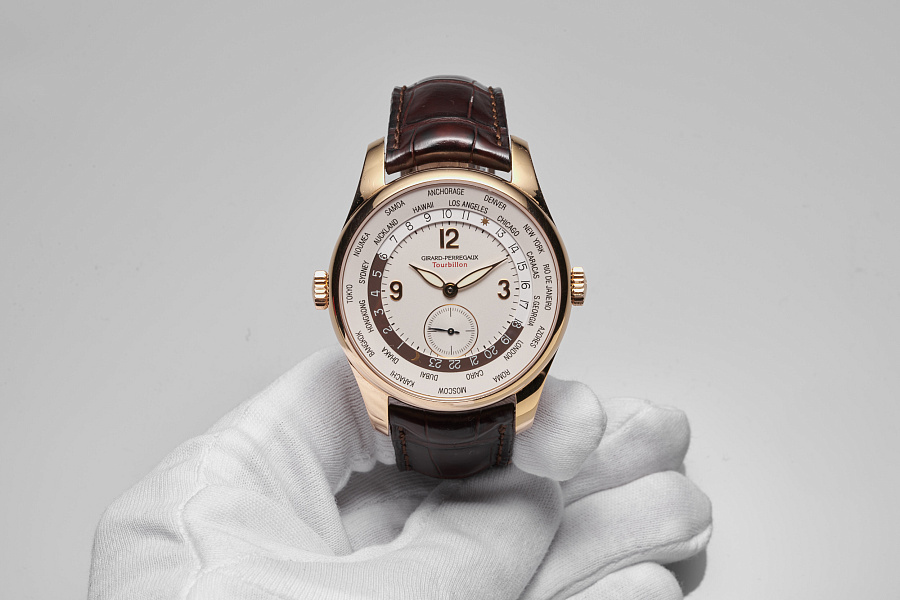 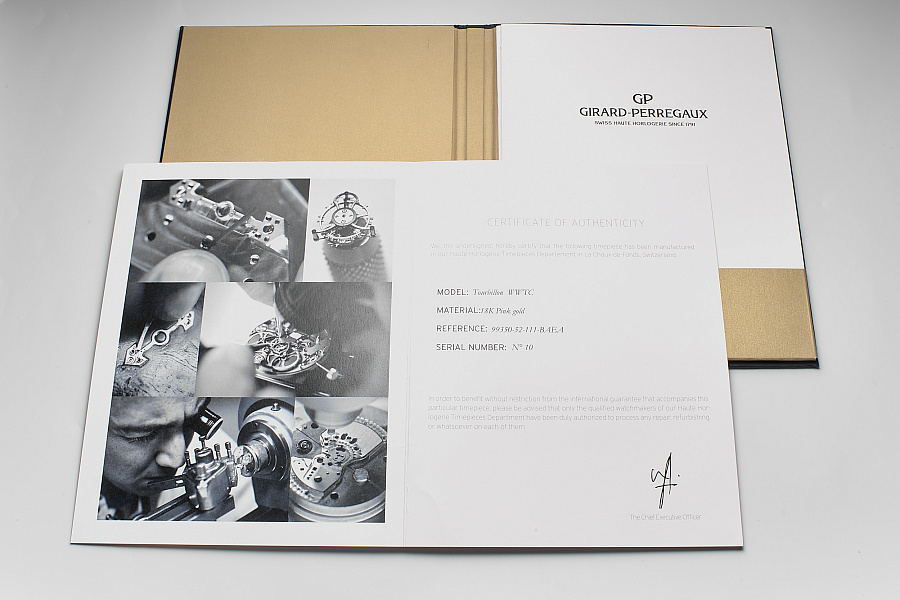 Reference 99350 is a very rare variation of a branded design with three signature gold bridges of a baroque shape on the reverse side, together with a laconic dial featuring a world time complication. Production of Ref. 99350 started in 2005 and continued to around 2010 in very limited numbers, most likely no more than a few pieces per year. The Ref. 99350 was offered in 18k rose gold with a light cream dial, as in the present lot, or in 18k white gold with a black or light cream dial. The present lot is only number 10 in the series of rose-gold models.

Reference 99350 is a very rare variation of a branded design with three signature gold bridges of a baroque shape on the reverse side, together with a laconic dial featuring a world time complication.

The caliber GP 098G0 of the present watch is nicely hand-finished on each of its parts, including the three arrow-shaped pink gold bridges with rounded-off bevels and a hand-polished finish of the flat surfaces. The upper and lower tourbillon cage parts are bevelled and hand-polished, the engravings on the barrel cover are executed by hand and gold-plated, and Perlage is applied in the mainplate recess under the tourbillon cage.

Please note in the certificate of origin included in this lot, the reference is indicated by the brand as BAEA, however, we could not find any alternative confirmation of the existence of this reference and of noticeable differences from the well-known BACA reference. Therefore, we refer to this lot as BACA here.

The ww.tc Tourbillon Hours of the World Ref. 99350-52-211-BACA No.10 OR is an extremely attractive purchase for the collector, offering the opportunity to obtain an attractive, very rare and complicated mechanical wristwatch from a world-famous traditional watch brand, one of the undoubted leaders in the haute horlogerie watch market. This watch is an impressive showpiece of Girard-Perregaux craftsmanship, able to create its most famous iconic design in a wristwatch and its movement with a fine tourbillon of traditional haute horlogerie design and three gold bridges – a design which is still without comparison. At the same time, the 43mm size, warm hues of traditional round rose gold case, modest design with signature three bridges and tourbillon opened from the back, useful world time complication and the undoubted retention of the relevance of its design and execution make it a pleasure to wear this watch on a daily basis.