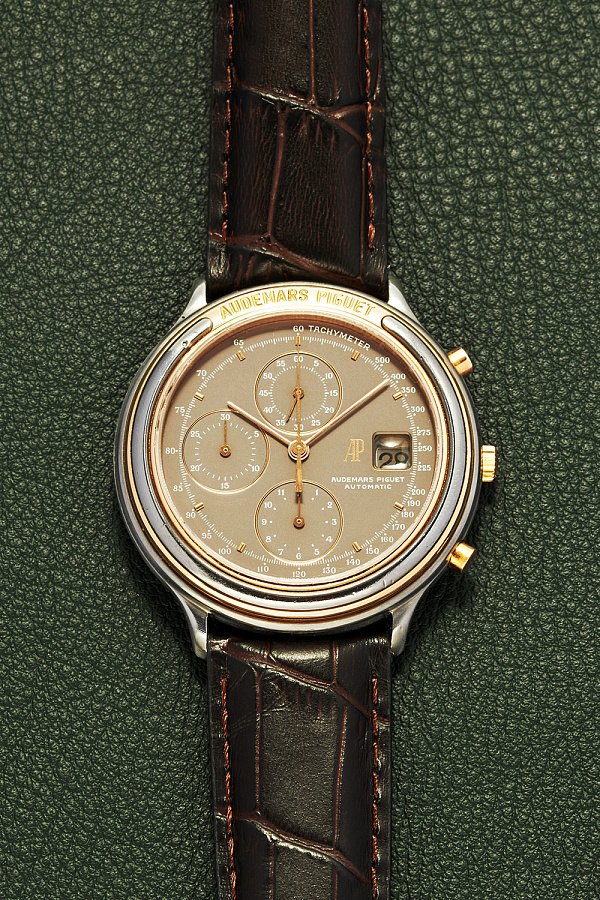 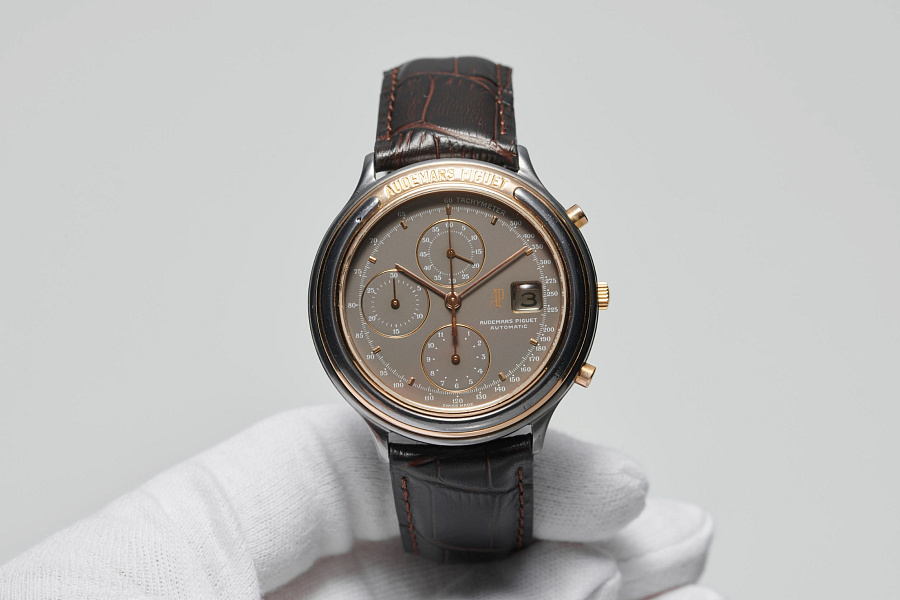 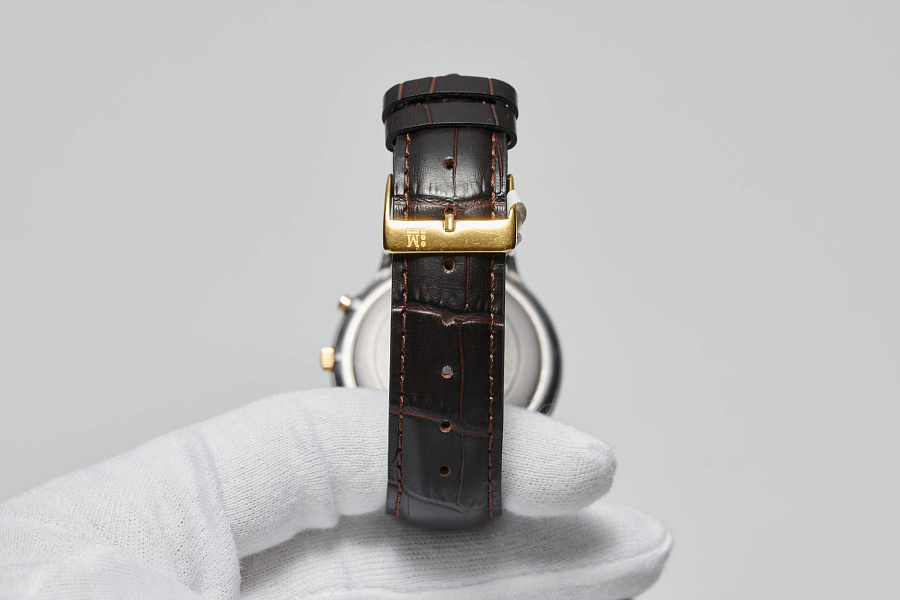 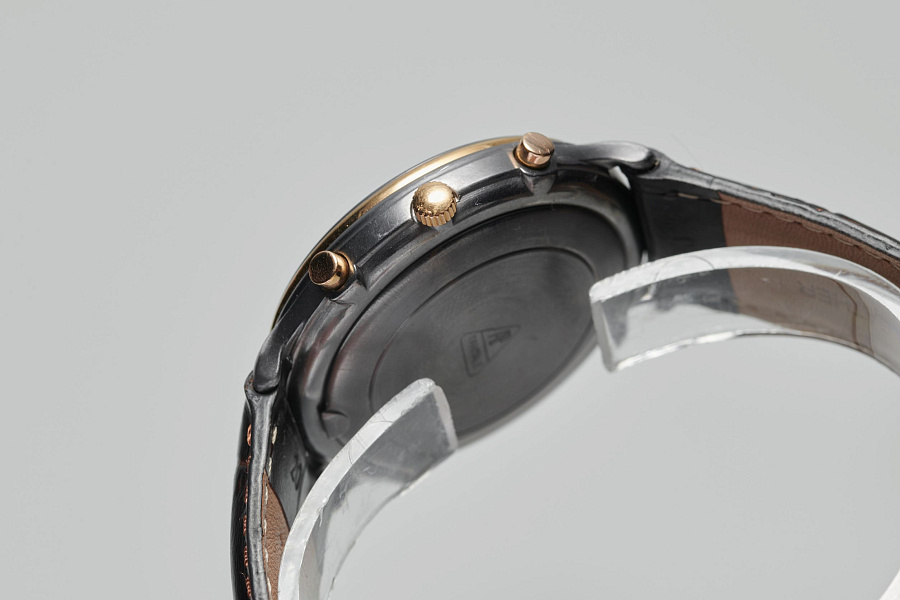 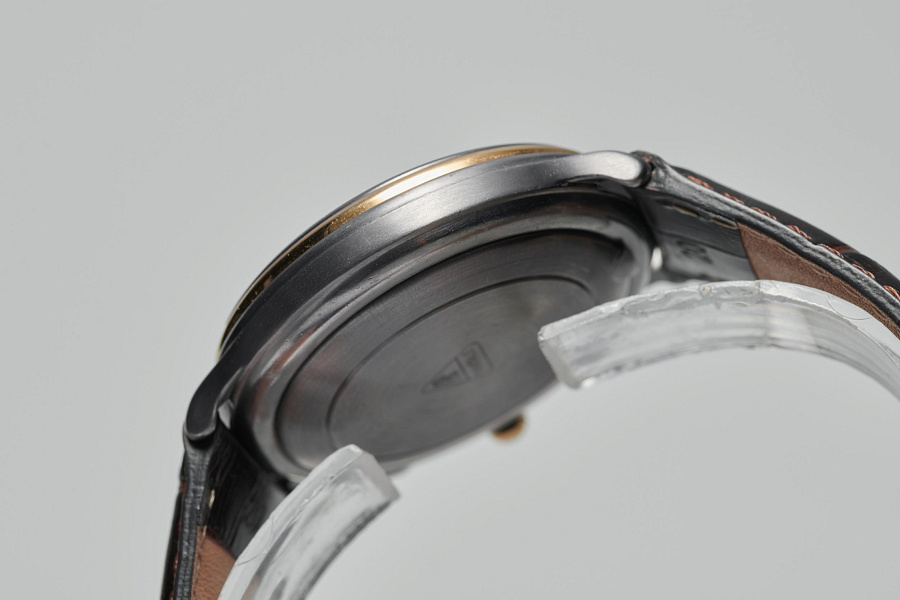 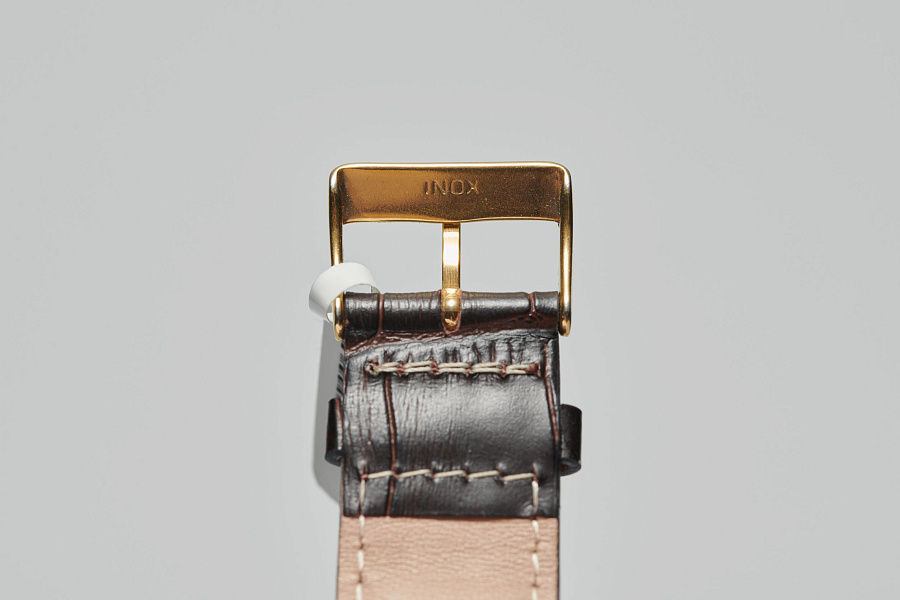 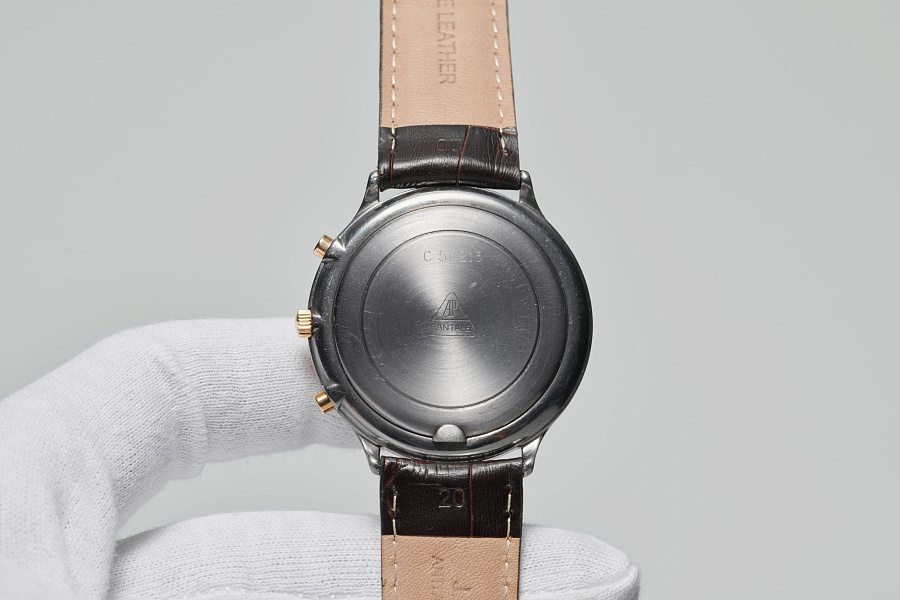 The Huitième collection was launched by Audemars Piguet in the second half of the 1980s – the catalogue ‘Le Collezioni: Orologi meccanici più prestigiosi del mondo 1997’ mentions the year 1987. The Huitième’s design combines a classical style with something unusual for the time – a large case with accentuated small lugs and a logo depicted in relief on the bezel. This watch seems to speak for itself: off the beaten track. A logo on the bezel is nowadays perceived as a reference to the creations of Gérald Genta, who collaborated not only with Audemars Piguet (for whom he invented the Royal Oak design). However, here we refer to an idea he proposed to Bulgari – to put the logo on the bezel of the watch. The Huitième collection included the basic automatic watches of Ref. 14593, the automatic chronographs of Refs. 25644 and 25768, as well as Refs. 25695 and 25751, the automatic models with perpetual calendar and chronograph.

Reference 25644, the most widely known of the Huitième collection, was produced in many versions: in stainless steel, 18k yellow gold and stainless steel, 18k yellow gold, 18k rose gold, platinum 950, and in tantalum and 18k rose gold. The platinum version is the rarest, however, the most acclaimed reference is 25644TR in tantalum and 18k rose gold. The dark grey dial version, as in the present example, is the most impressive and avant-garde-looking design. There were also reasonably rare versions with a matte silver-plated dial and a gold-tone dial with a matte finish (‘salmon dial’). The main feature that distinguishes reference 25644TR from all other versions is its even more unusual bezel design, which is composed of grey tantalum and shiny rose gold, so that a rose gold surface is formed on top, just enough for an embossed logo. The extraordinary design is emphasised by the rose gold crown and chronograph pushers, which stand out in contrast against the grey background of tantalum, a rare, hard, blue-grey, lustrous metal that is highly corrosion-resistant. Tantalum is rarely used in watchmaking, being used more or less regularly by Audemars Piguet and F. P. Journe.

The caliber 2126/2840 premiered in reference 25644, and is widely recognised as the movement of the first-generation Royal Oak Offshore launched in 1993.

Reference 25644 is powered by the 2126/2840 caliber, developed in 1986 based on the self-winding movement-blank of Jaeger-LeCoultre. For the first time in its history, in 1986 Audemars Piguet came up with a practical automatic chronograph with a date indication. Dubois Dépraz's 2840 chronograph module was mounted on top of a base caliber, so the watch’s design took on uncommon features, including the date display deep within the movement, below the chronograph module. Therefore, watches equipped with caliber 2126/2840 and its modernised descendants received a lens built into the dial for the date to be easily read. In addition, the crown was set below the chronograph buttons – this is noticeable when looking at the watch from the side. The caliber 2126/2840 premiered in reference 25644, and is widely recognised as the movement of the first-generation Royal Oak Offshore launched in 1993. The release of the Huitième collection was discontinued circa 1995, while the reference 25644TR production span ended in 1993. Our research shows that the 25644TR release falls in the second half of the C-series, namely with case markings from C-50xxx to C-9xxxx. We have not been able to find any D-series examples. According to our findings, the present example, marked as C-50213, is the earliest of all for which we could find data in accessible sources, which certainly makes this lot even more attractive.

The Huitième Chronograph ‘Early Tantale’ Ref. 25644TR is the earliest 25644TR on the market (to our knowledge at the time of writing). Therefore, the present lot would be an excellent purchase for the collector who desires an unusual, rare and early tantalum and rose gold chronograph wristwatch from a world-renowned traditional watch brand, one of the undisputed leaders in the haute horlogerie watch market. Ref. 25644TR undoubtedly represents an important page in the history of Audemars Piguet. It has an evocative design that marked an era of useful complications, when the 1980s saw the rapid rise in popularity of traditional Swiss luxury mechanical watches. With the development of this reference, Audemars Piguet sought to offer a timeless, impressive and extraordinary design, a breakthrough beyond the boundaries in classic watches. The large for the time 40.5mm diameter seems to be a foretaste of the future trend of increasing the size of wristwatches, soon after so spectacularly embodied in the Royal Oak Offshore.