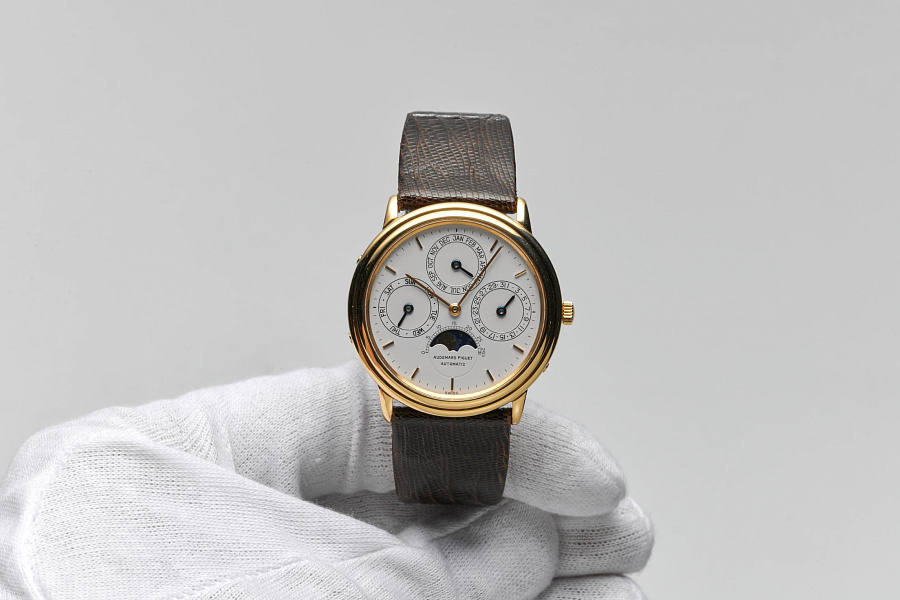 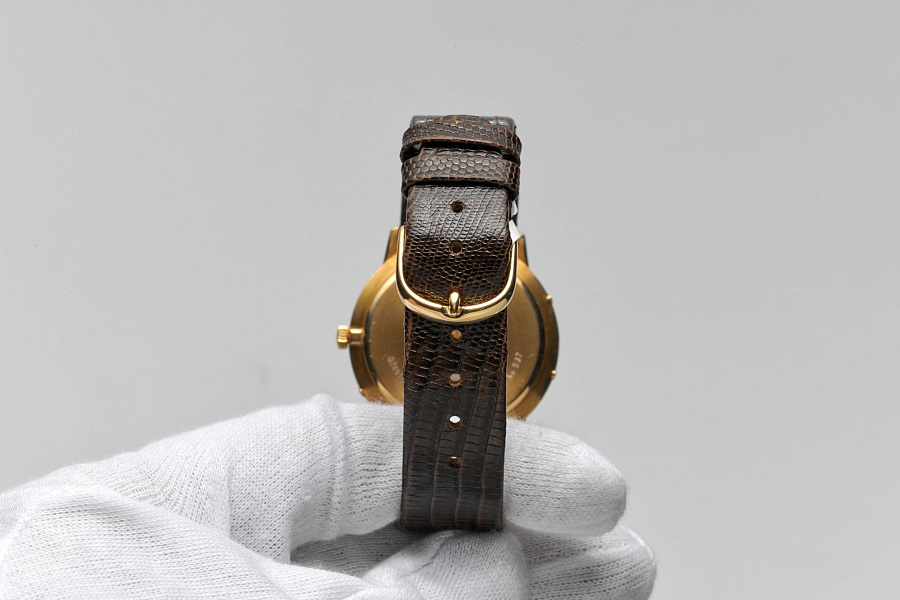 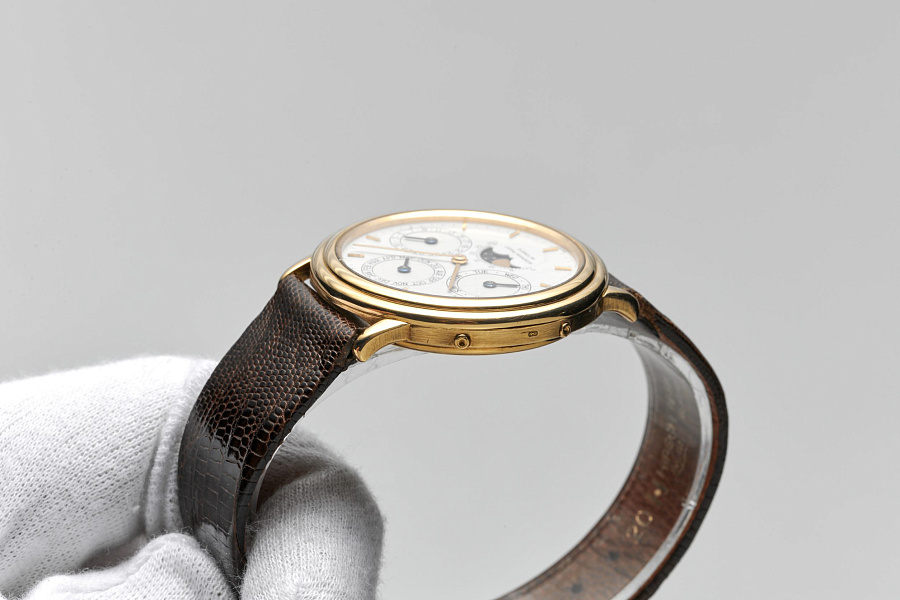 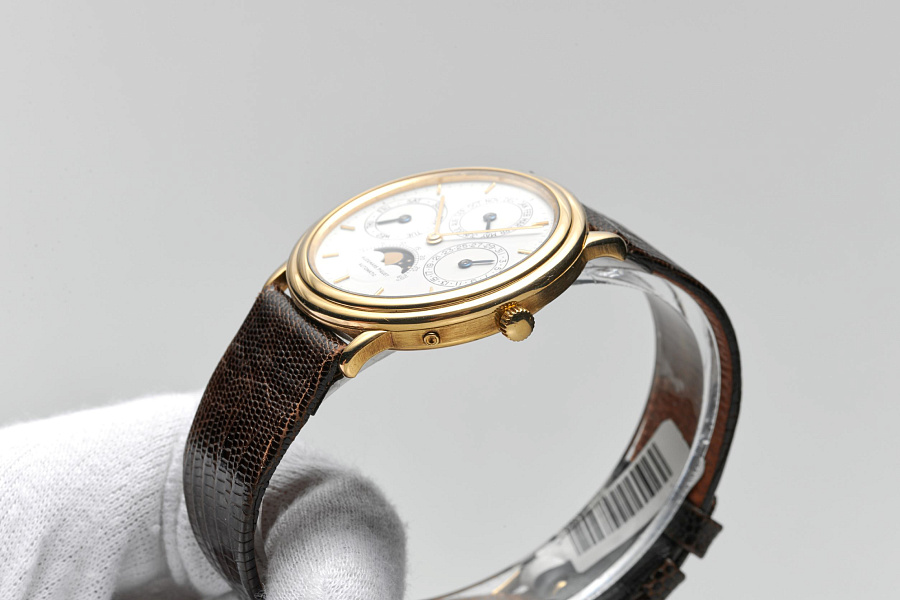 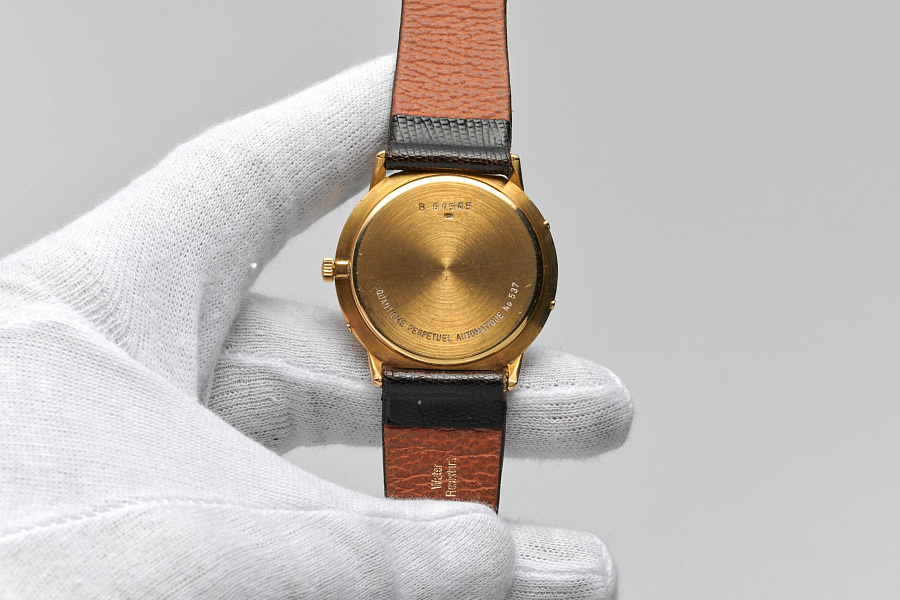 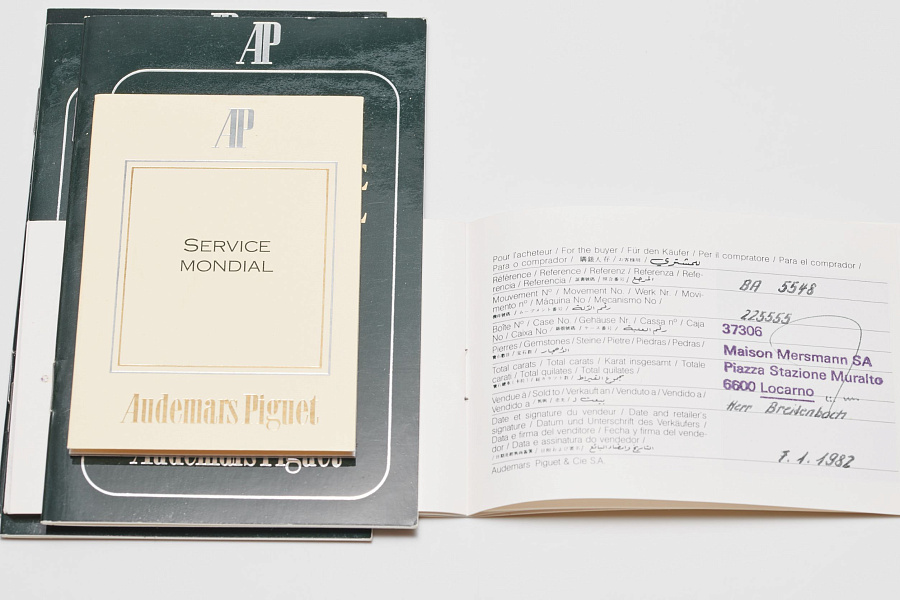 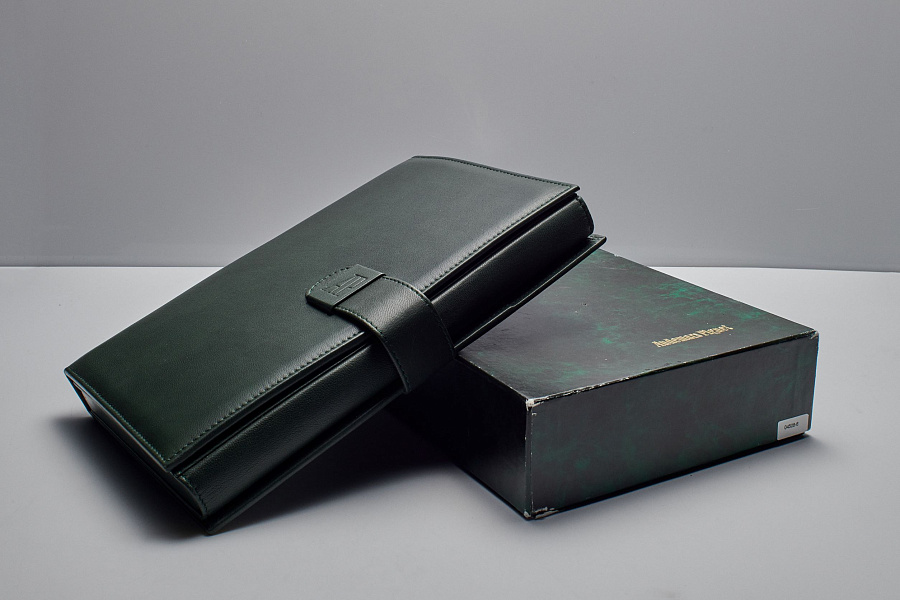 The Quantième Perpétuel Automatique Ref. 5548 is of great significance in the contemporary history of Audemars Piguet, as the launch of this watch and the resounding sales results that followed were the most convincing sign of the return of interest in traditional mechanical watches in general, and the rush for wristwatches with complications. Reference 5548 (after 1984–1985 the five-digit reference 25548 was used) is the first self-winding perpetual calendar wristwatch of Audemars Piguet, and one of the four earliest perpetual-calendar references produced by the brand since 1977 on the basis of the caliber 2120/2800, which had just been developed by the brand at that time. In the book “Audemars Piguet 20th century complicated wristwatches” the brand reports the production of 2,183 pieces over the period from 1977 to 1991, 2,066 of which were Ref. 5548BA in 18k yellow gold (designated as BA5548 in early period), while the total number of perpetual calendar wristwatches released by the brand before 1977 was only 12 pieces – the famous reference 5516, the first ever perpetual calendar wristwatch featuring a leap year indication. Nevertheless, Ref. 5548 and the other Audemars Piguet self-winding perpetual calendars prior to 1993 did not have a leap year indication, it only appearing on their dials in 1993, when its self-winding caliber was upgraded.

The Quantième Perpétuel Automatique Ref. 5548 is of great significance in the contemporary history of Audemars Piguet, as the launch of this watch and the resounding sales results that followed were the most convincing sign of the return of interest in traditional mechanical watches in general, and the rush for wristwatches with complications.

The Ref. 5548 is powered by the ultra-thin self-winding caliber 2120/2800. With a thickness of 3.95mm, it remained the thinnest perpetual calendar movement with a central rotor of the automatic winding system until 2018. The movement is based on a caliber 920 movement-blank supplied by Jaeger-LeCoultre (the famous caliber 2120, finished and assembled by Audemars Piguet), while the calendar module is based on a kit from the Dubois Dépraz factory. Both are long-term partners and suppliers of Audemars Piguet. The small thickness of the movement made it possible to produce remarkably thin and elegant watches, which is especially significant given the complexity of the function of the perpetual calendar itself. Caliber 2120/2800 is the first version of such a movement by Audemars Piguet; it differs from subsequent versions in that it was not equipped with a leap year indicator, although it was Audemars Piguet who, in the 1950s, invented this function for calendar wristwatches.

The present lot belongs to the early period of reference 5548BA, as evidenced by the 5xx serial number engraved and B-615xx case number stamped on the caseback. It should also be noted that the early period of reference 5548 is characterised by the use of the sans serif font in the engraving on the back cover of the “Quantième Perpétuel Automatique No xxx” (as in the present example). There was a transition to an inscription engraved by hand with serif type font, while the serial number was engraved on the top of the back cover in a free style, starting from serial numbers between 711 and 727. In the late period of production (before the number 2000, presumably before approximately 1400), the inscription with the serial number was again engraved in a single line on the caseback’s lower part, but using a serif typeface made by hand.

The Audemars Piguet Quantième Perpétuel Automatique Ref. 5548BA would be an excellent purchase for the collector who desires an attractive, very rare and early perpetual calendar wristwatch from a world-renowned traditional watch brand, one of the undisputed leaders in the haute horlogerie watch market. Ref. 5548BA is a remarkable monument to a difficult era for the Swiss watch industry, known as the quartz crisis, when the Audemars Piguet development team did not give up in the face of such challenges and undertook the designing of a complicated mechanical and automatic movement, which at that time was without compare. The absence of a leap year indicator on the dial emphasises the historical significance of this model and distinguishes it from perpetual calendars of the modern era, which as a rule feature such an indicator. Also noteworthy is the characteristic design of Ref. 5548BA, with a slim, sleek and relatively small (by modern tastes) round 36mm case in 18k yellow gold, stepped polished bezel and matt silvered dial, which are the typical features of 1980s luxury classic wristwatches.